In the 1930s, Japan launched the so-called “Fugu Plan” to draw in tens of thousands of Jewish refugees in order to bolster the country’s economic prosperity. 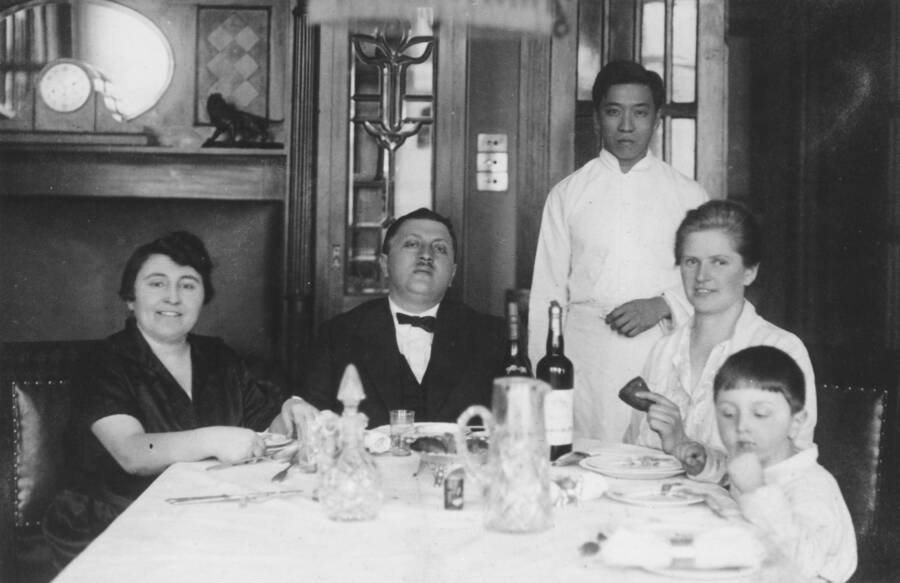 United States Holocaust Memorial Museum, courtesy of Noemi Faingersch SinclairFamilies like this one in Harbin, China made up the thousands-strong Jewish communities which Japanese officers hoped to replicate in their empire.

From the moment it was conceived, The Protocols of the Elders of Zion was viciously anti-Semitic, packed with false charges of a Jewish conspiracy to conquer the world. But for a time, a powerful faction in Japanese military and political circles came to believe that this infamous piece of hateful propaganda was completely accurate.

To them, the book — purportedly notes from a meeting of a Jewish shadow government — was not only true, but it was an indication that, rather than attack the Jews, they should befriend them and use them to their own advantage.

The result was later called the Fugu Plan, an effort to encourage Jewish immigration to Japanese territory before and during World War II in order to bolster the country’s economic prosperity. This is the bizarre story of anti-Semitism’s surprising effects on one of the 20th century’s most infamous empires.

How The Anti-Semitic “Protocols” Made Their Way To Japan 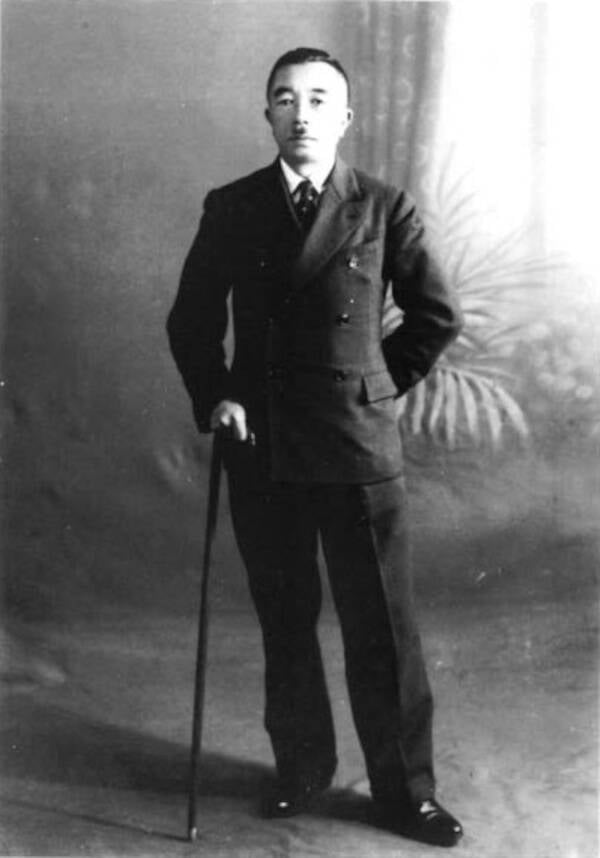 The Protocols made their way to Japan through a group of officers attached to the army of General Grigory Semyonov, a leader of the monarchist White Movement in the Russian Civil War. The book had already been sold in an English edition in Japan, where many were quick to point out its contradictions and falsehoods.

Nonetheless, the book fascinated Major Norihiro Yasue. Yasue had become fluent in Russian and was a natural candidate as an observer, advisor, intelligence officer, and interpreter when Japanese troops headed north from China in 1918. Semyonov, a virulent anti-Semite, gave his troops copies of the Protocols in the original Russian.

From one of these copies, Yasue made the first full Japanese translation in 1921 and shared it with his fellow officers, naval officer Captain Koreshige Inuzuka and General Shioden Nobutaka. Each of them were convinced that the Protocols were genuine, and began discussing their own solutions to what they called “the Jewish Peril.”

While Nobutaka became convinced that violence was necessary, Inuzuka, Yasue, and other officers and leaders began to question that attitude. 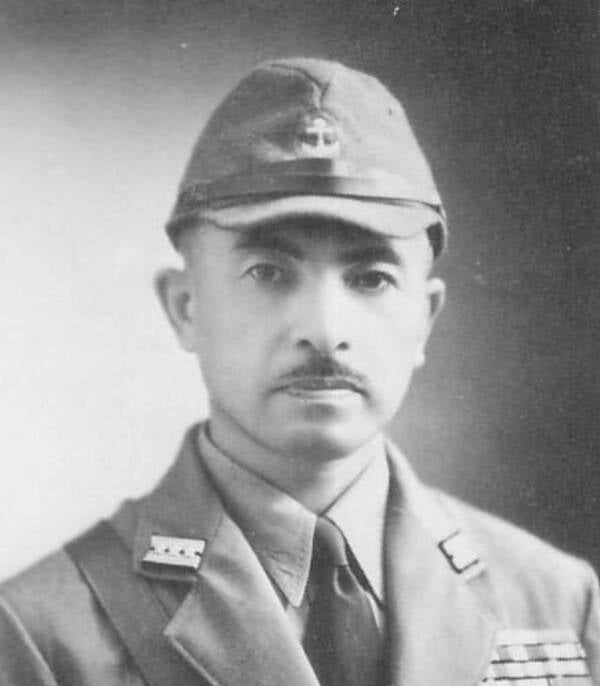 Inuzuka and Yasue came to be seen as “Jewish experts,” despite there being no evidence that they attempted to research Jewish history, culture, religion, or even Hebrew or Yiddish.

Nevertheless, their superiors began to rely on them for advice on Japanese policy towards Palestine and Jews in general. That many early Bolshevik leaders were Jewish was seen as proof of the officers’ conspiracy theories, and the Japanese state decided it needed to establish an official policy.

Based on Inuzuka and Yasue’s advice, Japanese diplomats were strongly in favor of establishing Mandatory Palestine and granting control over it to Britain, steps seen by Zionists as important precursors to a Jewish state. Official letters of congratulation were sent to the Jewish settlement in Shanghai when the measures passed.

As Zionism gathered steam, the Jewish experts continued to publish articles and books written through their unique anti-Semitic lens, earning themselves further favor from high-ranking politicians and officers. In 1927, Yasue was sent to tour Jerusalem, Haifa, and Tel Aviv. He visited kibbutzim, toured cultural sites, and spoke to political and religious leaders.

In his final report, he noted his belief that kibbutzim were prototypes of settlements Jews would use to take over the world, and that no one admitted to knowledge of any global conspiracy. He was sure that it was a cover-up.

The Beginning Of The Fugu Plan

Japan’s Ministry of Foreign Affairs was particularly interested in Yasue’s ideas. Throughout the 1930s, the country’s aggressive imperial expansion in China and across the Pacific had led to diplomatic isolation. Leaders were desperate to reestablish international influence, and the worldwide web of Jewish control which Yasue and Inuzuka claimed existed seemed a tempting resource.

As a gesture of good will, Inuzuka was appointed as the Japanese Kwantung Army’s liaison to the Jewish community in Harbin, Manchuria in 1931, after the region had been conquered from China. He even leveraged a connection with Dr. Abraham Kaufman, a leader in Harbin’s Jewish community later celebrated as Righteous Among the Nations for his efforts in sheltering thousands of refugees in China, in an attempt to generate support for the Fugu Plan.

The effort was undermined when the occupiers turned to Konstantin Rodzaevksy’s Russian Fascist Party to patrol the territory. Thousands of Chinese resistance fighters and bandits violently opposed the occupiers, and while Inuzuka and Yasue argued that settling Jewish refugees in Manchuria would help pacify it, there was little enthusiasm for the idea in Tokyo, where administrators saw a greater advantage in cooperating with Rodzaevksy’s violent group.

Undeterred, in 1934 Inuzuka came across Nissan founder Yoshisuke Aikawa’s proposals to invite tens of thousands of German Jews to Manchuria. He immediately became an enthusiastic supporter of the plan.

Finally, Inuzuka published an article in 1939 extolling the virtues of encouraging Jewish settlement. In a report to senior naval officers, he wrote “The Jews are just like a fugu (blowfish). It is very delicious but unless you know well how to cook it, it may prove fatal.”

Inuzuka’s report echoed the hateful notion that Jews were a poisonous element, but it also contended that they could provide stronger links to American Jews who would use their supposed influence to affect Washington’s policies in the Pacific, inject capital into the Japanese economy, and offer Japan a favorable connection to the mythical global conspiracy.

The End Of The Fugu Plan 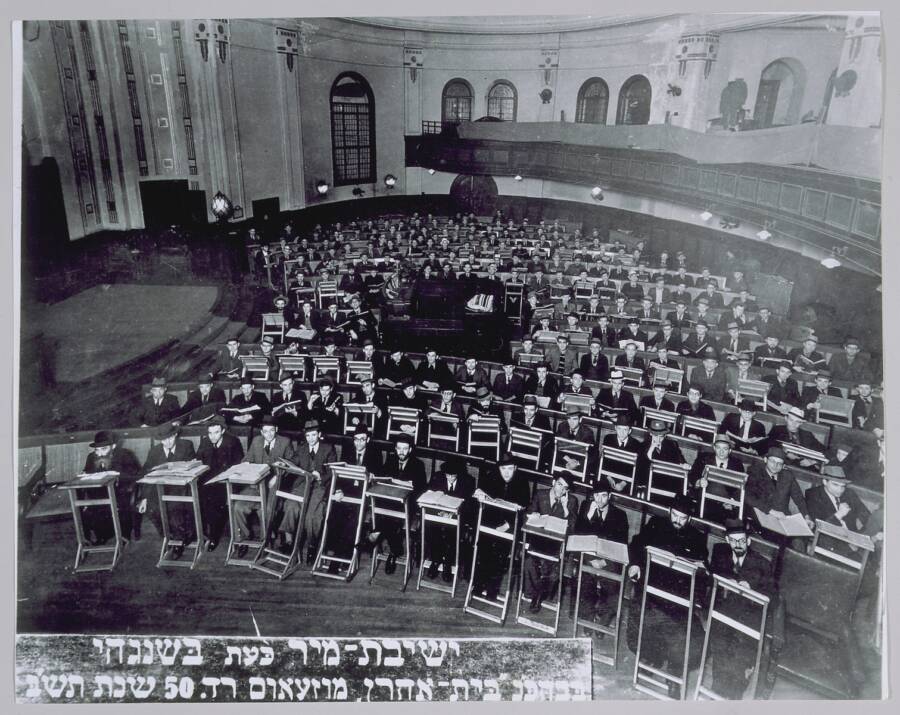 A key feature of Inuzuka and Yasue’s Fugu Plan was the freedom of religion. Inhabitants were to have complete control over the establishment of synagogues and religious schools like this one in Shanghai.

Yasue and Inuzuka got to work compiling lists of potential settlement sites, enlisting the support of Jewish community leaders, and setting up cultural exchanges in the United States to draw comparisons between Judaism and Shinto. As the Second World War raged on, more and more Chinese territory was seized, where multiple settlements containing a combined population of up to half a million were to be set up by the Japanese government and funded by emigrants.

Reception, outside of the Foreign Ministry, ranged from muted to outraged. Jewish Americans naturally felt closer ties to the United States, and refused to consider settling in occupied enemy territory. The Japanese government as a whole had little funding, interest, or resources for the plan. More importantly, the Empire was growing closer to Nazi Germany. Anything which might have jeopardized their alliance, particularly offering aid to German Jews, was to be avoided.

By 1942, the United States had entered the war. The Empire had to commit its resources to fighting a tenacious coalition of resistance groups in China and the American-equipped Allies in the Pacific. If there had ever been any chance for Inuzuka and Yasue’s schemes to succeed, they evaporated when Pearl Harbor was attacked. The Fugu Plan never made it past the drawing board and the bizarre imaginations of a handful of officers.

The Truth About Japanese Activities To Save European Jews 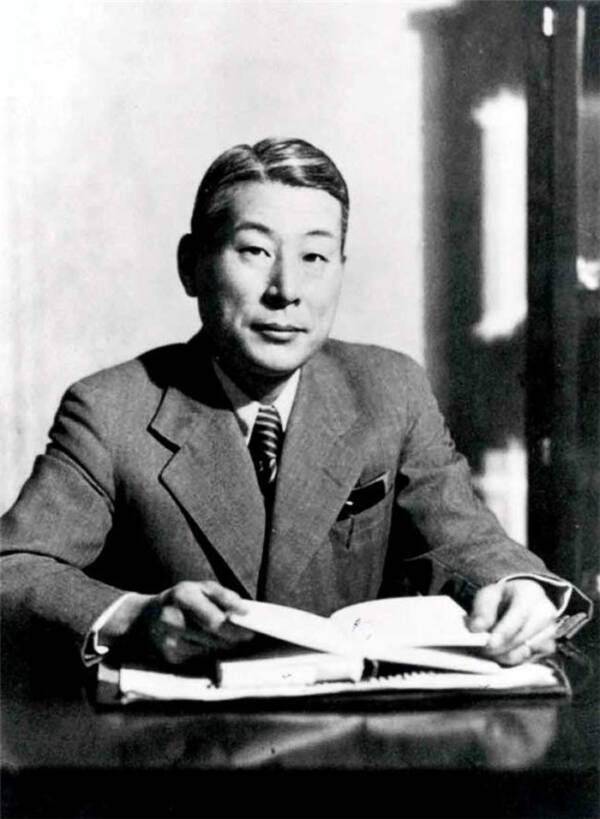 Wikimedia CommonsChiune Sugihara (1900-1986), a diplomat whose efforts to save European Jews were far more successful and humane than the Fugu Plan.

After the war ended, Koreshige Inuzuka grew fond of telling increasingly tall tales about the humanitarian coup de grace his plan would have been, how thousands of innocents would have been saved from the murderous hell of the concentration camps. These claims were little more than speculation, but his friend Rabbi Marvin Tokayer saw some truth in them.

Tokayer was a pioneer researcher in Japan’s small Jewish community in the 1960s, but as a humanistic rabbi, rather than a historian, he didn’t know to check Inuzuka’s claims thoroughly. As a result, Inuzuka’s claims of a fully-approved, operational Fugu Plan passed unbridled into popular culture.

There were Japanese people and efforts which did work, however, and weren’t tainted by association with the The Protocols of the Elders of Zion. The Japanese government’s refusal to surrender the Jewish inhabitants of Shanghai, Harbin, Tianjin, and other Chinese cities to the handful of Nazis in Asia, and their refusal to murder them on the Germans’ behalf, undoubtedly was all that stood between thousands of lives and destruction.

More admirable still was the case of Chiune Sugihara, a member of the Japanese diplomatic mission in Lithuania. During the war, Sugihara used his position to issue over 5,500 visas to Jews fleeing Nazi persecution, allowing a fraction of those targeted for death to escape to safety. As many as 100,000 people would not be alive today if not for his efforts.

It can never be known for certain if the Fugu Plan would have been as successful, but in 1952, Japan made good on its earlier commitment to Zionism, becoming one of the earliest Asian nations to recognize the newborn state of Israel.

Now that you know the strange story of the Fugu Plan, learn about the plight of Ethiopia’s Jews on their long journey to Israel. Then, read about Japan’s plan to start a plague in the United States as a desperate act of war.