To Hell And Back: Ethiopia’s Jews In Israel 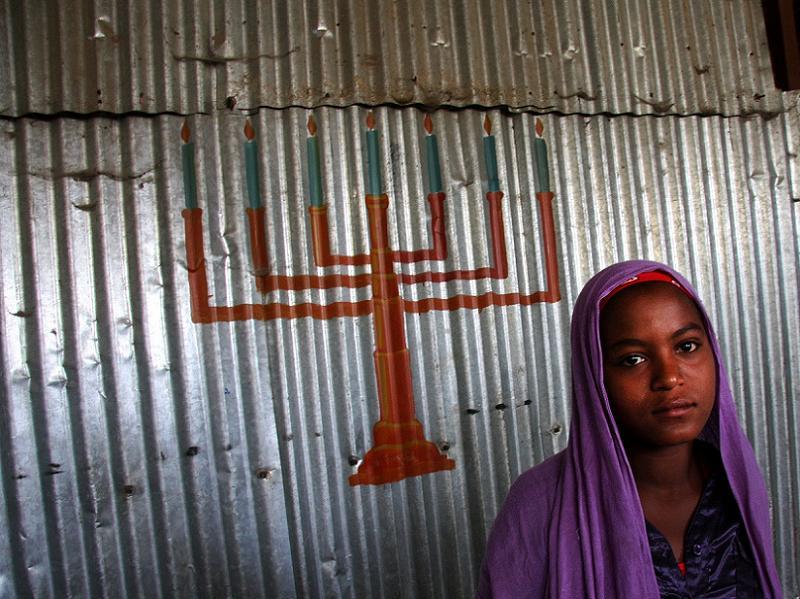 Tucked away in northwest Ethiopia, along a line roughly stretching from Lake Tana to the border of Eritrea, lies the land of Beta Israel. This ancient region was once home to over 150,000 observant Jews, though only around 4,000 remain in the area today, most residents having relocated to Israel in the 1980s and ’90s.

That such a large Jewish community should exist in Ethiopia, of all places, took the outside world by surprise. When Beta Israel – the name means “House of Israel” – came to the attention of Europeans in the 19th century, wild speculations began about where the people came from and whether they really were the descendants of ancient Hebrews, as they had always claimed themselves. We dive into what we know about their story below: 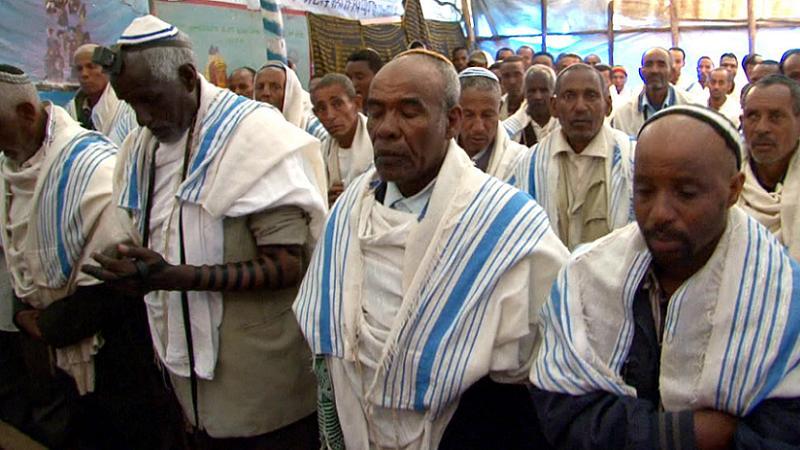 Nobody is really clear where the first Beta Israel people came from. That is to say, everybody has a strong opinion, but they all disagree with each other. Some members of the population adhere to the belief that their society is a direct, linear descendant of Hebrews ('Ivrahi) who migrated south at the end of Egyptian captivity. Source: YouTube 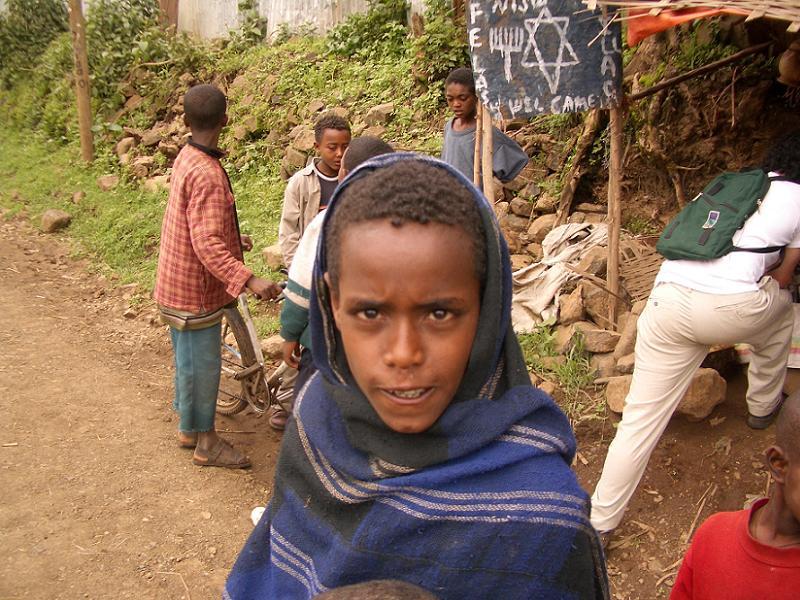 Others believe their group got its start when a splinter faction broke away during the Exodus, or during the Israelite civil war, or at multiple times in-between. Source: Wikimedia Commons 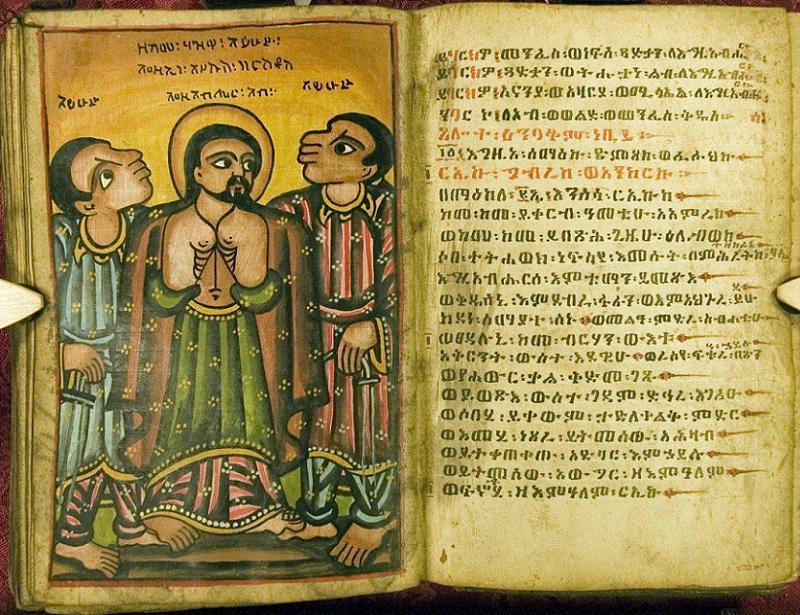 As early as the 9th century, at least one 'Ivrahi man is known to have visited Europe and claimed to be the descendant of the Tribe of Dan. Source: Wikimedia Commons 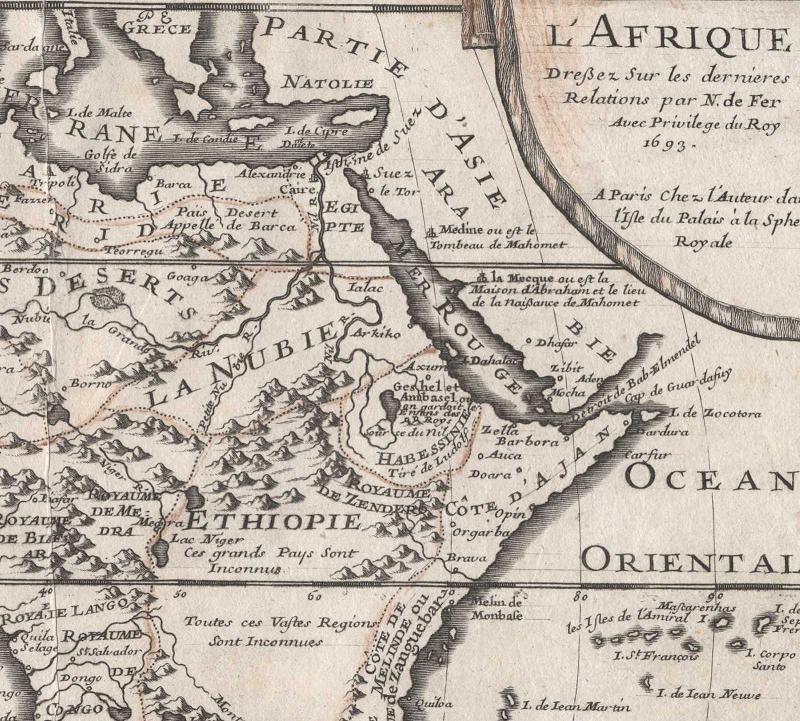 A very common belief among 'Ivrahi is that they're the descendants of Menelik, the son of Solomon and the Queen of Sheba. The idea is that, after the kingdom split, Menelik took a retinue back to Sheba by way of who-the-hell-knows-maybe-Yemen?-maybe-Egypt?, and set up a kingdom of his own. Conveniently, Menelik also took the Ark of the Covenant with him, leaving behind a fake for the Babylonians to steal a few centuries later. Source: IICT 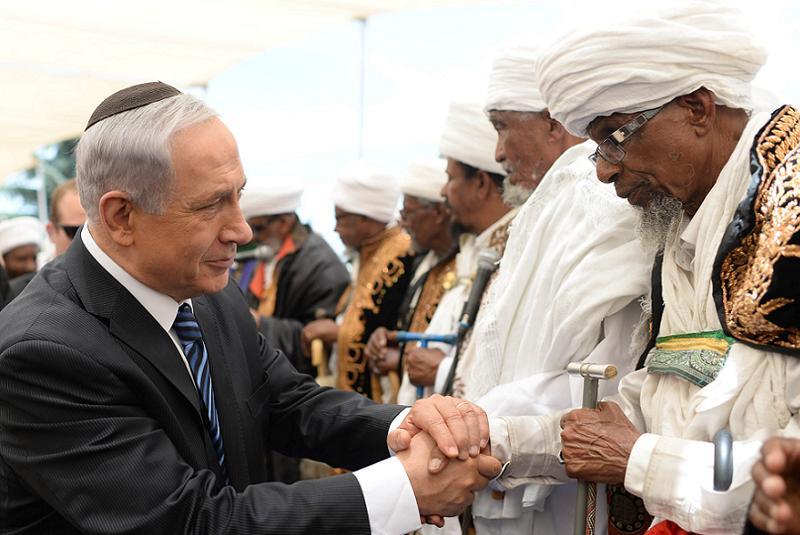 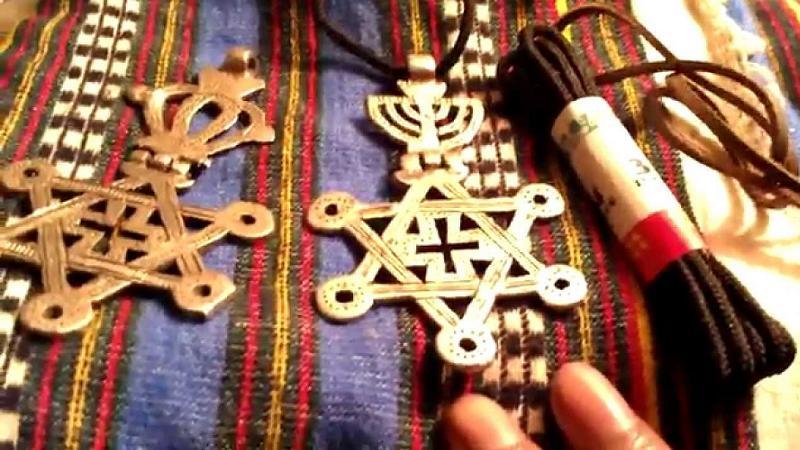 In researching the origins of Beta Israel, a few anomalies cropped up. For one, their practice of Judaism is subtly different from other Jews. They observe Jewish dietary laws, for example, but are forbidden to eat the food of non-Jews without a ritual purification after.

They observe a lunar calendar, but one that differs in some significant ways from mainstream Jewish timekeeping. They also have no native tradition of Hanukkah, which very strongly suggests they were already an independent community by the second century BC, when the tradition began in Judea. Source: YouTube 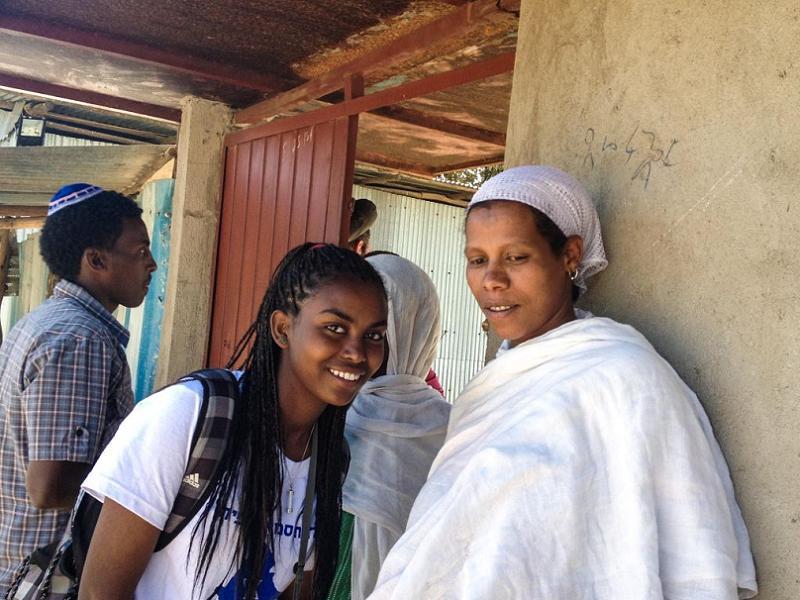 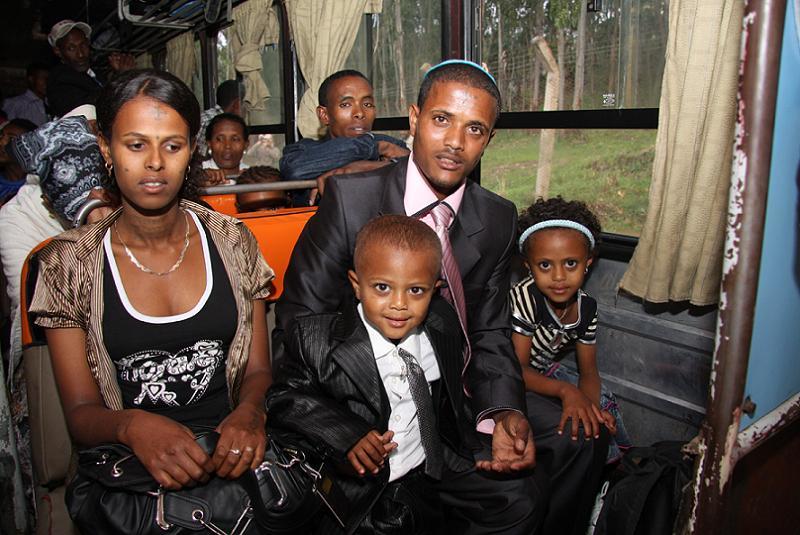 They're not Jewish, at least not by blood. The linked study found that Jewish populations all over the world resemble each other genetically far more than they resemble the surrounding populations. Sephardic, Roman, Ashkenazi, and other Jewish groups all share many common genetic factors. Beta Israel is the exception.

Study after study has found that the people of Beta Israel are most closely related to the Amhara, Tigrayan, and Oromo people who dominate the region they come from. Some Somalian haplotypes have found their way into Beta Israel as well. Source: North Country Public Radio 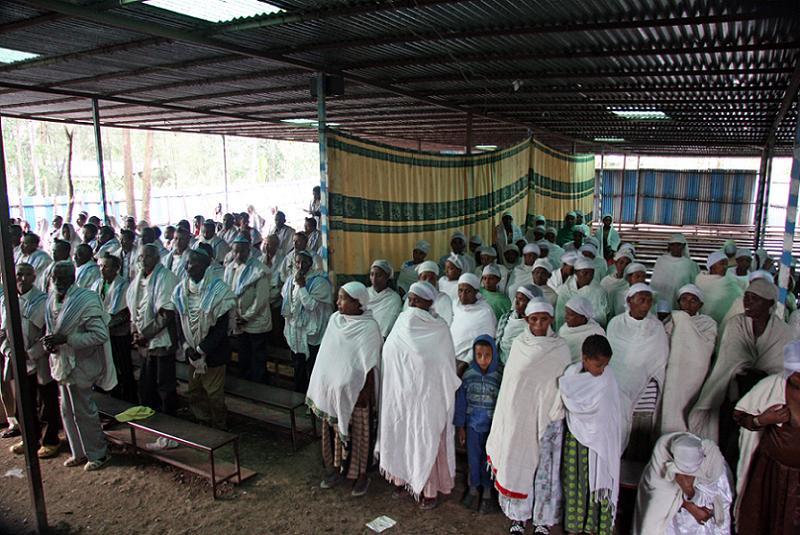 Interestingly, a 2012 study found some typically Jewish genetic markers among Beta Israelis, which suggests an early "seed" population, as if a small group of Jewish emigrants entered the area, perhaps over 2,000 years ago, and integrated with the local population, which was primarily drawn from the surrounding ethnic groups.

What's odd about this is that, while the genetic trace is slight, and the vernacular and liturgical languages of Beta Israel were both African, not Semitic, the practice of Judaism, calendar, and oral traditions have been highly conserved, suggesting that religious scholars were among the early colonists. Source: North Country Public Radio 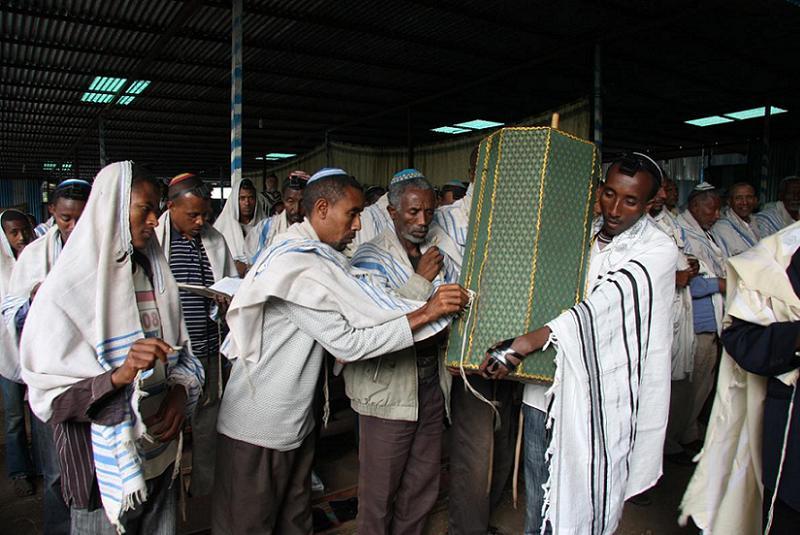 Unlike Islam, which regards children as belonging to the religion of their fathers, Judaism traces through matrilineal descent. That is, you're Jewish if you have a Jewish mother. Gentiles may also become Jewish if they go to the trouble of converting. With this in mind, the State of Israel decided, in 1977, that Beta Israel is Jewish, and that the Law of Return applies to its people. And there hangs a tale. . . Source: Public Radio East 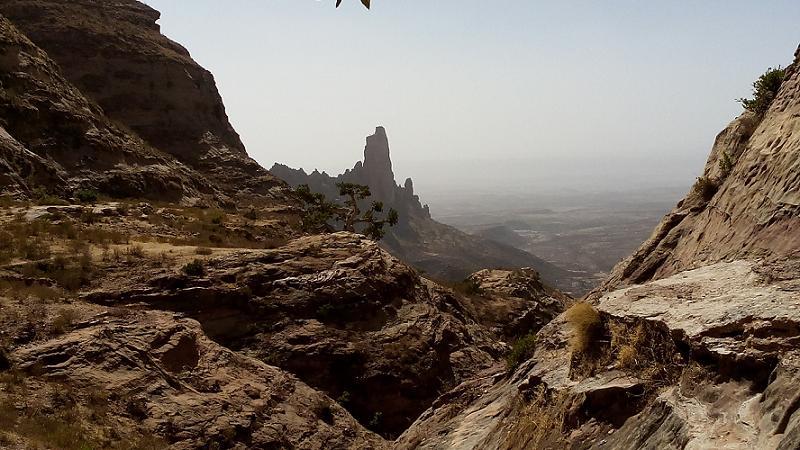 Beta Israel has never been popular with its neighbors. For hundreds of years, every Beta Israel settlement had to be built in high, easily defended hills and heavily guarded. Source: Mahlet Tour 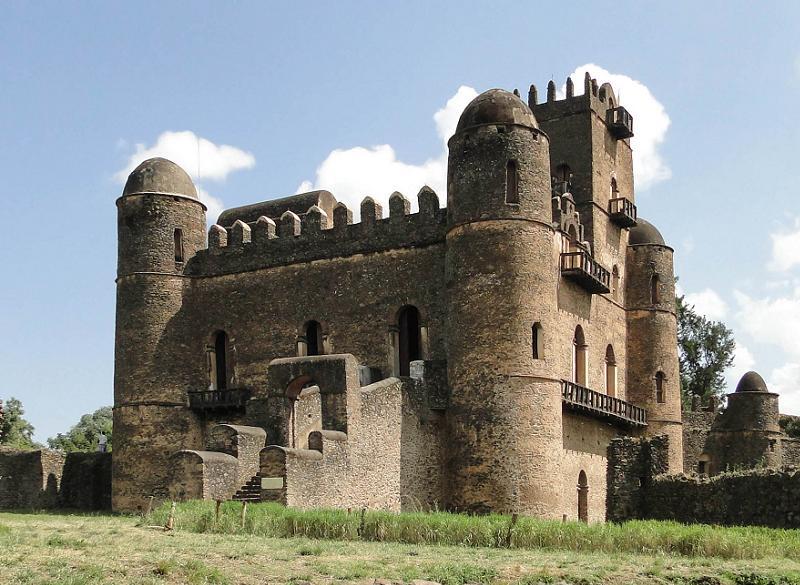 The long period of war and struggle ended in the mid-9th century with victory for the Beta Israel kingdom. For once, there would be a little bit of peace in the land. Source: Wikipedia 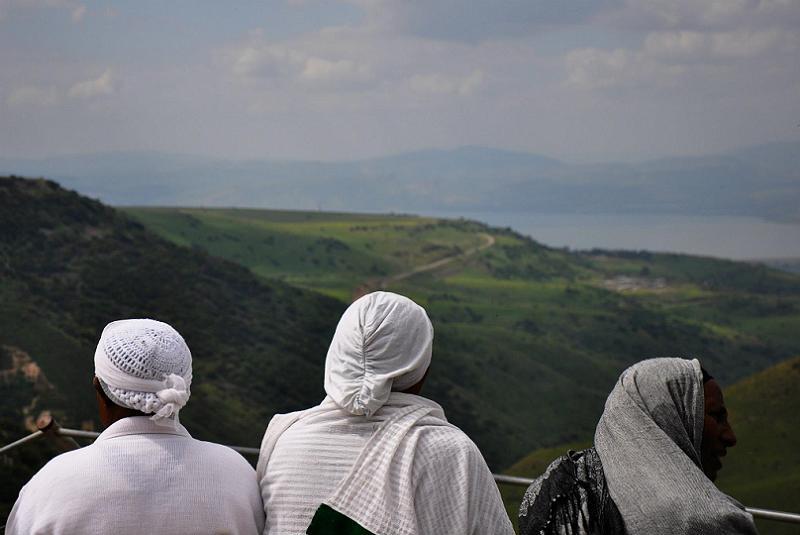 That peace lasted until the 15th century, when the kingdom fell and the persecution started in earnest. Heavy pressure from the surrounding Christian tribes, which were joined in the 1850s by the London Society for Promoting Christianity Amongst the Jews, encouraged thousands to convert. At the same time, Beta Israel lands were being chipped away at the edges of their territory. Source: The Politic 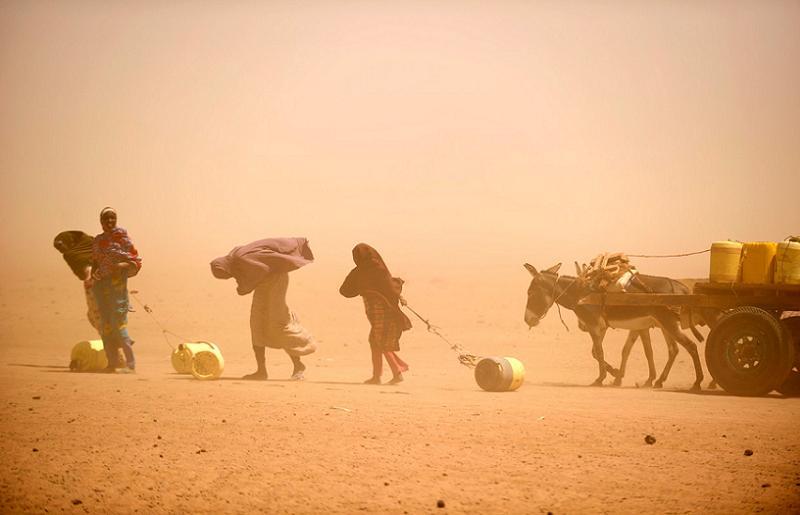 Ethiopia's experience in the 1970s and '80s was pure nightmare fuel. Violent revolution combined with drought and civil war devastated the country, putting millions in danger of starvation and death. Source: Blogspot 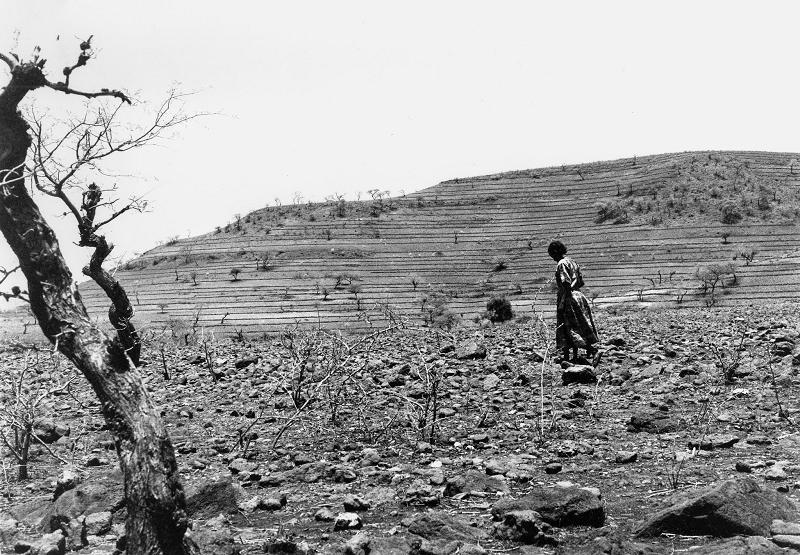 The cry was raised in Tel Aviv to rescue the Jews of Ethiopia before the unfolding catastrophe engulfed them. Source: World Vision 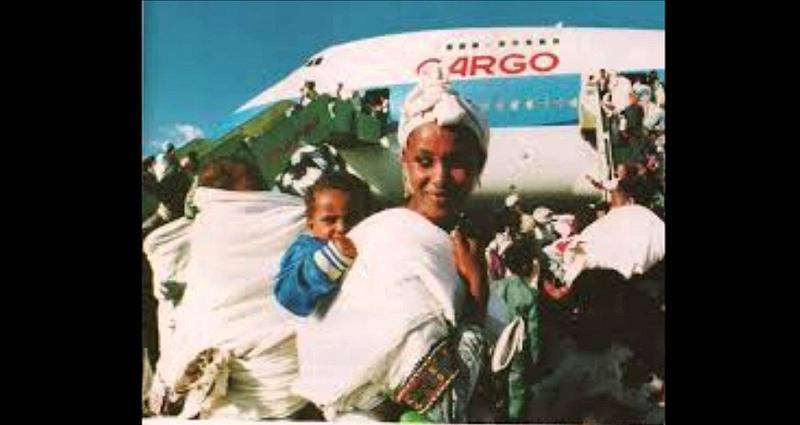 In 1979, the Ethiopian government outlawed emigration of Jews to Israel, so Israeli intelligence swung into action. Setting up camps in the southern areas of Sudan, Mossad arranged for thousands of refugees to pose as Christians and cross over to relative safety, pending transport to Israel. In 1984, an Israeli newspaper leaked news of the operation, which then had to be halted. Over 10,000 people were stranded in camps with no place to go. Source: YouTube 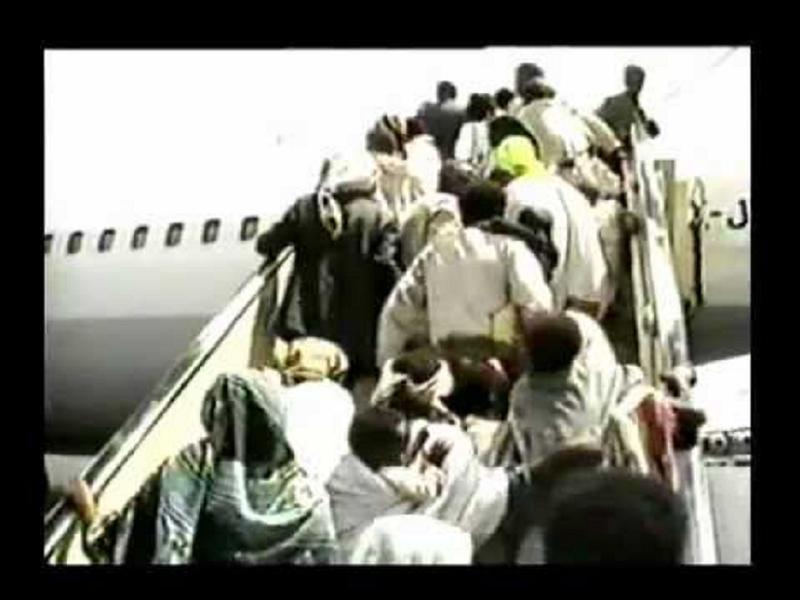 In two operations, dubbed "Moses" and "Joshua," the US and Israeli governments airlifted thousands of refugees to Israel by 1985. Around that time, the central government lost control of Beta Israel lands, and the evacuation was stepped up. With the collapse of the dictatorship, what had been a stream became a flood, as the Israeli Operation Solomon began. Source: YouTube 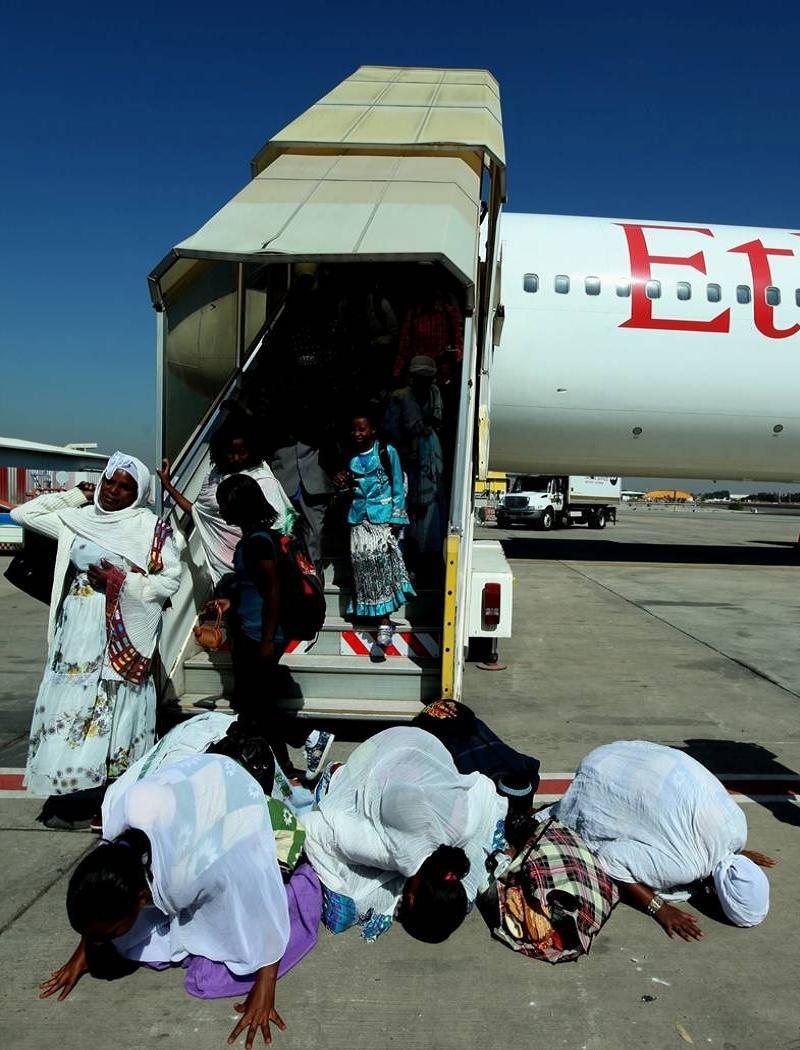 Operation Solomon was amazing. In 36 hours, between May 24 and 25, 1991, over 14,000 refugees were flown from Addis Ababa to Israel on commercial aircraft. The El Al planes used in the operation were even stripped of their seats to provide extra room for passengers on each flight. Source: UIAVIC 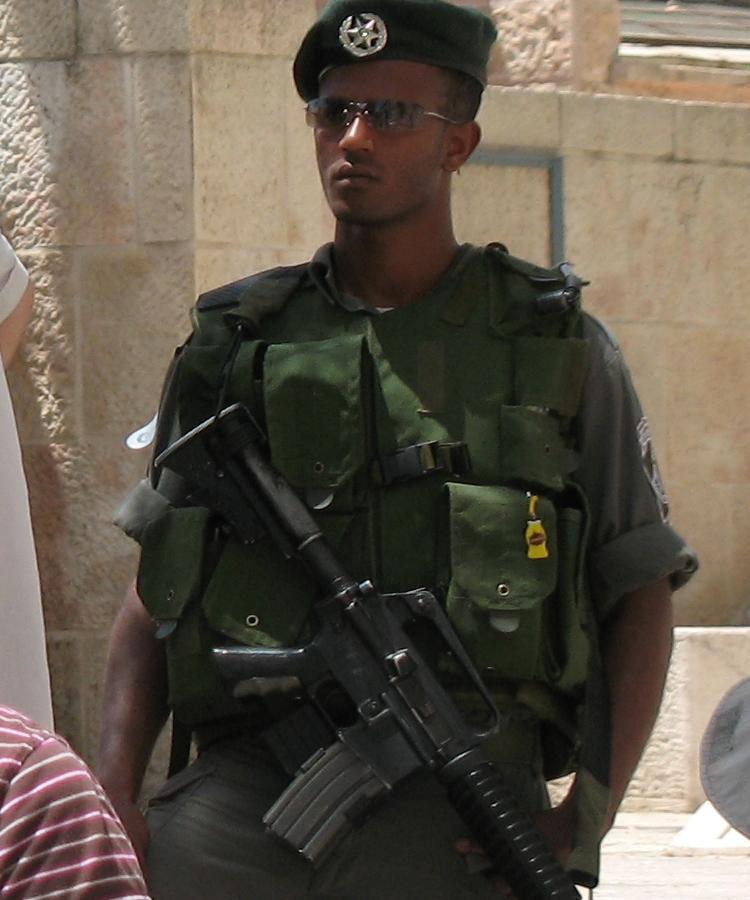 Today, an estimated 130,000 Beta Israelis live in Israel, making up just under three percent of the population. Source: Wikipedia 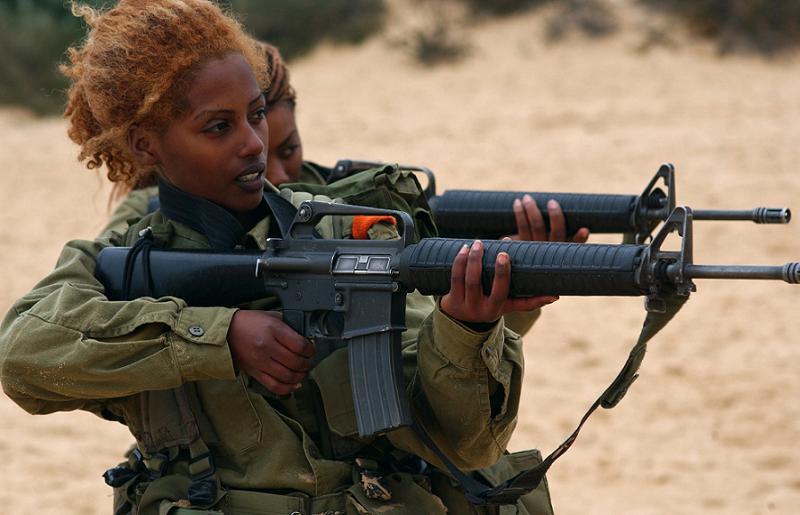 The young people often serve in the IDF, though integration into the larger society is difficult for the older generation. Source: Forum Biodiversity 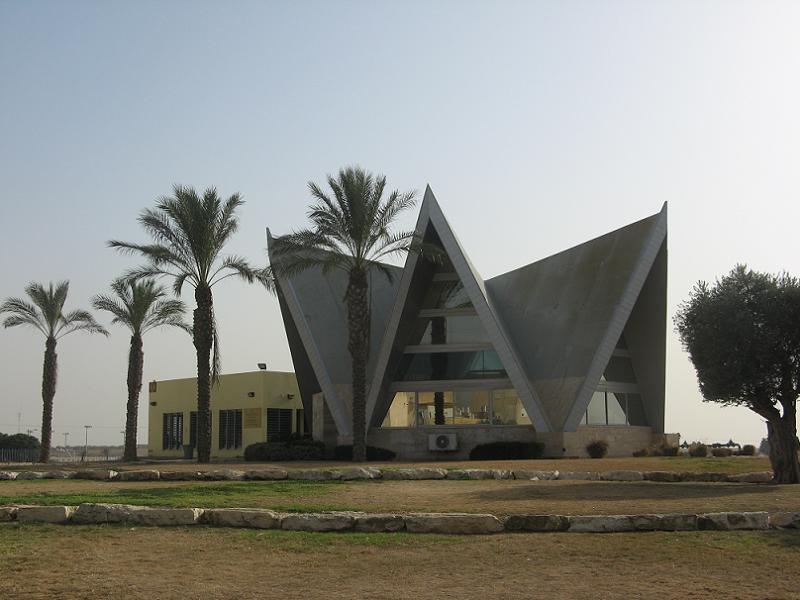 A Beta Israel synagogue in Netivot. Even today, many Beta Israel keep to their own communities, even to the exclusion of contact with other Jewish people. Source: Wikipedia 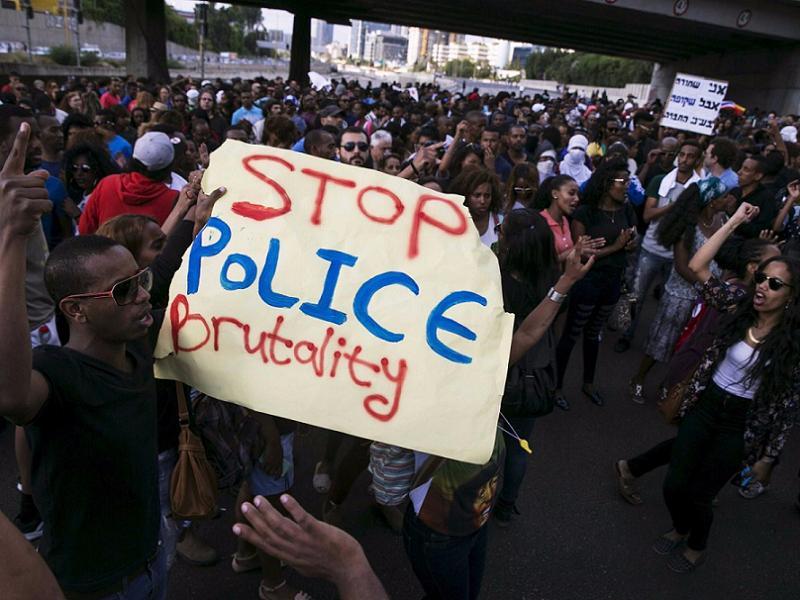 As is depressingly common in places with a racial divide, many Ethiopian Israelis complain of unfair treatment by the authorities and of discrimination in work and housing. A group closely related to Beta Israel, the Falash Mura, which is made up of the Christian descendants of Jewish converts, is currently subject to severe travel restrictions. Members of this group may only emigrate to Israel if they convert, not just to Judaism, but to Orthodox Judaism, an unusual restriction to be placed on any group of incoming refugees. Source: Xpat Nation