The Haunted History Of The Myrtles Plantation

According to local myth, this Deep South plantation was home to multiple murders and other tales of great suffering, inspiring ghost sightings that continue to this very day.

There’s something eerie about plantations. Relics of America’s earlier age, they evoke images of tragedy and human suffering. It’s not surprising that some plantations are believed to be haunted by the people that toiled in their fields or happened to perish on their grounds.

One such place is the Myrtles Plantation in St. Francisville, Louisiana. A silent witness to over 200 years of history in the deepest part of the Deep South, Myrtles is considered one of the most haunted places in America.

What inspired this reputation? And is there any truth to the claims of ghost sightings at Myrtles?

The Beginnings Of The Myrtles Plantation

The Myrtles Plantation started out as a piece of land purchased by David Bradford, a general of the American Revolutionary War. Here, he built a house in 1796 and named the place “Laurel Grove.”

Fleeing justice for his role in the so-called Whiskey Rebellion of 1791-94, Bradford built the house in what was then a Spanish colony.

He lived there alone for several years until he was officially pardoned by U.S. President John Adams in 1799. He then brought his family to live on his new plantation. 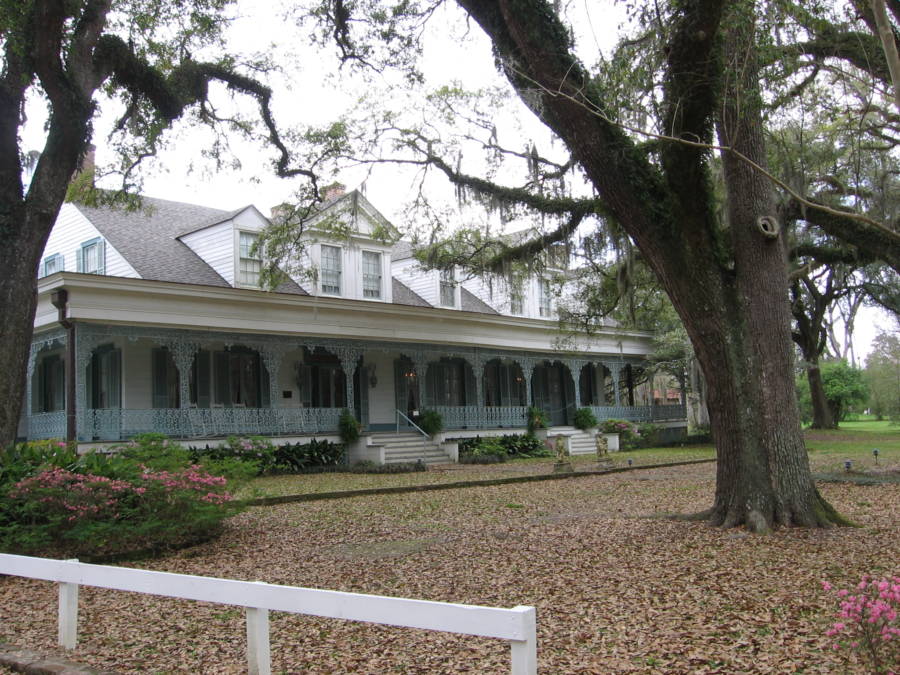 After Bradford’s death, the grove passed to his daughter and her husband, Clarke Woodruff. But their life there wasn’t a happy one. Of their three children, only one survived to adulthood.

It was during the time that the Woodruffs lived on the Myrtle Plantation that we get the first glimpse of alleged paranormal activity.

The Legend Of Chloe

As the popular story goes, Clarke Woodruff was known as an honest man. Yet, he had one fatal flaw: an insatiable appetite for sex. It wasn’t long before he focused his attention on one of the slave girls on the plantation: Chloe.

The young girl knew that refusing Woodruff’s advances would not be wise: she’d immediately be punished by working long hours under the blistering sun, or worse. So, not having much choice in the matter, she began a sexual relationship with Woodruff that lasted for a few years.

Worrying that Woodruff’s wife would find out and punish her, Chloe began eavesdropping on the family’s conversations. One day, Woodruff caught her listening and ordered her ear cut off as a punishment. From then on, Chloe was forced to wear a turban to cover her disfigured ear.

Understandably, Chloe wanted revenge. One night, when the family was about to sit down to dinner and Woodruff was away, Chloe allegedly slipped a bit of poison into their food. Within days, Woodruff’s wife and two of his children were dead.

The other slaves, afraid that Woodruff would find out what Chloe had done when he returned, took the matter into their own hands.

They grabbed Chloe and hung her from a nearby tree. When she finally died, they cut her body down and threw it into the river.

According to legend, Chloe’s spirit lived on, haunting the plantation. However, this story would not become widespread until many decades later. 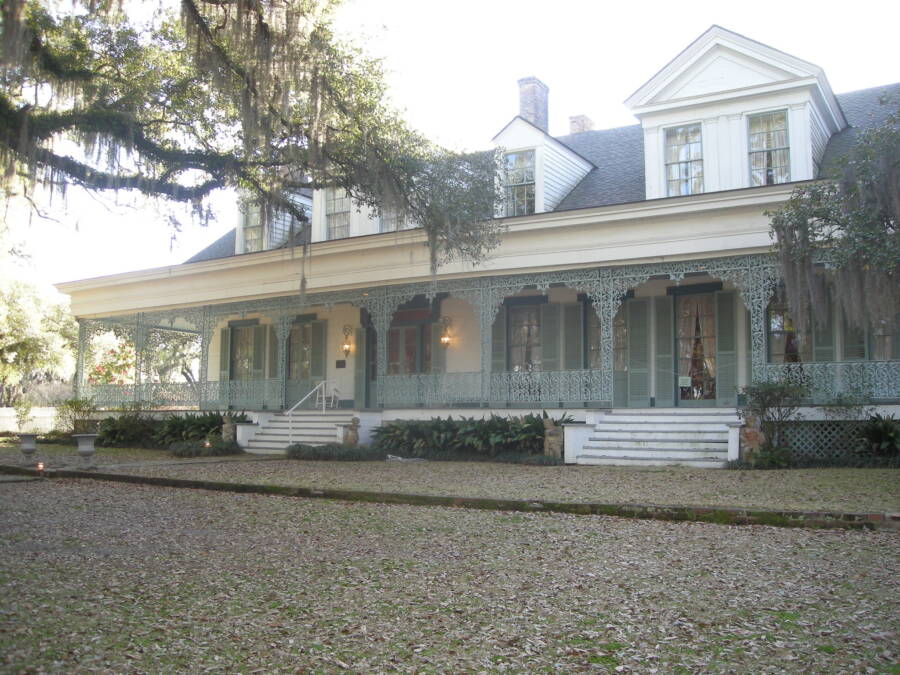 In 1834, Woodruff sold the plantation to one Ruffin Gray Stirling. Stirling not only remodeled the house but also renamed the plantation after the crepe myrtle trees that grew on the property.

Sometime after, the plantation passed to William Winter, a man who married one of the daughters of Sterling.

Then, in 1871, an unnamed man shot Winter in the chest as he was exiting the house. He allegedly ran back into the house and stumbled up the stairs before dying in the arms of his wife Sarah.

After this, Myrtles continued to pass through different hands. It wasn’t until much later that something unnatural allegedly began occurring at Myrtles Plantation.

It would take until the 1970s when Myrtles Plantation was purchased by the Meyers family, that its reputation as a haunted house would come about. The family opened the plantation as a bed and breakfast and it didn’t take long for strange things to take place.

Many suggested that this might be the spirit of Chloe, which by this point had become a full-blown local legend. Then, in 1992, the owner of Myrtles supposedly caught her on film.

That year, she took a photo of the property to help get an insurance policy for the house. The photo was quickly forgotten until three years later when a researcher asked to use it for a postcard. After blowing it up, he allegedly noticed the figure of what appeared to be a young girl.

According to the owner, there was no one in that spot that day. 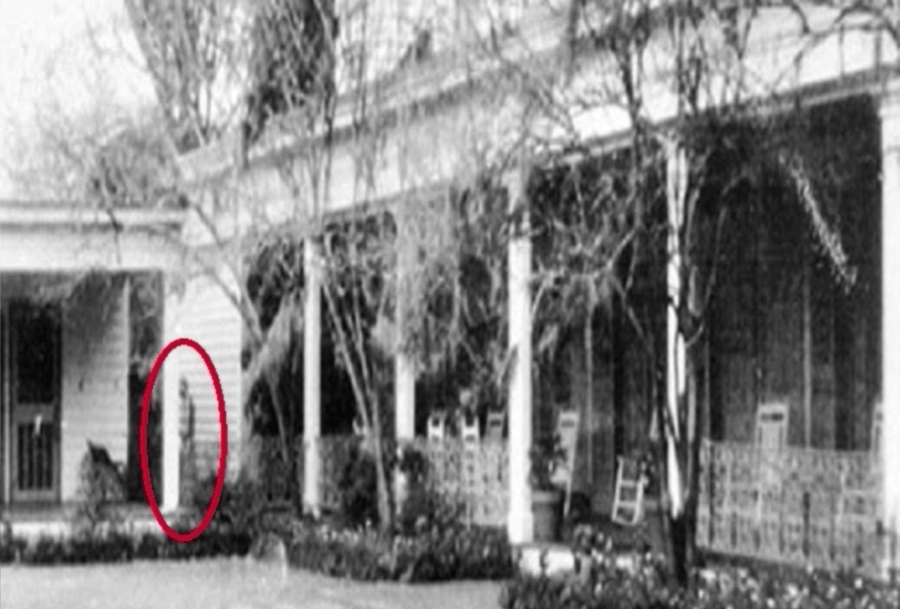 Fortean Slip/ YoutubeAlleged photo of the ghost of Chloe at Myrtles Plantation with the figure circled.

Other Ghost Sightings At Myrtles Plantation

The vengeful ghost of an abused girl sounds scary enough. Yet, if other sightings are to be believed, she’s not the only paranormal resident of Myrtles.

Some people claim to have seen young girls in old-style clothing in the windows. Others say that they’ve caught glimpses of Woodruff’s children appearing in the mirror near the room where they died.

Worse yet, according to another local legend, Myrtles Plantation was actually built on top of an old Indian burial ground: a common idea in tales of paranormal activity.

Indeed, some people report seeing the spirit of a Native American woman in a gazebo on the property. Presumably, she is one of the people buried here long ago.

Meanwhile, others have reported seeing William Winter, the only man we know for certain was killed at Myrtles Plantation.

According to this story, Winter’s ghost relives his last moments by loudly staggering through the house’s entrance and running up the stairs to the 17th step where he allegedly met his end.

Some people even claim to have caught the ghosts on film. Although some of these photos are undeniably spooky, they look somewhat grainy and raise suspicions over their authenticity. 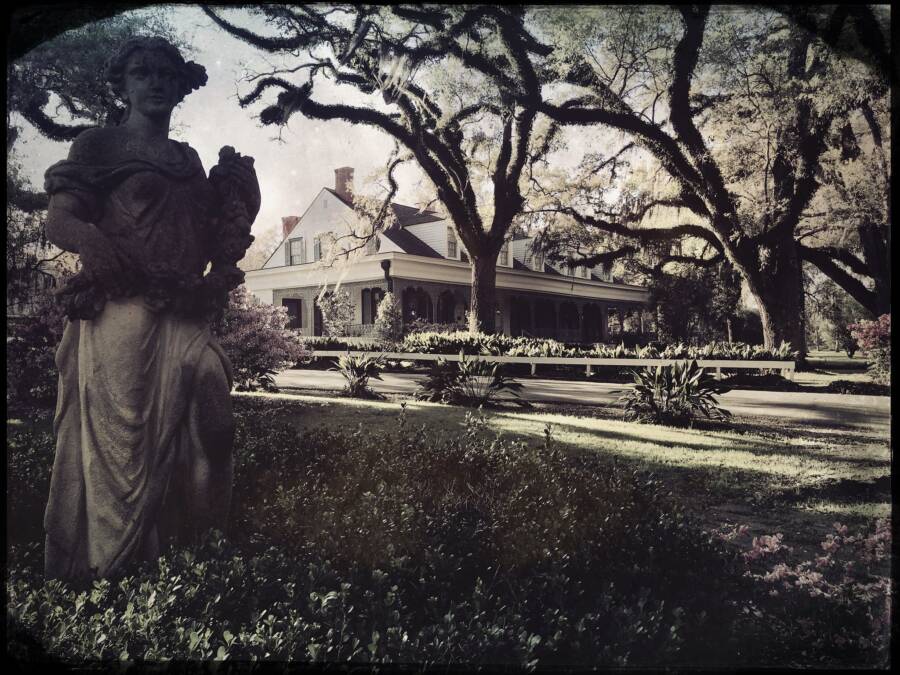 Truth Or Myth? You Decide

The Woodruffs never recorded owning a slave by that name. And though Woodruff’s wife and children did die, they weren’t poisoned.

Like many people in colonial Louisiana, they succumbed to yellow fever. In fact, many of the more gruesome events that are supposed to have happened in the house, like the ten murders allegedly committed there, also seem to be made up.

Of course, anywhere with as much history as the Myrtles Plantation is bound to pick up a few legends over the years.

Is that enough to say that strange things don’t happen at Myrtles? There’s only one way to find out. If you’re up to it and ever find yourself in Louisiana, you could always spend the night.

After this look at the Myrtles Plantation, step inside Los Angeles’ supposedly-haunted Cecil Hotel. Then, read up on the Perron family and the Enfield haunting — the inspiration for The Conjuring.