Bob Ross’ Death: How The Final Days Of The Happy Painter Led To A Bitter Feud Over His Estate

Bob Ross was 52 years old when he died from lymphoma in Orlando, Florida. His company was worth $15 million — and his former business partners wanted it all. 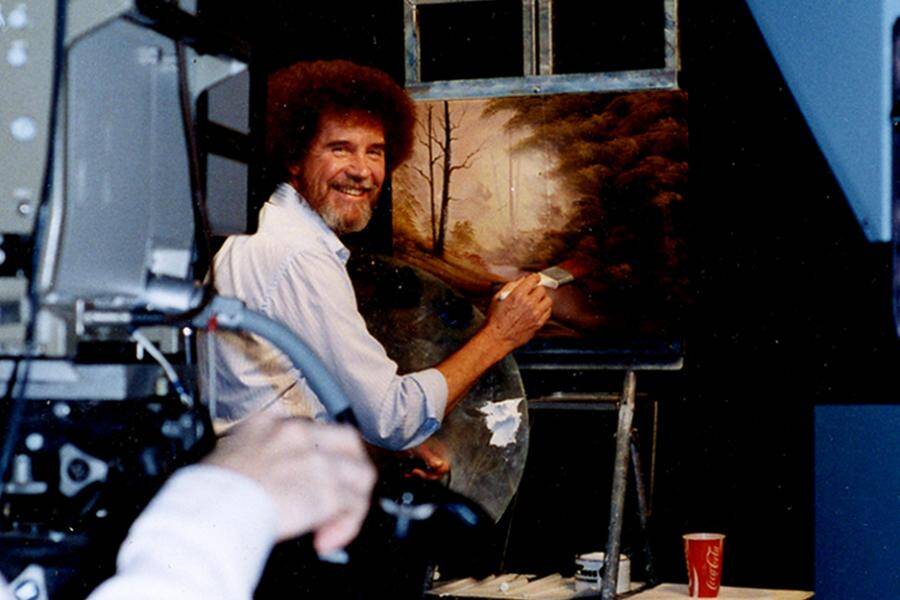 WBURBob Ross on the set of The Joy of Painting. He filmed more than 400 episodes.

When Robert Norman Ross died in 1995, the headline of his New York Times obituary read simply, “Bob Ross, 52, Dies; Was A Painter On TV.” It was tucked at the very bottom of the page, and it was the only one in the section without a photo.

Since then, the happy painter’s legacy has only grown. Bob Ross-method painting instructors now teach throughout the country. And he has a massive base of fans who love his chronic cheerfulness, laid-back attitude, and hypnotic voice in reruns of his long-running public television show The Joy of Painting.

His fame, however, was not so much a product of his artistic talent, which was pioneering in its own right, as it was the result of his golden character. He became a force of goodness that encouraged viewers to believe in themselves.

And yet Bob Ross’s death was anything but joyful. Bob Ross died on July 4, 1995 following a brief and unsuccessful battle with cancer. But in the months before his death, he was plagued with legal and personal battles over his will and ownership of his estate. At some points, he was even heard shouting into the telephone from his deathbed.

Bob Ross’s Death Was Preceded By A Happy Life 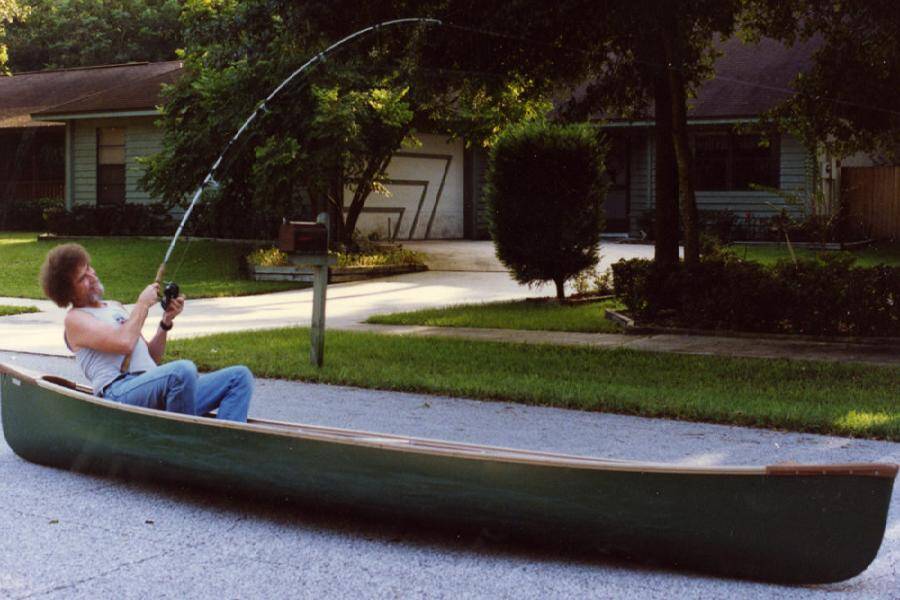 Imgur/LukerageBob Ross’s life did not get the happy ending he deserved.

Bob Ross was born on October 29th, 1942 in Daytona Beach, Florida. His father was a carpenter, and Bob was more at home in the workshop than school. He dropped out of school in the ninth grade to work as his father’s apprentice before joining the Air Force at the age of 18.

He spent 20 years with the military, primarily in Fairbanks, Alaska, working as a drill sergeant. But he hated yelling at young recruits, and took up painting as a way to calm himself after long days. He allegedly swore that if he ever left the Air Force, he would never shout again.

An incorrigible optimist, Ross studied under a painter named William Alexander, whose technique of rapidly applying layers of oil paint over each other without waiting for the previous layers to dry was known as “wet-on-wet.” And Ross perfected it so masterfully that he was soon able to finish a canvas in under 30 minutes.

It turned out that 30 minute paintings was the perfect amount of time for a TV slot. And The Joy of Painting premièred on January 11, 1983. But despite his new-found celebrity status, he always remained a humble and rather private person and devoted much of his time to fostering animals like deer, squirrels, foxes, and owls.

That’s not to say he was without his vanities. In between tapings, the soft-spoken painter was known to take joy rides around the neighborhood in a fully-restored 1969 Chevy Corvette he bought with his new-found wealth.

By and large, Ross’ life was like the show he put on when he painted in front of the camera: an inspiring story about a good-natured man who followed his dreams and was rewarded for it. Unfortunately, Bob Ross’s death turned into an unhappy coda on the life of one of art’s most joyful painters.

How Did Bob Ross Die? 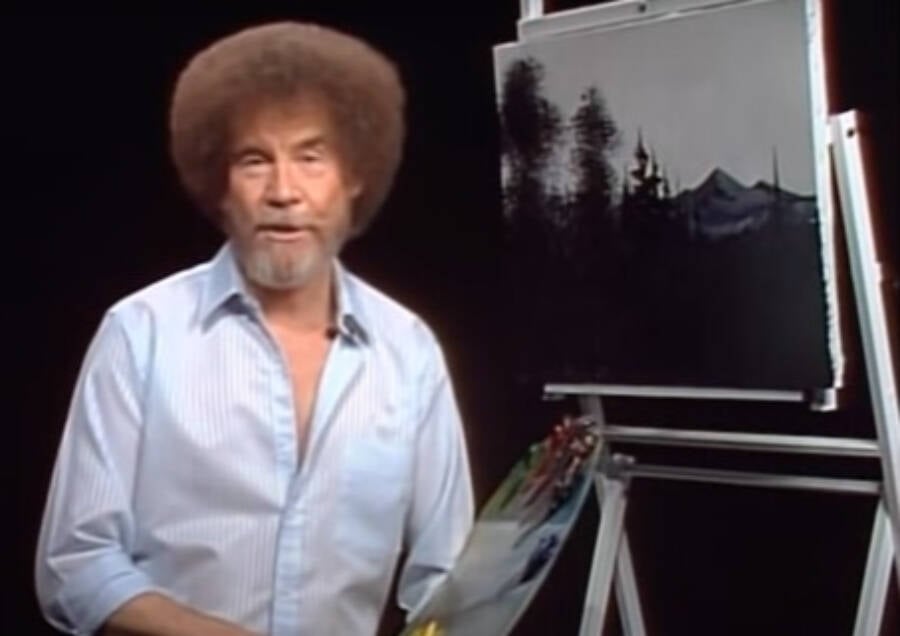 YouTubeRoss was suffering from lymphoma during his final televised appearance.

According to those who knew him, Bob Ross always had a feeling he would die young.

He had smoked cigarettes for most of his adult life, and by the time he was in his 40s, he had suffered two heart attacks and survived his first battle with cancer. The second, against a rare and aggressive type called lymphoma, would prove too much for him.

Ross was diagnosed in 1994, around the time he was getting ready to put the last episode of the thirty-first season of The Joy of Painting on tape. Eagle-eyed viewers may notice the once towering and energetic painter looking rather frail in his final televised appearance, though the worst was yet to come.

Shortly after leaving television, Ross lost two famous trademarks. His perm fell out and his soothing voice became coarse. His failing health took him out of The Joy of Painting studio in Muncie, Indiana, and back to his estate in Orlando, Florida. During his final months, he didn’t even have the energy to paint.

Bob Ross died on July 4, 1995 in Orlando, not far from where he was born 52 years earlier. His gravestone, located in Woodlawn Memorial Park, is marked with the words “television artist.” On most days, his resting place is decorated with paintings left there by visiting students.

In life and in death, Ross was a simple man of simple taste. Per request, his funeral was attended by only of a few close friends and family members. All who had received an invite were there to show their love to the “happy painter.”

The Battle Over Bob Ross’s Estate 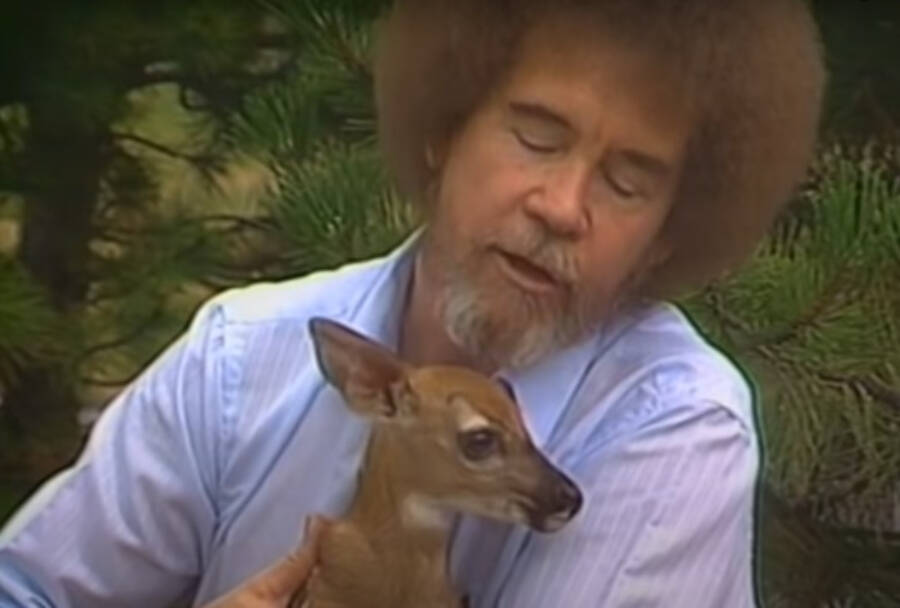 YouTubeEven in death, Bob Ross lives on as one of the most iconic artists of all time.

By the time Bob Ross died, he was the owner of a massive painting empire. He produced a line of art supplies with his face on the packaging, including palates, brushes, and easels, as well as instructional booklets. He even taught personal lessons for $375 per hour. By 1995, his business was worth over $15 million.

And the battle over the Bob Ross, Inc. empire began before he had even died. Days before The Joy of Painting came to an end, his business partner, Walt Kowalski, left him a bone-chilling message.

Reporting for The Daily Beast, writer Alston Ramsay referred to this message as a “declaration of war, full of legalese and posturing.” It had “a single purpose: complete ownership over Bob Ross, his name, his likeness and everything he had ever touched or created.”

Walt, along with his wife, Annette Kowalski, met Ross when he was still an apprentice, and together they helped the magnetic painter launch his own television series in the 1980s. They had once been so close that Bob Ross wrote in his will that Annette was to be in direct line to administer his estate.

But tension began in 1992, when Ross’ second wife Jane, one of four owners of Bob Ross, Inc., died of cancer. After Jane’s death, her share was divided between Ross and his partners.

The Kowalskis, who had owned a majority stake in Ross’ company ever since, were now waiting for the painter to give up his part of the cut. Steve told The Daily Beast how his father spent his final hours locked in a “steaming-hot” shouting match with them.

But just as Ross could change a painting half a minute before the end of an episode, so too did he make some lightning-quick adjustments to his will. In it, he handed the right of his name and likeness over from Annette to his son Steve. And his estate became the property of his third wife Lynda, whom the painter married on his deathbed.

The Lasting Legacy Of The Happy Painter 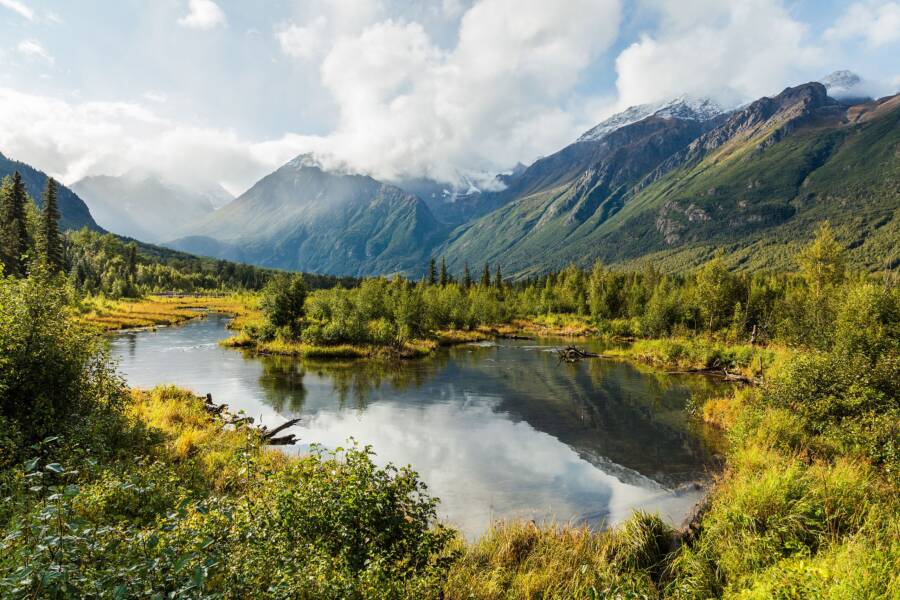 Wikimedia CommonsThe stunning landscapes of Alaska will forever be tied to Bob Ross.

Though stations continued to air reruns of The Joy of Painting for a few more years following Bob Ross’s death, the painter and his work slowly began to fade from memory. Before long, he had been reduced to a cherished childhood memory of people who grew up in the 1980s.

Then the age of the internet brought back Ross from the dead. In 2015, Bob Ross, Inc. made a deal with the live-streaming service company Twitch. The television network wanted to launch their brand with a stream-able marathon of The Joy of Painting.

The company agreed, and just like that the “happy painter” became front-page news again. A new generation of people – some of whom were interested in painting and some of whom just wanted to relax after a long, tiring day – discovered Ross for the first time.

Today, Ross is more beloved than he ever was. His lasting success is due, in part, to the timelessness of his message. In truth, The Joy of Painting isn’t so much about learning how to paint as it is about learning to believe in yourself, to trust in others, and to appreciate the beauty of the natural world.

And so, Bob Ross lives on even after his untimely death.

After reading about the death of Bob Ross, learn about the tragic life of “Family Feud” host Ray Combs. Or, read about Rod Ansell, the real life Crocodile Dundee.