The Astounding Yet Tragic Tale Of Rod Ansell, The Real-Life Crocodile Dundee

Though few know his name and his life ended in tragedy, Rod Ansell proved to be more incredible than "Crocodile" Dundee ever was.

Movie-going audiences of the 1980s ate up movies like Raiders of the Lost Ark and Romancing the Stone, which depicted rugged alpha males navigating untamed jungles and rescuing beautiful women from peril. The 1986 Australian adventure movie Crocodile Dundee proved to be yet another success in this genre, becoming the second highest-grossing movie in the United States that year and the most successful movie that Australia had ever made to that point.

Yet, despite the popularity of the movie’s titular character, few people outside of Australia knew the story of the man who inspired the character: Rod Ansell. 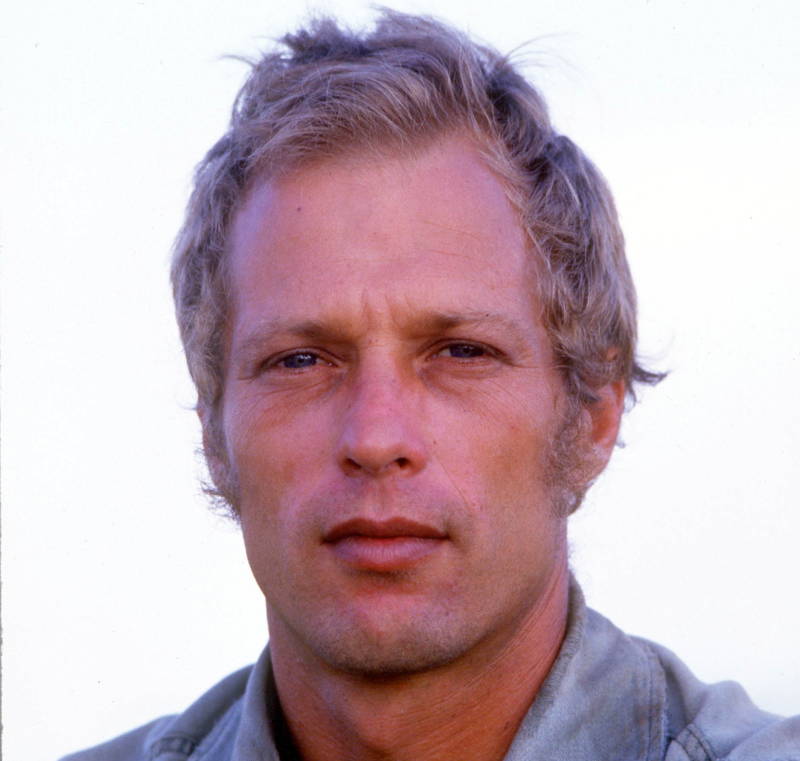 A decade before the film exported the Australian Outback to the rest of the world, Rod Ansell grabbed headlines in his home country by surviving a 56-day ordeal in the bush. What followed were interviews with the press, book deals, television coverage, and eventually that very popular movie.

Ansell never saw a dime from the movie though, and the fame that he never asked for eventually contributed to his unraveling and eventual death during a shootout with police in 1999.

Twenty-two years earlier, the incident that made Rod Ansell an unlikely celebrity in Australia occurred when the then 23-year-old set out alone on a supposed fishing trip — he would later admit that he was poaching crocodiles — and became stranded after his boat capsized in an isolated part of Western Australia.

Ansell had told his girlfriend that he’d be gone for a few months, so when he became lost there was no one to sound the alarm. Alone with only his two dogs, a rifle, knife, roll of bedding, and a few cans of food survive on, Ansell found himself isolated on a deserted stretch of the Fitzmaurice River.

More than 120 miles from the nearest human civilization, Ansell recalled hunting wild buffalo, sometimes drinking their blood to stave off dehydration, and sleeping in trees at night to avoid detection from large crocodiles and dingos.

Emaciated but otherwise healthy, he was eventually rescued when he heard horse bells and found three Aboriginal ranchers and their cattle manager. 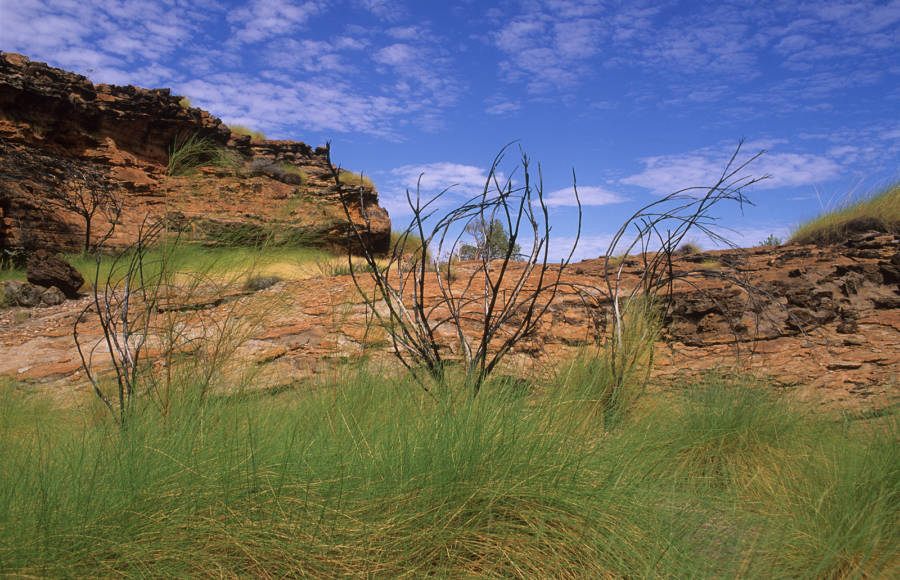 The terrain of Keep River National Park, near where Rod Ansell survived in the wilderness for 56 days in 1977.

Once back home with his girlfriend, Ansell paid little mind to his ordeal and kept it to himself, fearing that he’d only upset his mother if she found out how close he’d come to death.

He would later reveal in an interview that he didn’t see his close call as that big of a deal: “The event is over… It’s like going out to shoot a kangaroo. You don’t come back and say you missed him by a half inch. You either got him or you didn’t. So that is how I looked at it.”

Local papers did see Ansell’s story as a big deal, however, and he was soon dubbed “the modern-day Robinson Crusoe” by the Australian press. It wasn’t long before Ansell had offers coming his way, eventually re-enacting his tale of survival in a 1979 documentary, To Fight The Wild, and co-authoring a book of the same name. It was his appearance on Sydney’s Parkinson TV show in 1981, though, that birthed the idea for a movie that would include many of Ansell’s more colorful traits.

Ansell was, for one, known for not wearing shoes, and only wore a pair of flip-flops when he boarded the plane to Sydney because the flight attendant said it was a requirement. “The ticket taker mentioned germs and hygiene,” Ansell recalled in an interview with People. “I said ‘I bet the bottom of my feet were a lot cleaner than the bottom of his shoes’—I watch where I walk.”

Reports of Ansell opting to sleep on the floor instead of the bed of his luxury hotel suite and being fascinated by the room’s bidet caught the ear of actor/writer Paul Hogan, who then set to work on a screenplay. Hogan’s resulting fish-out-of-water storyline about a rough crocodile hunter from the Outback that travels to the big city and encounters one city slicker scenario after another scored with audiences, and Crocodile Dundee raked in $328 million at the box office. 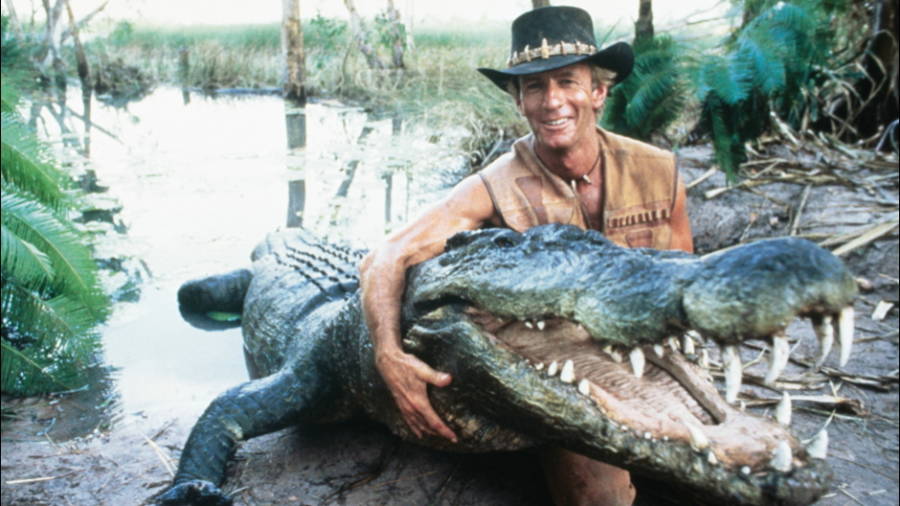 By 1986, when Crocodile Dundee premiered, Rod Ansell, his wife, and their two sons were living on a remote piece of land nearly ten miles from the nearest phone — so going to a theater to see the film wasn’t even a possibility. But the news did eventually get back to Ansell.

“When “Crocodile” Dundee came out… people started ringing me up and saying they saw all these similarities between my experience and the movie,” Ansell recalled.

The buffalo rancher didn’t pay it much attention until a few years later when he and a friend attempted to start a tourism business on his piece of land and thought billing it as the home of the “real-life Crocodile Dundee” would be a good idea. Hogan’s office disagreed and denied his letter asking for permission and threatened legal action if he moved forward.

The rejection along with alienation from his peers caused by his time in the spotlight embittered Ansell who unsuccessfully took Hogan to court over the issue. To make matters worse, Ansell was ordered by the federal government to slaughter 3,000 of his buffalo to curb an outbreak of tuberculosis.

Reeling from a huge financial loss that he was never compensated for, Ansell was forced to sell his cattle station and began growing marijuana. A cattle rustling and assault charge followed in the early 1990s and the financial burdens proved too much for the marriage, eventually leading to a divorce.

By the mid-1990s, Ansell had lost one court battle over movie royalties as well as another with the government concerning his buffalo — and he was not handling the losses well. Ansell was now living on an Aboriginal piece of land about 300 miles south of Darwin and had begun heavily abusing amphetamines with his then-girlfriend.

Ultimately, the unusual and turbulent life of Rod Ansell came to a tragic end in August of 1999 when his destructive drug abuse led to a shootout that would leave him and a young police sergeant dead. 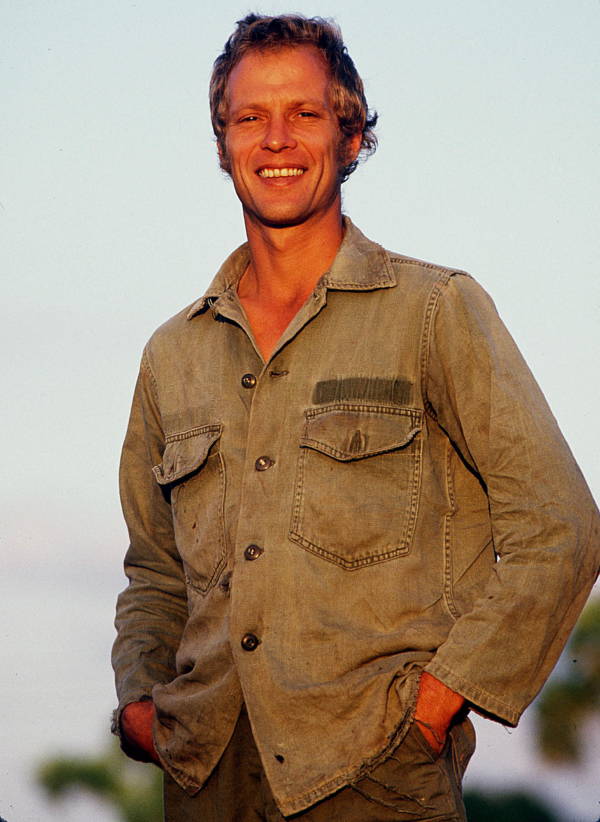 Ansell had become involved in an altercation with two men the night before his death and fired shots at the house of the occupants. While the exact motives for the altercation aren’t totally clear, the two men claimed that Ansell was paranoid and angry, raving on about how Freemasons had kidnapped his children.

By the next morning, police had surrounded the area where Ansell and his girlfriend were staying and set up a roadblock. Without warning, Ansell, armed with two guns, came out of hiding in the bush and began firing, killing 37-year-old policeman Glen Huitson. Police immediately returned fire, killing the gaunt and dirt-laden Rod Ansell in the process.

Those who got to know “the real Crocodile Dundee,” a unique but frayed man, described him as wild and unpredictable as he was tough and resourceful. “I didn’t know Ansell really well, but I’d met him a few times,” former reporter Chips Mackinolty told the Herald Sun. “He was tough as nails… an extraordinary person at that level, but it ended up in tears.”

After this look at Rod Ansell, the real “Crocodile Dundee,” read up on five fascinating people who inspired your favorite fictional characters. Then, discover five astounding survival stories that prove that death is only an option.