Antarctica Is Turning Green Due To Climate Change, Study Shows

Rising temperatures have allowed ice to melt and moss to grow in the frigid continent. 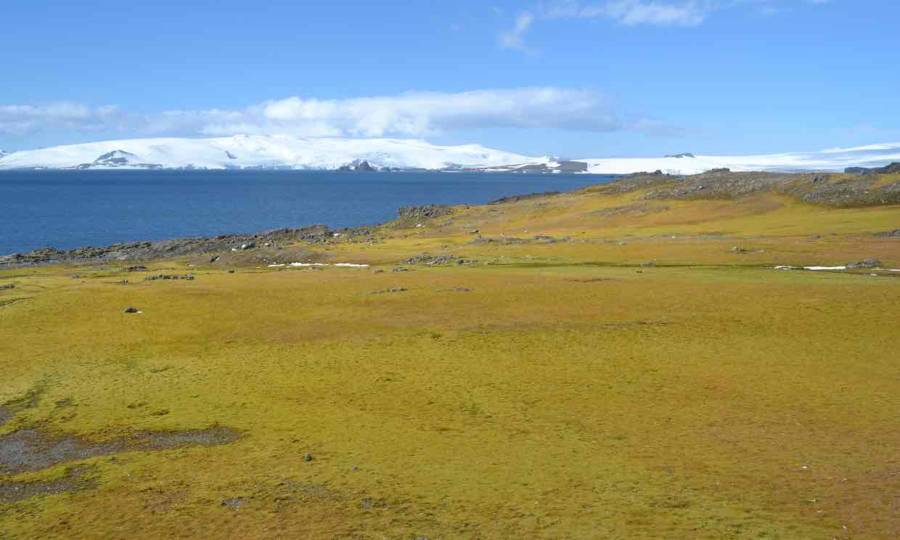 Google Antarctica and your screen will be filled with images of icy blues and unblemished white. But that might change soon: Antarctica is turning green.

In recent years, researchers have discovered banks of mosses encroaching rapidly across the continent’s northern peninsula.

“People will think of Antarctica quite rightly as a very icy place, but our work shows that parts of it are green, and are likely to be getting greener,” Matthew Amesbury, the lead author of a new study on the matter, told The Washington Post.

Two species of moss that used to grow less than a millimeter per year are now spreading at three times that rate — an alarming change scientists credit to human-induced climate change.

“Even these relatively remote ecosystems, that people might think are relatively untouched by human kind, are showing the effects of human-induced climate change,” Amesbury said.

This doesn’t mean you should pack your swimsuits for your next Antarctic vacation. Still less than 1% of the continent has any plant life.

But it is one of the fasting warming places in the world, with more days above freezing level per year than any time in recent history.

Temperatures on the west coast of the peninsula rose by about 37 degrees Fahrenheit in recent decades — which is five times the global average.

“This is another indicator that Antarctica is moving backward in geologic time — which makes sense, considering atmospheric CO2 levels have already risen to levels that the planet hasn’t seen since the Pliocene, 3 million years ago, when the Antarctic ice sheet was smaller, and sea-levels were higher,” Rob DeConto, a glaciologist, said. 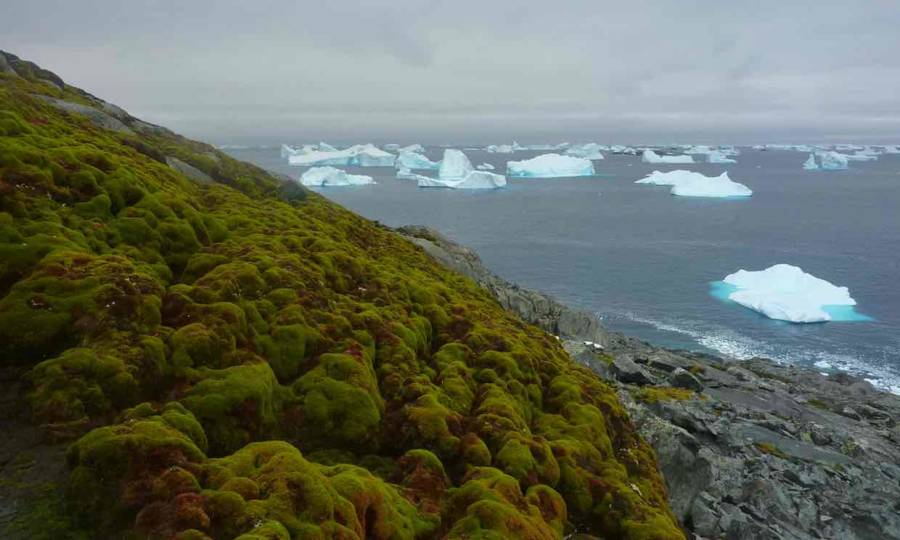 Matt AmesburyMoss spreading across the coast of Antarctica.

DeConto suggested that if humans continue emitting greenhouse gasses at the current rate, the continent could become an “ice free” forested land.

This shift could have radical effects on the rest of the Earth’s climate, since Antarctic ice is crucial for deflecting the sun’s rays away from our planet — making temperatures liveable.

Though this is concerning, scientists say the continent isn’t nearly as thawed as the Arctic — where the rate of permafrost melting has shocked scientists.

Along with endangering species and food chains and accelerating the rate of global warming, the melting in both regions could cause massive global floods — a scenario reminding one scientist of Noah’s ark.

“I don’t think the biblical deluge is just a fairy tale,” Terence J. Hughes, a retired University of Maine glaciologist, told The New York Times. “I think some kind of major flood happened all over the world, and it left an indelible imprint on the collective memory of mankind that got preserved in these stories.”

Next, check out 25 of the most unbelievably true Antarctica facts. Then learn how scientists finally solved the mystery behind Antarctica’s “Blood Falls.”