This photo tour of Norway's Bastoy Prison reveals why this facility is called "the world's nicest prison" and why its methods work so well. 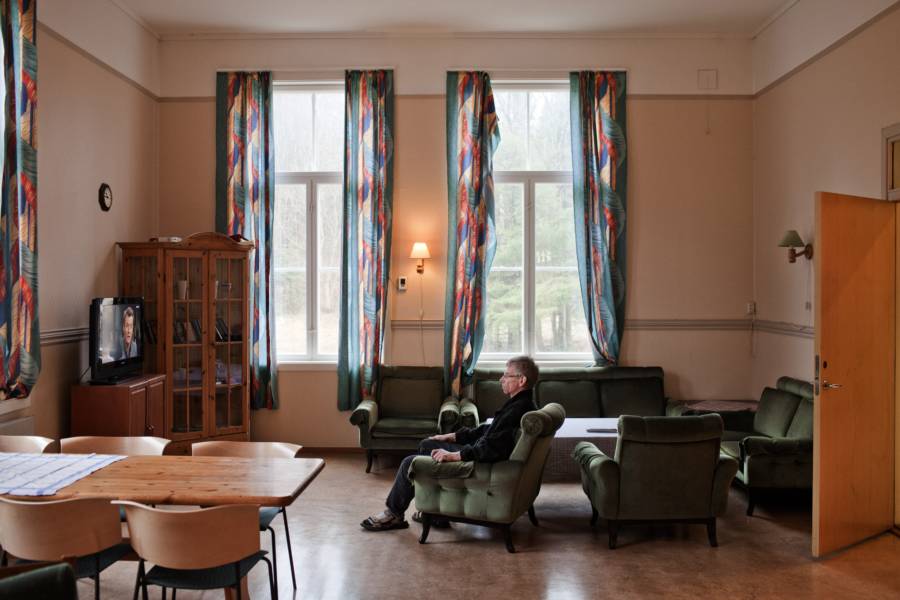 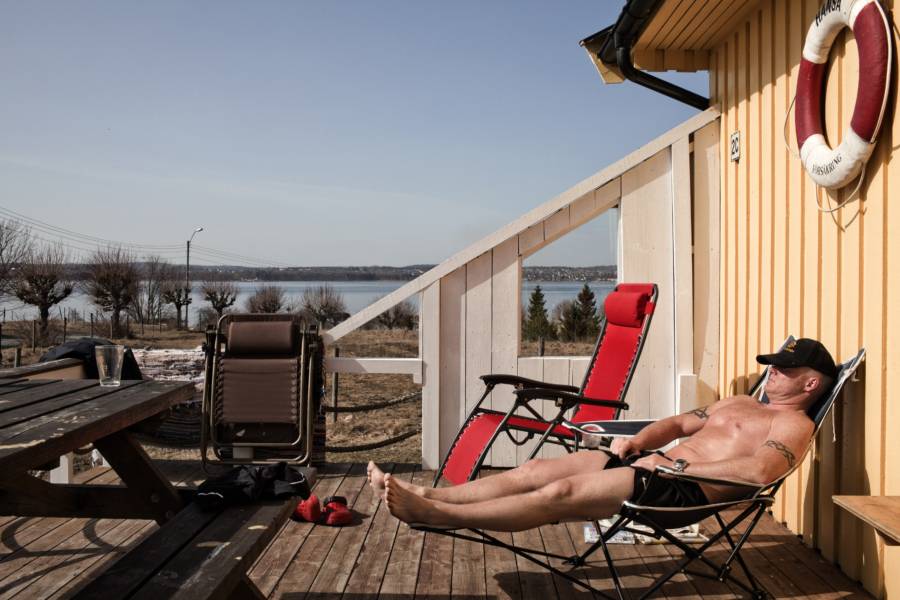 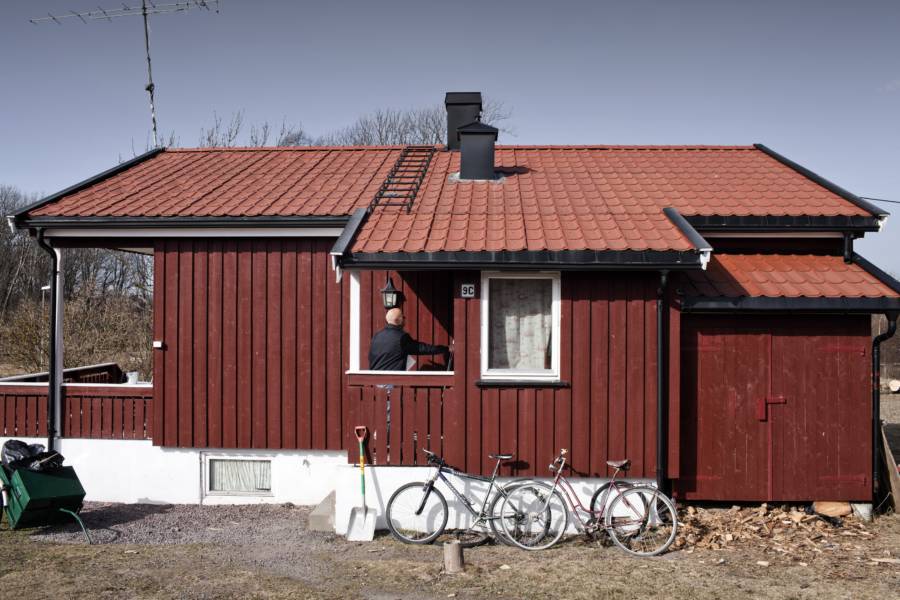 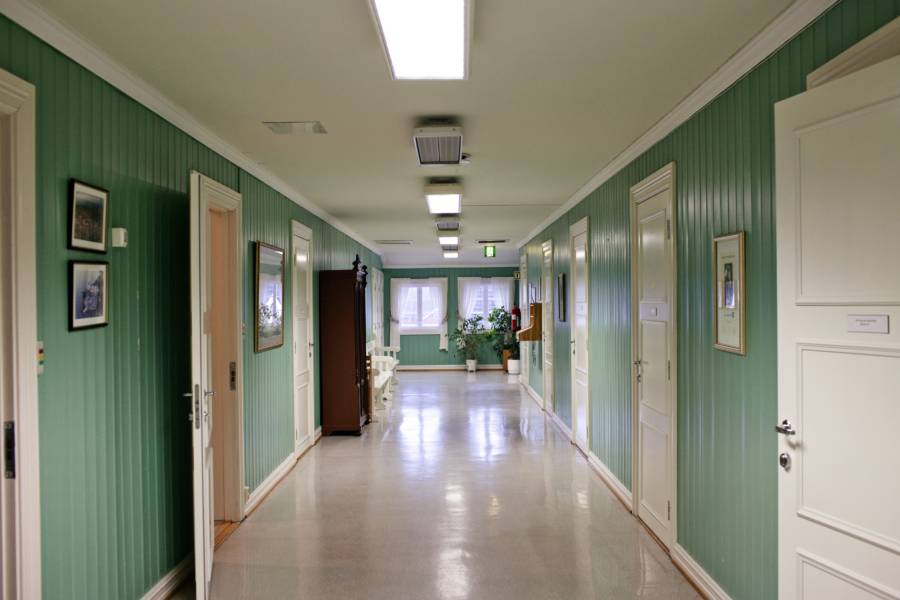 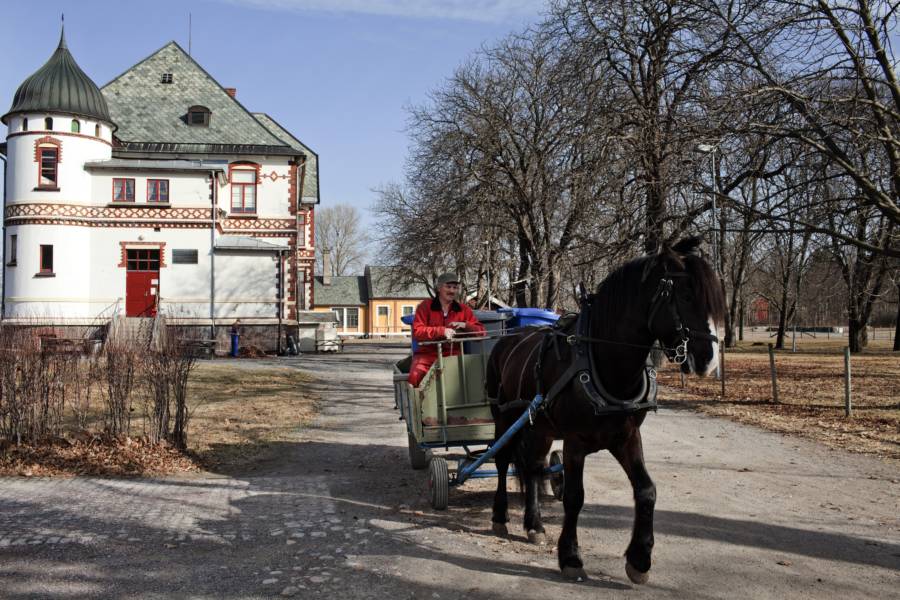 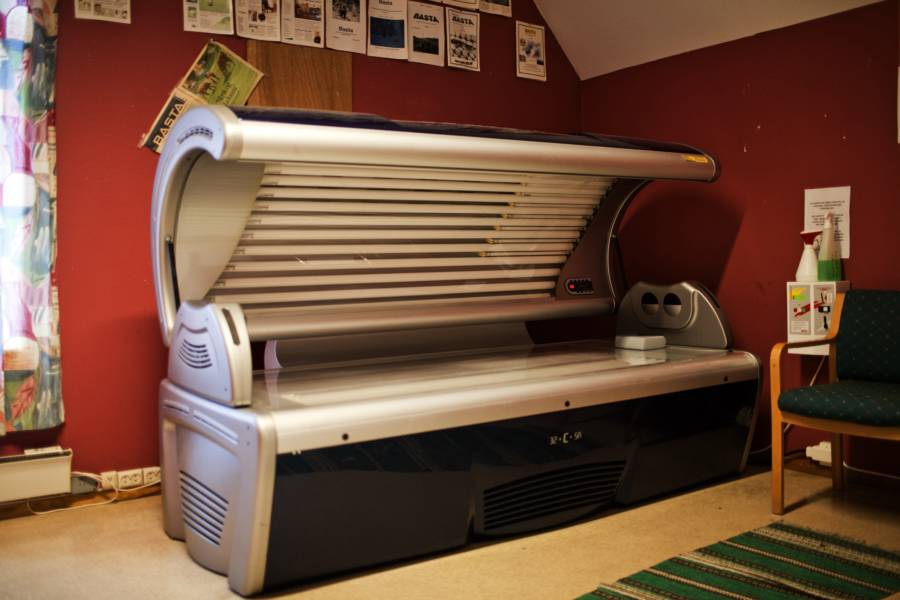 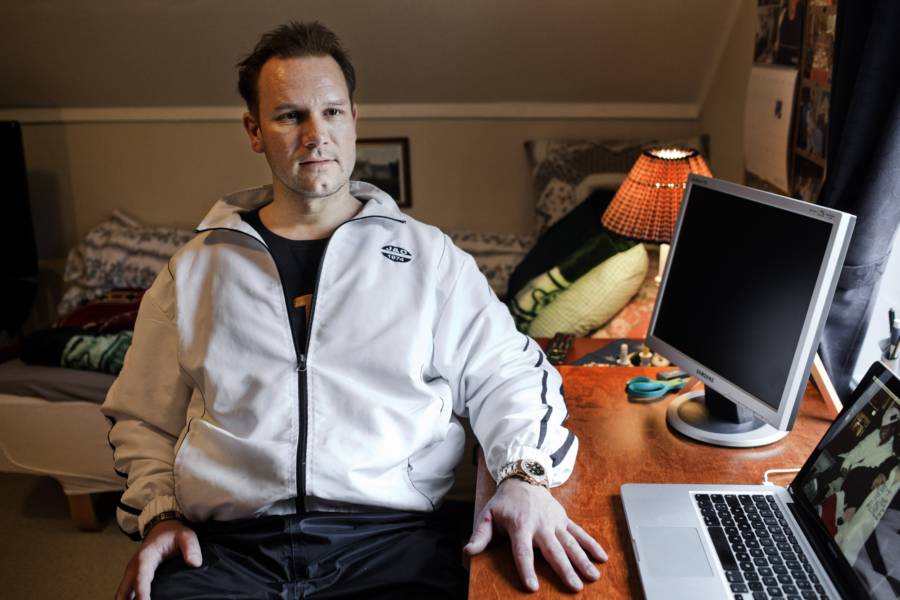 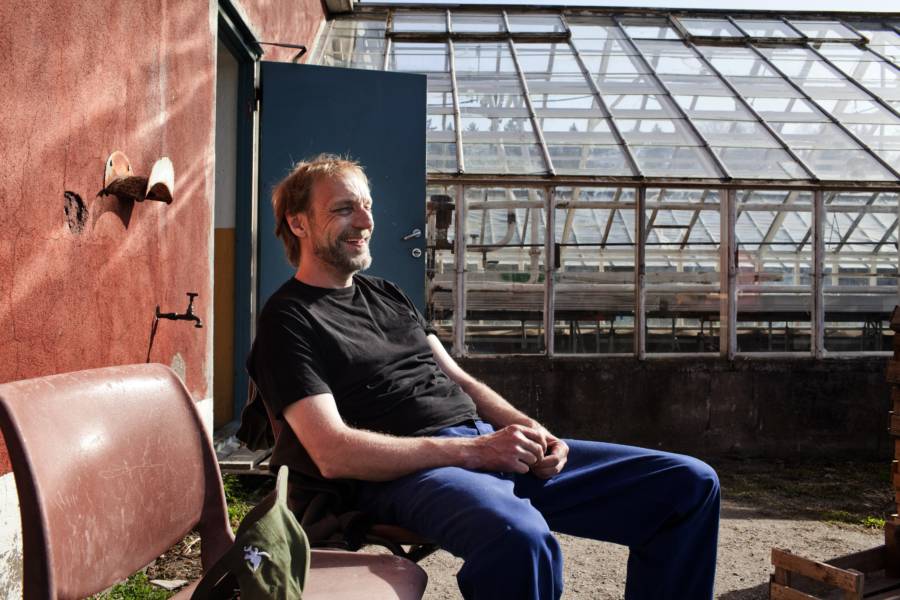 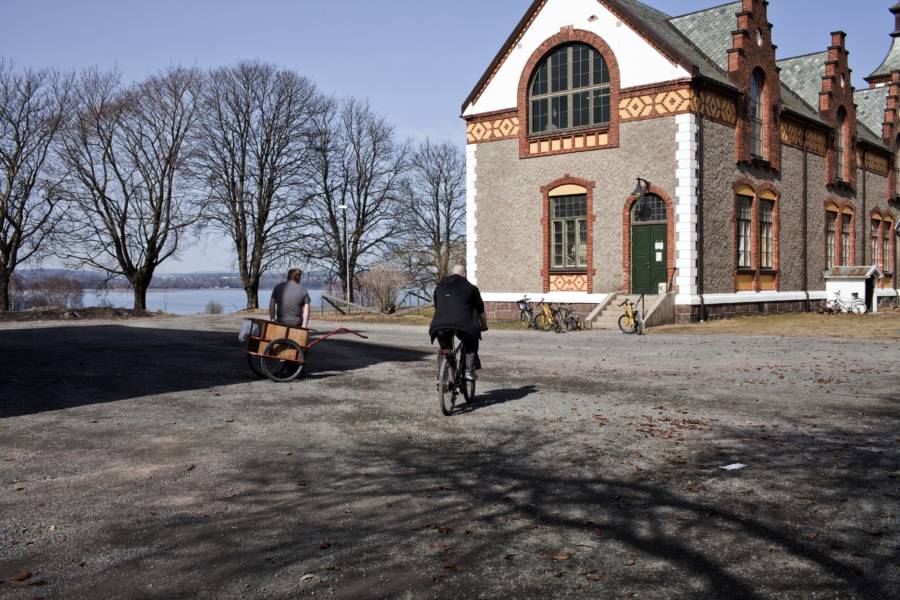 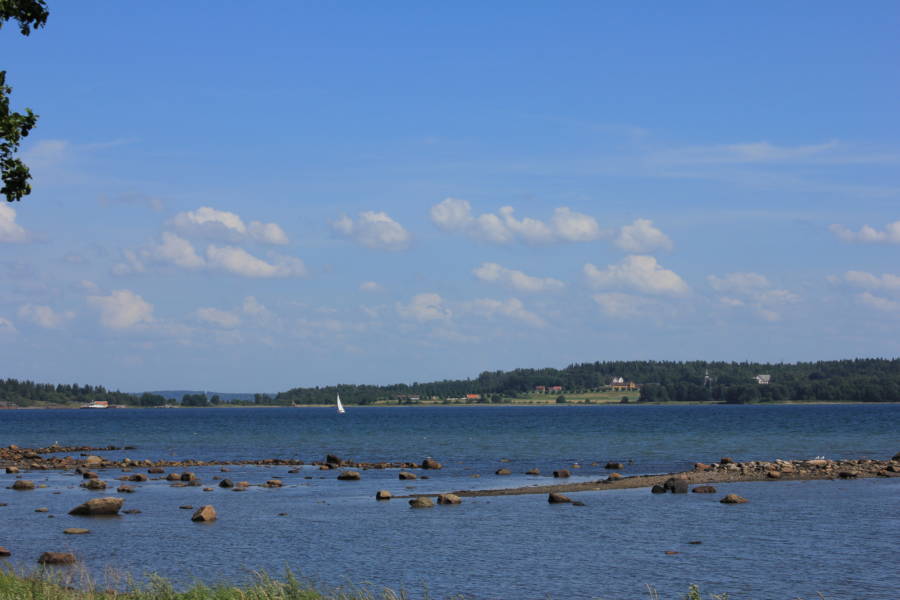 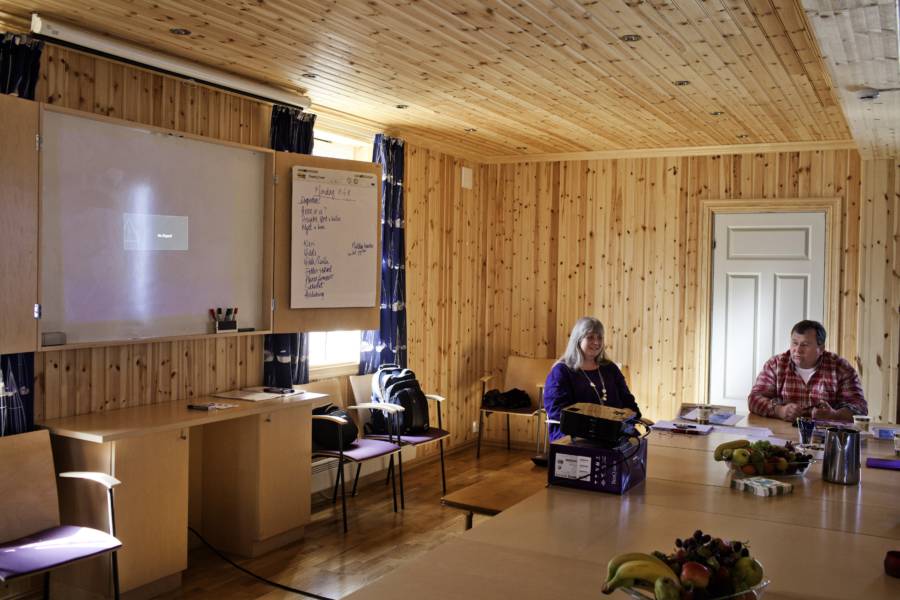 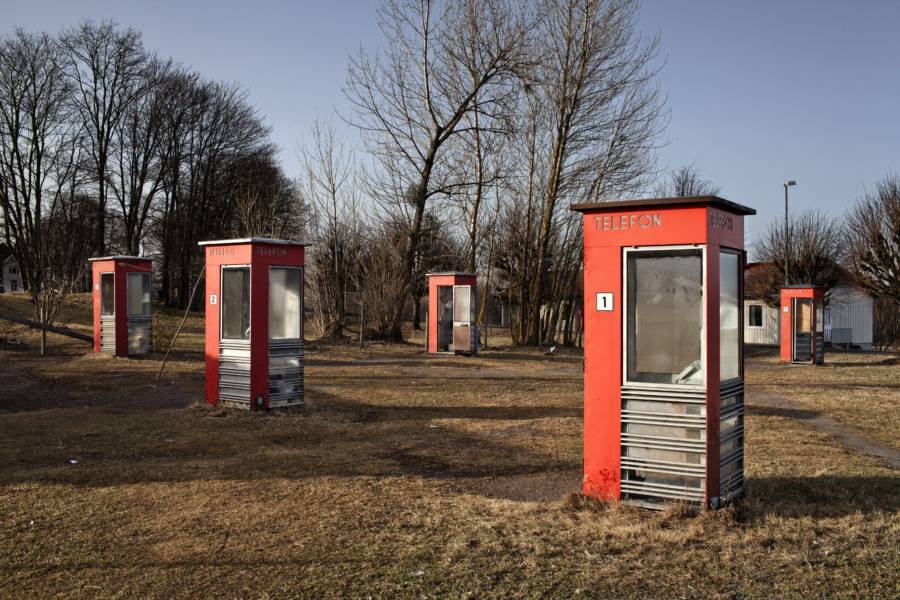 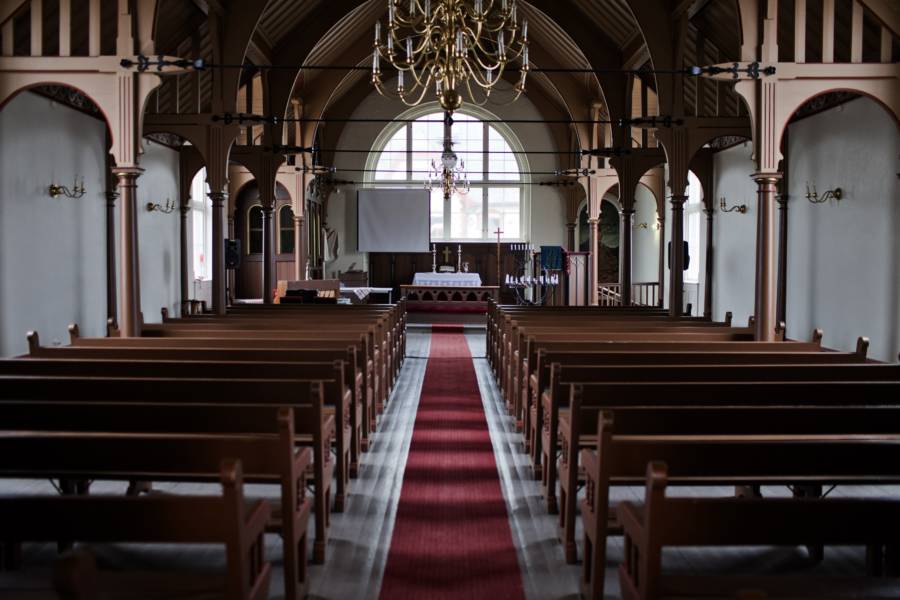 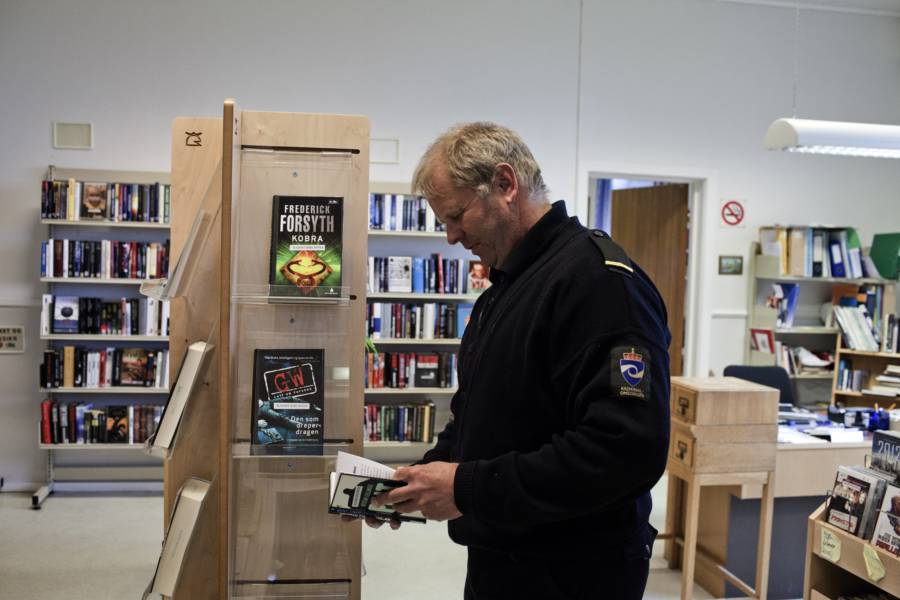 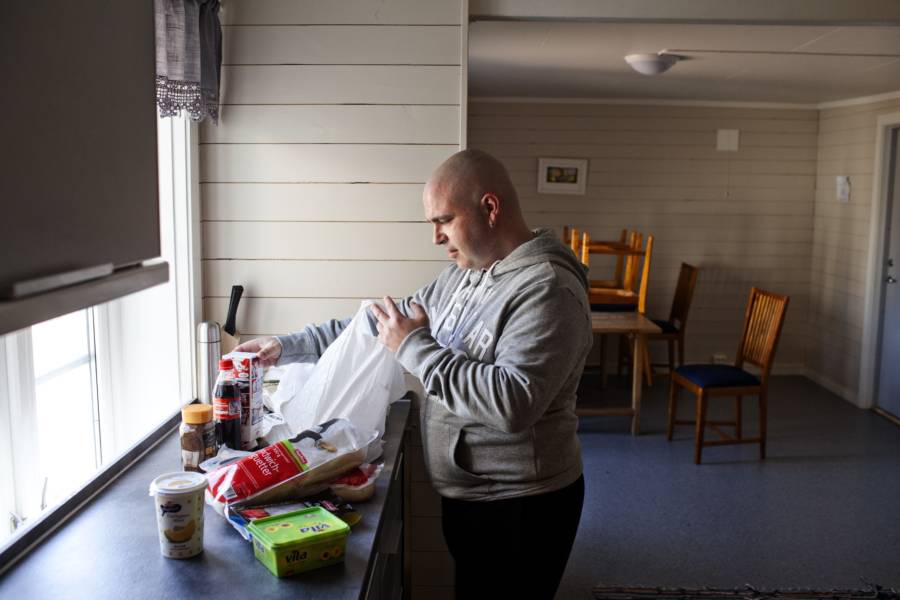 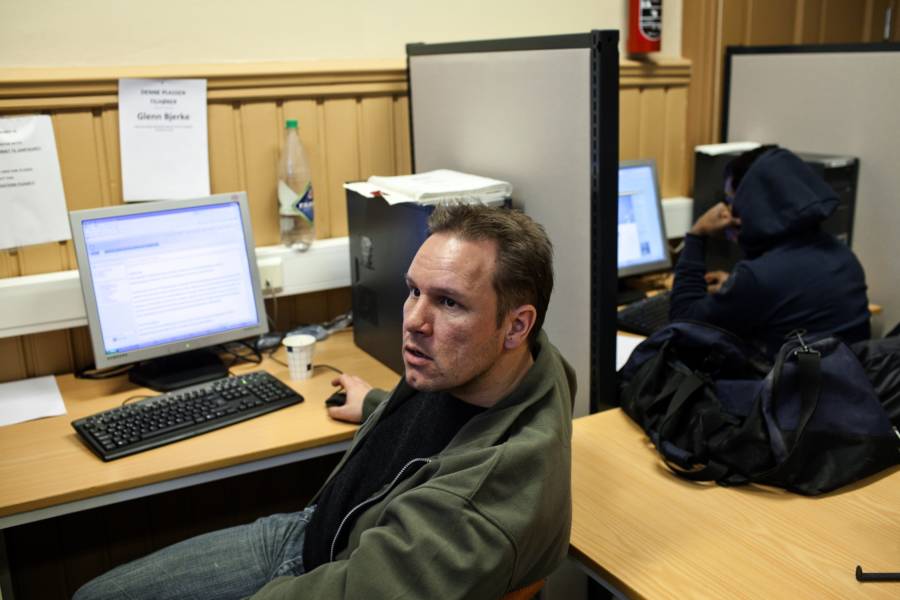 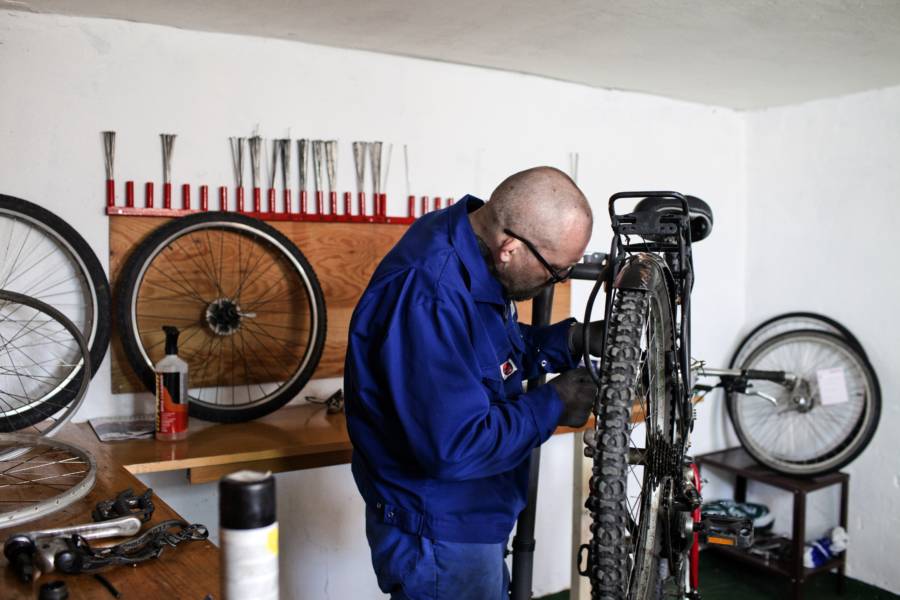 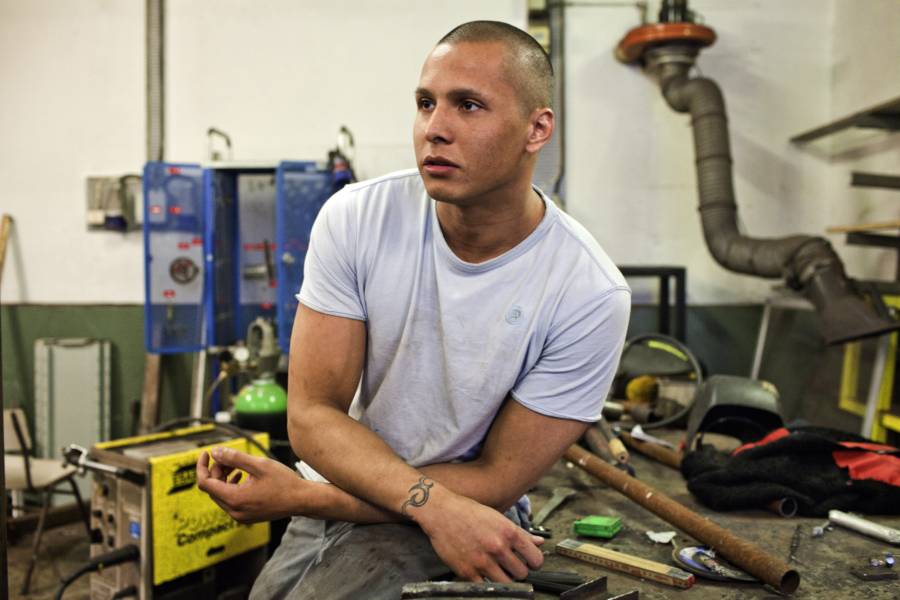 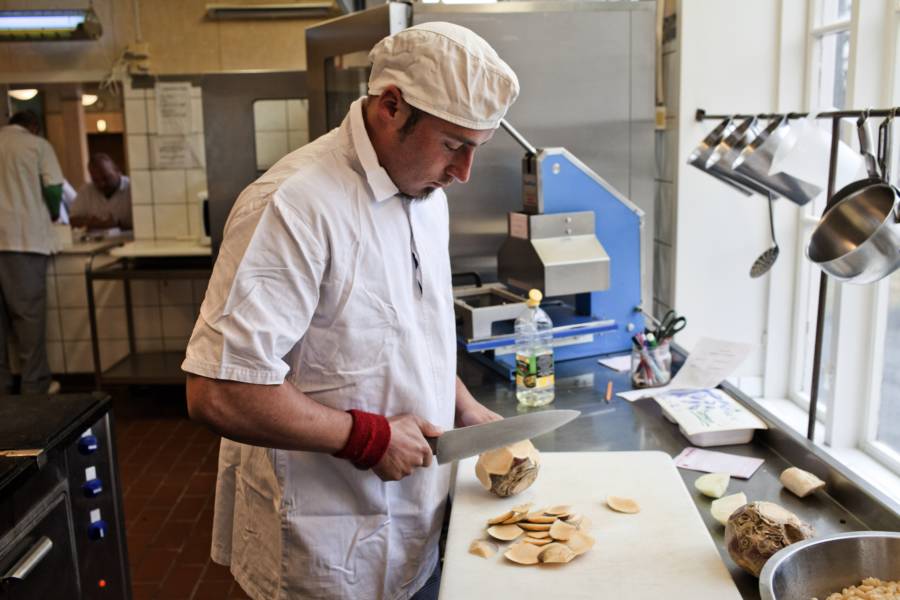 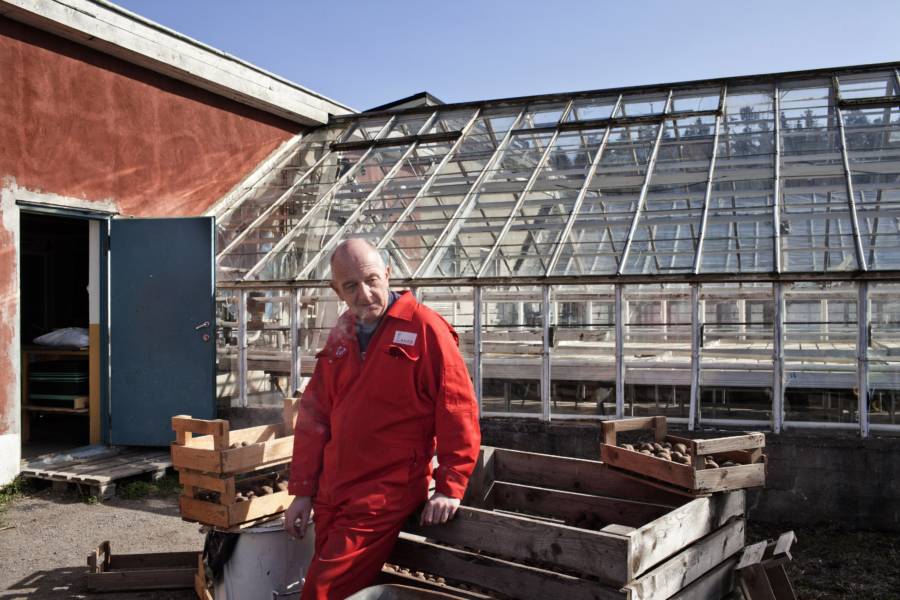 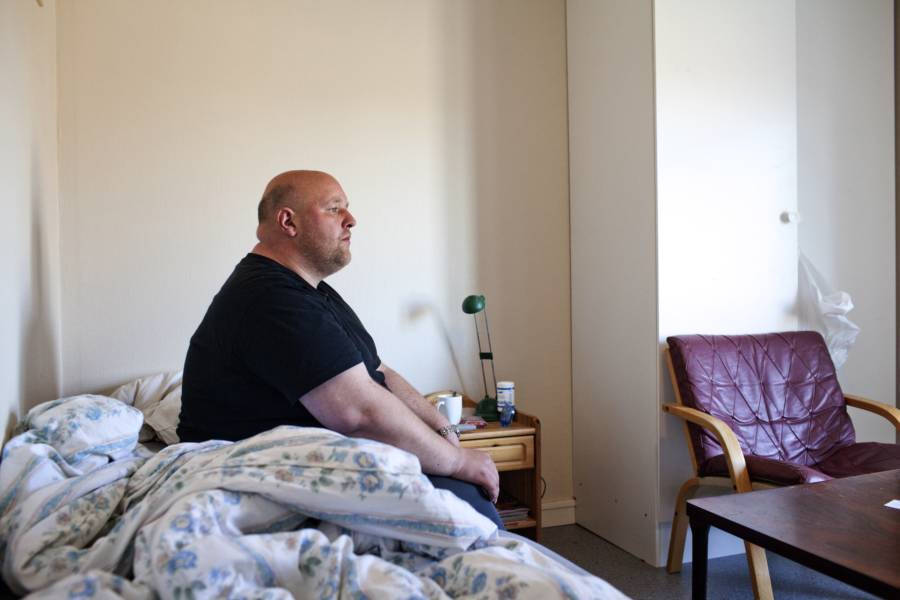 It has been called "the Norwegian prison that works" as well as "the world's nicest prison," and it's not hard to see why.

At Bastoy Prison, inmates live communally in comfortable homes. Each man has his own room and shares the kitchen and other facilities with the other inmates. A meal a day is provided for them; any other food must be bought from the local supermarket and prepared by the prisoners themselves, who receive an allowance of $90 a month.

The inmates also earn roughly eight dollars a day on a variety of jobs that include growing food, looking after horses, repairing bicycles, doing woodwork, and maintaining Bastoy Island's facilities. Every inmate is offered high-quality education and training programs to increase their skills.

The prison is on an island one square mile in size and hosts 115 inmates with a staff of 69 prison employees. Only five employees remain on the island overnight.

In their free time, inmates have the opportunity to visit the church, school, or library, and engage in leisure activities such as horse riding, fishing, and tennis. All the guards have received three years' training (compared to perhaps six months in the US), and resemble social workers more than prison officers.

"It is not just because Bastoy is a nice place, a pretty island to serve prison time, that people change," Arne Kvernvik Nilsen, who was in charge of Bastoy Prison for the five years leading up to 2013, told the Guardian. "The staff here are very important. They are like social workers as well as prison guards. They believe in their work and know the difference they are making."

Nilsen has revolutionary thoughts about how prisons should be run. He also acknowledges the difficulties that the public faces in rethinking how prisoners should be treated:

"If someone did very serious harm to one of my daughters or my family... I would probably want to kill them. That's my reaction. But as a prison governor or politician, we have to approach this in a different way. We have to respect people's need for revenge, but not use that as a foundation for how we run our prisons... Should I be in charge of adding more problems to the prisoner on behalf of the state, making you an even worse threat to larger society because I have treated you badly while you are in my care? We know that prison harms people. I look at this place as a place of healing, not just of your social wounds but of the wounds inflicted on you by the state in your four or five years in eight square meters of high security."

Bastoy Prison houses perpetrators of serious crimes including murder and rape, yet it has the lowest reoffending rate in Europe: 16 percent, compared with a European average of about 70 percent. And it’s one of the cheapest prisons to run in Norway.

Ironically, before the current prison, the island was occupied by a brutal juvenile detention center. In 1915, it was the site of an insurrection by the boys, which was suppressed by the Norwegian military. The rebellion began when between 30 and 40 boys rallied around four youths who had escaped and been recaptured. The group refused to work, armed themselves with farming tools and stones, cut the telephone lines and then burned down a barn with stolen matches and cigars.

The Norwegian government took over the juvenile facility in 1953 and shut it down in 1970. In 1982, the prison was re-opened as the experimental project that has evolved into the Bastoy Prison of today.

Not all Norwegian correctional facilities are as progressive as Bastoy Prison, but they all follow a similar philosophy based on the belief that the only punishment that the state should inflict is the loss of liberty. The suffering of prisoners is intentionally minimized. There is no death penalty and no life sentencing.

"Losing liberty is sufficient punishment," Nilsen said. "Once in custody, we should focus on reducing the risk that offenders pose to society after they leave prison."

Across Norway as a whole, reoffending rates sit at just 30 percent, the lowest in Europe. Perhaps this is because Scandinavia penal policy is largely left to the experts, as opposed to politicians and the public. Criminologists design policy based on the evidence and the public have largely been content to let them do so.

"For victims, there will never be a prison that is tough, or hard, enough," said Nilsen. "But they need another type of help – support to deal with the experience, rather than the government simply punishing the offender in a way that the victim rarely understands and that does very little to help heal their wounds. Politicians should be strong enough to be honest about this issue."

Next, step inside the five worst prisons in the world. Then, read which surprising food item recently became the most valuable currency in American prisons.