What Happened To Timmothy Pitzen, The Six-Year-Old Who Vanished After His Mother’s Brutal Suicide?

After his mother pulled him out of school for a spontaneous three-day road trip in May 2011, Timmothy Pitzen disappeared — and hasn’t been seen or heard from since.

The last time James Pitzen saw his son Timmothy Pitzen was when he dropped him off at Greenman Elementary School in Aurora, Illinois on May 11, 2011.

Six-year-old Timmothy hopped out of the car with his Spider-Man backpack. “I told him I loved him and to be good. And then he was gone,” James Pitzen recalled.

What James couldn’t have known was that his wife Amy Pitzen would pick their son up less than an hour later. Citing a non-existent family emergency, she pulled the boy out of class for a surprise road trip. Within days, she’d turn up dead — but Timmothy Pitzen has been missing ever since.

The Bizarre Disappearance Of Timmothy Pitzen 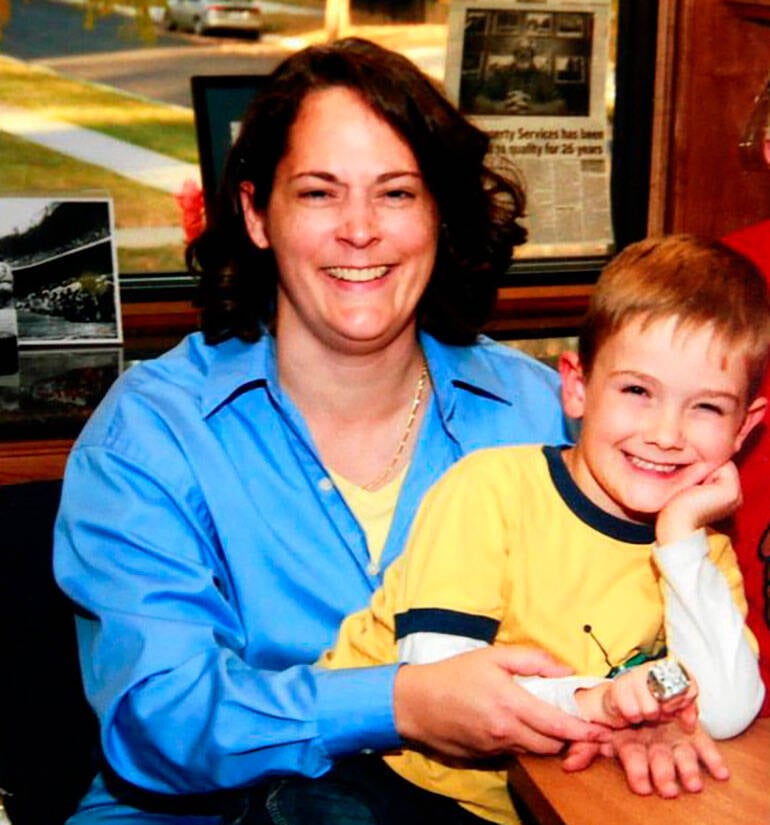 Long before Timmothy Pitzen’s disappearance, it was well known to his family that his mother suffered from bouts of deep depression and instability. To those who knew her, however, Amy seemed to be a caring person and doting mother, nonetheless.

But then, on May 11, 2011, Amy pulled Timmothy out of school. When Timmothy did not get off the bus after school that day, his father James panicked. But when he called the school they told him that Timmothy had been picked up that morning by his mother.

James called Amy immediately, but she failed to return any of his calls. James contacted her nearby family members, but nobody had seen or heard from her — or Timmothy.

On May 12, James called the police to report Amy and Timmothy Pitzen missing. But then, the very next day, Amy used her phone. Except she didn’t use it to call James — instead, she called his brother.

“I have no idea why she called my brother,” James later said. His brother claimed that during the call, “he could hear Timmothy in the background playing or hanging out.”

On that same day, Amy also called her mother. “‘We’re fine, we’ll be home in a day or two. I just need some time to figure out and try to think about how to approach this,'” she reportedly said. But of course, Amy and Timmothy Pitzen never did return home.

On Saturday, May 14, staff at a Rockford, Illinois motel — 80 miles away from Timmothy’s home — found Amy’s lifeless body. She had cut her wrists and neck and taken an overdose of antihistamines. Timmothy was nowhere to be found, and there was no evidence that he’d ever been in the motel room to begin with.

But police did find a cryptic suicide note in which Amy wrote that Timmothy was safe, but that “you will never find him.”

Between that note, business surveillance cameras, receipts from the motel room, and witness accounts, detectives were able to map the two’s movements from the day of their disappearance as best they could — and that revealed a chilling road trip.

Investigators now believe that as soon as Amy picked up Timmothy from school, the two went to a car repair shop. They then went to Brookfield Zoo in Chicago, to Key Lime Cove water resort in Gurnee, Illinois, and then drove a whopping 160 miles northwest to Kalahari Resorts in Wisconsin. 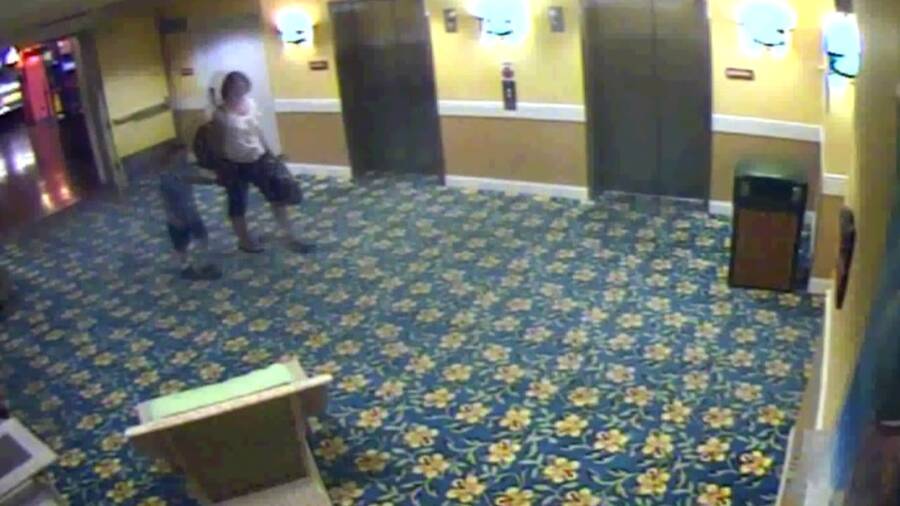 YouTubeA still from surveillance footage of Amy and Timmothy Pitzen that surfaced shortly after the disappearance.

Here, a surveillance camera captured Amy and Timmothy Pitzen checking out of the resort.

The trail then headed back south and 120 miles back into Illinois. A security camera showed Amy entering a food market near Rockford on May 13, but there is no sign of Timmothy with her. The next day, a maid found Amy’s body in a nearby motel room, and Timmothy was missing.

No suspects have been publicly identified in the case, and what little else is known about the baffling situation is that there was some marital strife between Timmothy Pitzen’s parents. Amy was reportedly texting one of her ex-husbands shortly before her suicide — and James had found out.

James admitted that he gave Amy an ultimatum to pick who she wanted to be with and told Amy that if she left to be with her ex-husband, then he would fight to have sole custody of Timmothy. Investigators later theorized that perhaps Amy had taken James’ threat seriously — and whisked Timmothy away to be with another family.

Unsettling Breaks In The Case 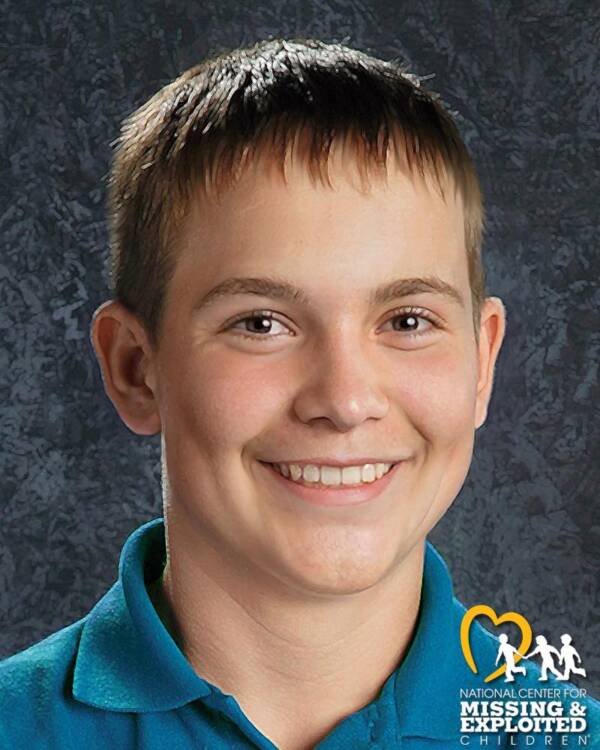 Aurora Illinois Police Department/FacebookAge progression rendering of what Timmothy Pitzen may look like in 2021.

In the years following Timmothy Pitzen’s disappearance, police uncovered a slew of strange clues. Under Amy’s vehicle’s rear bumper there were pieces of long weeds; Queen Anne’s lace, and black mustard weed. Forensic testing revealed some even more specific information about where Amy drove the car.

Detectives firmly believe that Amy pulled off the main roadway for some reason, whether to hand the boy off to someone, or dispose of his body. Police triangulated all these factors and narrowed the search down to certain areas, but found nothing in them.

In Amy’s car, police found some of Timmothy Pitzen’s blood on the seat, but the boy suffered from frequent nosebleeds.

As for Timmothy Pitzen’s family, they believe that their beloved boy is still alive, and that Amy secretly arranged to give the boy to another family somewhere else after James threatened her with losing custody.

Indeed, Amy’s cellphone indicated one of the last calls she made pinged off a cell tower by Sterling, Illinois. Police looked through toll records and saw that Amy made two trips to that very same area but months earlier.

The family said they don’t know anyone who lives in that area that she’d be visiting. Was Amy actually setting up an illegal adoption meeting, or scouting a dump site?

Financial records show that Amy bought Timmothy new clothes and toys before the trip; none of which ever turned up. Among other missing items are the clothes Amy was wearing when she left the Wisconsin resort, and Timmothy’s Spider-Man backpack.

Though Amy’s phone was later recovered on the side of a highway, not one useful clue was found on it, and a search of the area came up empty. But then, an even stranger event in the case occurred seven years later.

In early April 2019, a young man surfaced in northern Kentucky claiming to be Timmothy Pitzen. He told the police he had escaped the abuse of his long-time captors. Authorities compared DNA samples of this man to Pitzen’s, and the results were shocking.

Indeed, this man was making up his story. His name was actually Michael Rini, and when confronted with DNA results proving he wasn’t who he claimed, Rini admitted the truth. Rini revealed that he had just seen a story about Pitzen on ABC’s show “20/20” and wanted to run away from his own family, said the FBI.

Rini’s story had briefly (and cruelly) raised hopes within Timmothy’s family that their lost child had been found. Rini has since apologized for furthering the family’s distress. “I wish that I could just take it back,” Rini said. “I am sorry to the family.”

As of now, the search for Timmothy Pitzen continues.

After learning about the disturbing disappearance of Timmothy Pitzen, read about Emanuela Orlandi, the girl who vanished from the Vatican. Then, read up on Etan Patz, the original missing milk carton kid.