He fell out of his paraglider and was impaled on a sharp tree branch as "thick as a watermelon." 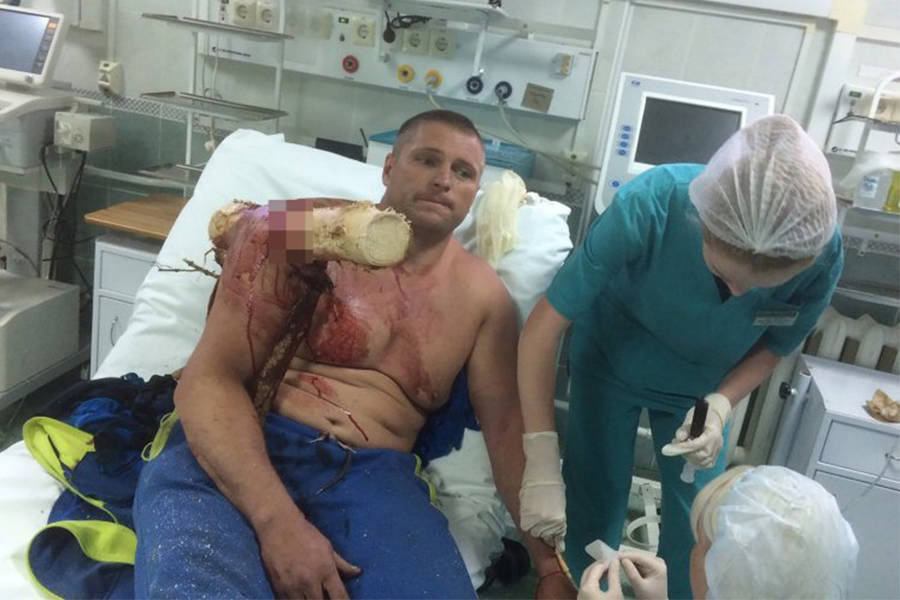 East2West News via Daily MailIvan Krausouski sits in the hospital with a log in his shoulder.

Ivan Krausouski appeared pretty calm for a guy who’d just been impaled on a tree branch.

As the 36-year-old Belarusian paraglider was sailing over the village of Loshany, near Minsk, a strap on his glider snapped. This caused him to lose control and fall into a wooded area filled with pine trees. But Krausouski wasn’t concerned at first. In fact, he thought he was just fine.

“I [remember] thinking: ‘I fell so softly, all is okay’,” he told local news stations. “But as I went to stand up and go, something held me back. I looked and it was a giant log there. I tore my shirt and there was a branch in my arm, thick as a watermelon.” 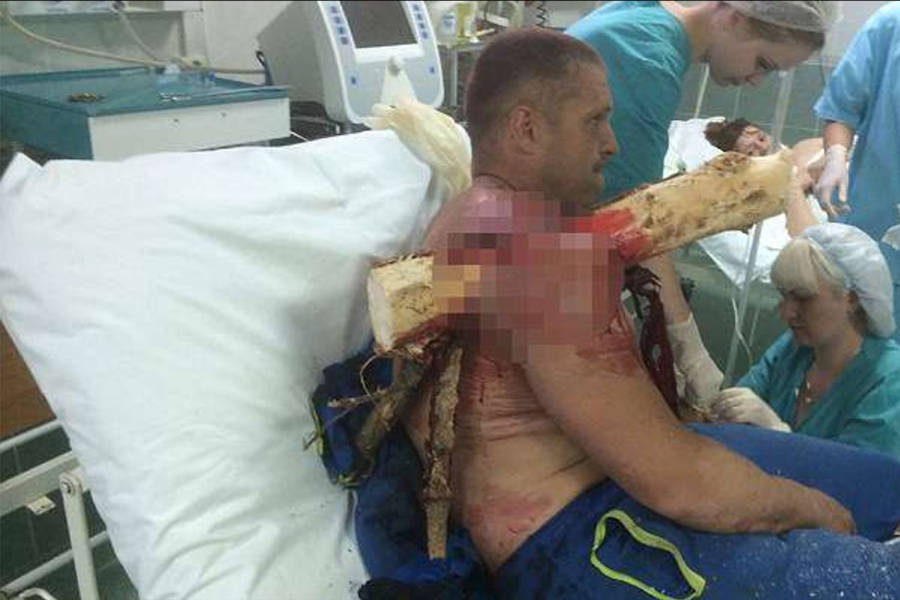 East2West News via Daily MailThe log protruded several inches out of the back of his shoulder.

As he fell, a large, spiked tree branch pierced directly through his right shoulder and out his back. While the exact size of the log is unclear, photos from the scene suggest that it was at least three feet long.

Rescuers then quickly came to his aid. “My classmate arrived. He works as a rescuer,” Krausouski explained. “He sawed off the log from one side, then from the other.”

As rescuers cut him free from the wreckage, he asked them to just pull the log out entirely and was shocked when they told him they wouldn’t dare.

“Many people came,” he said, referring to the crowd of shocked medical workers that came to help him. “I told them – ‘Take out this splinter,’ and they would say ‘No, are you crazy? If we take it away, you’ll bleed to death’.” 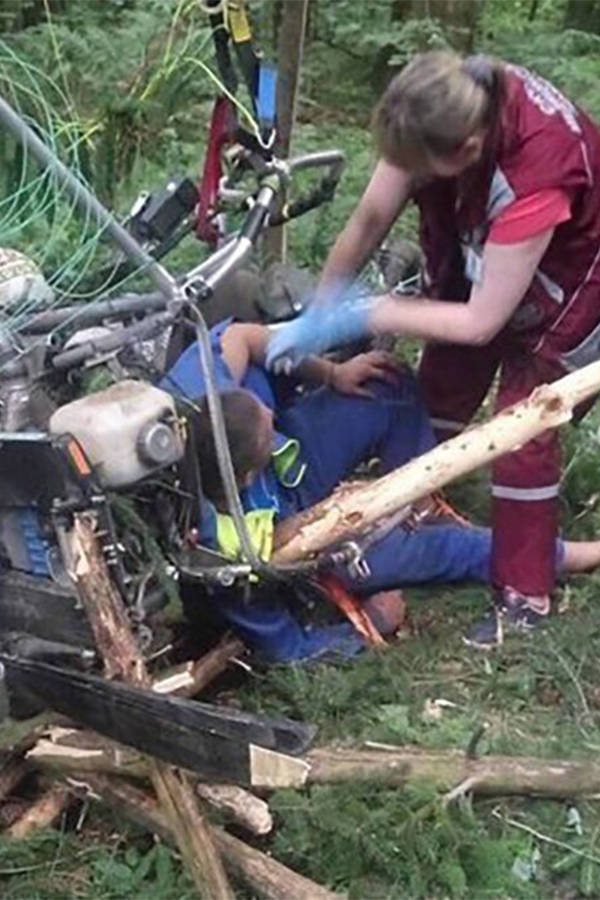 East2West News via Daily MailRescuers remove Krasouski from the tree and his glider.

Throughout the ordeal, during which rescuers carefully cut the branch down enough to disentangle him from the rest of the pine tree and what was left of his glider in order to get him into an ambulance, Krausouski remained in surprisingly good spirits. He posed for photos and selfies in the ambulance, and he even cracked jokes about his condition, comparing himself to the tree-like superhero Groot from Guardians of the Galaxy.

“I was like – ‘I am Groot!’ And I went to the ambulance with this log embedded in me,” he said.

Upon being taken to the hospital, doctors removed the entire log from Krausouski’s shoulder. He is now recovering in the hospital.

Next, check out “Tree Man” syndrome, a disease that virtually turns people into living, breathing pieces of bark. Then, check out the “Dark Hedges,” a tree tunnel made famous by Game of Thrones.