“It is beyond my comprehension how this could take place between a father and daughter." 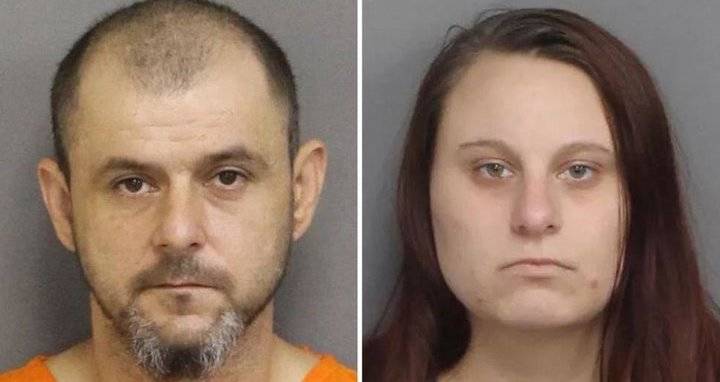 A father and daughter from South Carolina are facing incest-related criminal charges after their baby ended up dead.

According to HuffPost, James Travis Brown (38) and his biological daughter, Katlyn Lauren Edwards (21), were both charged with incest on Oct. 22.

A press release from the Laurens County Sheriff’s Office states that Edwards was arrested on Oct. 22 and was taken to the Johnson Detention Center, while her father is currently serving prison time in another county for unrelated charges.

According to People, Brown will be transferred to Johnson Detention Center to face charges for incest in Laurens County once his other prison term has been completed.

Edwards and Brown were reportedly engaged in a consensual sexual relationship at the time that their child was conceived. The police press release states that both parties confirmed their relationship in interviews with investigators and that authorities found additional evidence that supports their claim.

The child later died at a medical facility in Charleston, S.C., although the circumstances of the death aren’t entirely clear at this time.

“It is beyond my comprehension how this could take place between a father and daughter. At this time, I can’t confirm the baby died from complications related to incest, however, we wonder if that’s the case We are working with medical professionals and the Solicitors Office regarding that aspect of the investigation and will update everyone if there are any additional charges.”

In South Carolina, incest is treated as a felony offense, and those charged with incest could receive a minimum of one year in prison and a minimum $500 fine. And incest is defined as “carnal intercourse” with any of the following: parent, child, aunt, uncle, niece, nephew, grandparent, grandchild, or sibling (in whole or half-blood).

Children born out of an incestuous relationship are at a higher risk of being born with severe birth defects.

These defects range from physical ones, such as severe asymmetry in the face or a cleft palate, to serious life-threatening conditions such as immune system disorders and hemophilia.

An administrative assistant with the Laurens County solicitor’s office says that neither father nor daughter have entered a plea at this time, and that her office has yet to receive the case for prosecution.

Next, read about the six most shocking instances of incest throughout history. Then, read about Emma Darwin — the incestuous wife of the father of evolution.