What War? Twentieth Century Japan’s Views Of The Future Were Impossibly Bright

Imagine a world where robots reared your children, and wars were waged underwater. Add a splash of nostalgia, a touch of Jules Verne and super-saturated hues, and you’ve got the “future” according to Japanese retro-futurists.

The movement roughly spanned from the 1930s to the 1960s, which covered a series of protracted conflicts and transitions for the island nation. And while none of the futurists’ depictions of reality actually came into being, we can’t help but revel in the way technological innovations can inform views on what the world has to offer. 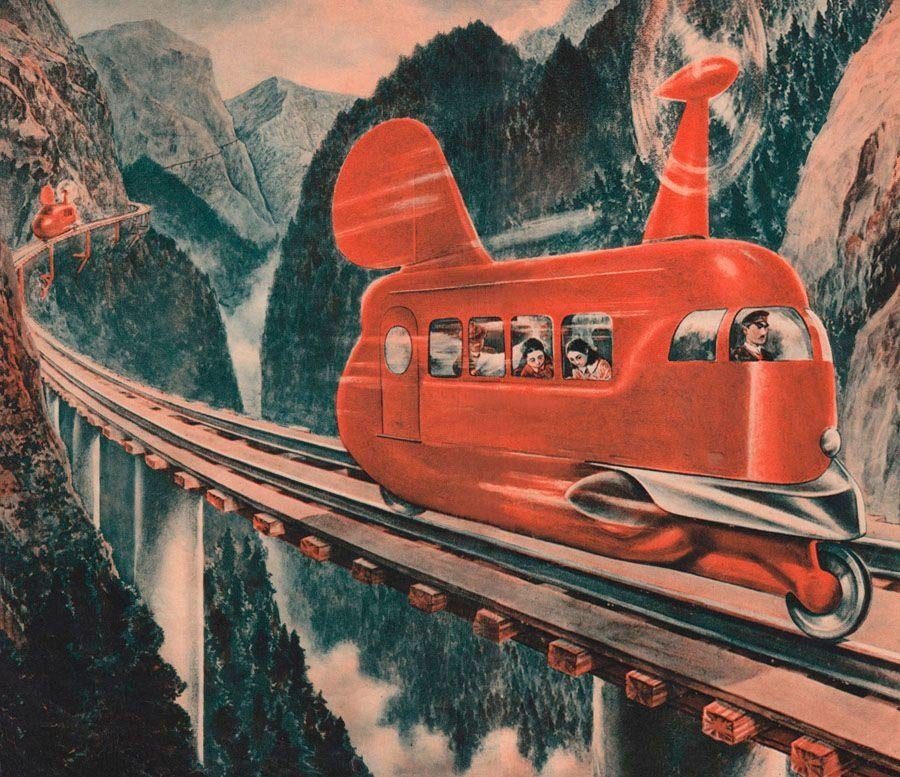 Propeller powered trains, 1936: Could be seen as a forerunner to the high speed rail systems in use today in metropolitan areas around the world. 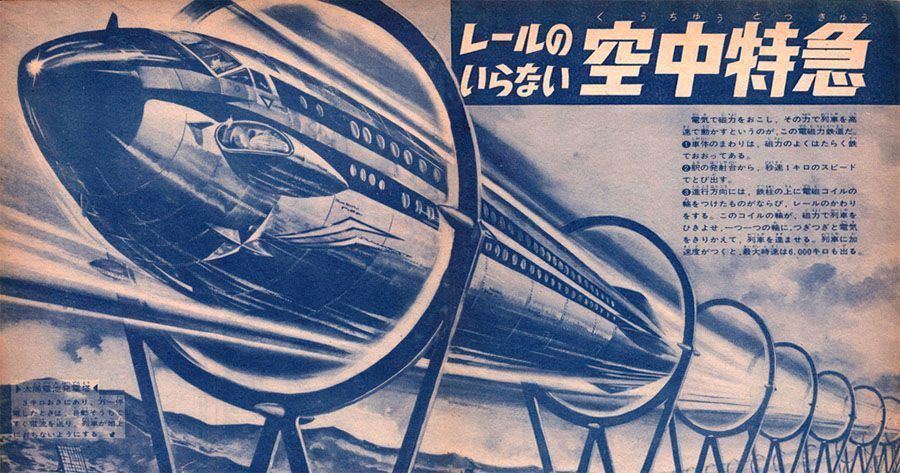 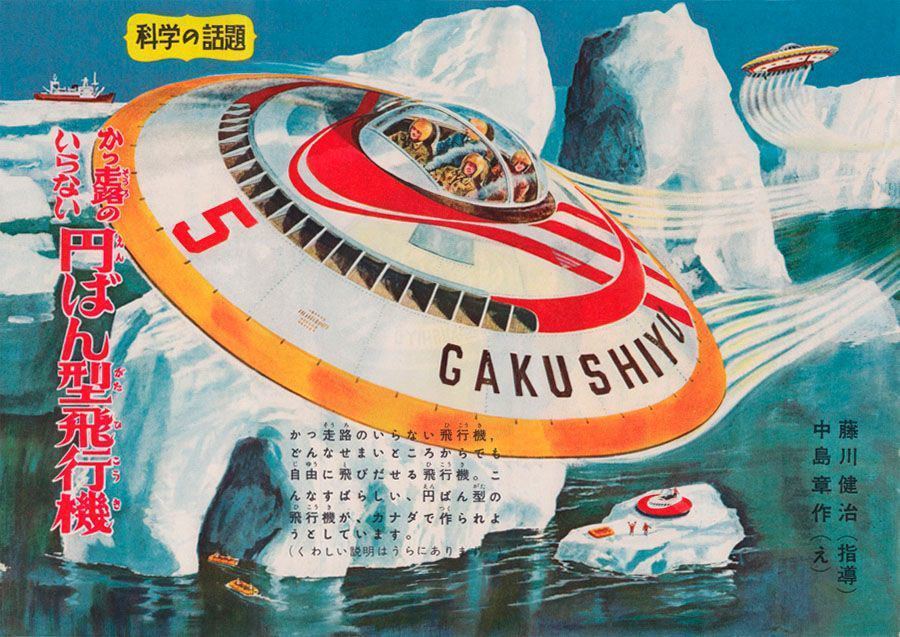 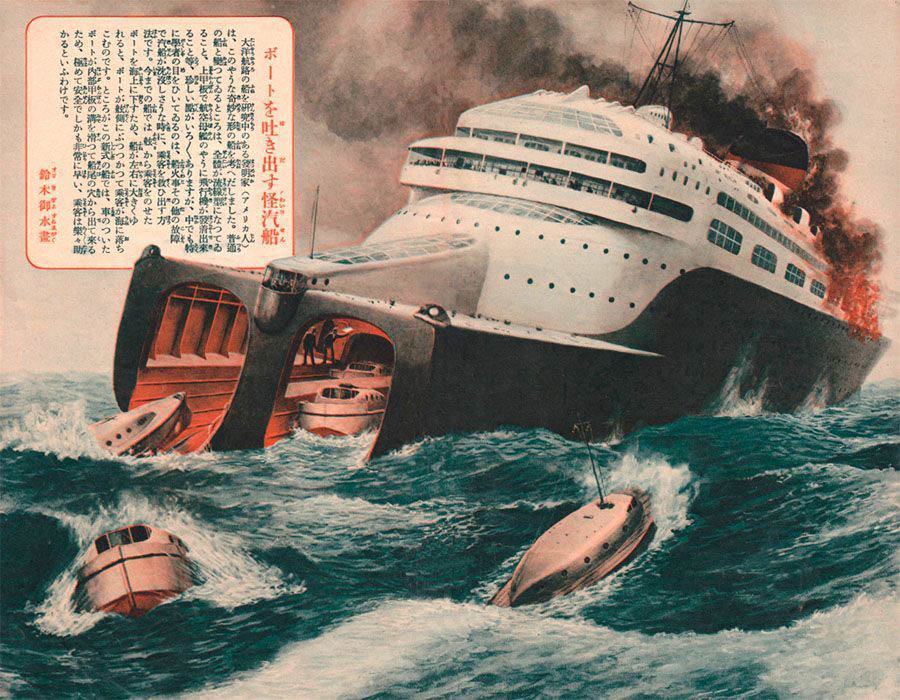 Burning cruise ship, 1936: When trouble strikes on this pleasure cruise from the future, be thankful that the hull is filled with fully-powered, submersible life boats. 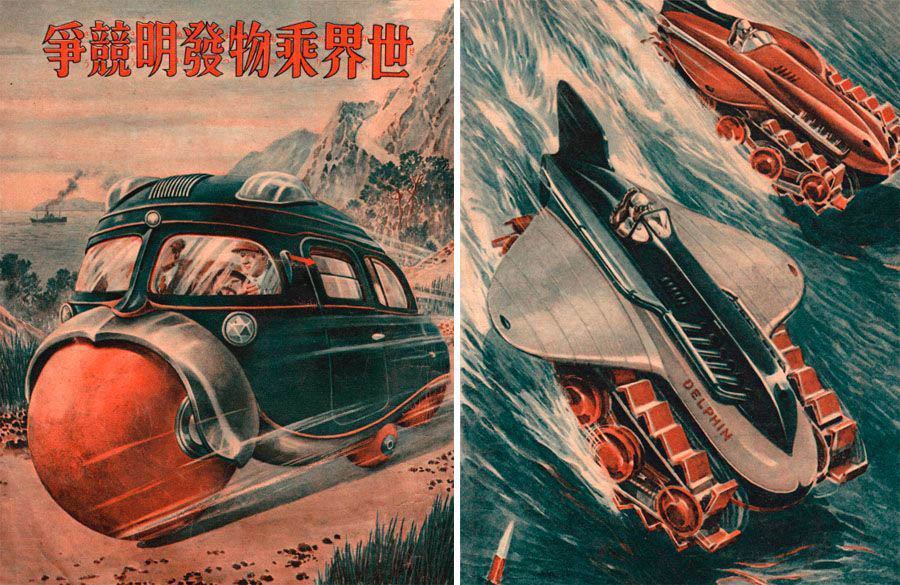 These images are based on concept cars by a German inventor, 1936. 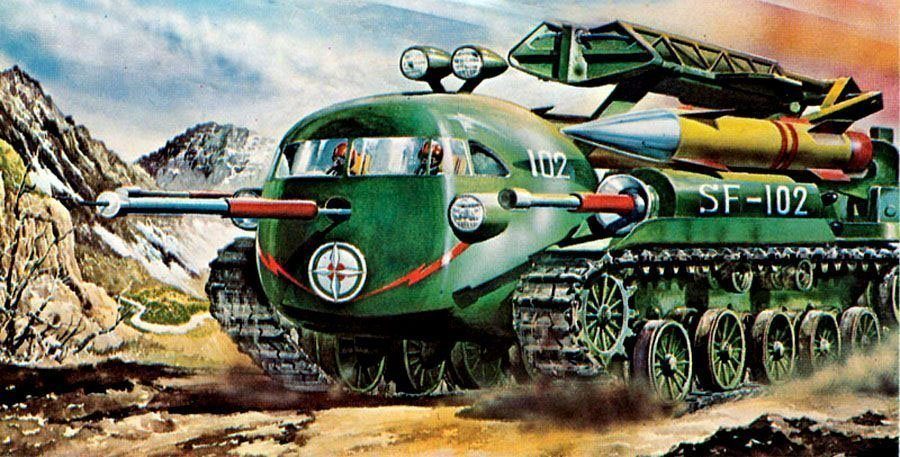 This futuristic tank seems as powerful as it is complex. The giant, syringe-looking device on the front appears to be a laser weapon of some sort. (Year unknown) 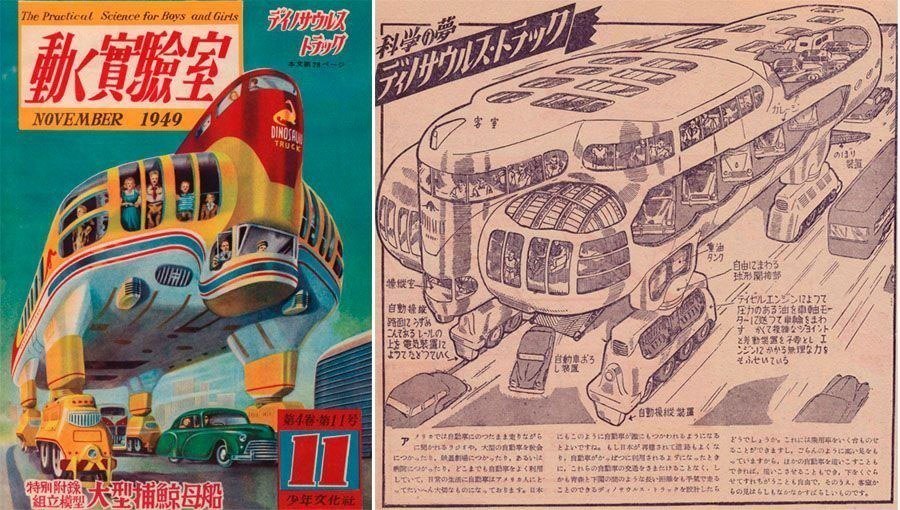 “Dinosaur Truck”, 1949: This massive apparatus is responsible for transporting large numbers of people and supplies through a city without disrupting other traffic. 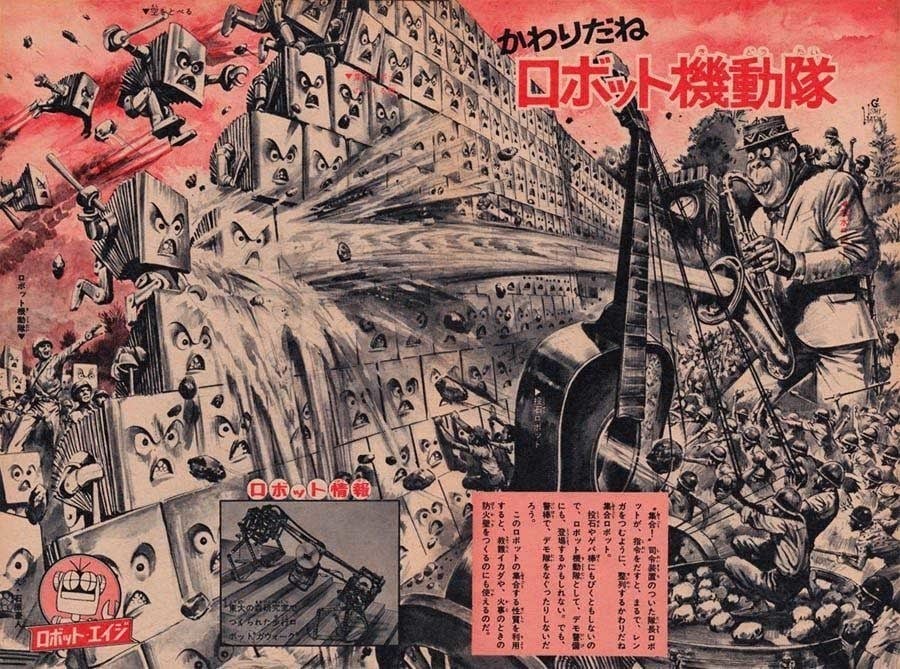 This image from 1969 could easily be imagined as Roger Waters’ inspiration for the Pink Floyd album The Wall. I’m not sure if anyone other than the artist could really know what is actually going on here. 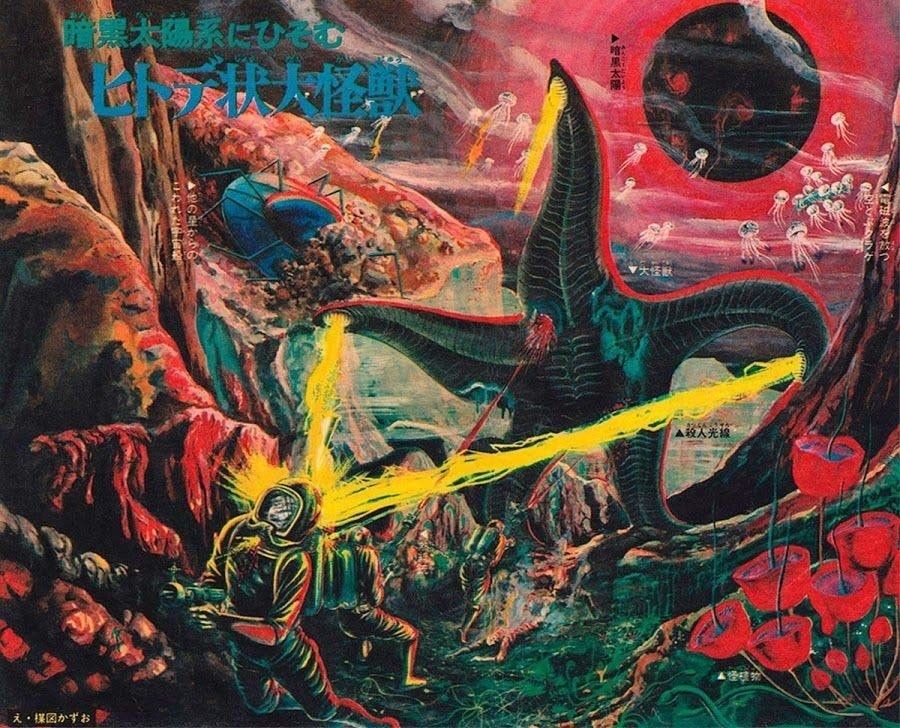 No, you’re not on drugs; a man is using a laser to fight a starfish. However, the saucer-like craft may imply that this scene is playing out on another planet. (Year unknown) 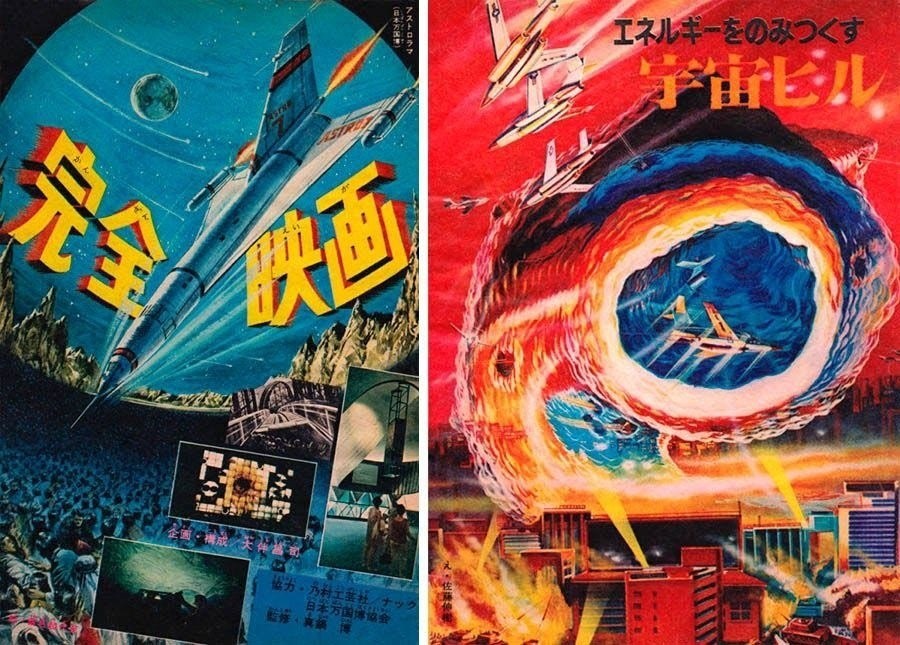 For many decades, most visions of the future have involved space travel. These depictions seem to show portals being used for deep space missions and possibly invasions. (Year unknown) 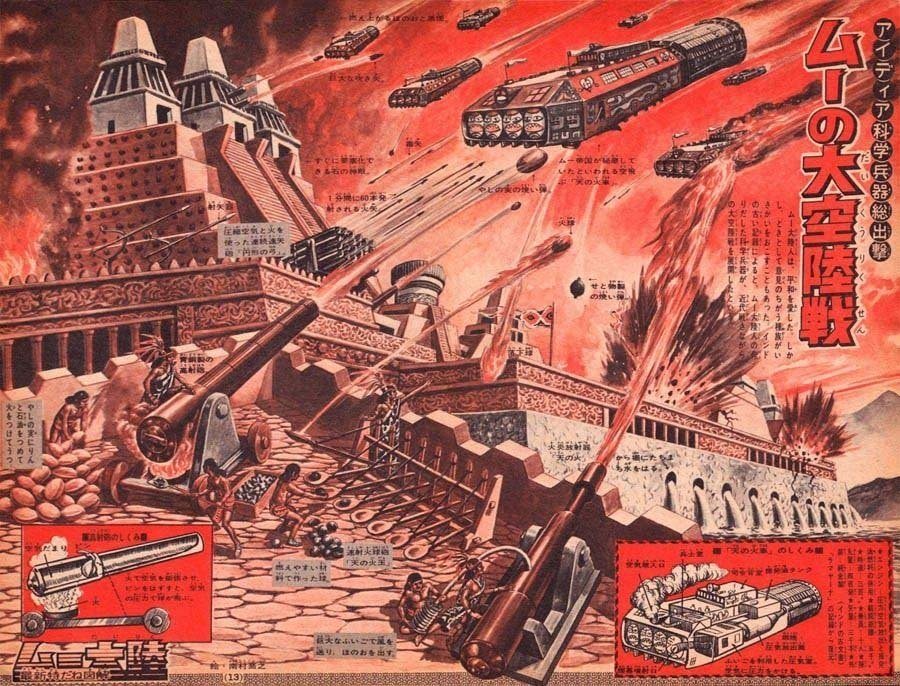 Though the aircraft and cannons used in this far-off war appear to be highly advanced, the building itself looks like a throwback to a lost civilization. (Year unknown) 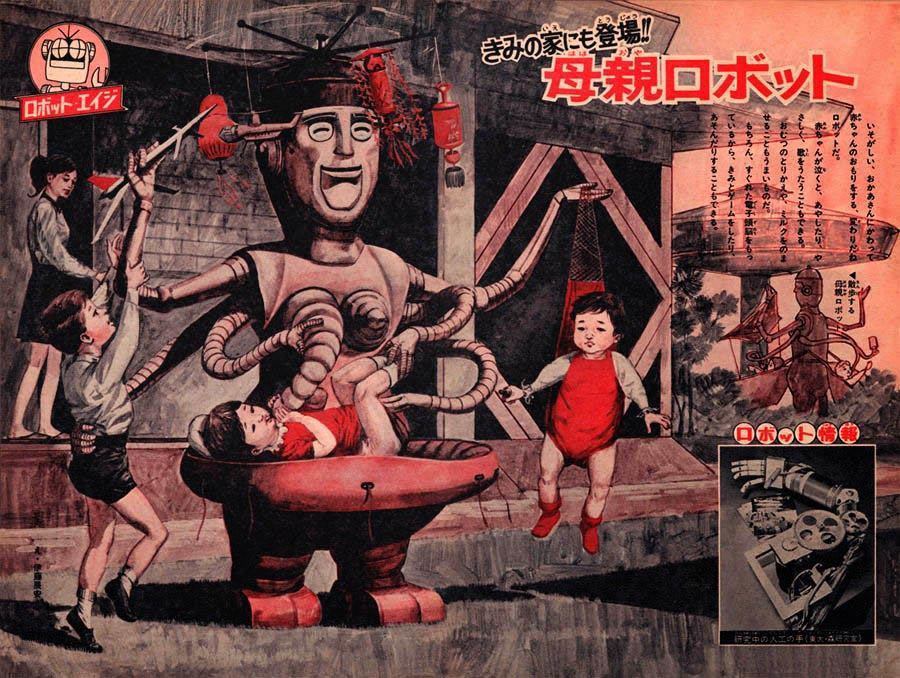 Possibly the most disturbing image of all is this depiction of a robotic ‘nanny.’ A multitasking robot tends to children from infant to adolescent, freeing the parents of the future to engage in more “productive” activities. It’s hard to imagine a time when parents would leave their children under the care of a machine, though in some ways it may be closer than we think. 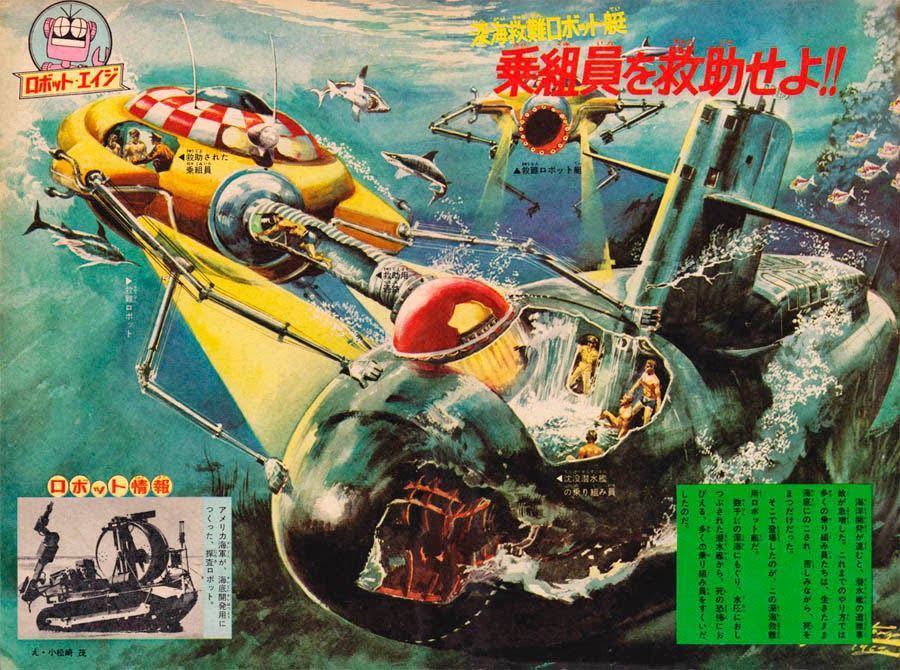 Robotic submarines come to the rescue of a disabled warship, 1969. 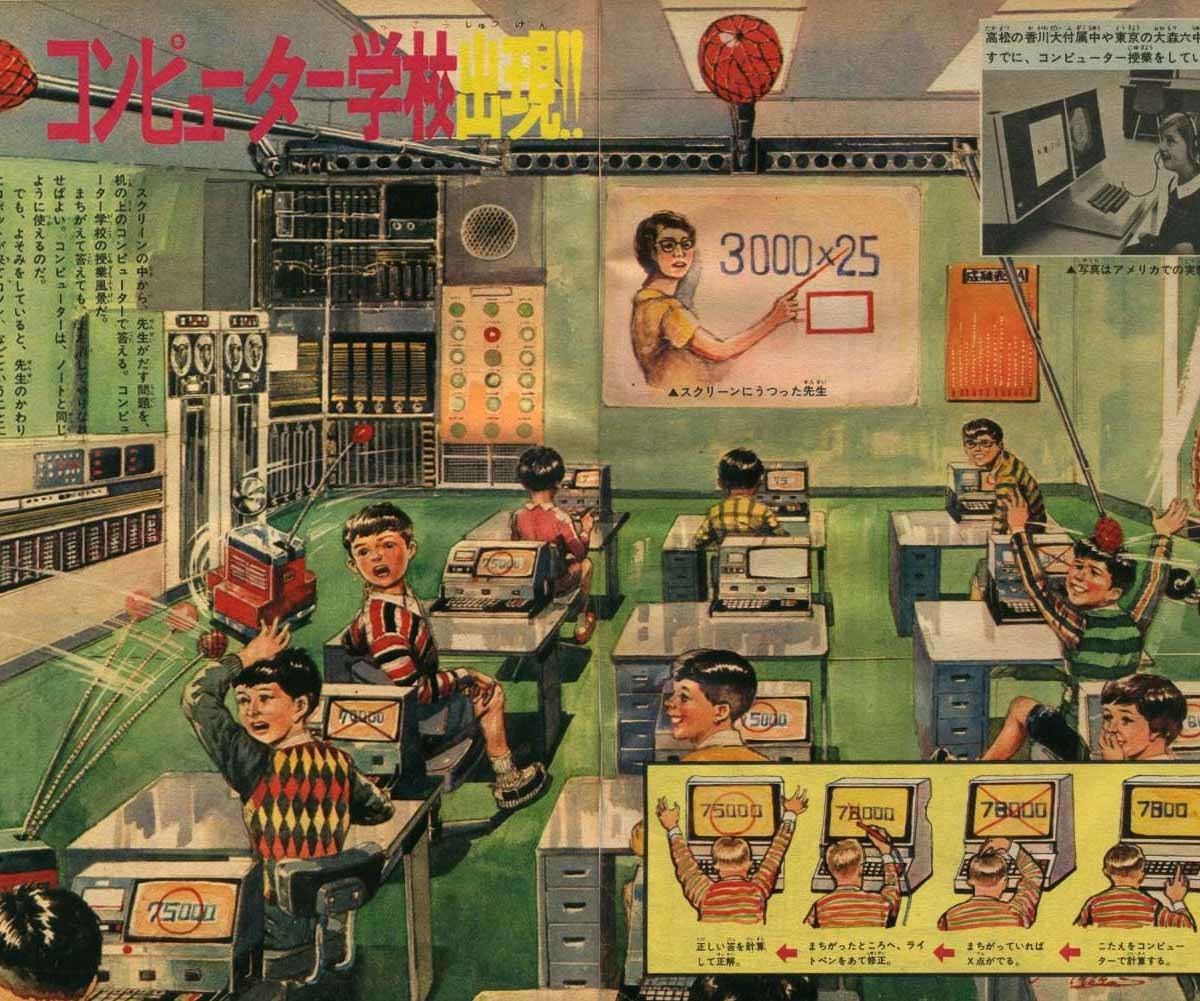 “The Rise of the Computerized School,” illustrated by Shigeru Komatsuzaki, 1969, Shōnen Sunday magazine. The classroom of the future where all students have their own computer stations and the class is taught by a projected image of a teacher. Disciplinary robots roam the classroom to keep track of any students who may get out of line.

To see more 20th century visions of the future, check out what people in the year 1900 thought it would look like.