"Why these sites were chosen as the final resting place for the jars is still a mystery." 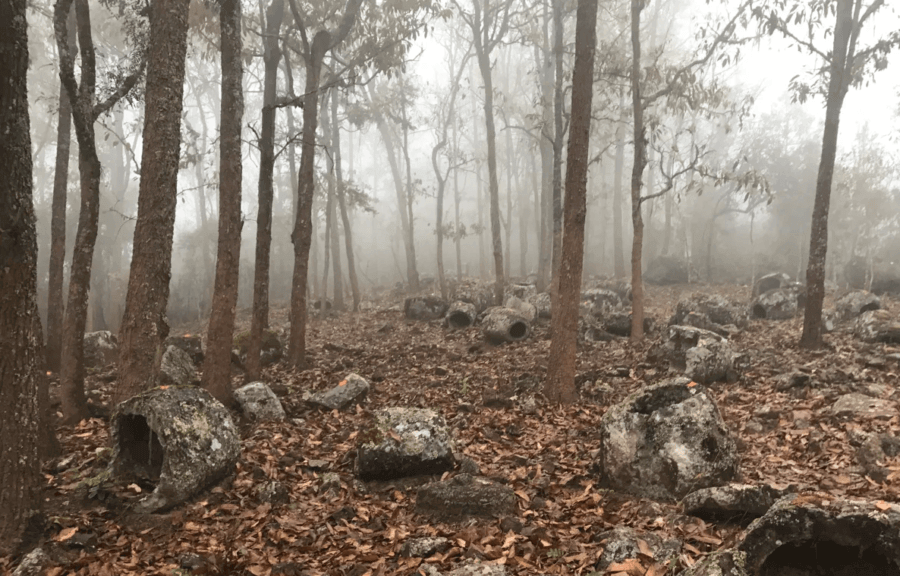 Australian National UniversityArchaeologists found 15 new sites with 137 of these giant stone jars which researchers believe were used as graves.

For years, researchers have been puzzled by the discovery of giant jars filled with dead bodies spread across hundreds of square miles in the unexploded mine fields of southeast Asia. According to a press release, a group of researchers from the Australian National University (ANU) have recently discovered 15 more sites in Laos containing more than one hundred 1,000-year-old jars.

Archaeologists found 137 jars deep in Laos’s the remote and mountainous forests. The artifacts were identified by ANU PhD student Nicholas Skopal with help from the Laotian government.

“These new sites have really only been visited by the occasional tiger hunter. Now we’ve rediscovered them, we’re hoping to build a clear picture about this culture and how it disposed of its dead,” Skopal said.

However, it is still unclear what the original purpose of these “jars of the dead” were, and who were the people that brought them to these locations. 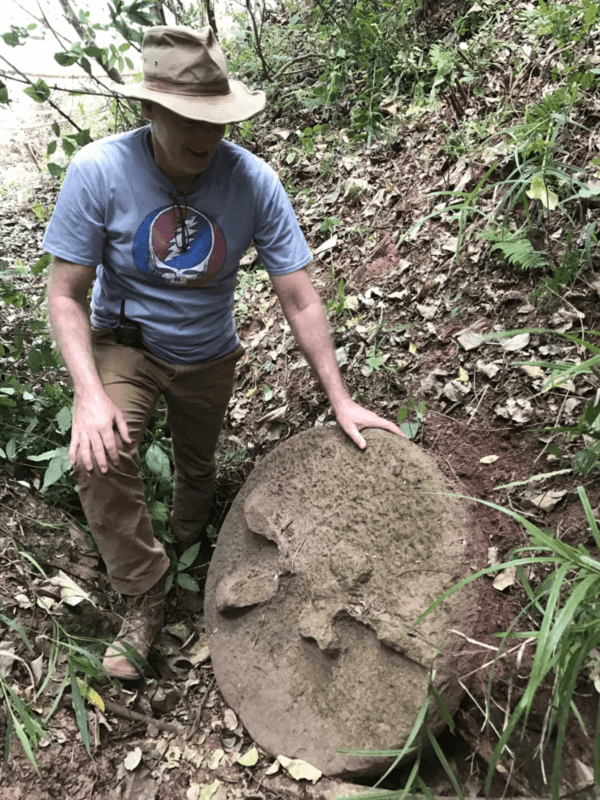 Some of the jars weigh several tons, and many of them were brought to their resting places from quarries miles away.

“Why these sites were chosen as the final resting place for the jars is still a mystery,” said Dougald O’Reilly, an ANU professor who co-led the team of researchers. On top of that we’ve got no evidence of occupation in this region.”

The discovery of the new sites brought along the unearthing of more hidden artifacts. The team found a collection of beautifully carved discs which they believe were meant as grave markers, yet the discs were found buried with their decorated side face down.

“Decorative carving is relatively rare at the jar sites and we don’t know why some discs have animal imagery and others have geometric designs,” said O’Reilly. The detailed carvings show images of human figures and animals among other designs.

Another peculiar finding were miniature jars that were replicas to the giant ones, but instead were made out of clay. These mini jars were buried in the giant jars presumably with the dead. Other artifacts that were found inside the burials include glass beads, decorative ceramics, iron tools, and spindle whorls used in cloth-making. 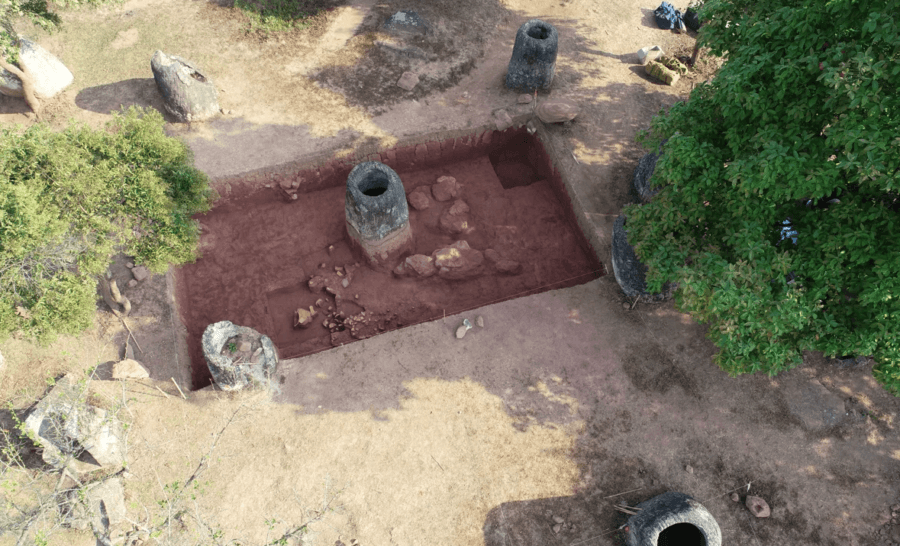 Laos’s Xieng Khouang plateau, better known as the Plain of Jars, is a miles-long expanse home to 90 sites with thousands of giant stone jars. Researchers have found several pits full of human remains that dated back 2,500 years. Those remains weren’t found inside the jars, but one popular theory is that the jars held human remains, perhaps cremated ones.

The Plain of Jars is one of the most dangerous archaeological sites in the world. Between 1964 and 1973, the U.S. dropped more than two million tons of bombs on Laos, as part of its Secret War to protect the Royal Lao government prevent a communist uprising. Up to a third of the bombs didn’t explode, and more than 20,000 people have been hurt or killed by unexploded ordinances since the U.S. withdrew from Laos. 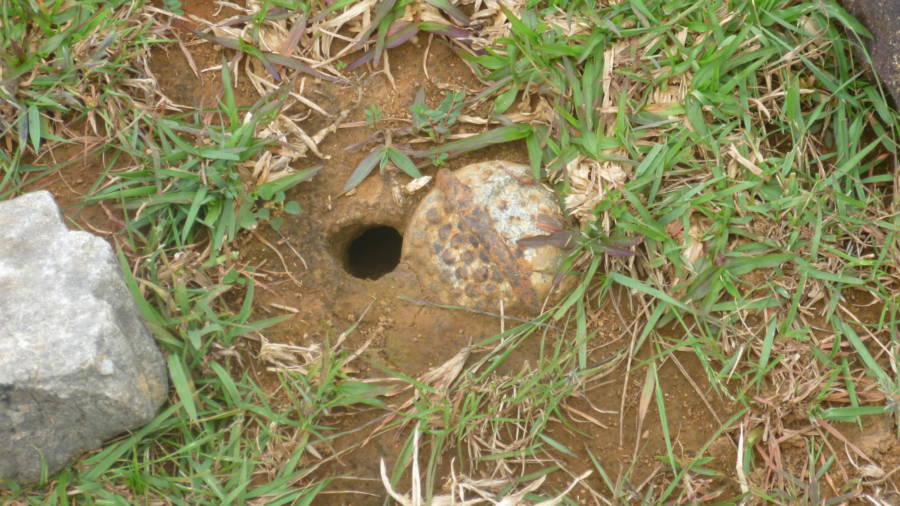 Wikimedia CommonsAn unexploded bomb in the Plain of Jars in Laos. The U.S. dropped more than 2 million tons of munitions on Laos between 1964 and 1973.

The ANU archaeologists haven’t specified exactly where the 15 new sites are located, but it seems they were found outside the Plain. O’Reilly said the new sites show the jars were “more widespread than previously thought.”

To safely research the Plain of Jars, another team of researchers at Monash University in Melbourne recreated the Plain of Jars using a virtual reality simulator. The facility, named CAVE2, provides a room-sized, 360-degree look at the ancient burial site, so archaeologists can study the Plain without the risk of injury or death.

Not much is known about the ancient Asian civilization that created these giant structures, though archaeologists have found similar jars in India and Indonesia. O’Reilly says that he’d “like to investigate possible connections in prehistory between these disparate regions.”

After reading about the discovery of 137 more ancient jars, catch up on the biggest archaeology news of 2018. Then, check out this haunting photo history of the Vietnam War.