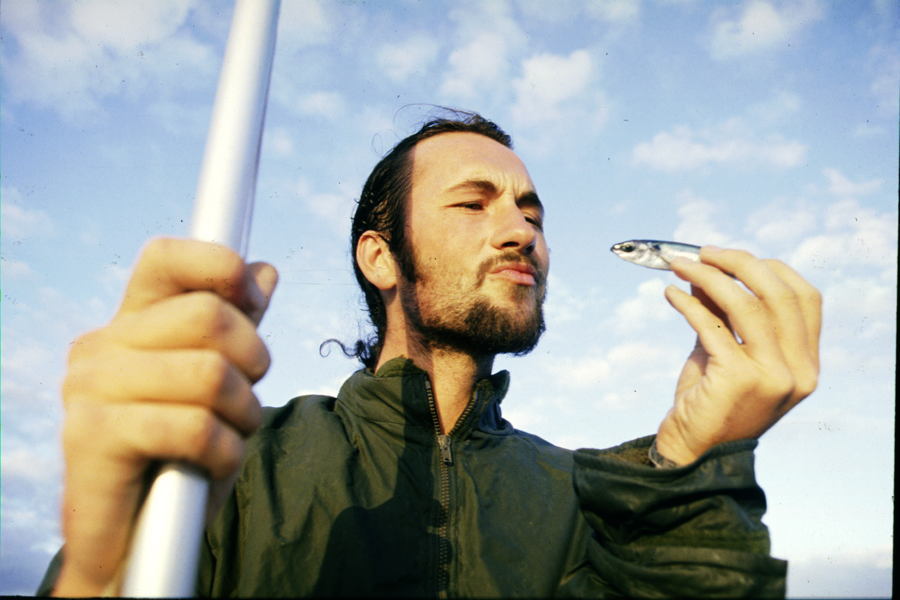 Savannah: I read that you were washing windows before you kicked off your journey, and then one day–and while totally broke–you just left. What compelled you to go?

Jason: It actually wasn’t my idea. I had a window cleaning business in London at the time, and I was also a musician, but not a very good one. So the window washing was supporting my music habit. One day I got a call from an old university friend, Stevie Smith. He said he was bored of his job, and thought of an idea for an expedition while looking out his office window one rainy Monday morning.

He pitched me the idea after we’d been out for a few drinks. I didn’t have any hesitation about agreeing to go on this trip with him. I thought it was such a great idea, to go around the planet using just your own power. It wasn’t just another gimmick-y expedition, like going up Everest a different way. It was beautifully simple, so much so that I wondered why no one had done it before. It also appealed to what I was interested in at that point in my life, which was the idea of individuals going into the wilderness to find some knowledge or truth, and to return to civilization and hopefully be a slightly better person. So that element of the journey appealed to me as well.

Savannah: Who helped you along the way? I know you said that this was a “nomadic experience” for you. But I’d imagine that had it not been for the kindness of a number of others it wouldn’t have worked. 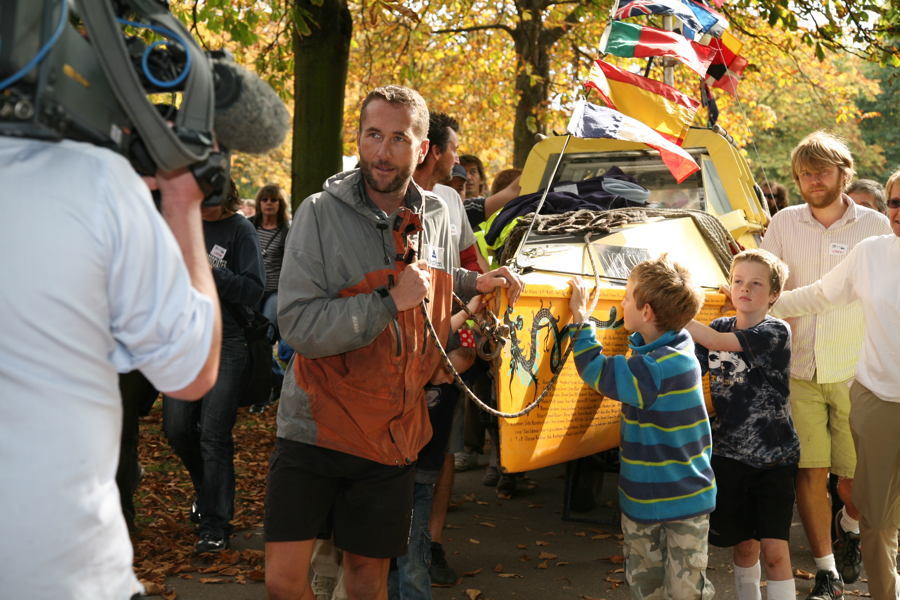 Jason: This is where we come back to the US. When we arrived in Miami having pedaled across the Atlantic in 111 days, we literally had no money. We’d borrowed some from family and friends at the beginning, but we knew it wasn’t enough to get us far. Since we were unknowns and the trip was going to take no less than four years, nobody wanted to sponsor us.

Anyway, we arrived in Miami and thought, “Well, if nothing happens here then this whole thing will fold, and we’ll go back to England with our tail between our legs.” The American people, I remember, started to help from the very beginning. We parked the boat in a marina, and sold expedition t-shirts and names on the boat for twenty dollars. A nurse and her husband, a cop, kindly let us stay in the spare room of their house. Loads of people helped us in Miami and Fort Lauderdale, and that became a continuing theme throughout the first 11 years of the trip.

I finally picked up a sponsor in Singapore who underwrote the rest of the expedition back to Greenwich. But the vast majority of this trip was only accomplished through the kindness and wherewithal of the people we met along the way. And in some ways I think that made it more interesting. It made the expedition more inclusive, people powered to the core. It made it so that we were only able to move forward when we had met enough people in the local communities we passed through.

Savannah: How did you handle that uncertainty?

Jason: At first it was quite fun. If we had had all the money in the world, we could have just kept on going, and set some speed record for going around the world. But that does not appeal to me at all. So instead we got to meet all these really interesting people, in order to get twenty dollars out of their pocket [laughs].

Of course it was much more than that; you become part of people’s lives and vice versa. However, I do admit that after a decade on the road I became very tired of arriving in a new town, making friends, getting a little whiff of community and then having to say goodbye again. It gave me a better appreciation for how fundamentally social we are as a species.

I might have had aspirations to be nomadic at the beginning, but by the end, I had no illusions that I like—and that we all need—people. I reject the idea of spending your entire life in a cave to reach enlightenment. How is that going to help anyone? I was very much ready to re-integrate myself back into society by the time I finished.