The pioneering yet often overlooked career of Jeannette Rankin, the first women ever in the U.S. Congress. 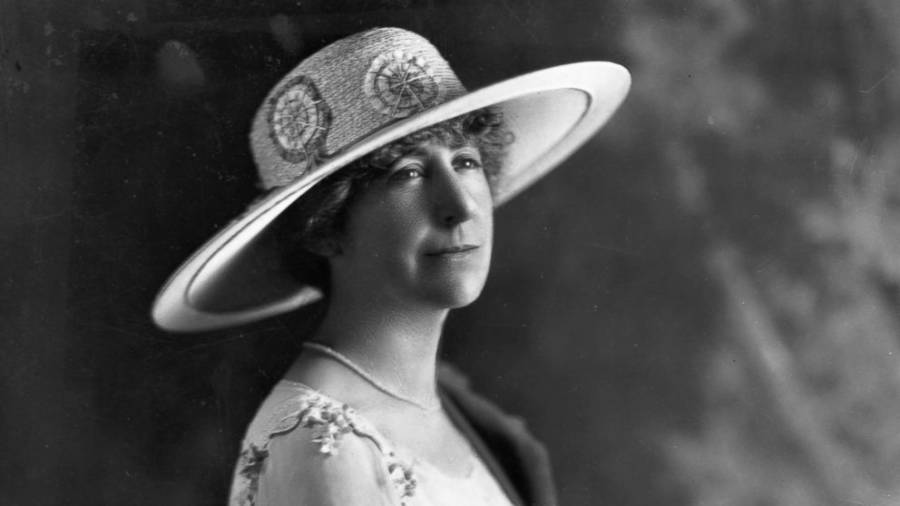 Most Americans can easily name the first president (George Washington), the first man on the moon (Neil Armstrong), and the first guy to talk on the phone (Alexander Graham Bell, who kind of ruined the moment by saying, “Mr. Watson — come here — I want to see you.”).

But there’s one first that doesn’t get much attention: The first woman to serve in the United States Congress.

That woman was Jeannette Rankin and, despite having little name recognition in 2017, she was an indisputable bad-ass.

Jeannette Rankin And The Right To Vote

After becoming a prominent voice in the women’s suffrage movement (leading her home state of Montana to give women the vote in 1914 — six years before the Nineteenth Amendment would afford that right to all women at a federal level), Jeannette Rankin decided to run for public office.

Rankin, a Republican, won a congressional seat in 1916, promoting the idea that women were not only men’s equals, but could bring something different and important to the table. A she once said in a congressional speech:

During her time in the House of Representatives, she continued to campaign for women’s rights — lobbying for the creation of a Committee on Woman Suffrage and opening the first House debate on the Nineteenth Amendment, the one that did ultimately give women the right to vote, in 1918.

“How shall we explain to them the meaning of democracy if the same Congress that voted for war to make the world safe for democracy refuses to give this small measure of democracy to the women of our country,” she said, asking her peers how they would justify their decision to their constituents.

This initial attempt to amend barely passed the House and was later defeated in the Senate. Though Congress later passed the Nineteenth Amendment after Rankin’s time as a Congresswoman ended, she remained the only woman to ever cast a vote for national women’s suffrage. 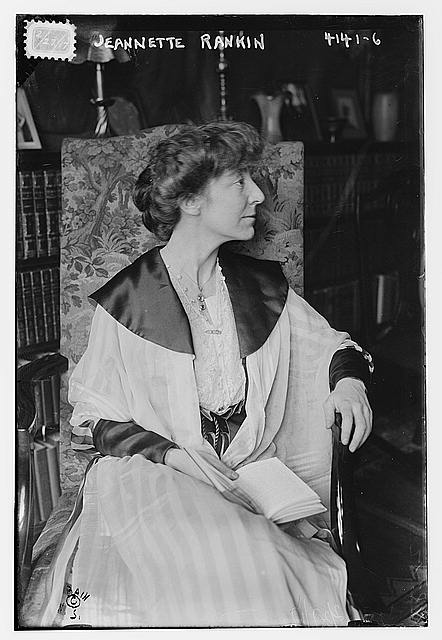 Library of CongressJeannette Rankin in 1917.

Many celebrated Jeannette Rankin’s election. Members of the House gave her a standing ovation at her swearing in, she received several marriage proposals from strangers in the mail, and a toothpaste company reportedly offered her $5,000 for a photo of her teeth.

But the public goodwill was short-lived, largely because Rankin had the distinction of being a pacifist as the country was entering World War I.

In 1917, she was one of the 49 representatives to vote against the U.S. declaration of war.

Though this decision (along with some malevolent gerrymandering in Montana) would ruin her chances for reelection in 1918, it didn’t destroy her political career.

After losing the reelection and a bid for the Senate, Rankin spent years working as the leading lobbyist for the National Council for the Prevention of War.

Then, after reclaiming a seat in the House in 1940, she faced yet another decision that would challenge her pacifist beliefs. On December 8, 1941, the day after Japan’s attack on Pearl Harbor, Rankin was the only person to vote against America entering World War II.

“As a woman, I can’t go to war and I refuse to send anyone else,” she said, after being greeted by boos and hissing. The decision passed 388 to 1, and Rankin hid in a phone booth to avoid angry citizens. She soon received a telegram from her brother stating: “Montana is 100 percent against you.” 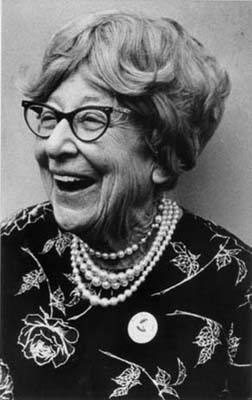 After the World War II vote, reporters and other members of Congress gave Jeannette Rankin the silent treatment for the duration of her term. She knew she wouldn’t stand a chance at reelection and decided not to run.

But she never stopped working for peace.

At the age of 87, she led thousands of women to march on Washington in protest of the war in Vietnam. They were called the Jeannette Rankin Brigade.

“We’ve done all the damage we can possibly do in Vietnam,” she said. “You can’t settle disputes by shooting nice young men.”

Rankin passed away in 1973 at the age of 93. She is still the only woman to have ever held a Congressional seat in Montana.

And though this new session of Congress brings a record number of women onto the floors of the Senate and the House, it is still nowhere near the 50 percent that Rankin envisioned.

But maybe, as hundreds of thousands of women prepare to protest the coming inauguration, Rankin’s legacy will be celebrated again.

“If I had my life to live over, I would do it all again,” she once said. “But this time I would be nastier.”

Fascinated by this look at Jeannette Rankin? Next, read about how people attempted to deny women the right to vote. Then, seephotos of how the suffrage movement got the support it needed.