Inside The Unsolved Disappearance Of Jennifer Kesse

It's been 12 years since Jennifer Kesse disappeared from her Florida home without a trace. 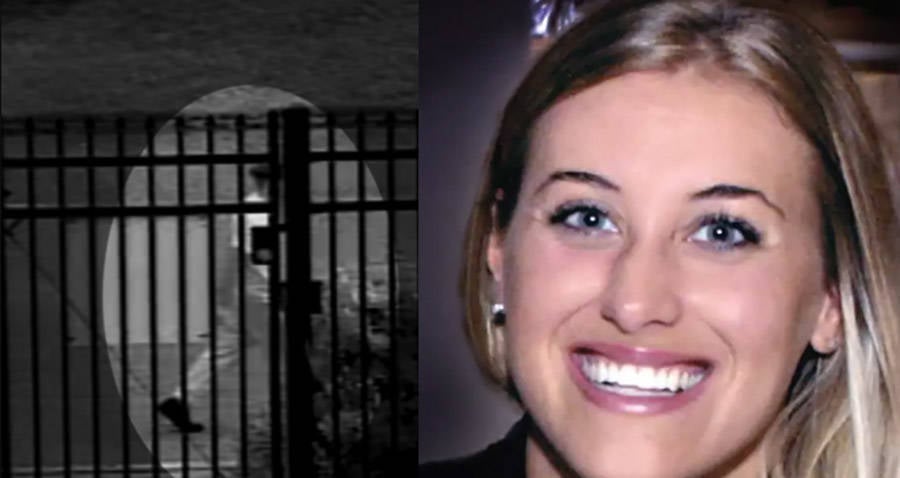 Public Domain; Wikimedia CommonsLeft: A still from security footage of an unidentified person of interest in the case of Jennifer Kesse’s disappearance; Right: Jennifer Kesse

“We don’t have answers.” — Joyce Kesse, mother of Jennifer Kesse

On the evening of Jan. 24, 2006, friends and family of 24-year-old Floridian Jennifer Kesse had already begun to pass out fliers requesting information on the whereabouts of the young woman who had vanished either late the night before or early that morning. By the following day, news of her disappearance had spread beyond Orlando and into national news outlets.

Before she vanished, Jennifer Kesse seemed to have it all: a loving family and boyfriend, a great job, and no reason for her to drop everything and run away. Her loved ones naturally assumed that something terrible must have happened.

That remains the prevailing assumption today. But more than a decade later, detectives still have not made much headway in the case.

There is some haunting, grainy video footage of a person of interest and authorities have found Kesse’s abandoned car, but there is overall minimal physical evidence for law enforcement to work with. So what exactly happened to Jennifer Kesse in 2006? 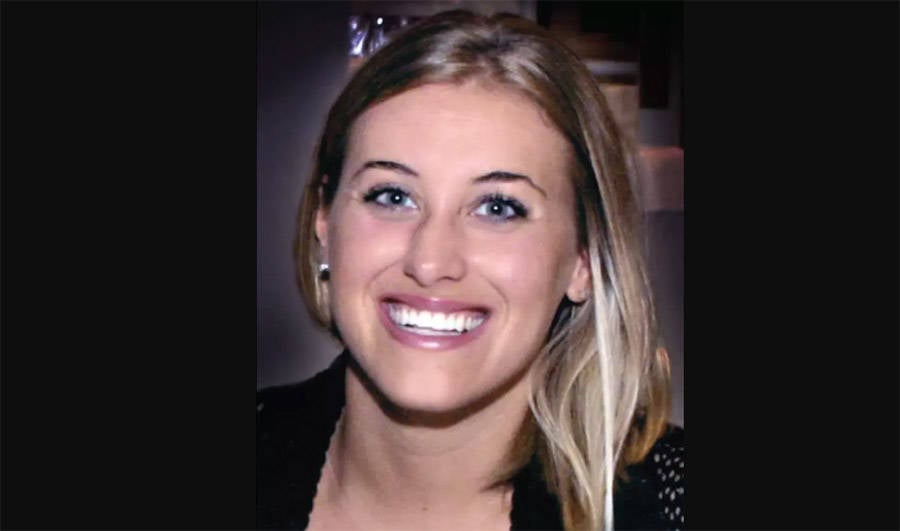 Jennifer Kesse was 24 at the time of her disappearance and by all accounts was a successful young woman. She had a stable job working as a finance manager for Central Florida Investments Timeshare Company in Ocoee, Florida and was the proud new owner of a condo in nearby Orlando. Kesse and her boyfriend, Robert Allen, had recently vacationed in the U.S. Virgin Islands. Life appeared pleasant.

Then came the morning of January 24.

Kesse had returned home from work around 6 p.m. the night prior and chatted with her family on the phone. She called her boyfriend later that night at around 10 p.m. before turning in for bed. Robert Allen would be the last person in Kesse’s inner circle to have contact with her.

It was common for Kesse to call or send a text message to her boyfriend as she was leaving for work, but no message came on the morning of Jan. 24. Concerned, Allen made several attempts to contact his girlfriend, but texts went unreturned and phone calls went straight to voicemail.

Coworkers had also begun to wonder why they hadn’t heard from Kesse. It was unlike her to not call in and she had missed an important morning meeting.

At 11 a.m., Jennifer Kesse’s employer contacted her parents to inform them of the situation. Realizing that something was amiss with their daughter, Drew and Joyce Kesse made the drive down from Tampa to Orlando to check if their daughter was at her home.

They soon discovered that her car was missing, but that her condo did not show any signs of disarray. They found a damp towel, puddles in the shower suggesting she washed before work that morning, a pair of pajamas on the floor, and some makeup on the counter.

Her mother noted in the podcast Unconcluded, which details the investigation, that a particular pair of pumps that Kesse was excited about was missing from her closet that morning. All of this evidence seemed to indicate that Kesse had left for work as usual. (It should be noted, however, that the Orlando Police never processed Kesse’s condo as a crime scene.)

So where was she?

In the years following Jennifer Kesse’s disappearance, police have managed to track down her car, but not much else. Two days after Kesse disappeared, police received a phone call from somebody who had seen a photo of her car on the news and thought that it looked a lot like the one parked outside their apartment complex. It was indeed the car in question (a black 2004 Chevy Malibu).

Upon analyzing the car at the police crime lab, just two pieces of physical evidence were recovered — a latent print deemed “too minuscule” to yield any helpful information and a small amount of DNA.

A DVD player of hers remained in the backseat of the car, and because Kesse’s personal effects like her cell phone and purse have never been located, it can be surmised that the motive of the suspect was not robbery.

While the lack of physical evidence from the car was frustrating, the video footage captured from the apartment complex was just as disappointing for detectives.

The surveillance video showed a person of interest dropping off the car at noon on the day of the disappearance, but any physical description of the suspect is almost entirely obscured by the apartment’s gate. The cameras were designed to capture images just once every three seconds (as opposed to continuously), and it just so happened that at each interval, the person of interest was obscured by a different gate post while walking by.

Investigators went so far as to tap NASA to enhance video footage of the person but have even been unable to determine whether that person was even a man or woman. Police could only discern that the person was between 5’3″ and 5’5″. Journalists who covered the story reported that the obscured footage made this person of interest “the luckiest person of interest ever.”

Footage of the anonymous person of interest.

Without much physical evidence to go on, the investigation turned to those who knew Jennifer Kesse. Her boyfriend and brother both checked out and an ex-boyfriend who had wanted to rekindle the relationship was also ruled out. Detectives learned that an older work colleague had unsuccessfully pursued a romantic relationship, but he too was determined unsuspicious.

Kesse had mentioned to her family that construction workers doing renovations at her complex would occasionally catcall, but those leads also turned up nothing. Her credit cards went unused after her disappearance and her cell phone had been turned off. The beloved daughter of the Kesse family was nowhere to be found and there were no clues to go on. 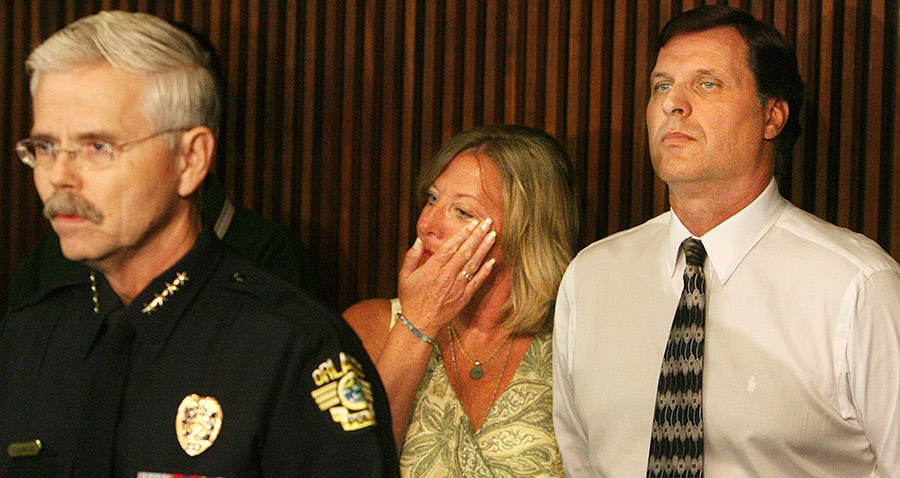 Red Huber/Orlando Sentinel/MCT via Getty ImagesJennifer’s parents, Joyce and Drew Kesse, stand behind Orlando Police Chief Mike McCoy during a news conference regarding the release of video footage concerning their daughter’s disappearance. May 17, 2007.

“Imagine waking up and your daughter is nowhere to be found,” Orlando police Det. Teresa Sprague told the Orlando Sentinel on the 10th anniversary of the disappearance. “You can’t reach her, you can’t locate her. The police can’t locate her. Hours turn into panic and days into your worst nightmare. I cannot imagine the nightmare the Kesse family has been sleepwalking through for the last 10 years.”

As of late, the Kesse family has been largely disappointed in the Orlando Police investigation, stating that they have largely withheld information from the family. They add that outside of a two-page document, the police have had little contact with the family regarding their progression on the case. “We need to get this information,” Kesse’s father reported to Fox News, “after 12 years, we deserve that.”

Anyone with information regarding the case is asked to contact Crimeline Florida.

After this look at Jennifer Kesse and her mysterious disappearance, check out the story of John List, the man who killed his family and disappeared for 18 years. Then, investigate the unsolved disappearance of Maura Murray.