John List, The Mass Murderer Who Killed His Family So He’d See Them In Heaven

On November 9, 1971, John List shot his wife, his mother, and his three children. Then he made a sandwich, drove to the bank, and disappeared for 18 years.

John List appeared to be the perfect son, husband, and father. He worked hard as an accountant at a nearby bank to provide for his family. The New Jersey mansion he inhabited with his mother, wife, and three children had 19 rooms, including a ballroom, marble fireplaces, and a Tiffany skylight.

List and his family were the embodiment of the American dream in 1965. They attended church every Sunday as devout Lutherans and List taught Sunday school. Everything looked great on the surface. 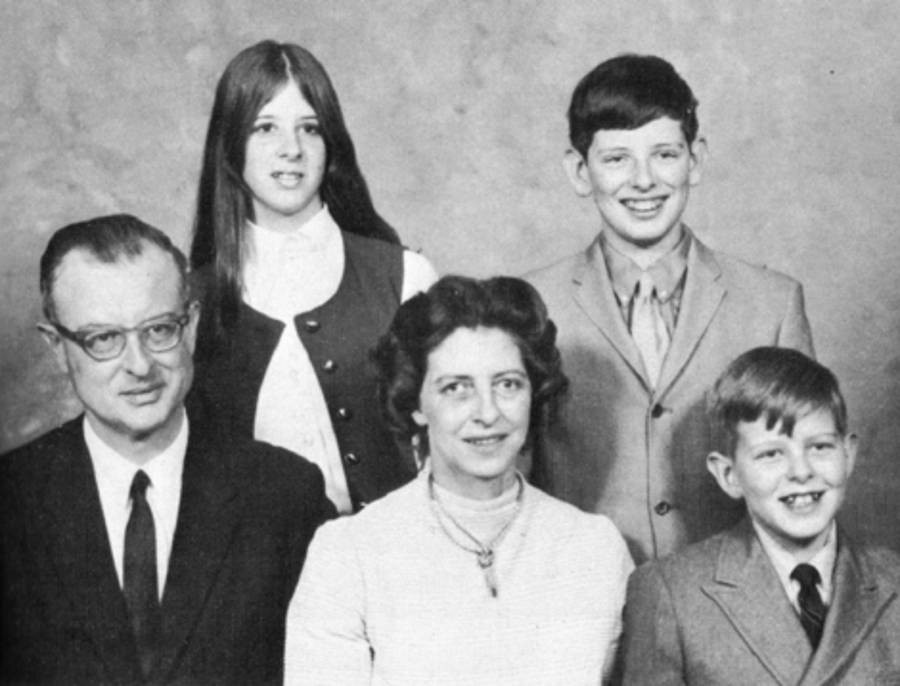 Wikimedia CommonsJohn List with his wife and three children.

But almost nothing was as it seemed.

In 1971, John List lost his job at the bank at age 46. Subsequent jobs didn’t pan out. He couldn’t bear to tell his family about the loss of income. 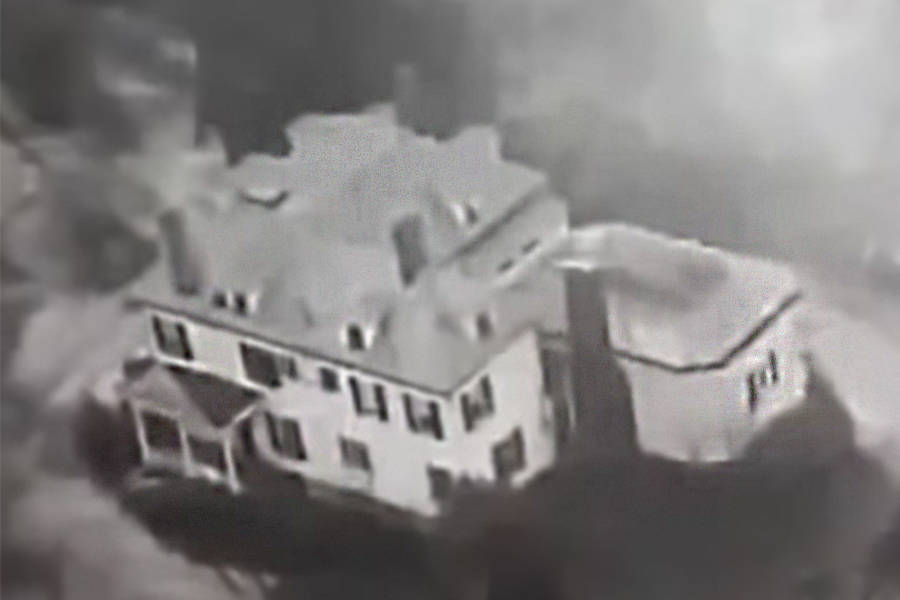 So he spent his days at the train station, reading the newspaper and secretly skimming money from his mother’s bank accounts to pay the mortgage. He refused to go on welfare, as it would entail excruciating embarrassment in the community and violate the principles of self-sufficiency that he learned at his father’s knee.

It’s hard to believe the solution he arrived at would have been more acceptable to his father, but John List would later say it seemed to him the only option: the murder of his mother, wife, and children.

They were shot methodically one by one. Helen was first. List saw the children off to school and then shot her in the kitchen as she sipped her customary morning coffee. Then, he went up to the third floor and murdered his mother in her bed.

He killed Patricia when she returned home from school, then the youngest son, Frederick. He made himself a sandwich, closed out his bank accounts, and cheered for his only surviving son, John, at his high school soccer game. He gave him a ride home, then shot him in the chest. 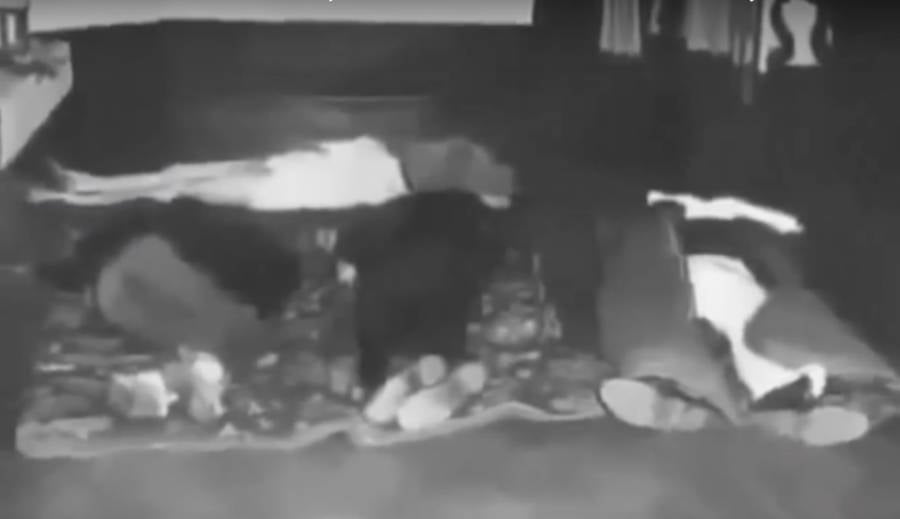 YouTubeThe bodies of John List’s wife and three teenage children were found laid out on sleeping bags in the ballroom. Their faces were covered.

John List laid the bodies of his family members on top of sleeping bags in the ballroom, then composed a note to his pastor, who he felt would understand. He feared his family, confronted with a world full of evil and poverty, would turn from God; this was the only way to ensure their safe arrival in heaven.

He was not, however, willing to suffer the earthly consequences of his actions. In an effort to baffle the police, he cleaned the crime scenes and used scissors to remove his image from every photo in the mansion.

He canceled all deliveries and contacted his children’s schools to let their teachers know the family would be on vacation for a few weeks. He turned on the lights and the radio, leaving religious hymns playing in the house’s empty rooms.

He slept in the mansion where his family lay dead, then walked out the door the next morning — and wasn’t seen again for 18 years. 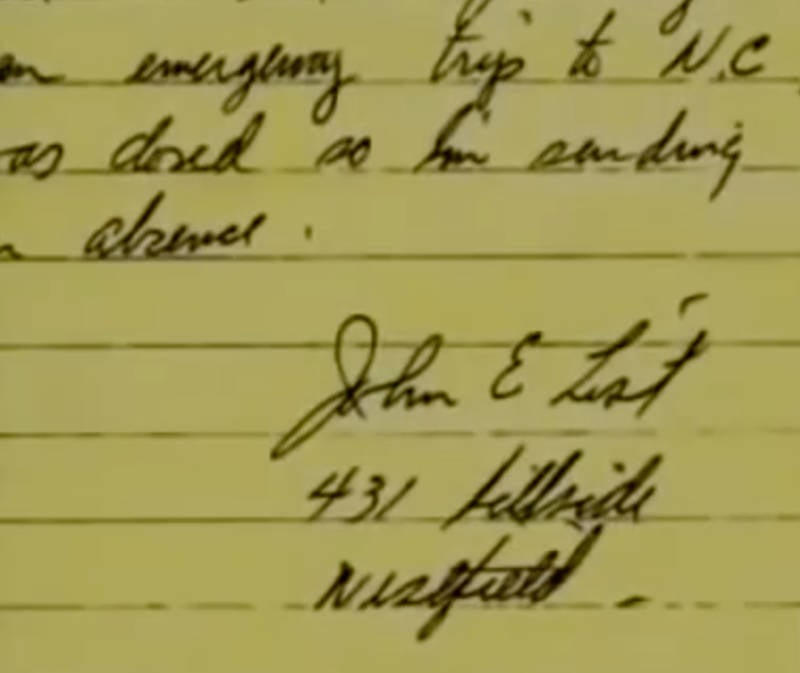 YouTubeThe note John List wrote excusing his children from school. He said they were going to North Carolina to visit an ailing relative.

A month passed before neighbors, curious about the constantly burning lights and empty windows, began to suspect something was wrong at the List mansion.

When authorities entered the Westfield, New Jersey house on December 7, 1971, they heard organ music piped through the intercom system. They also found the five-page note from John List explaining that the bloodied bodies on the ballroom floor were his family members, killed out of mercy. He had saved the souls of the people he loved.

The FBI found his car parked at Kennedy International Airport in New York City, but they never found him. The trail went cold. 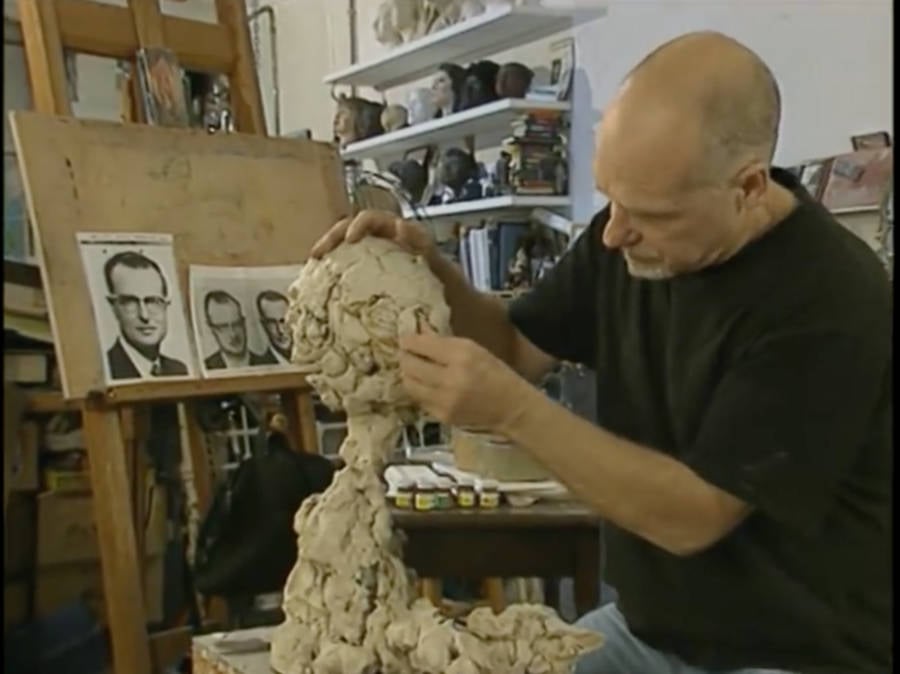 Fast forward 18 years to 1989. New Jersey prosecutors had come up with a plan.

They had an expert forensic artist, Frank Bender, create a physical bust of John List as Bender imagined he might have aged. Bender gave him a hawk nose, grizzled eyebrows, and horn-rimmed glasses. Psychologists theorized that List would wear the same spectacles he wore as a younger man to remind him of more successful days. 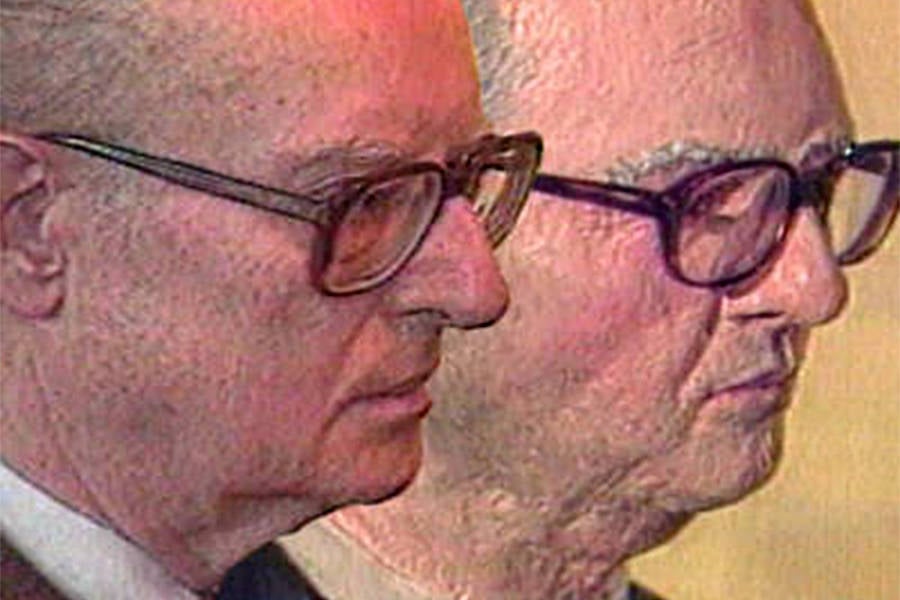 YouTubeThe bust created of John List, right, next to the real John List, left. Aside from a few extra wrinkles, the bust was spot on.

It was a masterful depiction of John List. When America’s Most Wanted aired the story of the John List murders on May 21, 1989, an audience of 22 million saw Frank Bender’s sculpture. Tips came pouring in.

One tip came from a woman in Richmond, Virginia, who thought her next-door neighbor, Robert Clark, bore a striking resemblance to the bust. The tipster said her neighbor was also an accountant and attended church.

Authorities went to Clark’s home and spoke to his wife, whom he met at a church social gathering. Her story put an end to the 18-year-long mystery.

It turned out that List had changed his identity and moved to Colorado under the assumed name Robert Clark. The alias worked, and he kept it when he moved to Richmond.

At his trial in 1990, defense lawyers argued that List suffered from PTSD from his military service in World War II and Korea. Expert psychologists believed rather that List was going through a mid-life crisis — and as the prosecution pointed out, that was no excuse for killing five innocent people.

The jury finally found John List guilty and a judge sentenced him to five life terms in a New Jersey prison.

In an interview with Connie Chung in 2002, List said he didn’t kill himself after killing his own family because he felt that would prevent him from getting to heaven. All List wanted was to reunite with his wife, mother, and children in the afterlife, where he believed there would be no pain or suffering. 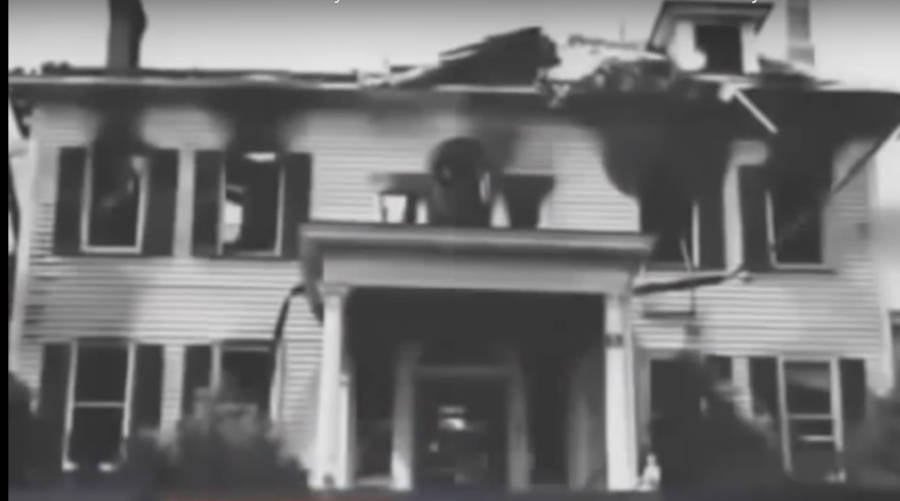 The mansion in New Jersey where John List lived with his family burned down several months after the murders. Authorities never found the cause of the fire, and a new house was built on the property years later.

The memory of the murders still haunts Westfield residents. In an interview in 2008, parents told a reporter in New Jersey that children will not walk past that property, nor do they even want to live on the same street.

Who can blame them?

After learning about the murders committed by John List, check out the story of Dale Cregan, the one-eyed killer. Then, read the chilling story of John Wayne Gacy, the original killer clown.