The Story Of Jerrie Cobb, The Record-Breaking Pilot Who Should Have Been America’s First Female Astronaut

In 1960, Jerrie Cobb and 12 other women passed the 75 grueling tests for NASA’s astronaut prospects — but was still denied a place in the program because of her sex. 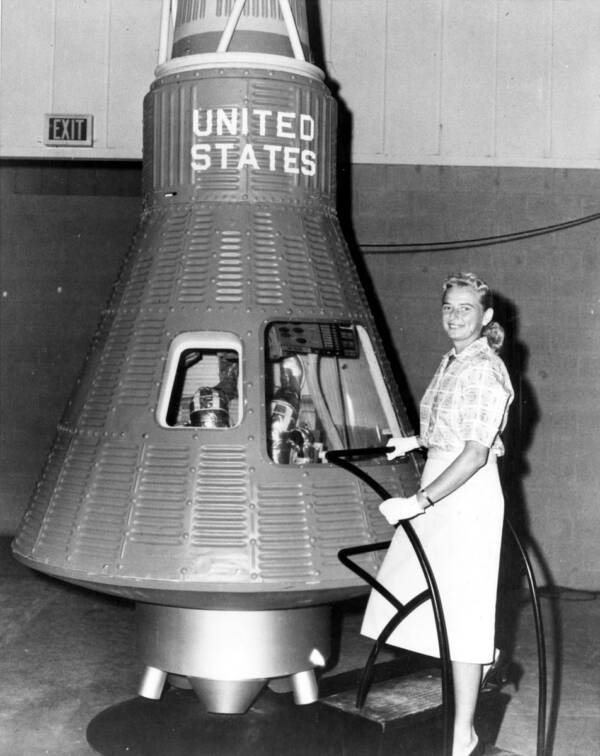 NASAAlthough Jerrie Cobb scored in the top two percent of NASA astronaut training, the agency refused to allow women like her to join.

In the early 1960s, the space race heated up. In an effort to beat the Soviets to the moon, NASA began training astronauts. But when pilot Jerrie Cobb petitioned for the space agency to accept female astronaut trainees like her, she was shut down.

The press ate up the story of Jerrie Cobb. One newspaper described her as “a pretty 29-year-old miss who would probably take high heels along on her first space flight if given the chance.” Another printed her weight and measurements, stating, “The lady space cadet is five-feet, seven inches tall, weighs 121 pounds, and measures 36-26-34.”

But Cobb didn’t let reductive and sexist comments like this prevent her from demanding a place for women in the space program. But her efforts were to no avail, as NASA simply refused to select women like her.

Thus three years later, Cobb and her fellow “lady space cadets” had to watch as the Soviet Union put the first woman in space. This is the story of how rampant sexism kept a pioneering pilot out of space history.

Born in Oklahoma in 1931, Cobb became a pilot at only 16 years old. She was a born athlete, playing softball for the local team, City Queens. Cobb used her softball earnings to buy a plane.

In the 1950s, female pilots were rare. As a corporate pilot, Cobb set multiple records, including an altitude record. She also became the first woman to fly in the Paris Air Show. 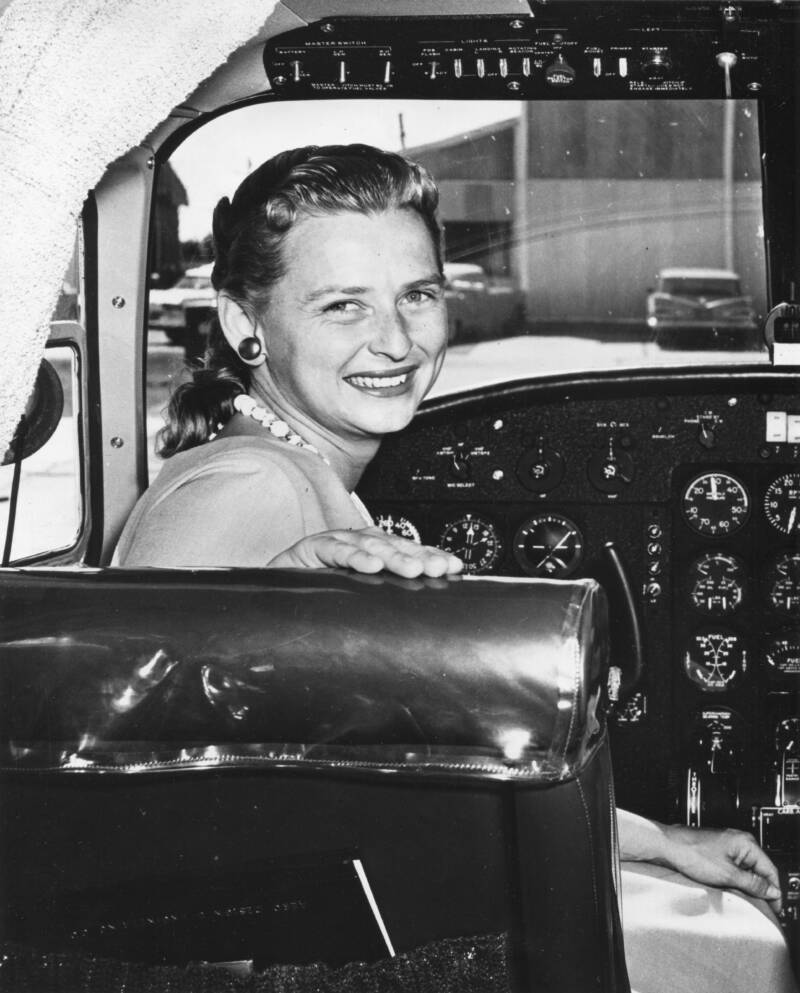 United States Information Agency/PhotoQuest/Getty ImagesJerrie Cobb spent much of her life in the cockpit of a plane, where she racked up twice as many flight hours as astronaut John Glenn.

Jerrie Cobb’s prestigious career brought her to the attention of NASA physicians. Randy Lovelace, who had designed the physical tests for the Project Mercury astronauts — NASA’s original seven astronauts — wanted to test women’s stamina in space, too.

Because women required less oxygen than men and typically had a lower mass, Lovelace pushed for a female astronaut training program.

At NASA, some men agreed. They thought that if women could handle the stress of space travel, then women could work as telephone operators and secretaries on moon bases.

But Cobb had no interest in working as a secretary, though she did want to become an astronaut. She came to see the physical fitness tests as the best way to prove that NASA should train female astronauts. 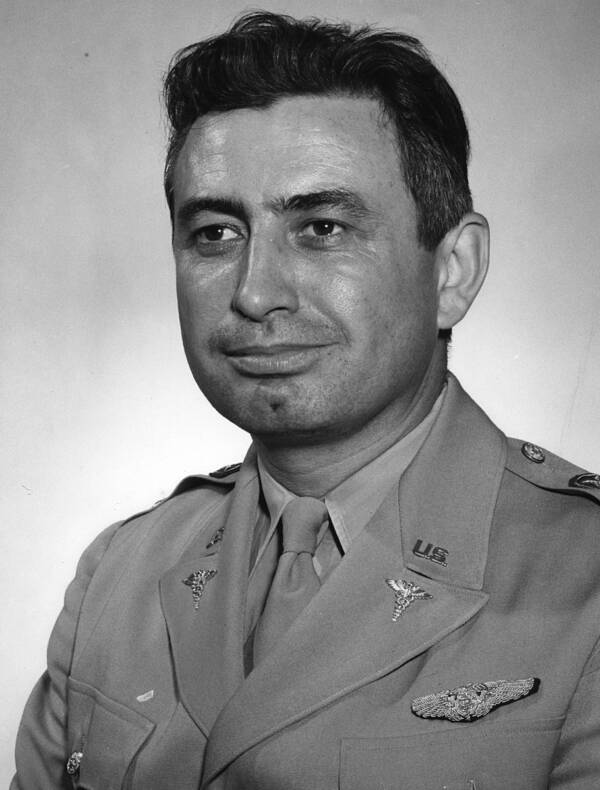 The piece introduced Jerrie Cobb to the nation as a “prospective space pilot” and praised her as someone who “complained less than the Mercury men had.” For reference, the “Mercury men” were the seven original American astronauts.

But NASA still refused to fund the women’s testing program, so Lovelace ran his tests on a private basis. By now, Cobb wasn’t the only woman taking the astronaut test, 19 women joined in total. And the “lady astronaut” trainees, as she called them, underwent the same grueling fitness tests as NASA astronauts.

The testing started with physical fitness assessments. In one test, the women each had to swallow three feet of rubber tubing. Other tests examined their lung capacity and endurance.

Then, the training moved to psychological exams. Wally Funk, one of the trainees, spent over 10 hours in an isolation tank. This was much more grueling than NASA’s test, which left astronaut trainees alone in a room for three hours.

In the final round, Jerrie Cobb stepped into a space flight simulator that rotated her 30 times each minute on three axes. Alan Shephard, the first American in space, had bailed on the simulator during his first test — while Cobb spun in it for 45 minutes. 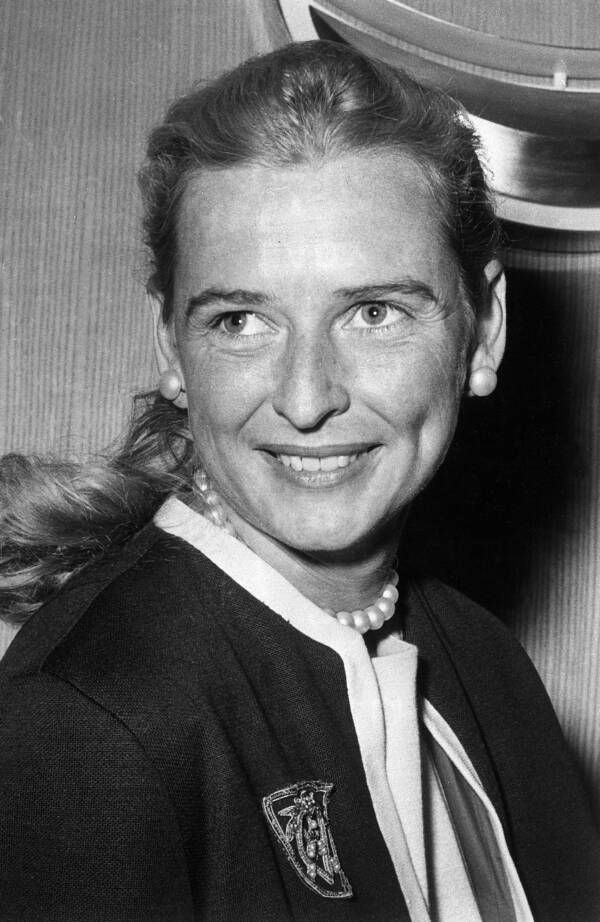 When Lovelace released the results, he declared, “We are already in a position to say that certain qualities of the female space pilot are preferable to those of her male colleague.”

Lovelace added, “There is no question but that women will eventually participate in space flight.”

He was right — but the first women in space wouldn’t fly for NASA.

Behind NASA’s Resistance To Female Astronauts 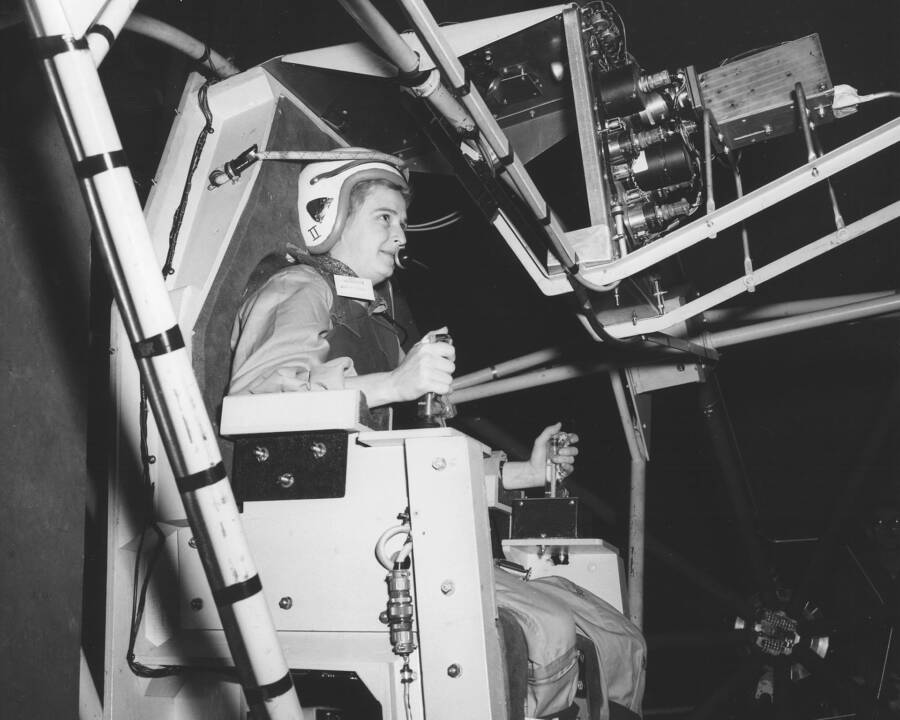 Prior to the “lady astronauts,” no women had qualified for astronaut training by NASA’s standard. This was in part because trainees had to be jet pilots and graduates of military pilot school, and women prior to the 1960s rarely met these requirements because the military had banned women from flying jets.

Jerrie Cobb fought back against that discriminatory rule. She spent an entire year screening nearly 800 female pilots to identify potential astronaut trainees, and she found many of the women had racked up significantly more flight time than the male astronauts.

While the seven original male astronauts averaged under 3,000 flight hours each, Cobb brought over 10,000 hours herself.

Yet NASA had no interest in admitting women to its astronaut program and neither did the male astronauts. 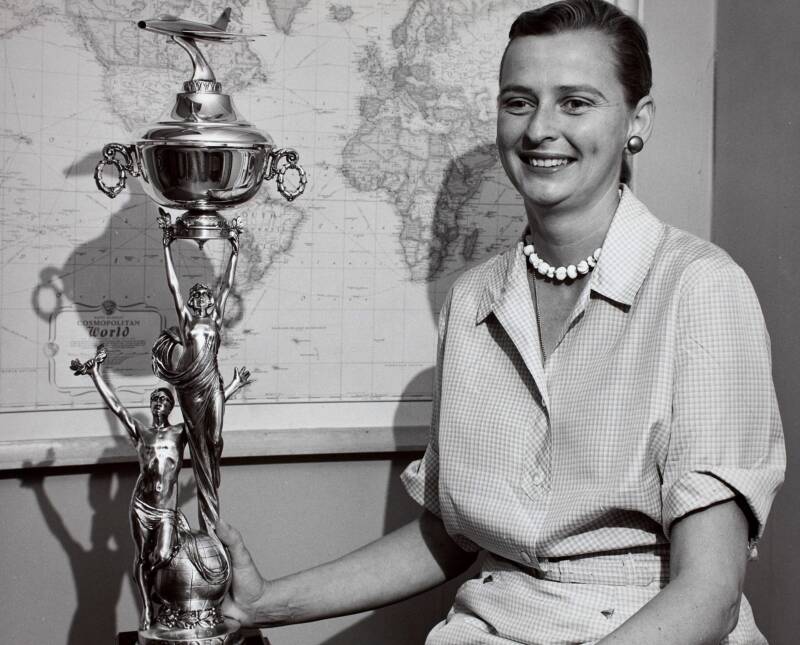 John Glenn, the first American to orbit Earth, testified in a 1962 Congressional hearing on allowing women in the space program that “It is just a fact… the men go off and fight the wars and fly the airplanes and come back and help design and build and test them. The fact that women are not in this field is a fact of our social order.”

Jerrie Cobb, who passed the same tests and had twice as many flight hours as Glenn, disproved his argument. “There were women on the Mayflower and on the first wagon trains west, working alongside the men to forge new trails to new vistas,” Cobb testified in turn. “We ask that opportunity in the pioneering of space.”

But Cobb didn’t find a receptive audience in Congress, either.

NASA did see a potential role for women in space, however. A 1971 NASA report declared, “The question of direct sexual release on a long-duration space mission must be considered… It is possible that a woman, qualified from a scientific viewpoint, might be persuaded to donate her time and energies for the sake of improving crew morale.”

The Legacy Of Jerrie Cobb And The Mercury 13 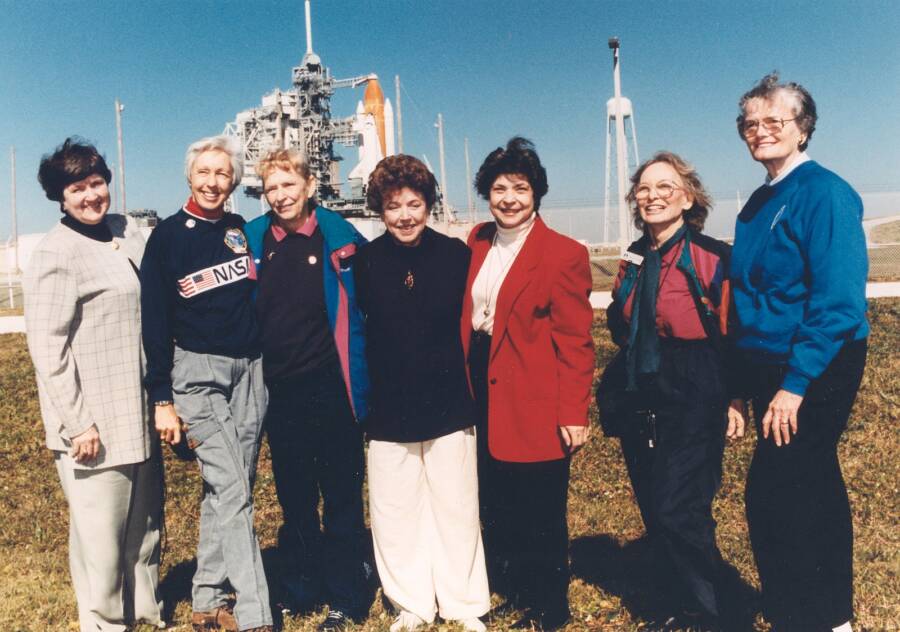 NASAMembers of the Mercury 13 meet in 1995 to watch Eileen Collins lift off as the first female commander of a shuttle mission.

In 1963, Jerrie Cobb and the Mercury 13 watched as the Soviets sent the first woman, Valentina Tereshkova, to space. In this one area of the space race, American men had simply chosen not to compete.

Deeply disappointed, Cobb abandoned her dream of becoming an astronaut and devoted the rest of her life to flying supplies and medicine to remote areas of the Amazon, instead.

It took another 20 years for NASA to send the first American woman to space. In 1978, the first year NASA admitted women into its program, Sally Ride broke that barrier.

In 1995, Eileen Collins became the first woman to command a space shuttle, and NASA invited members of the Mercury 13 to watch the takeoff as Collins’ personal guests. Among them was Jerrie Cobb, who died at age 88 on March 18, 2019.

Although Cobb and the Mercury 13 never went to space, they chipped away at a barrier that eventually fell, allowing women a place in the stars.

NASA didn’t send Jerrie Cobb to space, but they did put a female chimpanzee into orbit. Learn more about the first animals in space. Then, check out these behind-the-scenes photos from the moon landing.