You won't be able to resist these adorable snow monkeys hot tubbing in a natural hot springs at Jigokudani Monkey Park. 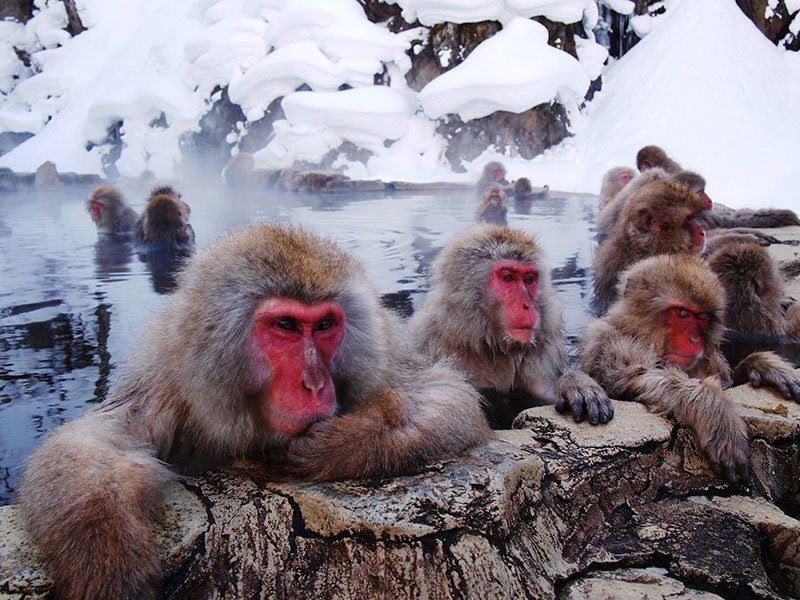 Everybody loves a hot shower, including these adorable snow monkeys from Japan’s Jigokudani monkey park.

Located in the northern part of the Nagano prefecture, the park draws visitors from all over the world. And who can blame them? There’s nothing quite like watching dozens of wild monkeys have a blast in the park’s natural hot springs. 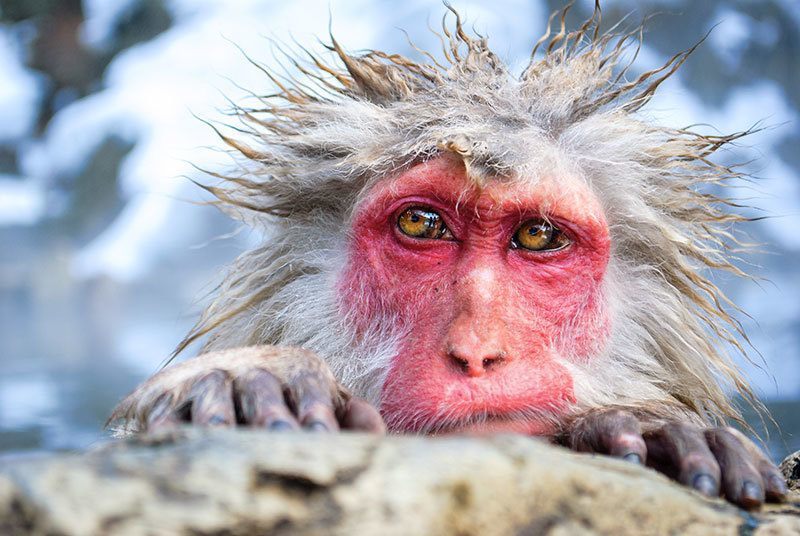 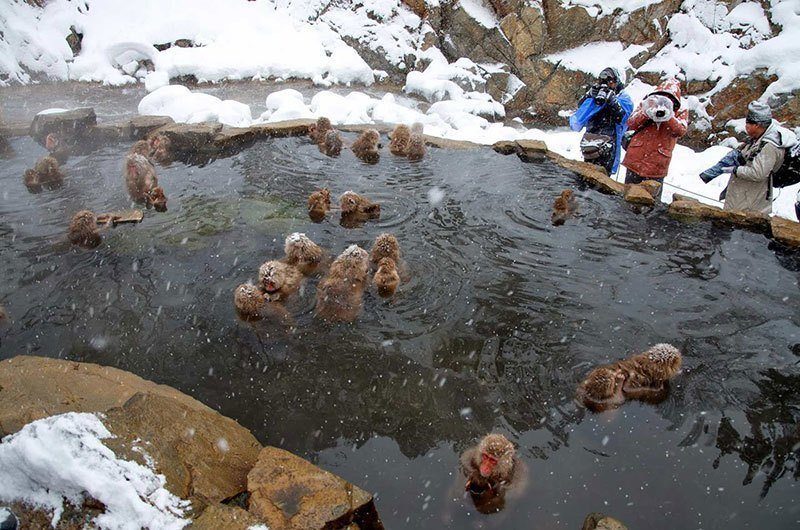 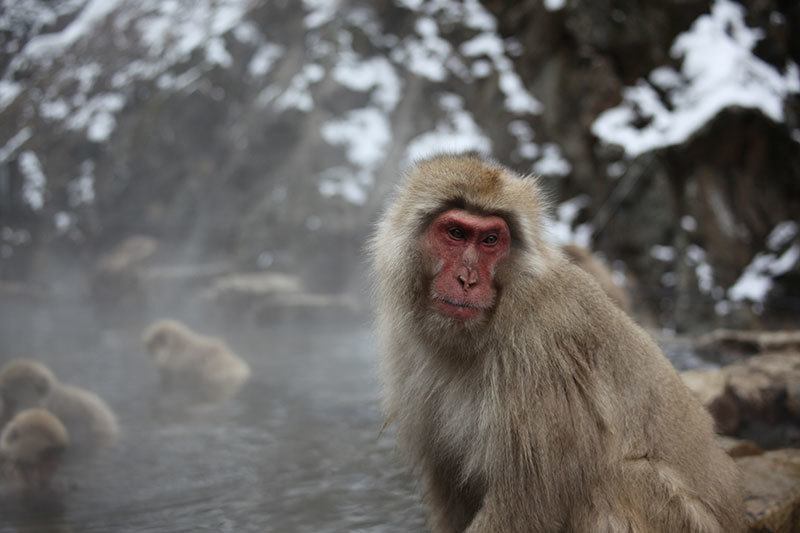 Jigokudani monkey park was established in 1964 after workers widened the area’s natural hot springs to create a larger, man-made open air bath in which the monkeys could bathe freely. The name “Jigokudani,” meaning “Hell’s valley,” comes from the region’s constantly rising steam—the result of volcanic activity beneath the earth’s crust. 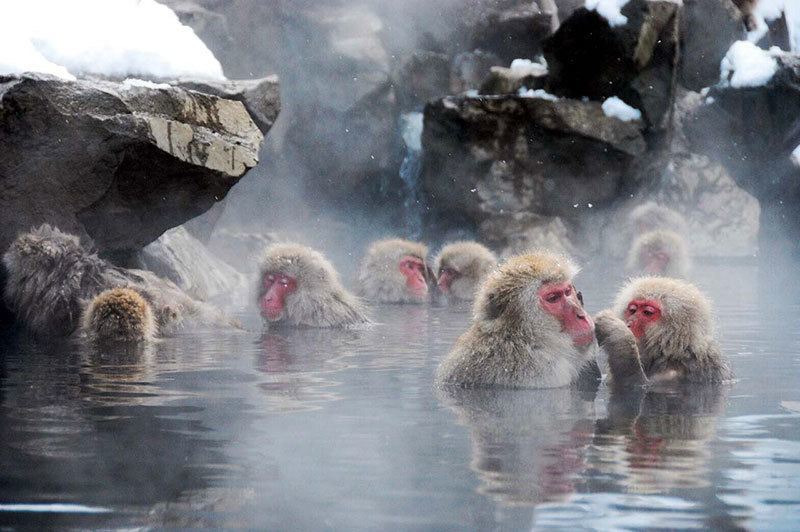 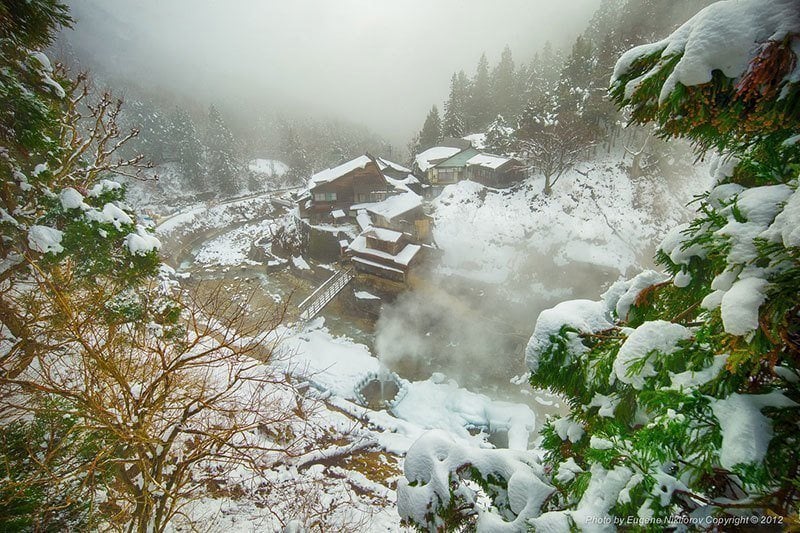 Today, more than 150 wild monkeys live in the area surrounding the Jigokudani monkey park. While the primates enter the hot springs year-round, they are much more likely to take a dip during the cold months (snow covers the ground for about one-third of the year).

People say that the best time to visit is in January and February, but beware of freezing temperatures. The park is only accessible via a footpath that winds through the surrounding forest, and the land gets incredibly chilly during winter. 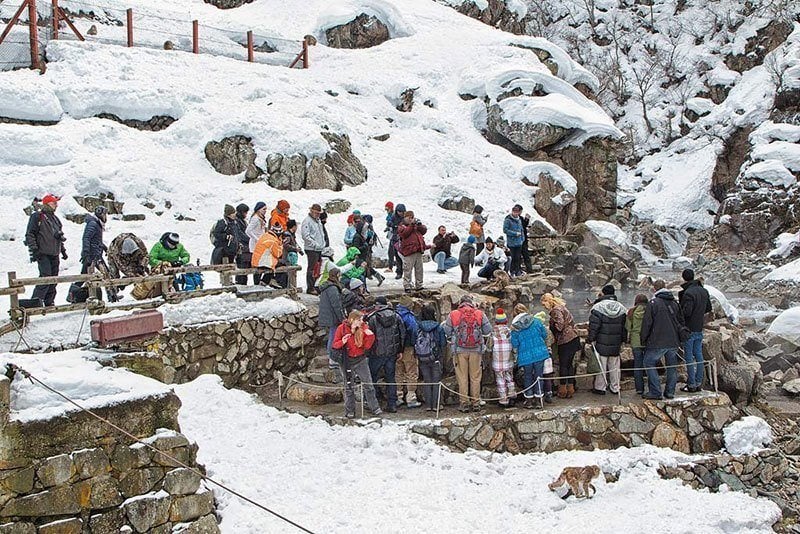 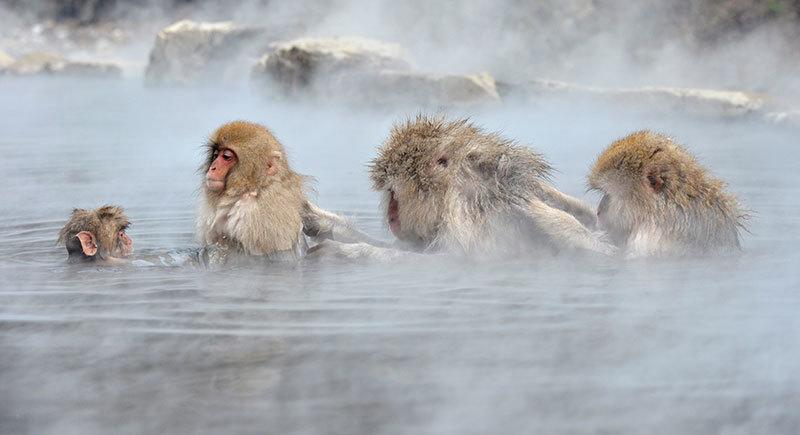 Snow monkeys, formally known as Japanese macaque, are native to Japan. They live in the coldest weather conditions of any other primate, and are characterized by their pink faces, brownish-grey hair, and short tails.

Like other monkey species, the snow monkeys are smart, playful creatures. One researcher found that the monkeys adapted to rinse off their food in water to remove dirt. Visitors have also noted that the snow monkeys like to throw snowballs at one another in jest. 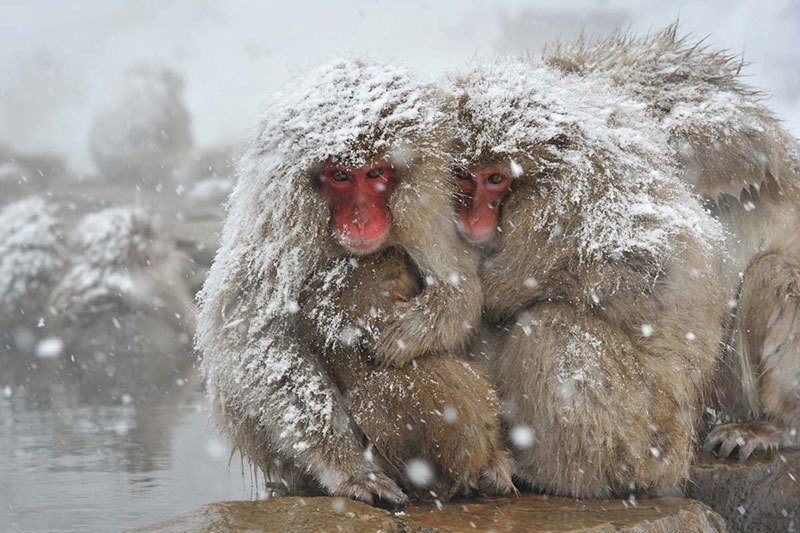 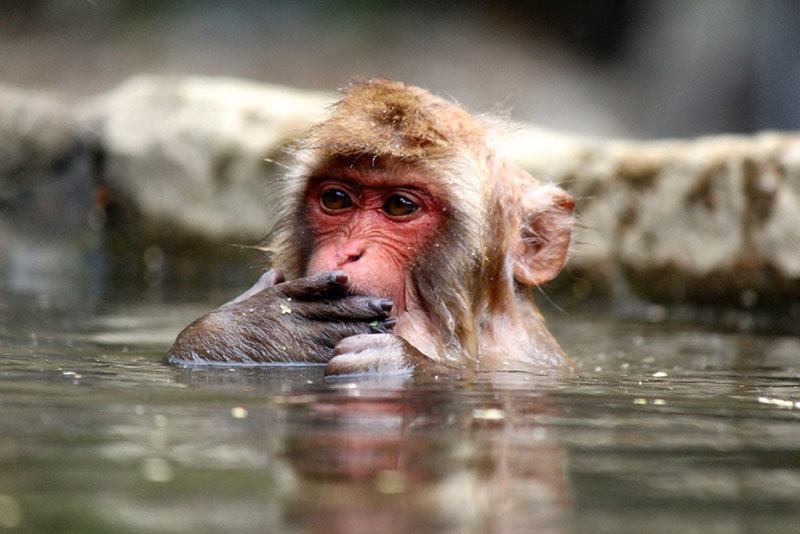 Japanese macaque live in large matrilineal social groups with strict hierarchies. Alpha males dominate the pack, and a monkey’s position usually improves its ability to find both food and a mate. Female monkeys also have ranks within the group, though these are usually determined by their mother’s position. Park visitors can view photos of the Jigokudani monkey park’s past alpha males in the gift shop. 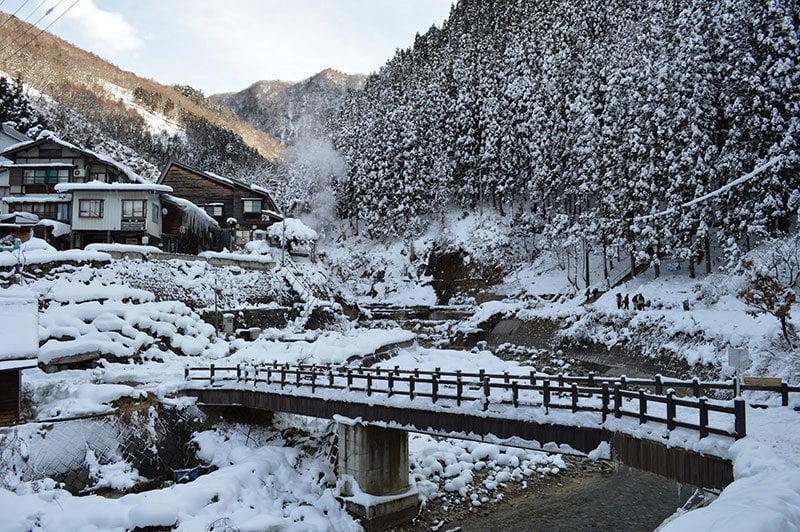 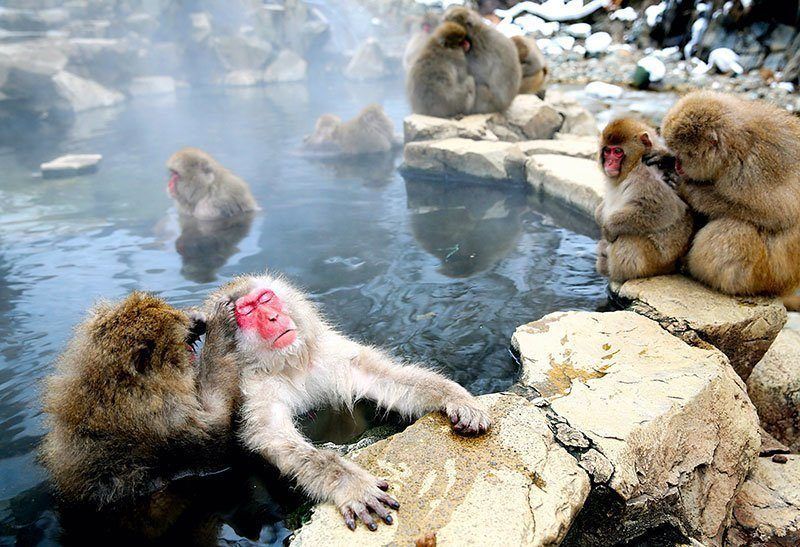 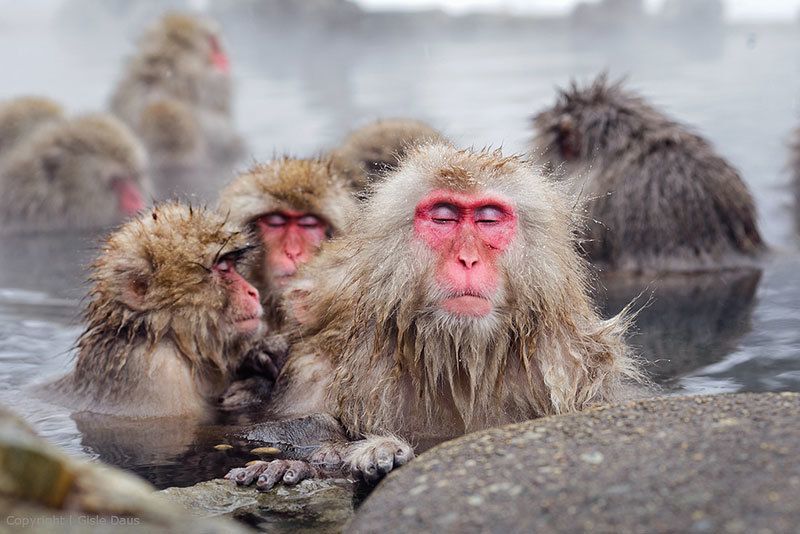