Jimmy Aldaoud lived in America legally from the age of six months. Then ICE deported him to Iraq, a place he had never been before — effectively leaving him to die. 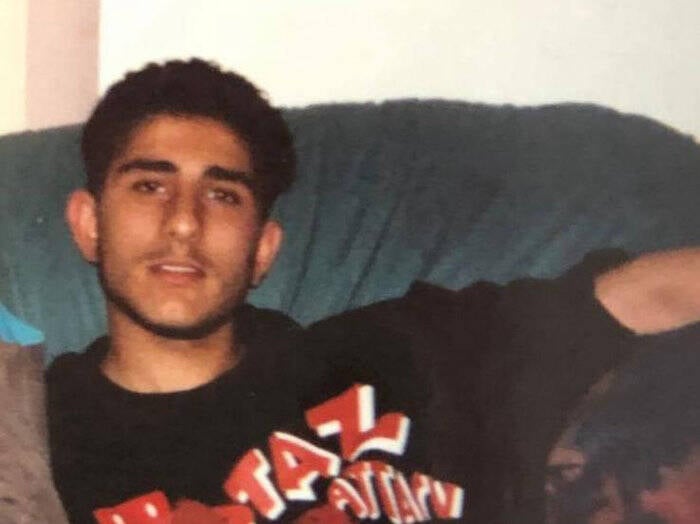 Mary BolisJimmy Aldaoud had lived in the United States for four decades, arriving here legally in 1979 when he was six months old. However, he was deported without reason to Iraq, where he died.

In June, Michigan resident Jimmy Aldaoud was deported from the United States to Iraq. Two months later, he died. With no money, no access to insulin for his diabetes and treatment for his various mental health issues, or even casual familiarity with the language, his deportation meant certain death.

What’s more, Aldaoud had never even been to Iraq in his entire life.

How Jimmy Aldaoud Ended Up In Iraq

As The New York Times wrote, Aldaoud was born in Greece after his parents escaped Iraq and ultimately ended up in Michigan in 1979. Jimmy Aldaoud, 41 when he died on August 6, didn’t speak Arabic and had lived in Detroit for almost his entire life.

But, wrote NBC News, he suffered from schizophrenia (among other mental disorders) and had a hard time holding down a job. In 2012, he was arrested for breaking into a Ferndale, Michigan home to steal power tools.

This got the attention of Immigration and Customs Enforcement (ICE), as neither Aldaoud — who was in the U.S. legally — nor his parents were American citizens. Once ICE decided to deport the troubled man, further problems arose. Greece doesn’t accept birthright citizenship, so ICE decided to deport him to Iraq.

Within two months, after days of vomiting blood due to his illness and begging to return home, he died.

“Jimmy died tragically yesterday of a diabetic crisis,” said Aldaoud’s congressman, Rep. Andy Levin (D-MI) in a statement on Wednesday. “His death could have and should have been prevented, as his deportation was essentially a death sentence.”

A segment by The Young Turks on Jimmy Aldaoud’s deportation and death.

ICE officials in Detroit said that Jimmy Aldaoud had an extensive criminal record and that he was given “a full complement of medicine to ensure continuity of care” upon arrival in Najaf, Iraq.

However, some say, this wasn’t nearly enough.

ICE reportedly completed only the bare minimum of responsibilities by ensuring that he had medical rations on his person at the time of deportation, without concern for how a mentally ill man might fare longterm in a foreign country.

“He was sort of doomed from the beginning,” said Aldaoud family friend and Michigan immigration attorney Edward Bajoka.

“He was literally crying every day,” his sister, Rita Aldaoud, said. She added that her brother said he would much prefer being in an American prison if he could only be sent back to the States. 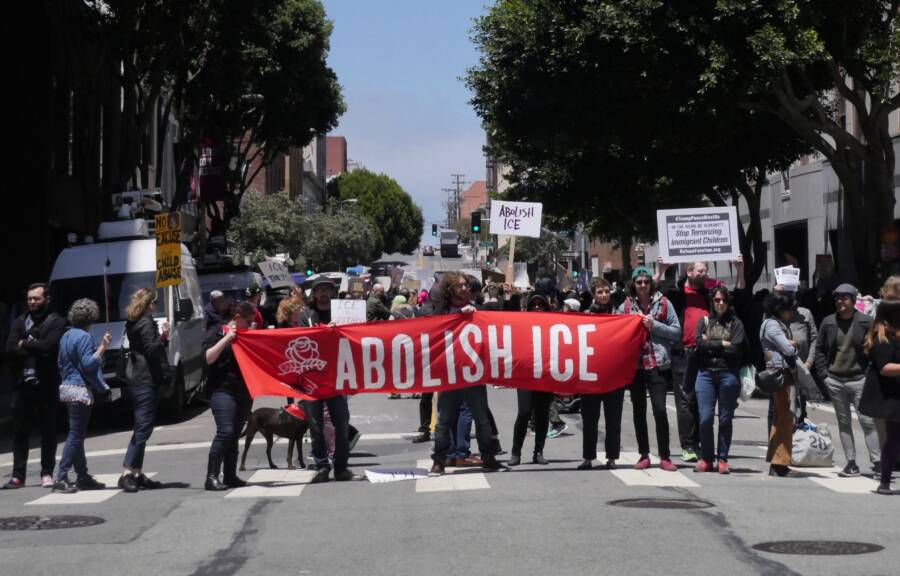 Wikimedia CommonsProtests against ICE have risen since President Trump took office. Pictured above are protestors at the Department of Homeland Security office in San Francisco denouncing the administration’s zero tolerance and family separation policies in 2018.

ICE officials in Detroit said in a statement that Jimmy Aldaoud had at least 20 convictions under his belt, including assault with a weapon, domestic violence, and home invasion. He was released from custody with a GPS tracker in December while awaiting deportation, but he cut the tracker off. Police then arrested him in April on a larceny charge and he was soon deported.

Two weeks after arriving in Iraq, Jimmy Aldaoud managed to gain internet access and communicate with his friends and family on Facebook. There he posted a video that, for the first time, revealed his perspective on this soon-to-be-deadly series of events.

“I was deported two and a half weeks ago. They wouldn’t let me call my family, nothing,” he said in reference to ICE. “I begged them. I said: ‘Please, I’ve never seen that country. I’ve never been there.’ However they forced me and I’m here now. And I don’t understand the language, anything.”

He was sitting on the ground as he explained his situation. He said he’d been sleeping in the street and had a hard time finding food:

To make matters even worse — in addition to Aldaoud’s mental health issues, vital medical needs, and utter unfamiliarity with Iraqi customs and culture — Jimmy Aldaoud was Chaldean Catholic. This shrinking Christian group has faced persecution in Iraq since the American-led 2003 invasion.

“For many reasons, it was clear that deporting Jimmy to a country where he had never been, had no identification, had no family, had no knowledge of geography or customs, did not speak the language and ultimately, had no access to medical care, would put his life in extreme danger,” said Levin.

Aldaoud’s harrowing Facebook video caught the attention of Iraq’s Christian Endowment spokesman Rev. Martin Hermiz. He managed to find Aldaoud’s cellphone number and successfully got a hold of him.

“He said, ‘No — if anyone wants to help me, let Trump know my situation here in Iraq so maybe he can have mercy on me and bring me back to America,'” Hermiz said.

This administration’s cruelty knows no bounds. Jimmy Aldaoud’s family is right: his blood is on their hands. https://t.co/NJWsrIW6qN

Though Aldaoud rejected an offer to stay in a church, he did find himself living in a small apartment in a rather stable, working-class Christian neighborhood of Baghdad. There were churches in the area and women could walk freely without headscarves.

Nonetheless, Hermiz never heard from Aldaoud again. He did hear from a friend of his, who said Aldaoud was hospitalized for vomiting blood. Hermiz said they gave him medication and sent him home.

Aldoud’s sister, Rita, said her brother experienced these symptoms before — when his blood sugar spiked, and he hadn’t taken his medication. Aldaoud’s final days alive were grueling, and notably so over the phone.

“He would answer [the phone] and say, ‘I can’t talk,’ and you could hear he was throwing up,” said Rita.

On Tuesday morning, a Baghdad neighbor found him dead in his apartment.

“It’s baffling, I don’t understand it,” said Jimmy Aldaoud’s mother. “We’re still dumbfounded, to be honest. It was a shock to find out he’d passed, but to be honest, I didn’t know how he would make it there.”

Aldaoud’s story has become a clarion call for activists, politicians in favor of rights for immigrants, and civil liberties groups across the country.

I am working around the clock to get #JimmyAldaoud's remains transported back to the US so that he can receive a dignified Catholic funeral and be buried next to his mother in Michigan, the only home he has ever known. It is the least we can do for Jimmy.

For one, some are calling for a new look at the costs of gaining citizenship. The Aldaouds never managed to become U.S. citizens because the process of doing so is an exorbitant, costly affair.

“This is a poor family,” said Bajoka. “The cost of a family of five getting citizenship, between attorneys’ fees and filing fees, we’re talking over $10,000, and for a refugee family with low income that’s difficult to come up with.”

The ACLU has taken up Aldaoud’s cause and has filed a class-action lawsuit to stop deportations to Iraq.

“Jimmy’s death has devastated his family and us,” said ACLU of Michigan lawyer Miriam Aukerman. “We knew he would not survive if deported. What we don’t know is how many more people ICE will send to their deaths.”

Meanwhile, Levin is working with Iraqi police to get Jimmy Aldaoud’s body shipped back to the States for a proper burial — but the roadblocks keep on coming.

“At the moment, Iraqi authorities will not release Jimmy’s body to a Catholic priest without extensive documentation from his family members in the U.S.,” said Levin. “This seems to be cruel irony.”

After reading the story of Jimmy Aldaoud’s deportation to and subsequent death in Iraq, take a look at these photos of the pro-Western Iraq of a century ago. Then, read about President Eisenhower’s infamous “Operation Wetback”.