Researchers Reconstruct The Skull Of A 19th-Century Mutilated ‘Vampire’

John Barber died of tuberculosis in 19th-century Connecticut, and when townspeople remained sick thereafter, superstitious locals claimed he was a vampire who rose from the grave to spread his illness. 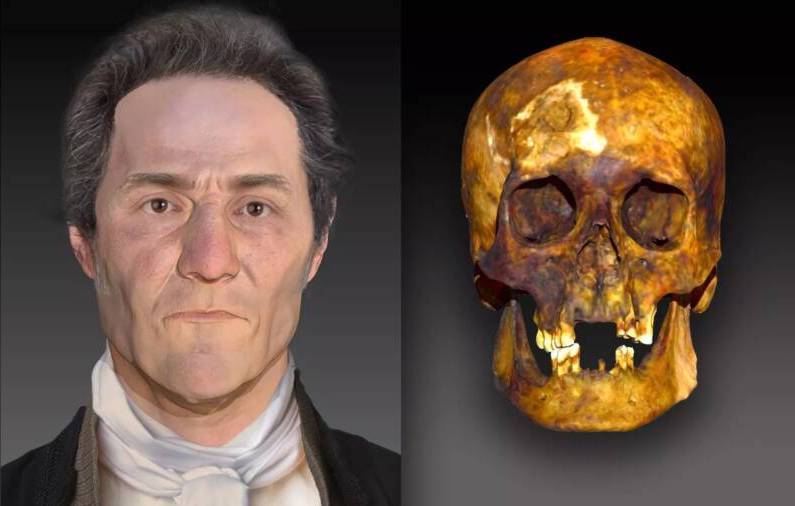 Thirty years ago, researchers in Griswold, Connecticut, came across the strange remains of a man while excavating a 19th-century graveyard. His bones were arranged in a skull and crossbones manner, a telltale sign that his contemporaries had believed that he was a vampire.

Now, researchers have reconstructed the face of this “vampire” — who was actually a victim of tuberculosis — using modern-day DNA technology.

According to a study published in the National Library of Medicine, archaeologists first came across the oddly-arranged remains in 1990.

Brass tacks on the side of his coffin identified him only as JB55 — his initials and his age at the time of death — and researchers determined that he’d died of a chronic pulmonary infection, likely tuberculosis, in the 19th century. Back then, tuberculosis victims were often feared as “vampires.”

In hopes of using new DNA technology to determine JB55’s identity, researchers set out to analyze his remains. Though old bones can be difficult to study, they succeeded in extracting a DNA sample that offered clues about both JB55’s name and what he may have looked like.

What’s more, researchers were able to use both JB55’s DNA and historical records to determine his likely identity. They believe that he was named John Barber and that he died in the 19th century. So why did Barber’s contemporaries think that he was a vampire?

According to Newsweek, a lack of understanding about tuberculosis and how it spread led people in the 19th century to attach fear and stigma to the disease. After Barber died and people around him remained sick, his community likely believed that he was a vampire — and that he rose from the grave every night to spread the illness. 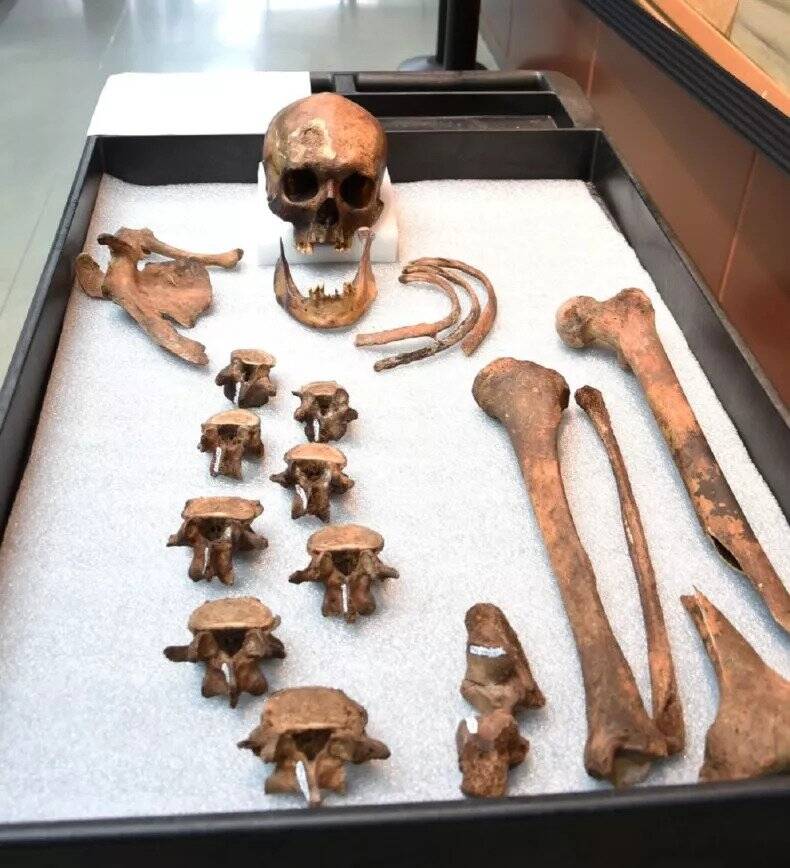 “Of course, J.B. was not a vampire, but he was believed to be undead in his grave, capable of leaving the housing of his grave, and [feeding] on living family members spreading consumption/tuberculosis,” Nicholas Bellantoni, a Connecticut state archaeologist and University of Connecticut anthropology professor, who helped excavate Barber in the 1990s, told Newsweek.

To prevent him from “preying” on his family, the community likely came together to exhume Barber, rearrange his bones, and rebury his body.

“The remains were found with the femur bones removed and crossed over the chest,” Ellen Greytak, the director of bioinformatics at Parabon NanoLabs and the technical lead for the organization’s Snapshot Advanced DNA Analysis division, explained to Live Science. “This way they wouldn’t be able to walk around and attack the living.”

According to Newsweek, Barber died during the “The Great New England Vampire Panic,” which gave rise to the idea that vampires could crawl from the grave and spread an illness like tuberculosis. The disease terrified New Englanders as it spread and turned people into what seemed to be vampires.

“The emaciated figure strikes one with terror,” noted one 18th-century text on tuberculosis. “[T]he forehead covered with drops of sweat; the cheeks painted with a livid crimson, the eyes sunk…the breath offensive, quick and laborious, and the cough so incessant as to scarce allow the wretched sufferer time to tell his complaints.”

Communities took drastic measures to “stop” the vampires after they died, like flipping their bodies so that they lay facedown in the grave or even burning a deceased’s heart.

This ritual might seem spooky, but Bellantoni insists that Barber’s exhumation and dismemberment came from a place of fear and love.

“This was a public health issue. Consumption was an epidemic in 19th-century New England. They knew nothing about germ theory and didn’t understand how the disease was spread,” he explained to Newsweek.

“By going back into [Barber’s] grave and rearranging his skeletal remains they hoped to stop the disease from killing [his] family,” Bellantoni continued. “Hence, this is not what we think of as ‘vampirism’ but done out of fear and love.”

After reading about the facial reconstruction of a 19th-century “vampire,” discover how archaeologists in Pień, Poland excavated a “vampire” grave. Then, learn about Mercy Brown, a “vampire” whose town blamed her for the deaths of her family — even though she’d been dead for months.