Footage of the dog was recorded in Monte Escobedo in Zacatecas, Mexico, which has been caught in the middle of a bloody turf war between rival cartels. 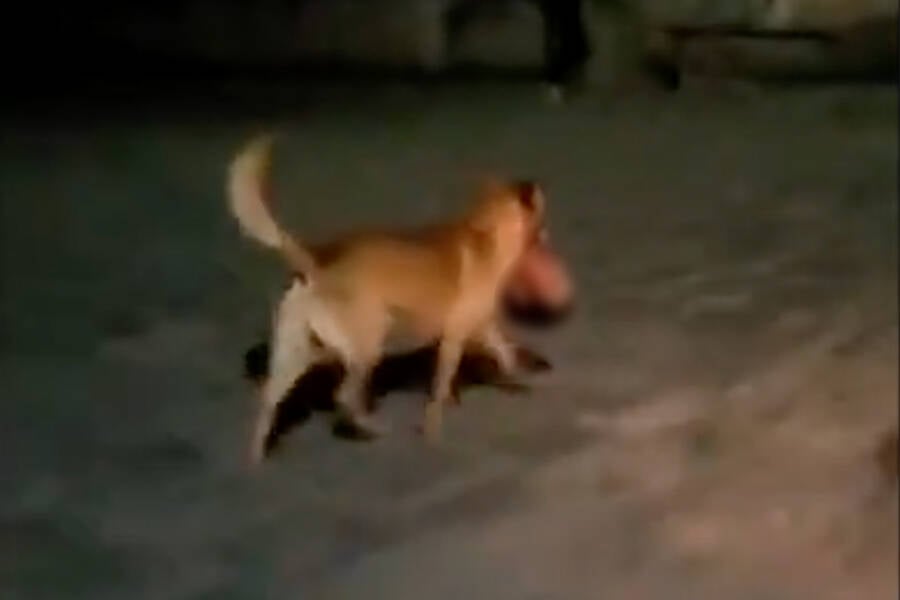 A shocking video surfaced online last week showing a stray dog running along a street in Mexico carrying a decapitated human head in its mouth.

As VICE reports, the video was taken in the small town of Monte Escobedo, in the northern Mexican state of Zacatecas. The rest of the victim’s body was found in an automatic teller booth along with notes referencing organized crime groups.

The body was discovered around 10:20 p.m. on Wednesday, Oct. 26, 2022, but before authorities could cordon off the crime scene, witnesses said, a stray dog wandered in, grabbed the severed head, and carried it away.

Police spent several hours that night searching for the dog and missing head, but they were unable to find it again until the next morning, when they spotted the animal in a fenced-off area of a house in the downtown region.

Per the New York Post, police had to pry the severed head from the dog’s mouth. They then handed it off to a forensics team to hopefully determine the corpse’s sex and age, along with any other identifying details about the victim.

Inside the ATM booth, authorities also found several other body parts and notes that were likely meant to threaten or intimidate rivals or authorities.

As CBS News reports, Zacatecas has long been subjected to violence as local gangs backed by the Sinaloa and Jalisco drug cartels fight for control of the region.

This year alone, there were several other incidents of bodies being left alongside threatening messages.

In June, seven corpses were found in a popular tourist spot with warning messages written on the bodies saying, “This is what happened to me for working with the Gulf,” referring to the Gulf Cartel whose operations primarily take place along the U.S. border.

Earlier that week, cartel gunmen killed five high school students and a woman on a street in Guanajuato, another Mexican state caught in the middle of gang warfare.

Two weeks before that shooting, eight women and three men were killed in simultaneous attacks that appeared to be acts of gang revenge.

And in April, six severed heads were found on a car roof with a message that read, “This will happen to anyone who messes around.” 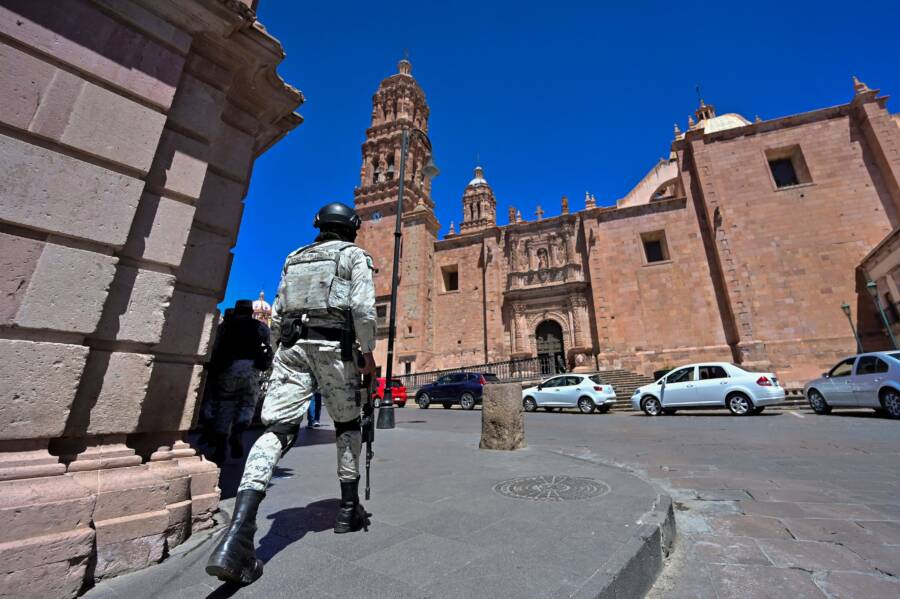 Zacatecas in particular sees high rates of violence between rival cartels, as the state is sparsely populated yet expansive, making it a gainful route for trafficking drugs north to the United States.

Many criminal organizations also use the region to run drug labs and narco-camps for training new recruits.

In fact, the problem has become so bad in recent years that Zacatecas now ranks as one of the most dangerous Mexican states, with one of the highest homicide rates in the country.

And cartel members have been leaving messages and human remains in public places as a scare tactic for over a decade. The first notable instance occurred just before the 2006 presidential election, when six severed heads appeared over a span of three months at an Acapulco beach resort.

In the years since, the tactic has been used by notorious criminal organizations across the country. And as this case shows, it does not appear to be slowing down any time soon.

Mexico’s drug wars have long ailed the country. Learn more about some of the foul practices cartels employ — like making new members eat their victims. Or, discover how ex-cop Rafael Aguilar Guajardo became a powerful leader of the Juárez Cartel.