Don't be fooled by their weird looks; these rare goats go for thousands. 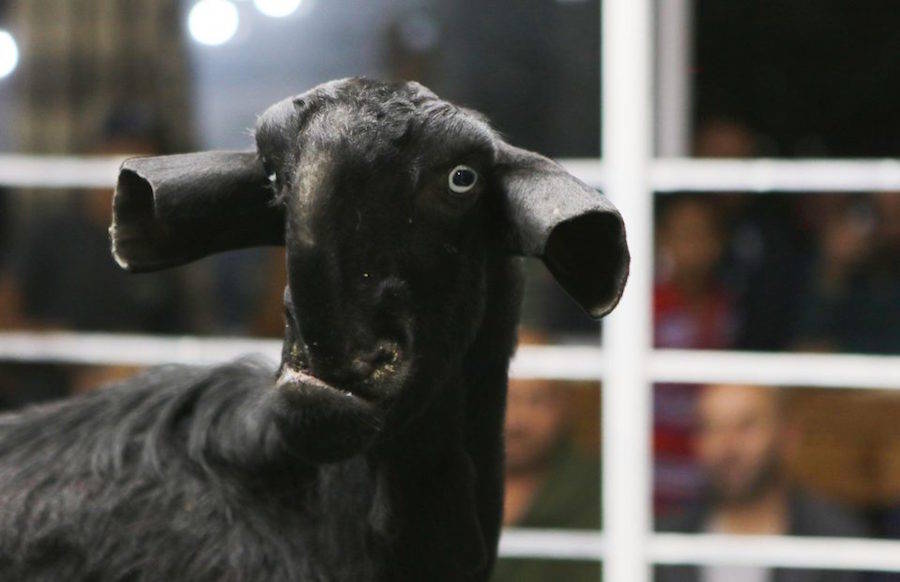 The SunA goat is displayed on a stage by a breeder.

They may look strange, but bidders from at least six countries made the trip to Amman, Jordan on April 27 to bid< on these highly sought after goats. The auction was hosted by Jordanian breeder Yahya Abu Jaber and displayed numerous breeds of rare goats to eager buyers. Not abundantly clear from their strange appearance, the animals are actually prized pure breeds. Their "pure breed" status can improve the genetic quality of the goats they mate with, making them highly desirable to breeders. Each goat goes for a few thousand dollars at least, and a winning bid can go even higher depending on the age and health of an animal. [caption id="attachment_168992" align="aligncenter" width="900"] 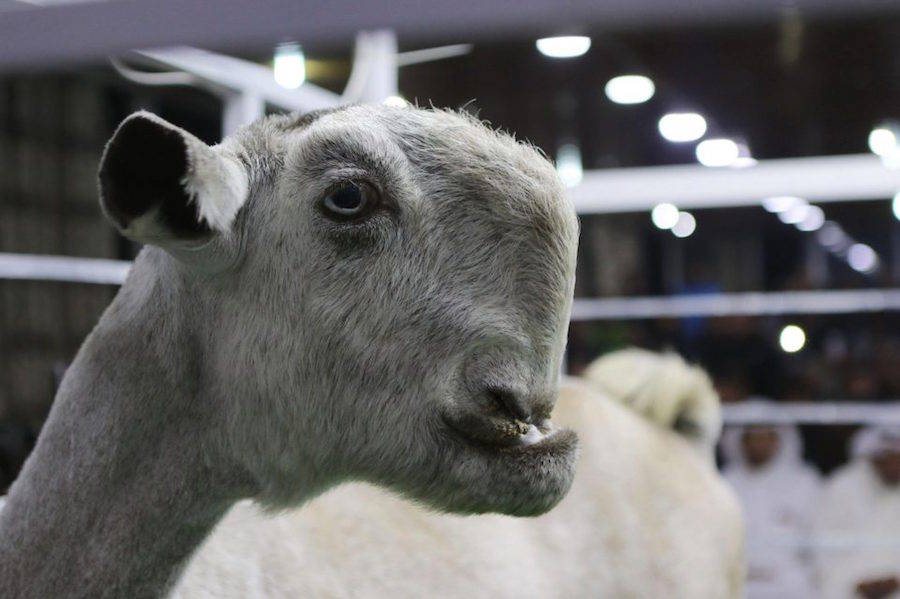 The auction drew a crowd of more than 100 people, mostly consisting of collectors, animal breeders, and farmers. Incense wafted through the crowd as the goats were brought up on stage one at a time. 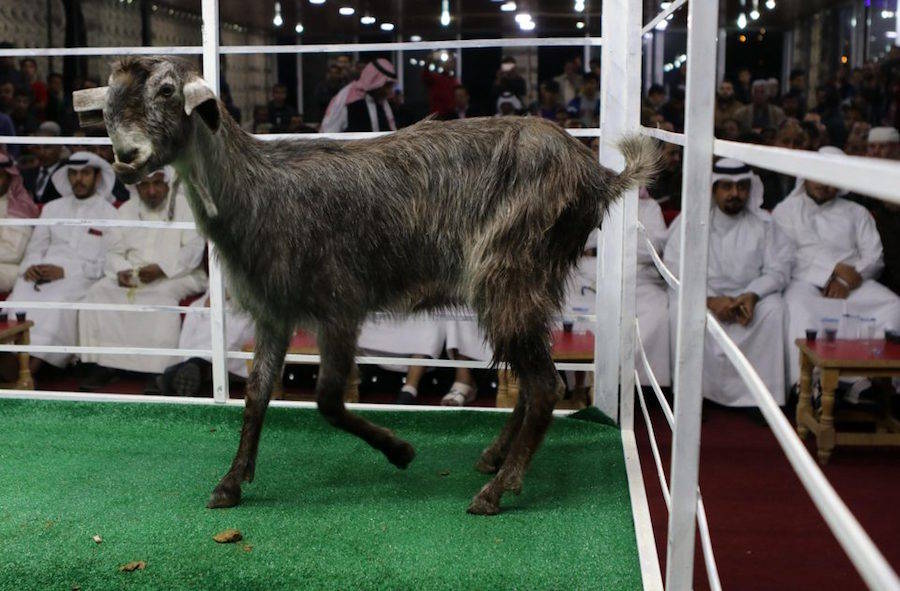 The SunThere was an estimated crowd of over 100 breeders and farmers.

In Jordan and much of the Middle East and East Africa, goat herds are maintained even in arid desert areas. In Jordan, goats contribute to the economy and help with poverty alleviation.

Goat production is integral to Jordan’s farming system, as they provide food and income security for rural households through sales of surplus milk. Behind Sudan and Somalia, Jordan is the third largest exporter of live sheep and goats, totaling $200 million in 2015.

Auctions that sell livestock for exuberant prices aren’t entirely uncommon in several Middle Eastern countries. In 2013 a goat in Riyadh, Saudia Arabia fetched $3 million (13 million Saudi riyals). Sold by a Saudi businessman, experts in goat trading explained that the prized animal was a rare breed with unique features. However, the high price was still unprecedented.

In 2017, 15 young race camels sold for over half a million dollars at the Abu Dhabi International Hunting and Equestrian Exhibition, an annual camel auction. One breeder, Hamed Salem, bought three camels for about $245,000.

“We buy according to their genes,” said Salem, a racetrack regular who owns 50 race camels. “It’s expensive but so are the prizes,” he added. The drawback to an investment like this is that there’s no insurance policy. If the camels die, the money is basically lost.

Next you can check out the ugliest cat breeds in the world. Then take a look at the demon goat with a human-like face that terrified an Indian village.