The animals cleared so much overgrowth at the 18th-century graveyard at St. Matthew's Church in County Cork that they uncovered more than 500 individual headstones. 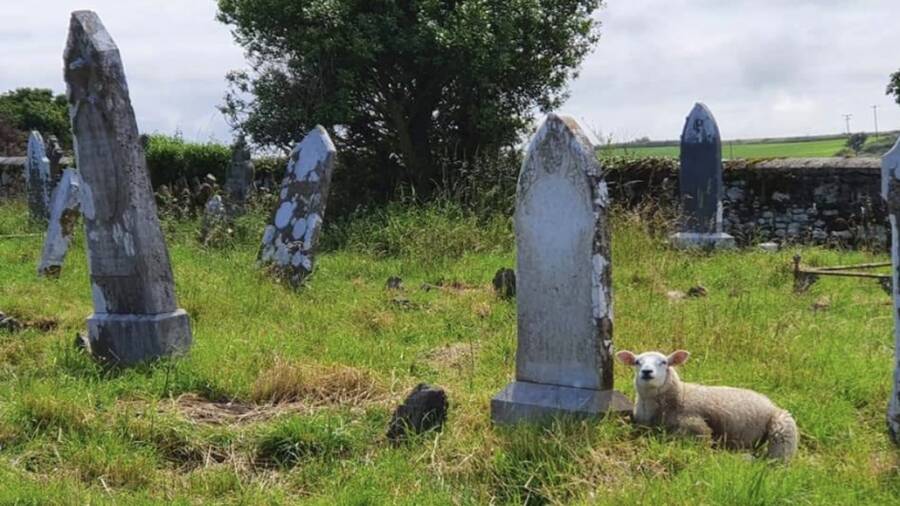 Templebreedy ‘Save Our Steeple’/FacebookA satisfied sheep sitting near a tombstone in Ireland.

Some people spend their whole lives searching for lost fragments of history. But in Ireland, it only took a few hungry goats and sheep to uncover a swath of forgotten graves.

The animals, hard at work at the tangle of underbrush surrounding St. Matthew’s Church at Templebreedy, near Cobh, County Cork, have uncovered more than 500 headstones. The church was built in 1788 on the site of an earlier church and contains hundreds upon hundreds of neglected graves, the oldest of which dates back to 1711.

“They are helping to bring a forgotten history back to the fore,” said Cork County Councilor Audrey Buckley, the brainchild behind the idea to bring goats and sheep to St. Matthew’s Church.

Buckley had seen goats at work during a visit to Wales, where “goatscaping” is commonplace on historical grounds. She immediately wondered if their voracious appetites could help clean up the church in her hometown.

“Straight away I thought: ‘This is amazing, wouldn’t this work very well where I live,” Buckley explained. “There is an older church that no one maintains’.” 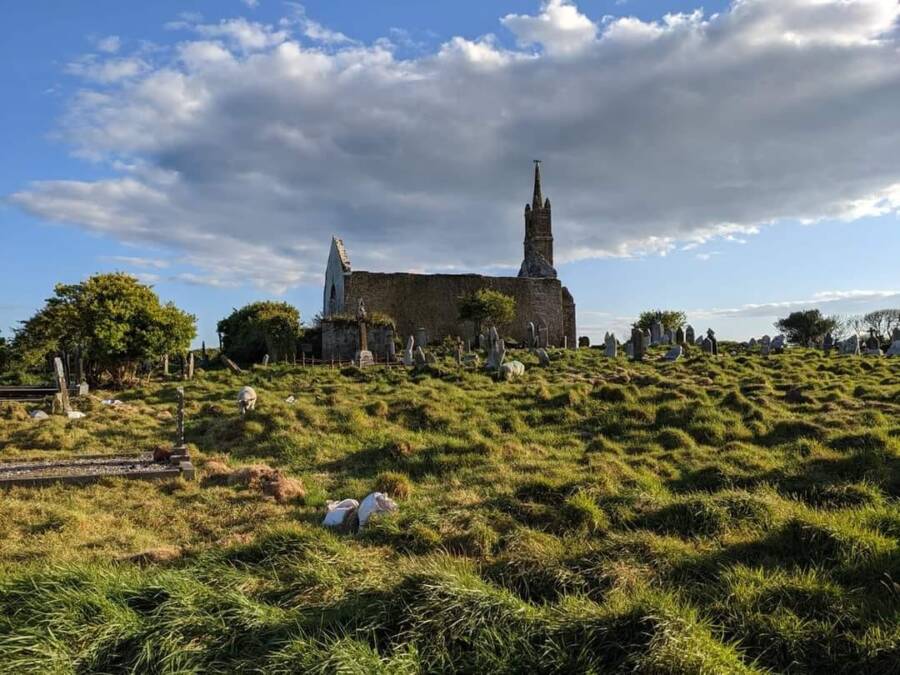 Templebreedy ‘Save Our Steeple’/FacebookAggressive undergrowth had choked the land around St. Matthews and covered up hundreds of graves.

Last summer, Buckley put out a call. Did anyone have goats they might lend out? Before long, a woman named Norah de Bara from Castletownbere offered the use of her two goats, Harris and Oscar.

But the duo took a while to get to work. “Harris and Oscar were just chilling out and not doing much because everyone was bringing apples to them,” Buckley said, explaining that the arrival of the goats delighted local children, who flocked to see them.

Soon, de Bara added two wild goats to their ranks. She caught them on Hungry Hill — a lucky sign, given their task — after “about a week.”

“We will have them until September-October because it is rutting season and they will have to go back to their lassies down in Castletownbere then,” de Bara said at the time.

The goats got to work. They cleared the first layer of tangled undergrowth surrounding the church. This summer, the community called in reinforcements — sheep. 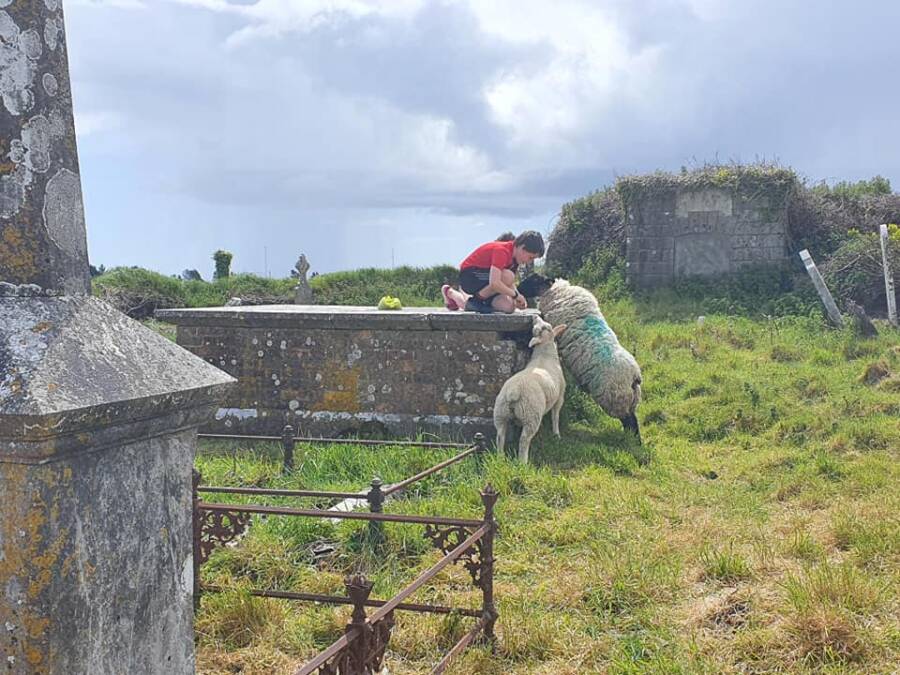 Templebreedy ‘Save Our Steeple’/FacebookA woolly sheep investigates if a local child has any treats.

Before long, the combined efforts of goats, sheep, and human volunteers uncovered grave markers one by one. Previously, the dense undergrowth made it impossible to access the historic headstones, let alone read the inscriptions.

Of the 500 headstones uncovered to date, a committee has so far digitally registered some 400 of them.

“We are trying to bring our history back, allow people to connect with forgotten ancestors,” said Buckley. “It’s about bringing our community together as we preserve our past.”

Some of the graves tell a sad story, like that of Maria Kate Russel aged “Two years, five months and 15 days,” according to her gravestone dated October 7, 1872. But stories like Russel’s also contain a nugget of joy.

“It was important to us to know who this little girl was and we have since been able to trace the little girl’s grand-nephew,” explained Buckley. “We have been in touch. He lives in Southampton and is hoping to visit soon.”

The sheep also cleaned off a grave which volunteers suspect holds a family of four. “The sheep ate around it and we cleaned it off,” said Buckley. “Cork County Council Heritage department had not seen anything like them before.”

Some of the graves, however, remain a mystery lost in time. Many people in the 17th and 18th centuries couldn’t afford a tombstone. Instead, their families marked their resting place with only a large stone.

“Back in the 1600s, and more so in the 1700s, when people could not afford headstones, they would bring these large stones from their homes, that would be the marker for your grave,” explained Buckley.

That said, she and other volunteers are eager to see what the sheep and goats can uncover. They’re looking forward to exploring a lost part of their town’s history and bringing forgotten lives and stories back to light.

“It actually feels so nice to clear a grave that time has forgotten,” said Buckley. “We talk about these people, who they were.”

The animals will continue their work until September or so. But Buckley imagines they’ll be back. The churchyard stretches on for acres and contains plenty of forgotten stories left to uncover.

After reading about the goats and sheep that cleared a forgotten graveyard in Ireland, learn about Patsy the Wonderdog who saved 900 sheep from Australian bushfires. Or, discover the story of Chris the Sheep, once the wooliest in the world.