"She just got on with her job and did it, regardless of the conditions. Cool, calm, and collected." 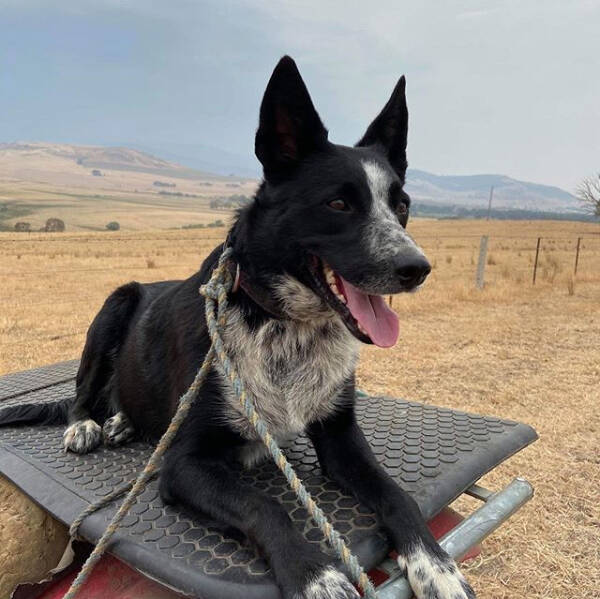 InstagramPatsy’s owners urge anyone who’s impressed by her actions to donate to bushfire relief organizations.

Since starting in September 2019, the Australian wildfires have killed more than 1 billion animals and devastated large swaths of the country. Countless courageous men and women have worked hard to combat the infernos and save the country’s animals, many of which are endangered. Among these brave rescue workers is Patsy — a six-year-old kelpie-border collie.

According to CNET, this brave dog from Corryong, Victoria helped save her owner’s entire flock of sheep from the encroaching blaze in early January. Patsy herded all 900 of them to the safest paddock on the farm, as her owner Stephen Hill fought the fires threatening his land.

“I’d have been stuffed without Patsy,” said Hill. “She’s earned front-seat privileges for the rest of her life.”

Working tirelessly and fearlessly, Patsy managed to save nearly every single animal. In the end, only a handful of sheds and a few animals were lost.

Now, Stephen and his sister Cath Hill aren’t the only ones appreciative of Patsy’s heroic efforts. She now has a global fandom.

A post shared by Patsy The Wonderdog (@patsythecorryongwonderdog) on Jan 8, 2020 at 4:11am PST

“Cool as a cucumber, Patsy waited with [Stephen] until the fire got close enough to fight with a tractor and water pump,” Cathy Hill said of the dog’s life-saving story.

As her owner worked on extinguishing the fires, Patsy took ensuring the sheep’s safety into her own paws. Collies are known for their strong work ethic and effort, after all.

“For Patsy, funnily enough the fires don’t really make much of a difference!!!” Hill wrote in one Instagram caption. “These dogs have been bred for generations to develop their ability to work with sheep and cattle on farms, and they are very intelligent and resilient animals.”

“They love to work, it’s just what they are bred to do, and they can be very focused and singleminded on the job! So when my brother needed Patsy to help bring the sheep into safety, that’s exactly what she did,” Hill continued. “She just got on with her job and did it, regardless of the conditions.”

While Cath Hill’s family was forced to evacuate their farm right before New Year’s Eve, her brother’s property was still designated as safe from imminent danger — until the first few days of January. That’s when disaster struck, and Patsy proved her courage in the face of death. 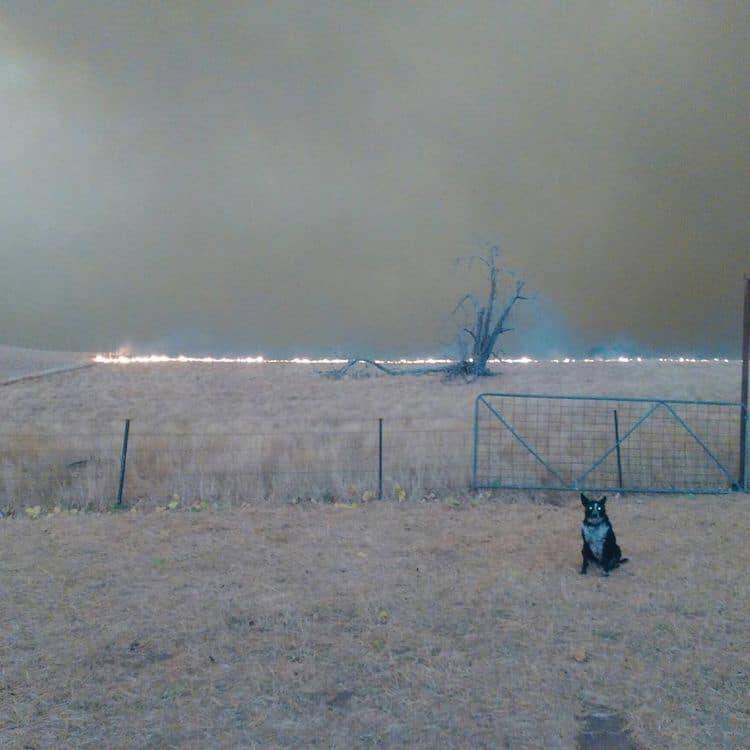 InstagramIt’s currently estimated that about 1 billion animals have died in the Australian wildfires. Patsy has saved nearly 1,000.

Cath Hill explained that Patsy “loves a good belly rub” and that the whole family considers the kelpie-border collie a hero. Moreover, the family is concerned with using this opportunity to spread information on how to help the ongoing relief efforts.

“These fires are the worst in living memory here, and our fire season is not even half over,” said Cath Hill. “Along the East coast of Australia, other fires have been burning for literally months. Many areas have been in severe drought, and 2019 has now been identified as the hottest year on record in Australia.”

“Patsy and her human really appreciate all the support coming from all over the world, but unfortunately these fires aren’t over and won’t be for weeks,” one of Patsy’s Instagram posts explained. “And the recovery from the fire damage will take months, years even.”

In the end, while we can take solace in the charming tale of a heroic dog, the Hills believe we should all focus on actively fighting back against the fires responsible for Patsy’s story in the first place. Patsy’s adorable Instagram account urges anyone who can to donate to any official bushfire recovery group, including BlazeAid and the Australian Red Cross.

Next, read the happiest news stories of 2019. Then, learn the inspiring story of Balto, the dog that saved an entire Alaskan town.