29 Fascinatingly Strangle Animals From Around The World

From see-through frogs to fish that can walk, look at these unbelievable photos of the world's most supremely weird animals.

Some glide through the dark abyss of the ocean depths while others hang from trees in dark jungle canopies. Some sport enormous eyes while others have horned flesh or bubble gum pink skin. Some skirt the line between gorgeous and terrifying, and all are absolutely fascinating.

These are twenty-nine of the most incredibly and real weird animals on Earth: 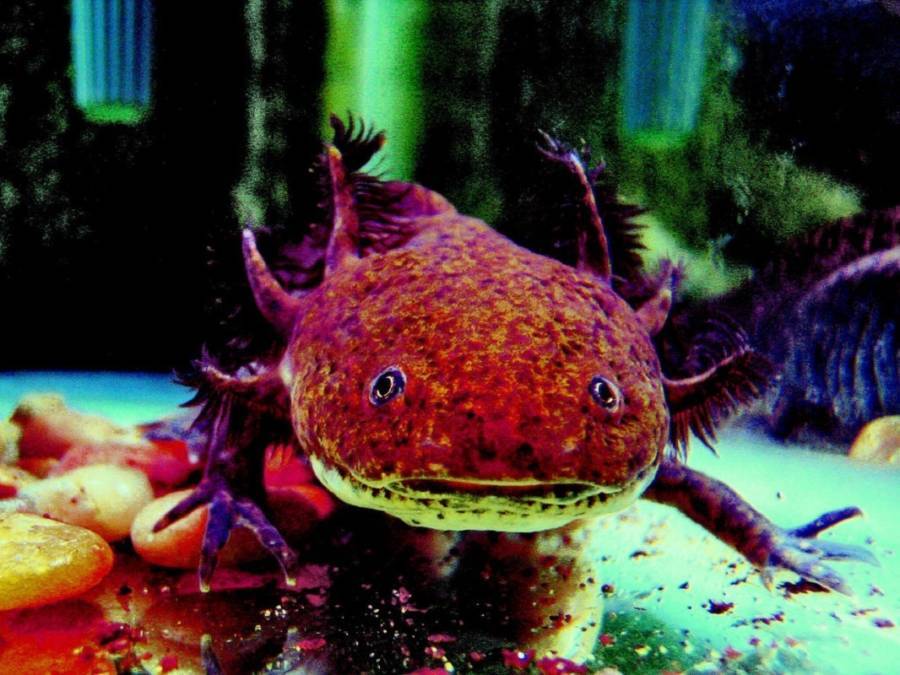 Native to Mexico, this aquatic salamander retains its frilled gills and fins into adulthood; it’s considered rare to see one fully mature and emerge onto dry land.Wikimedia Commons 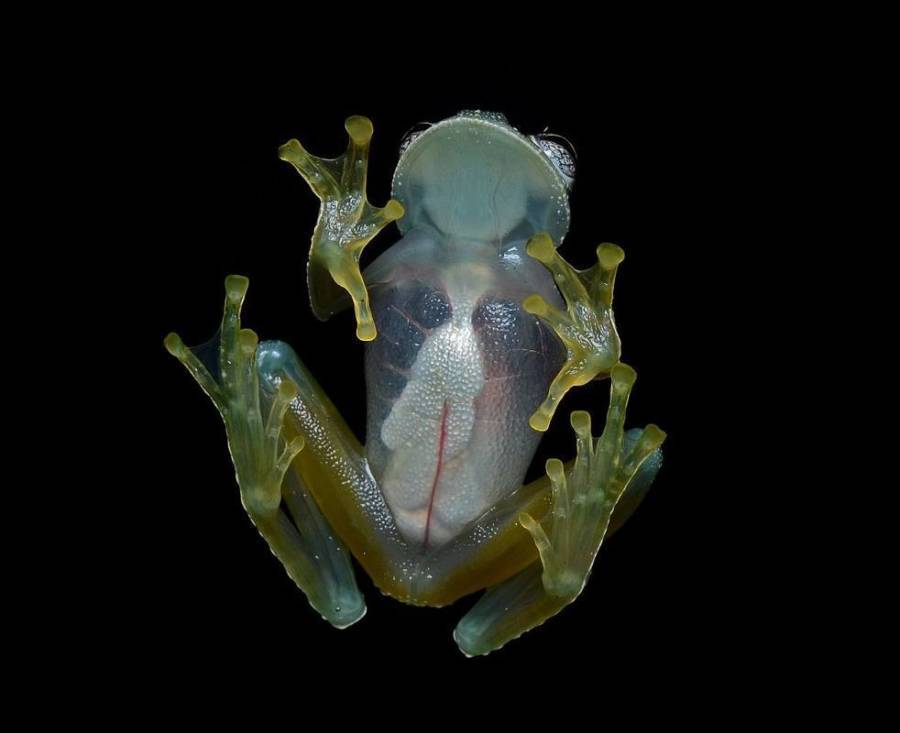 This bizarre frog’s eerily transparent skin allows it to blend seamlessly with its leafy surroundings.Wikimedia Commons 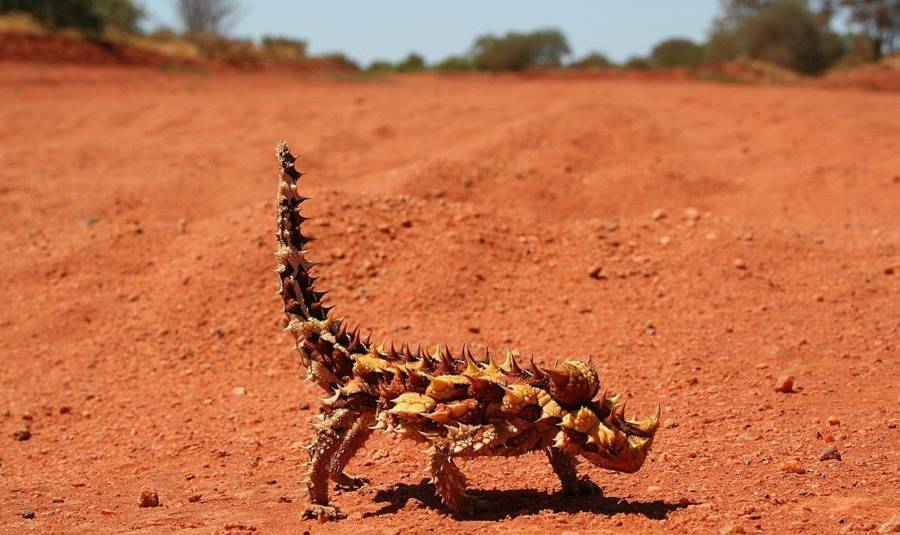 Thorny dragons have a false head on the back of their neck to throw off predators.Wikimedia Commons 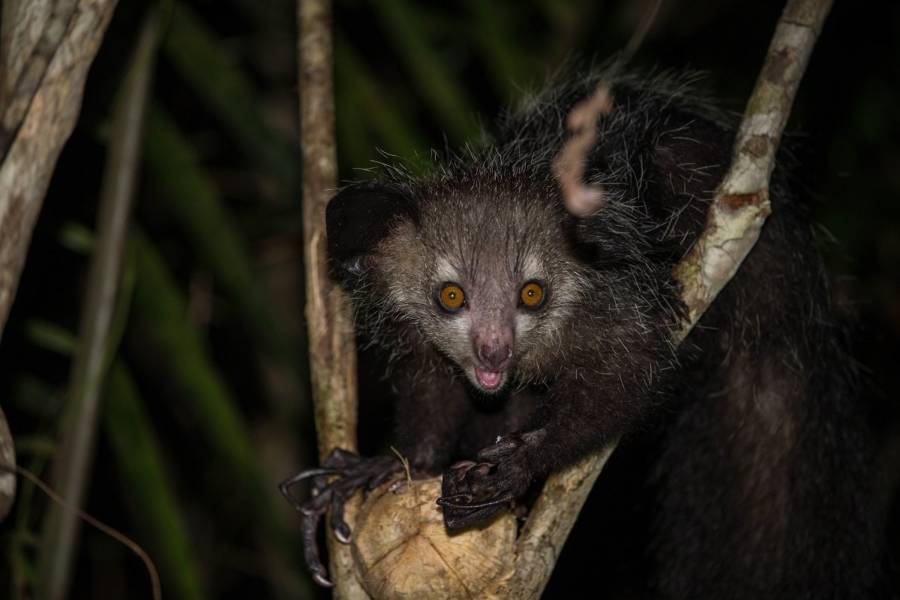 These bizarre primates are most easily recognized by their enormous eyes and long, spindly fingers, both of which allow this animal to easily inhabit treetops at night.Wikimedia Commons 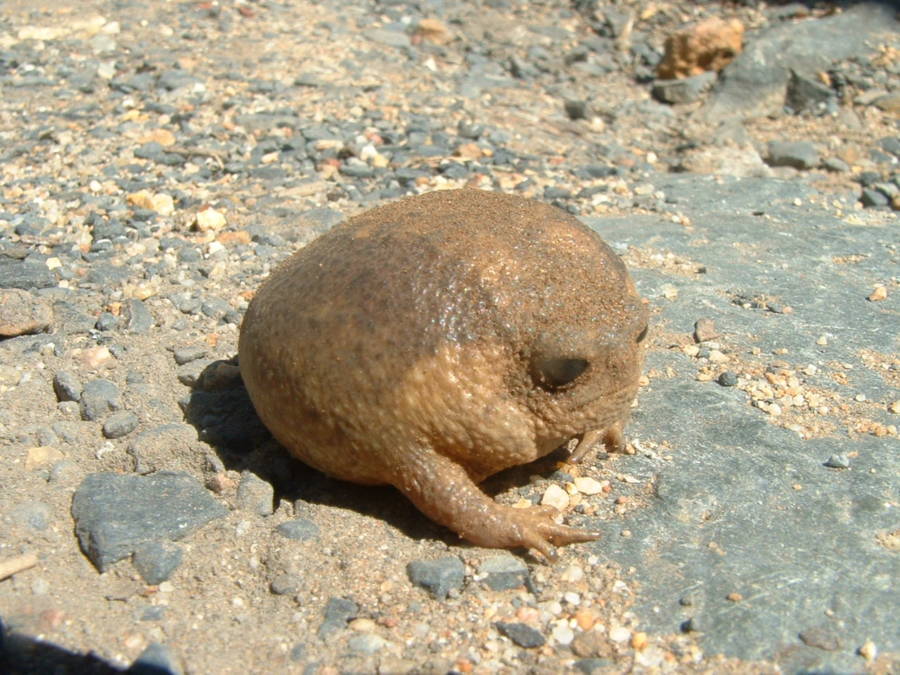 This animal's rotund shape allows it to inflate itself with air and puff up when danger comes near.Wikimedia Commons 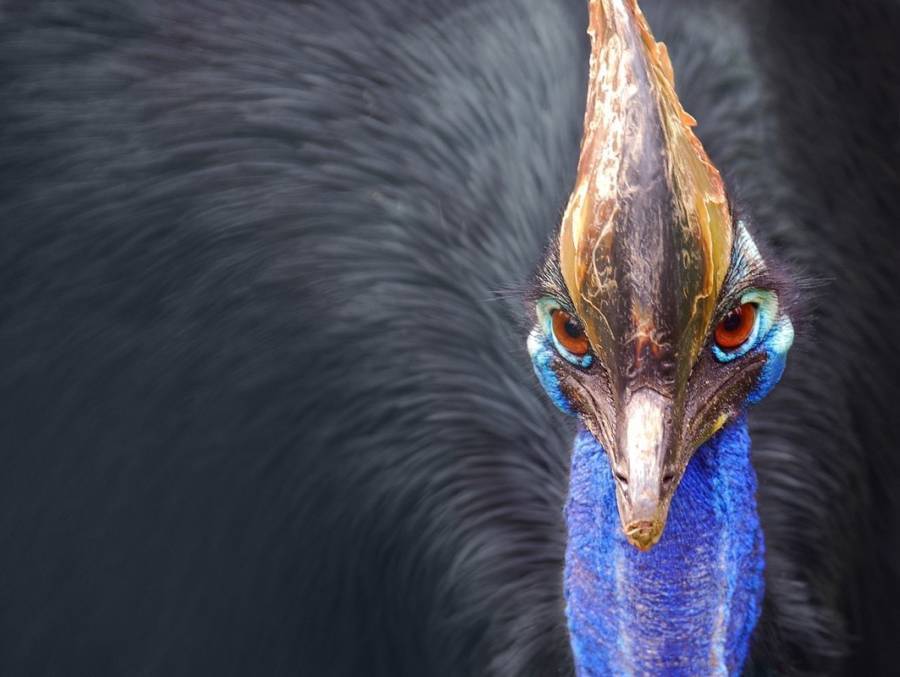 Don’t let the feathery exterior fool you. This giant bird is known to be notoriously aggressive, eviscerating any creature that comes too close with its dagger-like talons.Wikimedia Commons 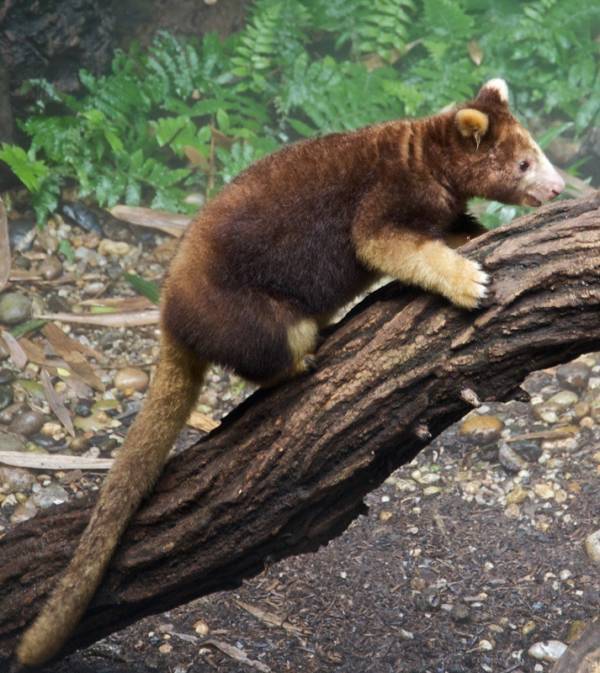 Not all animals from Australia are killers; case in point, the tree kangaroo, which looks more like a stuffed animal than a living. breathing creature.Wikimedia Commons 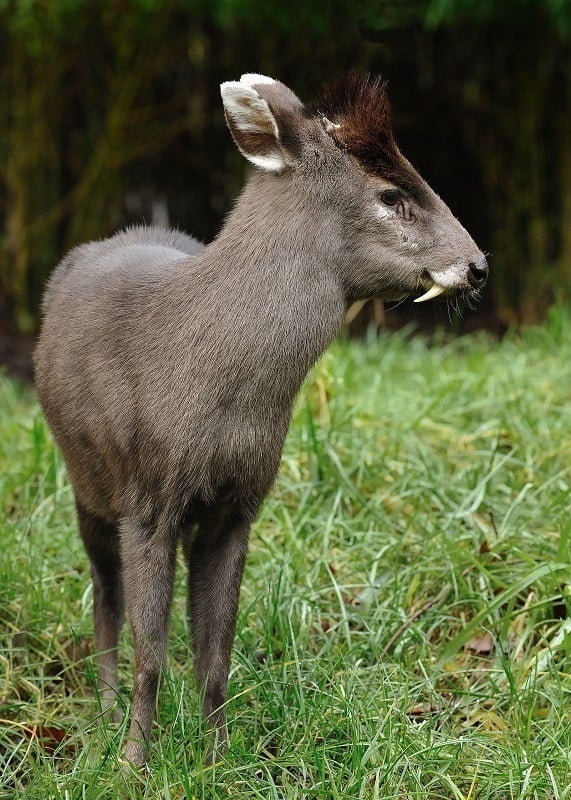 This deer’s striking tusks may raise some eyebrows, especially considering that it’s an herbivorous animal; male tufted deer actually use their fangs to resolve territorial disputes with their own kind in lieu of antlers.Wikimedia Commons 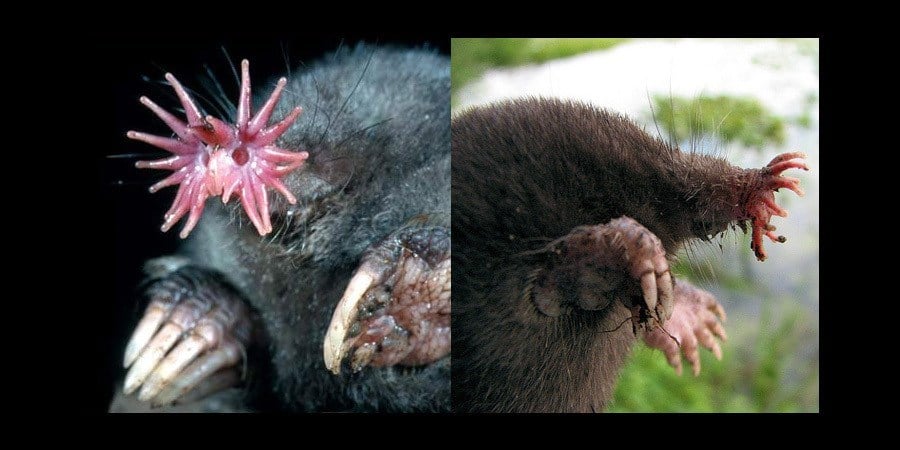 This strange creature, found in North America, is distinguished by its bizarre, fleshy nose. Used as feelers, the mole’s nose has twenty-two mobile, pink tentacles at the end of its snout that are extremely sensitive. 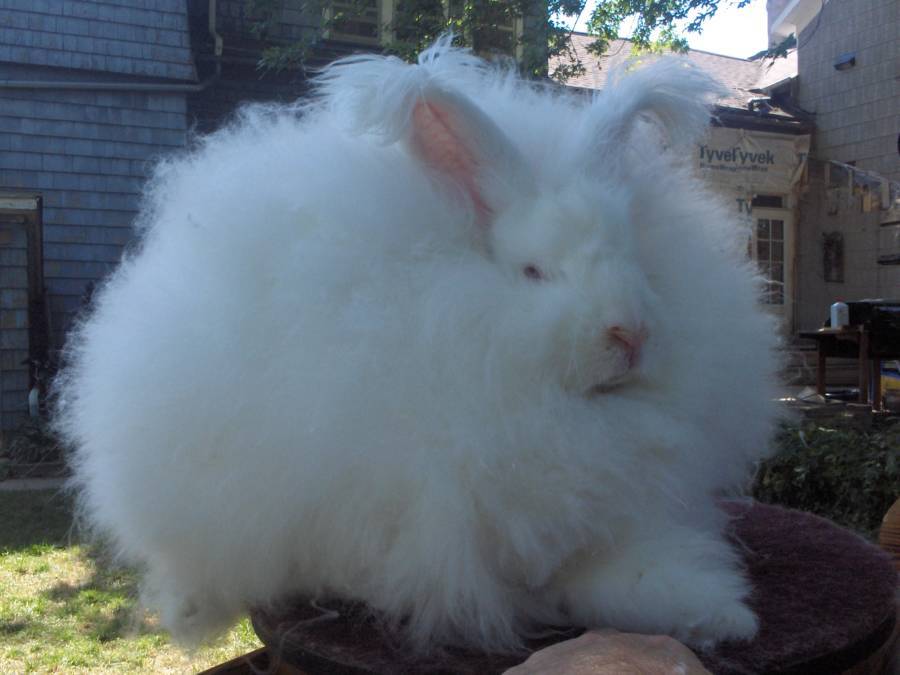 One of the oldest types of rabbit, Angoras appear as veritable clouds with ears, marked by their intense amounts of fur. They were once popular pets of 18th century French royalty.Wikimedia Commons 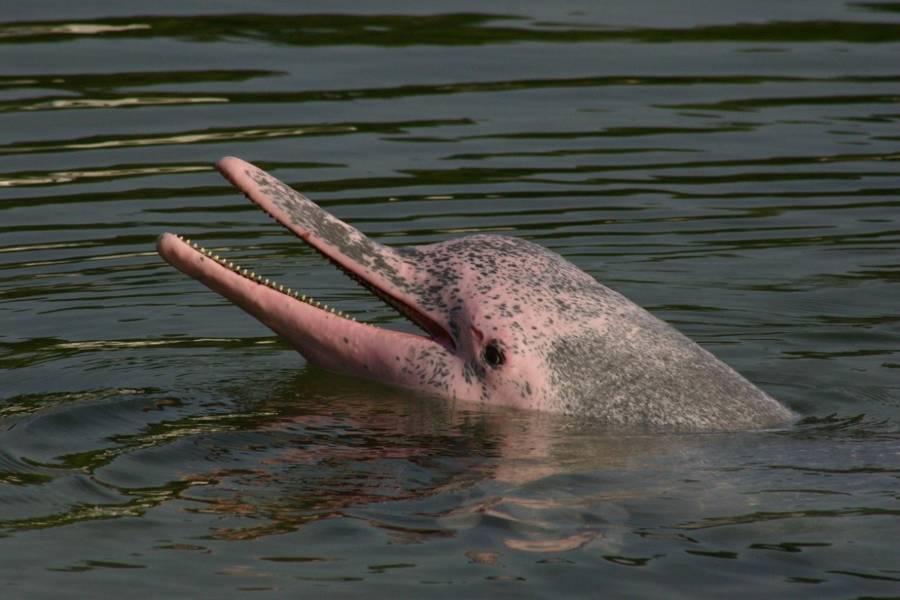 Despite being referred to as a “white” dolphin, these ocean dwellers are actually well known for sporting a curious shade of pink.Flickr 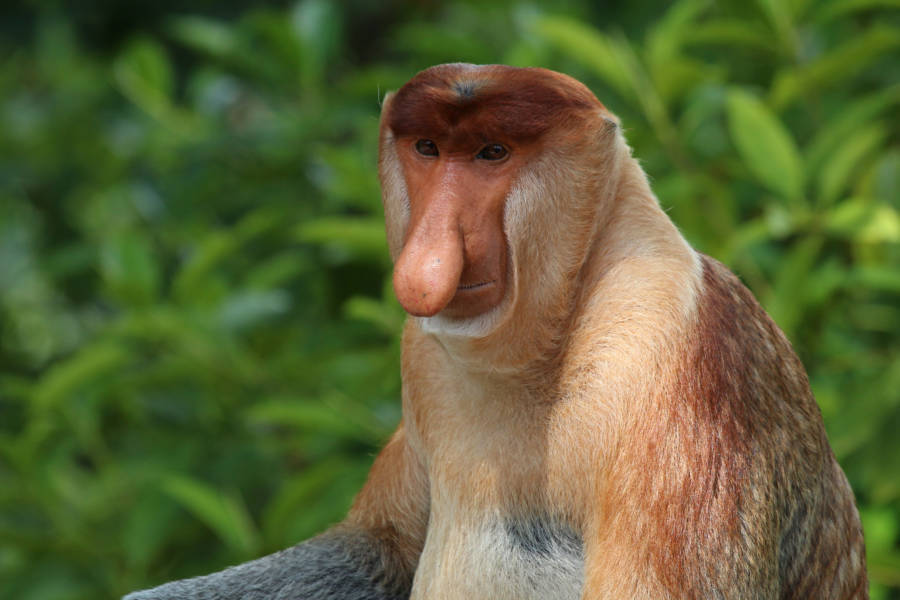 As the name suggests, these exotic creatures have extremely long noses that are believed to be the result of sexual selection.Wikimedia Commons 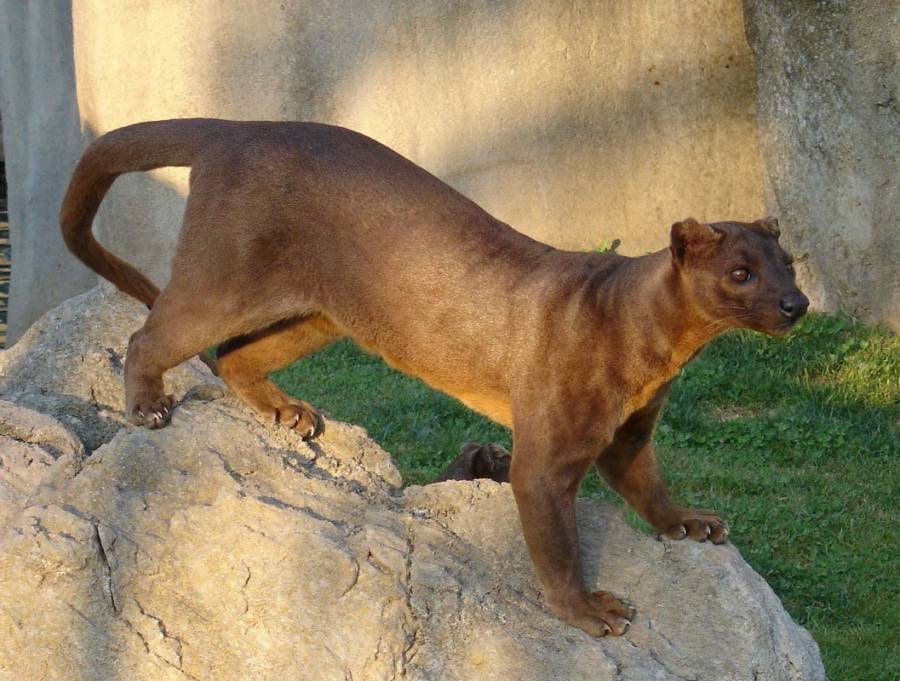 While feline-like in appearance, this carnivorous Madagascar native is close relative of the mongoose family.Wikimedia Commons 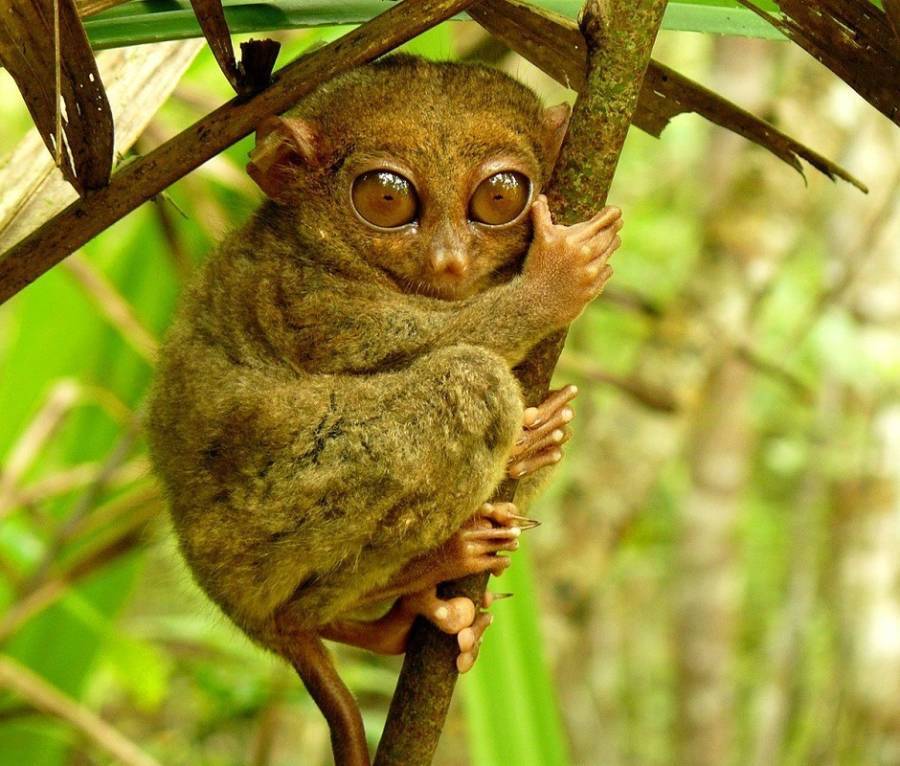 This tiny, bizarre primate may have once inhabited mainland Asia, Europe, and North America, but can now only be found on a handful of Malaysian islands.Wikimedia Commons 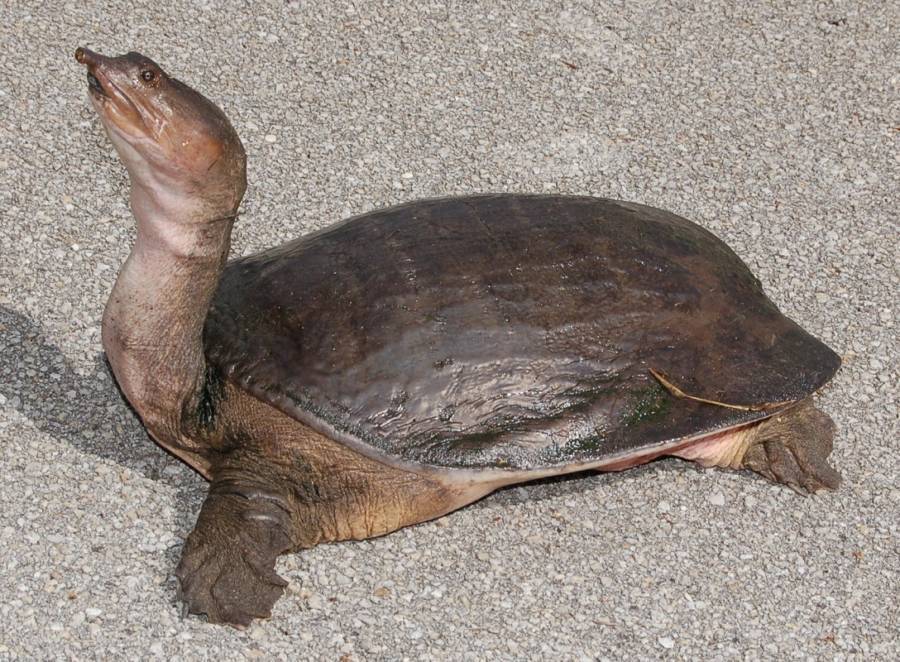 Instead of a turtle's typically hard, dome-like shell, this bizarre animal sports a shell that resembles a flat slab of leather.Wikimedia Commons 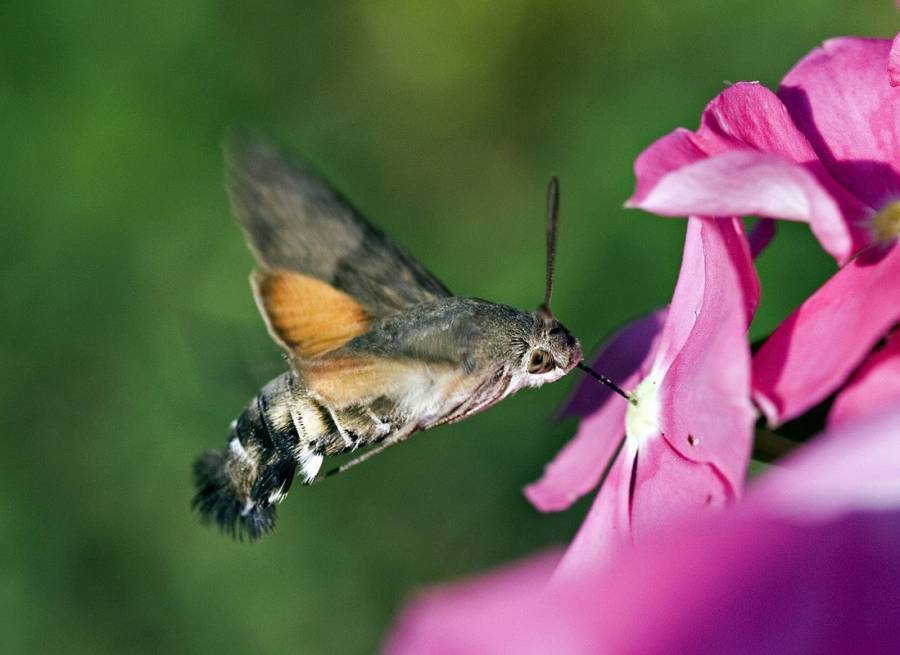 With a confusing name and an equally as confusing appearance, this moth is able to hover over flowers to drink nectar, much like its equally tiny avian counterpart.Wikimedia Commons 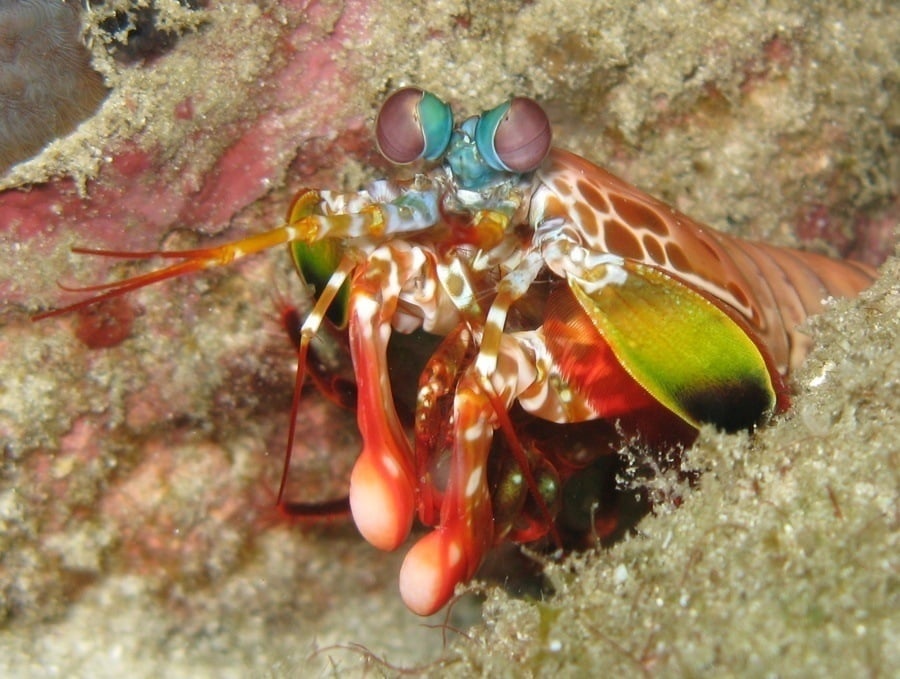 The mantis shrimp is one of nature’s most talented pugilists; cocking its club-like hand back as if it were a spring-loaded weapon, this shrimp is able to shatter shells and even aquarium glass with the force of a .22 caliber bullet.Wikimedia Commons 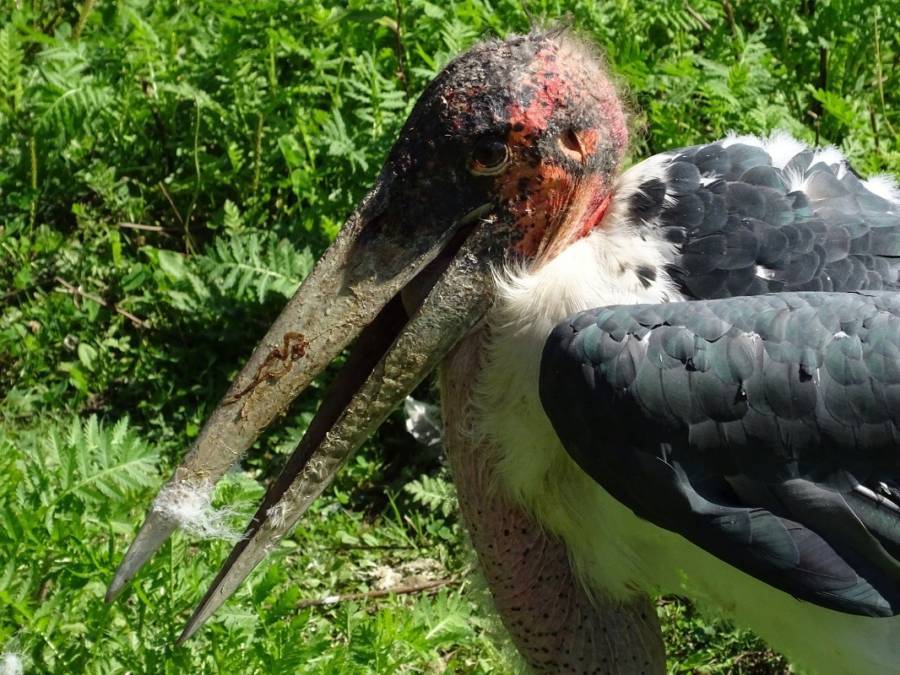 Due to its ominous appearance and the fact that it's a scavenger, this bizarre stork is often referred to as “the undertaker bird.”Flickr 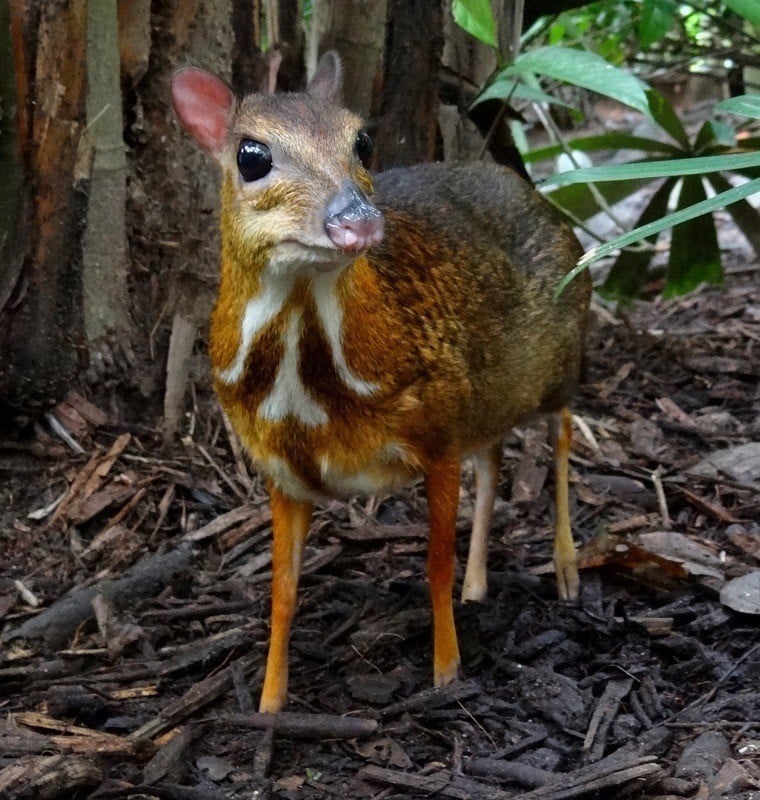 Despite its names, this tiny animal isn’t actually a deer and in fact shares a closer relation to donkeys and pigs.Wikimedia Commons

As the species holds the world record for largest teeth relative to head size in a fish, the nightmarish viperfish is obviously distinguished by its menacing fangs. Even with its mouth closed, the Sloane viperfish’s teeth overlap and are able to impale prey. 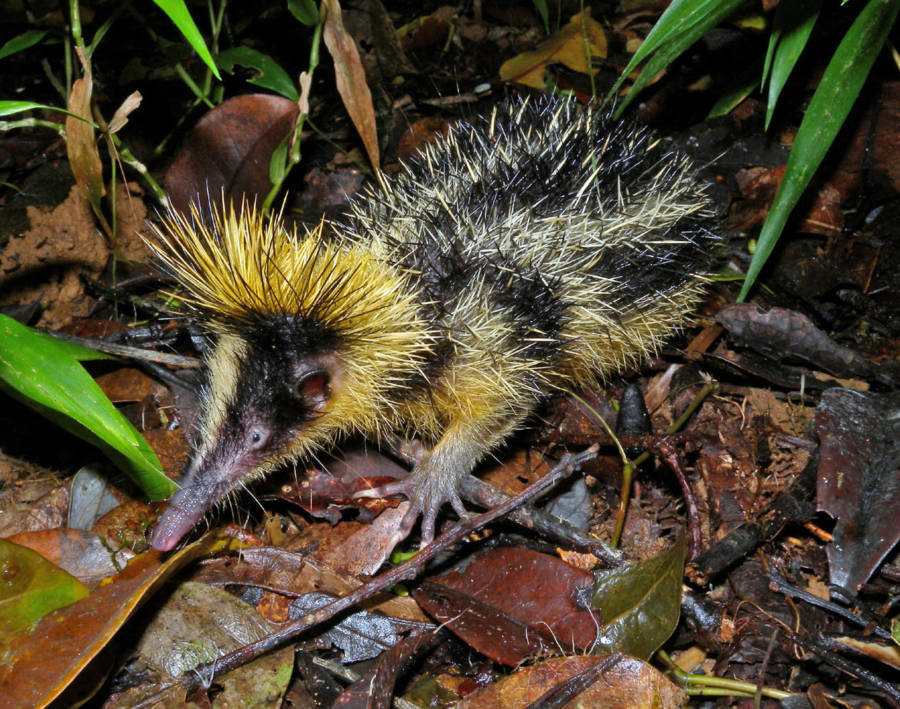 If a bumblebee and a hedgehog mated, the lowland streaked tenrec would be its rather bizarre spawn. Found in Madagascar, these bristly creatures are covered in yellow and brown striped quills, which they use to attack their enemies.Wikimedia Commons 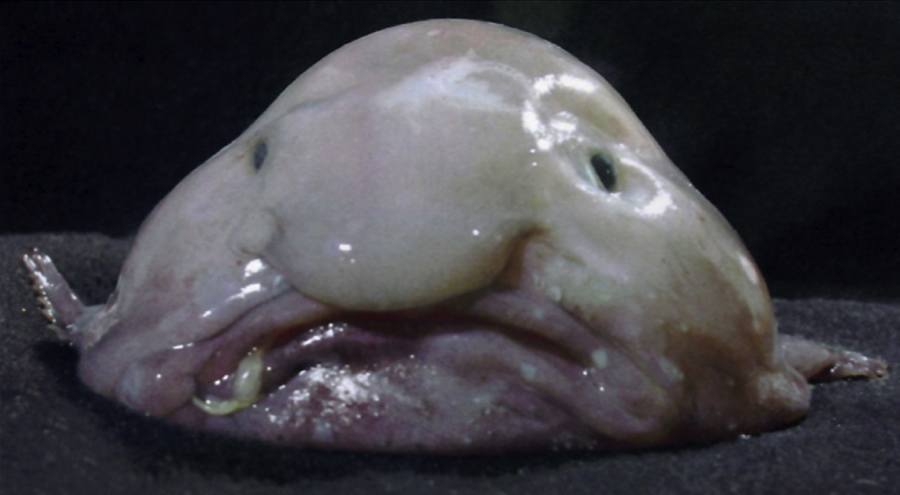 Native to Australia and parts of Tasmania, the blobfish is a gelatinous mass with a density slightly less than water. Now facing extinction due to deep sea fishing, it will eat any organic matter that passes in front of it and only expends a small amount of energy when swimming.Flickr 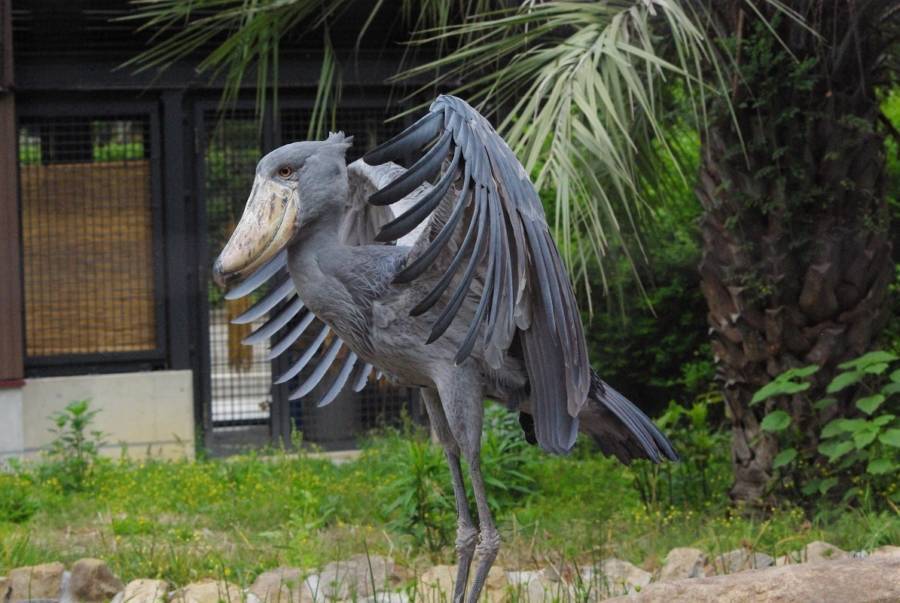 This enormous African bird with a shoe-shaped bill can grow up to five feet tall with a wingspan of over eight feet.Wikimedia Commons 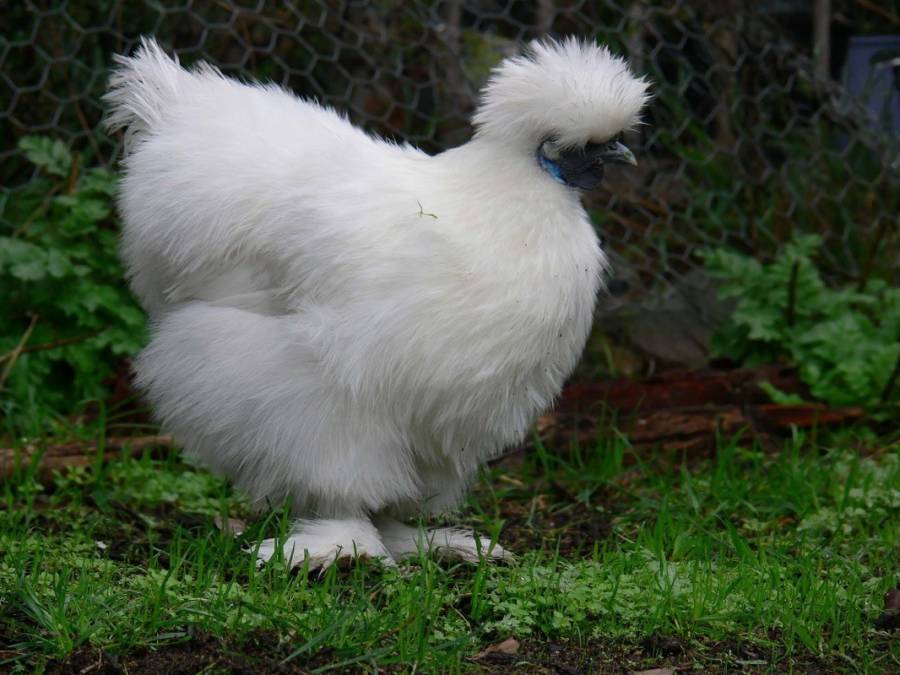 While some seek out these chickens as a unique pet, others are more interested in the jet black meat that lies beneath its fluffy exterior.Wikimedia Commons 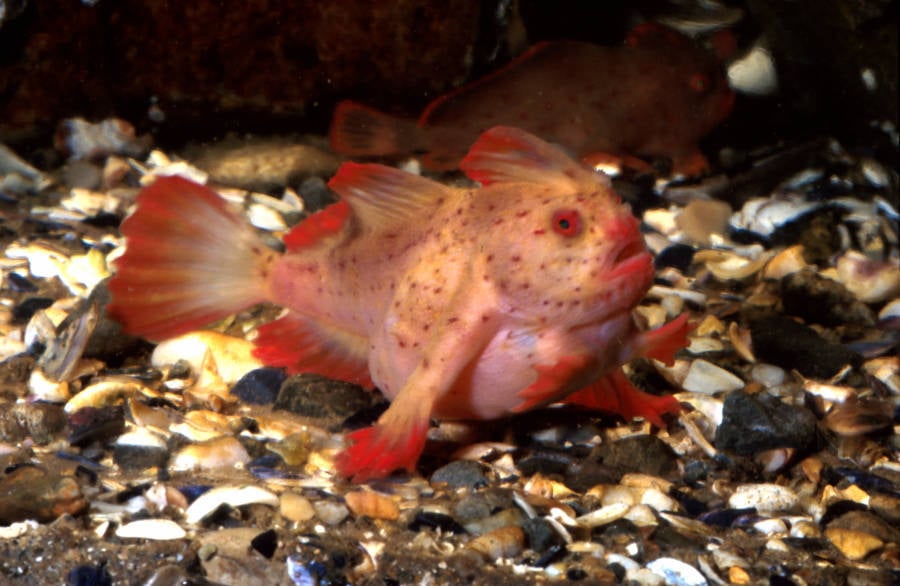 Finding swimming a bit too common, the red handfish uses its fins to walk along the ocean floor rather than swimming like everyone else. Its even more rare pink cousin, discovered in Tasmania, Australia, has had only four specimens ever identified.Wikimedia Commons 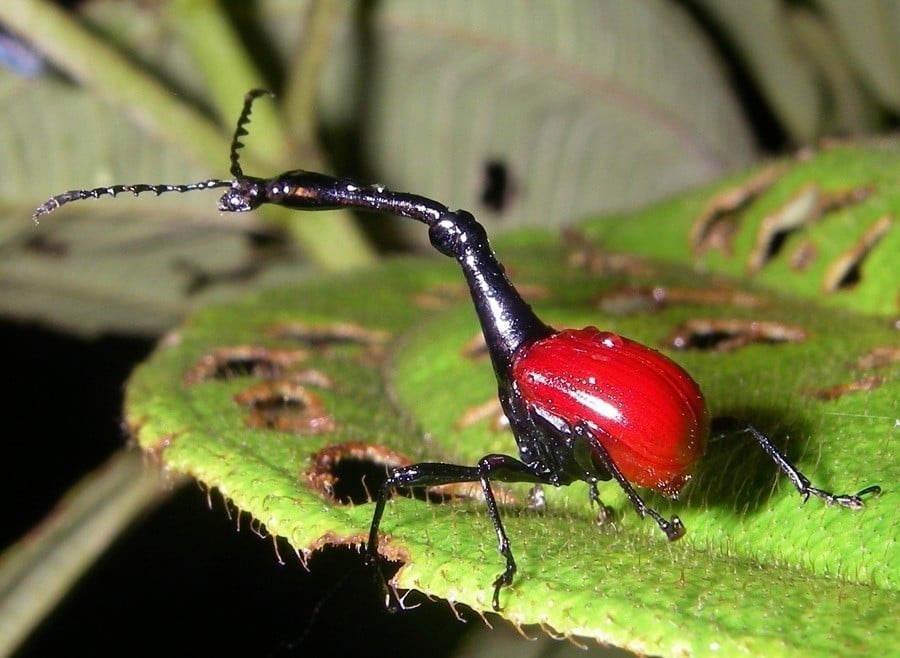 This curious insect mimics its mammalian namesake, using its long neck to fight other males for the honor of mating with a female. 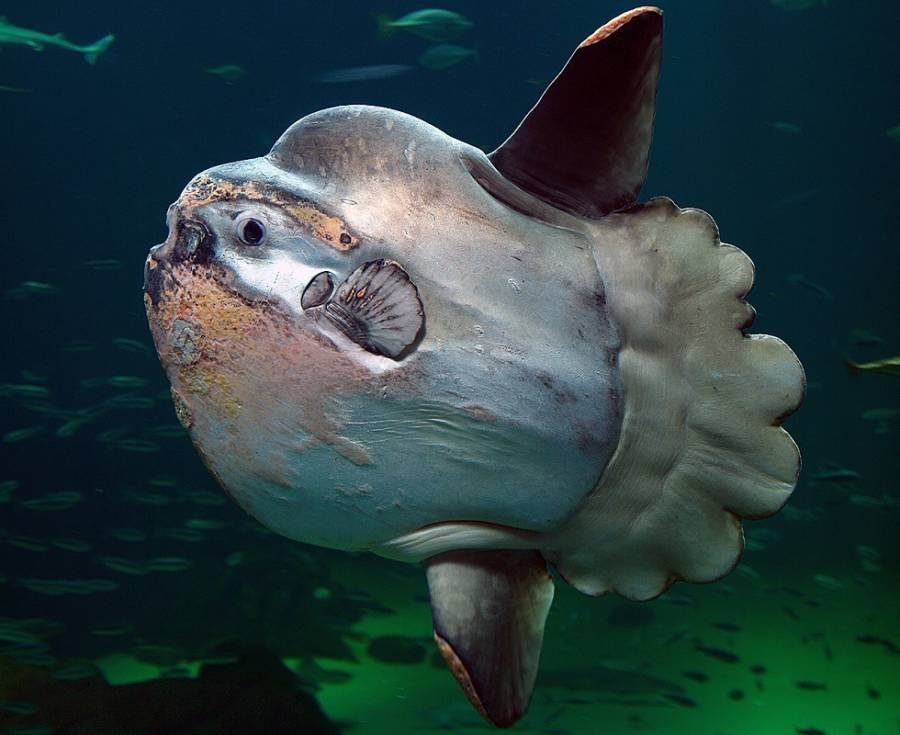 The heaviest of all bony fish, the ocean sunfish dwarfs any divers who swim nearby, as they can grow to an astonishing 14 feet in length.Wikimedia Commons 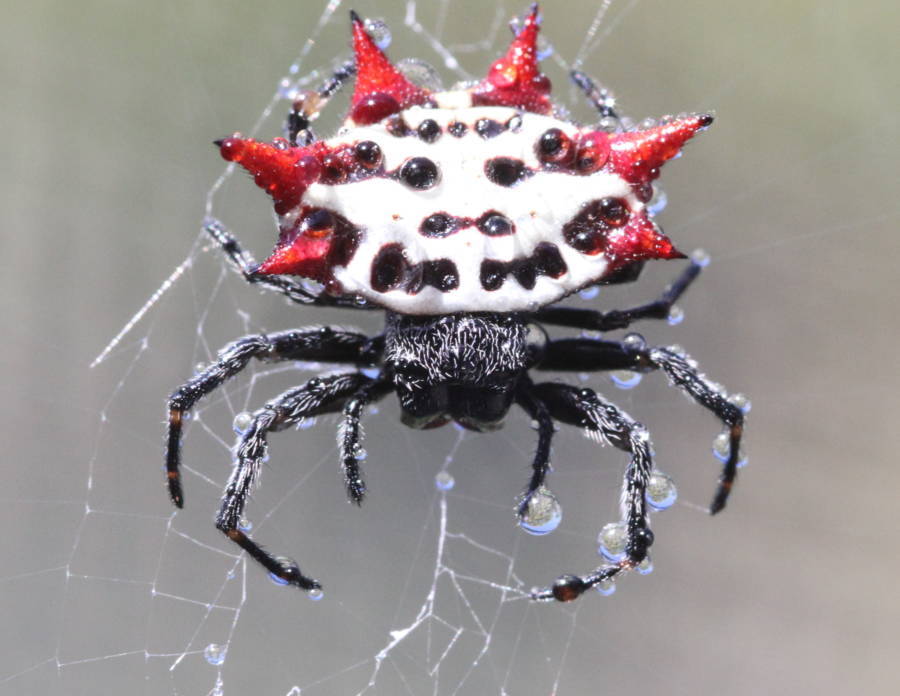 Known by some as the crab spider, the spiny orb-weaver spider can be found in various places across the globe but is known particularly for appearing in the humid gardens of Florida. It has a distinctive, colorful "shell" with "spines" running down it to ward off predators.Wikimedia Commons 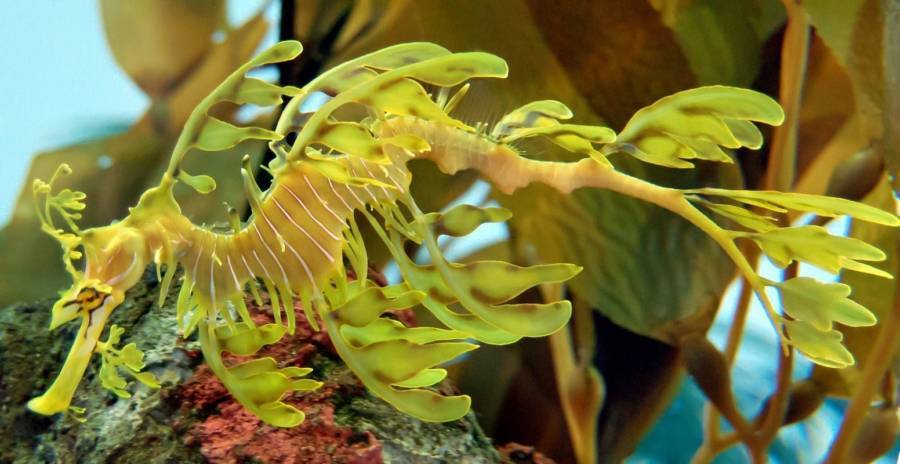 Delicate leaf-like appendages help the sea dragon to camouflage itself among kelp and seaweed.Wikimedia Commons

See Some Of These Stunningly Weird Animals In Action Below:

For more strange animals, check out six weird pets that you can actually own and then discover the rarest animals on the planet.