Josef Jakobs: The Bungling Nazi Spy And Last Person To Die At The Tower Of London

Because he bungled his landing after jumping from a Nazi plane into England and broke his ankle, when he was captured, Josef Jakobs' execution was done as he sat. 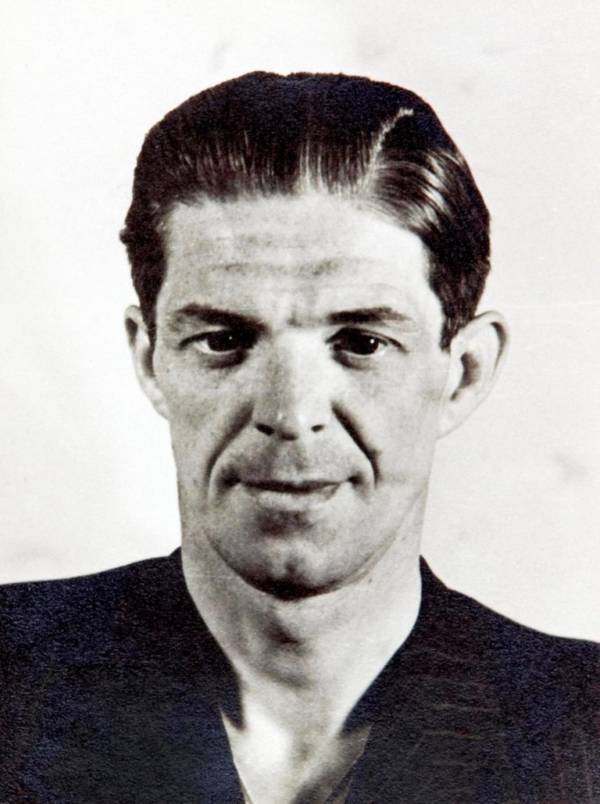 Even before Josef Jakobs became a Nazi spy, he lived a colorful life, and long after his spy days Jakobs was bound to live in infamy. From a soldier to a dentist to criminal, Jakobs’ story is one of chaos, creativity, and espionage. But it would be his bloody end that has kept his name at the forefront of history.

Born in Luxembourg to German parents in 1898, Jakobs served in the German infantry during World War I and was awarded the German military honor of Iron Cross 1st Class. After the war, he switched gears dramatically and became a dentist in Berlin for the next nine years. He married a Margarete Knöffler in 1926 and had three children by her. But by the early 1930s, his days of domesticity dissolved.

With the onset of the Great Depression, Jakobs was forced to close his practice. He quickly descended from a Berlin professional to a petty crook. In 1934 he was arrested and imprisoned in Switzerland for a scheme that involved selling counterfeit gold. He returned to Germany after his release in 1937 and soon became involved in another money-making scheme: selling forged passports to Jews desperate to escape Nazi Germany.

Jakobs was caught and arrested yet again in 1938, but this time he was sent to the notorious concentration camp Sachsenhausen. A year later, he was drafted to serve in his second war. 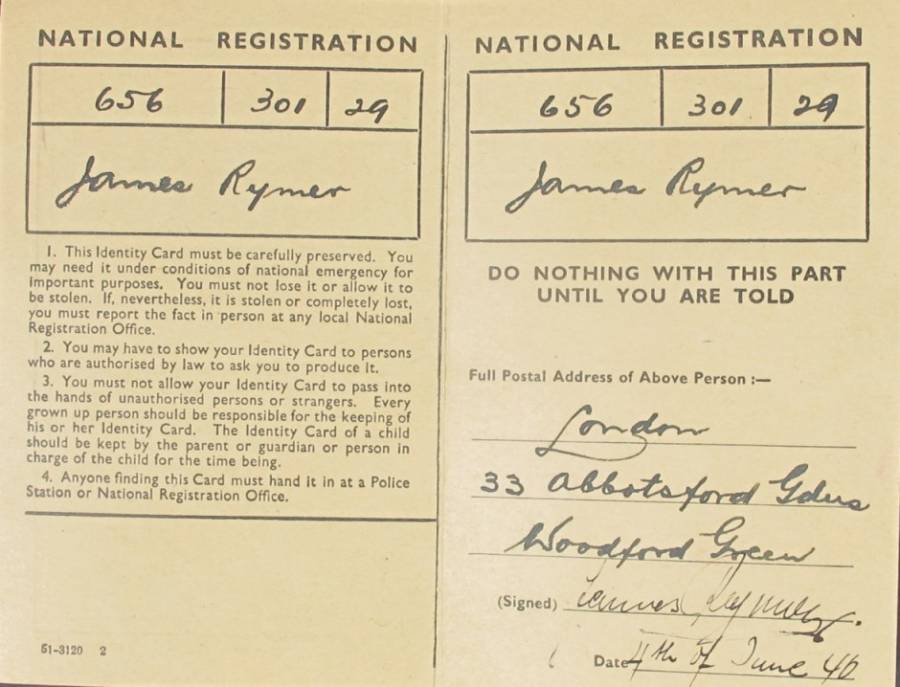 UK National ArchivesJosef Jakobs’ forged UK identity card, one of the many incriminating pieces found on his person.

Josef Jakobs initially served in the meteorological service of the Luftwaffe, or German Air Force. Soon he was recruited to the Abwehr, or German military intelligence, as a spy. Yet for an undercover agent, the 43-year-old former dentist received pitifully little training.

In an interview with The Radio Times, Jakobs’ granddaughter Giselle explained that although her grandfather was schooled in the basics of Morse code, “they didn’t even give him a single practice parachute jump.”

Jakobs soon learned that he would be parachuted into England for his mission, despite the fact that he was far from fluent in the language. In wartime Britain, anyone speaking with a heavy foreign accent, let alone a German one, was bound to be suspicious. As Giselle declared, “He was as good as dead the moment he jumped out of the plane.”

The middle-aged spy’s mission began on Jan. 31, 1941, when he jumped out of a plane over England. His mission was to report on British weather patterns. But the mission went awry the moment Josef Jakobs set foot on British soil. Without jump training, Jakobs landed hard and broke his ankle upon impact. He had wound up on a small farm in Huntingdonshire, near Cambridge. He spent the night in excruciating pain while trying to bury his briefcase filled with incriminating items.

Early in the morning of Feb. 1, Jakobs could bear the pain no longer. He decided to fire his pistol into the air to attract attention. He was eventually found by two English farmers who immediately noted his German accent as well as the corner of the briefcase he had failed to bury fully. 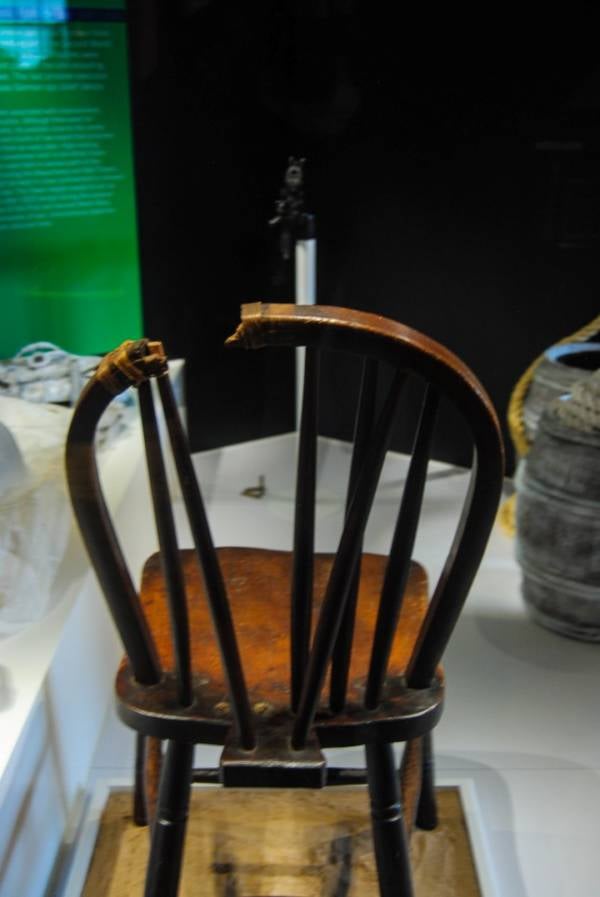 Wikimedia CommonsThe chair in which Jakobs was executed on display at the Tower.

The End of Josef Jakobs

Ultimately, he was found with a load of incriminating items, including a German sausage. He was still in his parachute suit.

The two men who found Jakobs took him to the local police, who in turn notified MI5, Britain’s counter-intelligence agency. Jakobs insisted he had escaped to England as a stopping point en route to seek refuge in the United States. He nearly had a stroke of good luck when his interrogator noted, “properly handled, [Josef Jakobs] will prove a[n]… amenable Double Cross agent.”

Unfortunately for Jakobs, his own bungled arrival had already been reported by another British double-agent working for the Abwehr, Arthur Owens. Jakobs, being a soldier and not a civilian, was promptly tried by court-martial, convicted of treachery, and sentenced to death.

Yet the strange tale of Jakobs might still have been lost in the annals of World War II if not for the strange circumstances of his end. 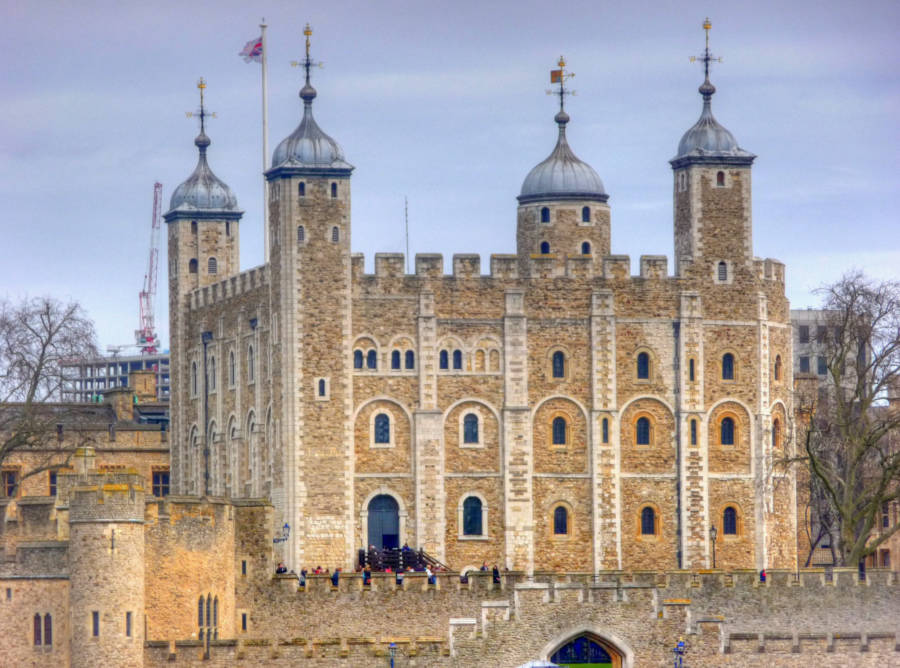 Flickr CommonsThe Tower of London has had a fearsome reputation for hundreds of years.

The Tower of London has long been synonymous with terror and bloodshed. Over the course of its 10-century history, it has served as a prison and execution ground to some of the most famous, and infamous, names in British history.

On Aug. 15, 1941, the dentist-turned-spy was taken to a firing range outside of the Tower. Due to his broken ankle, he sat in a wooden chair as he faced his executors. He was then shot by a military firing squad, earning Josef Jakobs the dubious distinction of becoming the last person ever executed at the Tower of London. A bullet went through his heart and four others throughout his body.

His granddaughter has since become devoted to recounting and unraveling his unfortunate end. “He was a rogue and a scoundrel but he was not a Nazi,” Giselle asserted. “My grandmother died not knowing what happened to her husband,” as he was buried in an unmarked grave at the Tower.

Next, read about the two princes who mysteriously vanished in the Tower. Then, read about Winston Churchill’s favorite spy.