The True Story Of Julianna Farrait, The Wife Of ‘American Gangster’ Frank Lucas

In the 2007 film American Gangster, Frank Lucas is portrayed by Denzel Washington as an innovative heroin kingpin. And Frank Lucas’s wife, Julianna Farrait, is depicted as a strong woman who stood by his side without fail. But who was the woman who once described herself and her husband as the “Black Bonnie and Clyde”?

Though Frank was happy to talk about his rise and fall — he published an autobiography in 2010 and was a paid consultant for American Gangster — Julianna Farrait stayed largely in the shadows. Yet she played a crucial role in her husband’s drug empire.

This is the story of Frank Lucas’s wife, the Puerto Rican beauty queen who became Frank’s partner in crime. 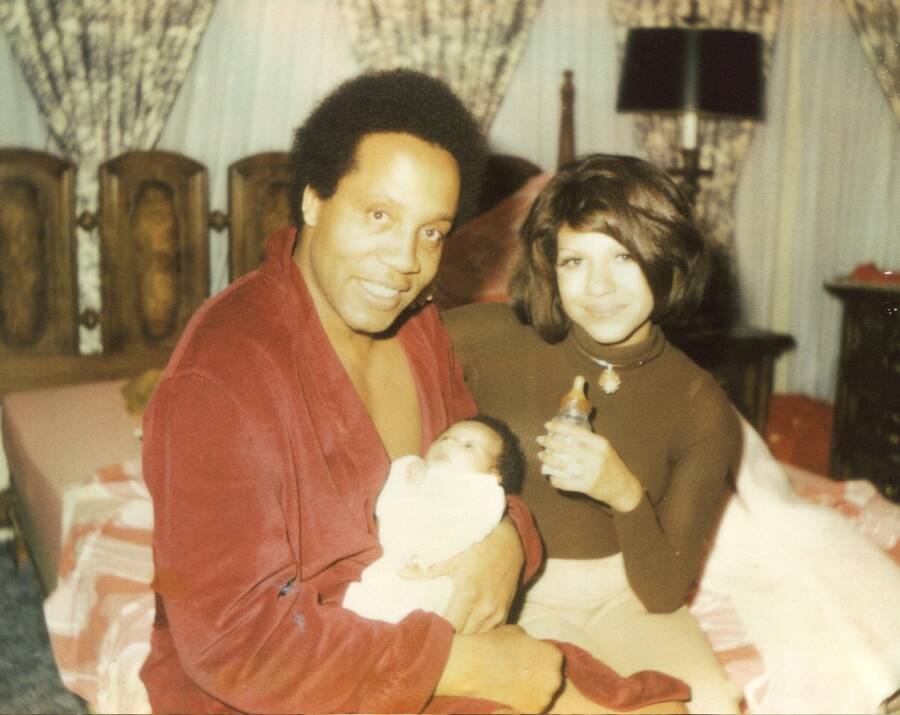 Before his death in 2019, Frank Lucas described his early years in rich detail. He says that his life of crime started after the KKK murdered his cousin, and he had to find a way — any way — to make ends meet for his family. But not as much is known about Frank Lucas’s wife.

Born Julianna Farrait in Puerto Rico around 1941, Frank Lucas’s wife lived the first part of her life in relative anonymity. All that changed when she crossed paths with Frank on a flight from Puerto Rico to New York.

“Cute girl, too,” Frank wrote in his autobiography, Original Gangster: The Real Life Story of One of America’s Most Notorious Drug Lords. “Every time I turned around to check her out, she was smiling at me. I didn’t need any more of a hint.”

The two struck up a conversation — and found that the attraction was mutual. In 1967, they married and welcome a daughter, Francine, in 1985.

“The first time I met Frank, I was completely taken back by his confidence and coolness,” Julie Lucas told the Village Voice in 2007. “He was a very self-assured man, which I found very attractive. And I still do.”

But Frank and Julie Lucas came from entirely different worlds. Though Julie was beautiful — she’d been a homecoming queen, not Miss Puerto Rico, as the film suggests — she had simple tastes.

“I liked Julie, but she was a country girl,” Frank wrote. “There was nothing fabulous about her. Her clothes were boring and basic and not good quality. I had to get her fixed up so she could look the part of Frank Lucas’s wife.”

Indeed, the time they married, Frank was on the precipice of building his drug empire. He’d soon start importing his “Blue Magic” heroin to Harlem from southeast Asia, an operation so lucrative that Frank later boasted he could pull in $1 million a day.

And before long, Julie Lucas would understand how to dress to “look the part” of a kingpin’s wife. But Frank and Julie’s love of extravagant, eye-catching clothing would also bring about their downfall. 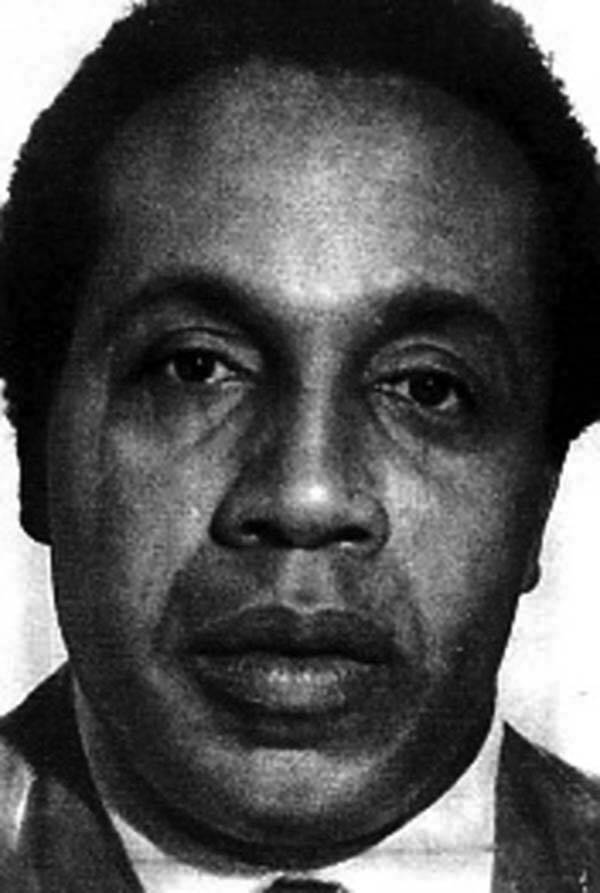 As the 1960s shifted into the 1970s, Frank Lucas’s power grew. With plenty of money to burn, he frequently doted on his wife, giving Julie extravagant and expensive gifts.

“I always remember the antique cream Mercedes that Frank bought for me after I had Francine,” Julie told the Village Voice. “That ride was so gorgeous because the interior was pure leather and drove so smoothly.”

Indeed, Frank Lucas was always looking to outspend the people around him. As such, he was infuriated to show up to a Muhammad Ali fight in 1970 in Atlanta and find other drug dealers wearing expensive mink coats.

“There is no such thing as outtalking me, outhustling me, outthinking me, or outdressing me,” Lucas wrote. “I could not have people who made less money than me walking around thinking they ruled the world. I screamed it out to all who would listen: ‘Ya’ll think you gone outshine me? Bring that ass to New York City, and I will show every last one of ya’ll who the boss is.'”

Frank Lucas’s wife, likely sensitive to this insecurity, came up with a solution. For the Muhammad Ali-Joe Frazier fight at Madison Square Garden in 1971, she’d get her husband a beautiful, expensive, new coat.

Julie bought a chinchilla coat for $125,000, alongside a matching $40,000 hat, from a “Jewish shop” in Manhattan. Her husband proudly wore it to the fight — but attracted the wrong kind of attention. 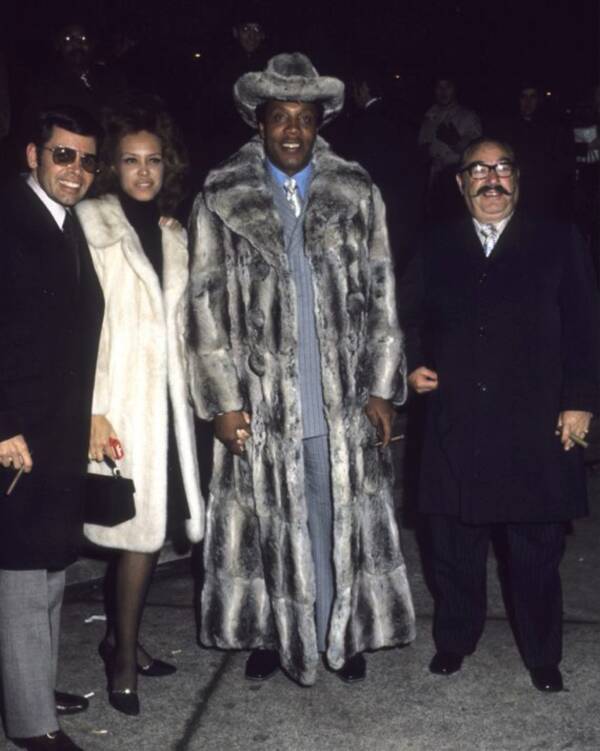 TwitterFrank Lucas wearing the chinchilla hat and coat gifted to him by his wife.

There were several detectives in the audience that night that noticed Frank Lucas. Not only was he wearing an expensive coat, but he had better seats than Frank Sinatra and even Vice President Spiro Agnew.

Both the Lucases and the police say that the coat didn’t exactly trigger Frank’s downfall — but it did put him in police crosshairs.

“Law enforcement knew of him,” explained prosecutor Richie Roberts, who was played by Russell Crowe in American Gangster. “But certainly it brought a lot more attention onto him, that coat.”

He added: “You don’t go around showing that kind of money when the people who are trying to arrest you are making in those days $25,000 a year, and you’re showing a coat that’s like five years’ salaries. It gets these guys a little angry. So, it was a bad mistake.”

Julie Lucas seconded Roberts, telling the Village Voice, “I often think back to that particular gift many times. I don’t believe it helped the police notice who he was, because, by then, they were already suspicious, but I do believe it brought attention from others – both positive and negative.”

Over the next few years, police drew closer and closer to Frank and Julie Lucas. And in 1975, they made their move.

How Julianna Farrait Became The Bonnie To Her Husband’s Clyde

On January 28, 1975, the New York Police Department and the Drug Enforcement Administration raided Frank and Julie Lucas’s home in Teaneck, New Jersey. As the police swarmed through the premises, Julie panicked and threw several suitcases containing $584,000 out the window.

“Take it all, take it all,” she screamed, according to New York Magazine.

In the aftermath, Frank and Julie Lucas’s lives changed entirely. Frank was sentenced to seventy years in prison; Julie to six months. And when Frank started cooperating with authorities and naming names, Julie was forced to go into witness protection with Francine and one of Frank’s children.

But when Frank got out of prison early in 1982, Julie Lucas played an even bigger role in his life of crime than before. About a year later, Julie took Francine to Las Vegas for what appeared to be a mother-daughter trip — but was actually a drug deal on Frank’s behalf.

As Francine told Glamour, a man with a gun walked straight into their hotel room as Francine was watching TV. “I’m an FBI agent,” he told her. “Your mom is under arrest”

Frank and Julie Lucas went back to prison — Frank for seven years, Julie for four and a half — and Francine was sent to live with relatives in Puerto Rico. But when Frank and Julie finally got out of prison, they settled into a quiet life — with a couple of exceptions.

American Gangster And Julie Lucas’s Trouble With The Law 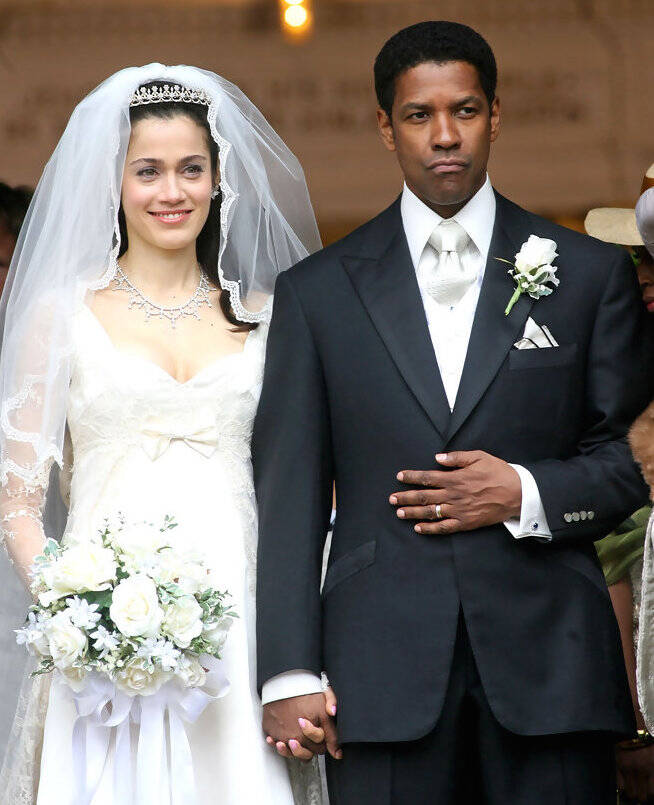 In 2001, Frank Lucas sold the rights for a movie about his life to a Hollywood firm. That movie, American Gangster, came out in 2007, breathing new life into Frank’s story — and the story of Frank Lucas’s wife.

“I’m a very shy woman,” Julie Lucas said the Village Voice of her reaction to the film. “I have never liked a lot of fuss. Even at the premier of American Gangster, I made myself unknown because I did not want people to know who I was, because I suffer from panic attacks.”

She added that despite difficulties with her husband — they separated for a while after she left prison — her love for him endures. “I have always loved Frank,” Julie said. “Some call us the black Bonnie and Clyde because we have always stuck by one another.”

In the following years, however, Julie Lucas acted more like Bonnie and Clyde than her husband did. While Frank kept a low profile, she was arrested in May 2010 for trying to sell cocaine to an informant at a Puerto Rican hotel.

In 2012, she appeared in Manhattan federal court and was handed a five-year sentence. Julie asked the judge for “mercy and compassion” so that she could take care of Frank, then 81 years old.

“I want to apologize to my husband … My husband is 81 years old, and I would like to spend what time he has with him,” she said then, as reported by the New York Post.

Sadly, neither Frank nor Julie Lucas had much time left. Frank Lucas died in 2019. And though much not is known about Julie Lucas’s death, the New York Times reported in his obituary that she died before him.

Today, Frank Lucas is well-known. His exploits have been explored in both his autobiography and in American Gangster. But Frank Lucas’s wife remains in the shadows. And maybe Julianna Farrait, the Puerto Rican beauty and the Bonnie to his Clyde, preferred it that way.