In case you had forgotten about Gangnam Style, allow us to remind you of it. The song went viral in the United States in 2012, but in truth Psy’s tune was just one of many carefully engineered Korean Pop — or K-pop — mega hits.

Not unlike pop music in the West, K-pop has an aesthetic, a formula and a flavor. The difference is that in South Korea, almost all of these young music moguls are managed by the same label–and from a very early age. As with the country’s design standards for other exports, even their pop music demands perfection.

A Brief History Of K-Pop

K-pop as we know it today got its start in the ’90s, but it only came to its presently recognizable form after decades of cultural blending. Western culture, which arrived in earnest in the 1950s, largely shaped K-pop. Though there had been an American and European presence in Korea since at least the 1880s, it wasn’t until the Korean War that American stars arrived to perform for troops–and brought the style and flair of American pop culture along for the ride.

USO performances featuring glamorous figures like Marilyn Monroe took the war-torn nation by storm. South Korea in particular embraced these Western stylings and integrated them into their music scene throughout the next decades, starting with “girl groups” similar to The Ronettes or The Andrews Sisters. 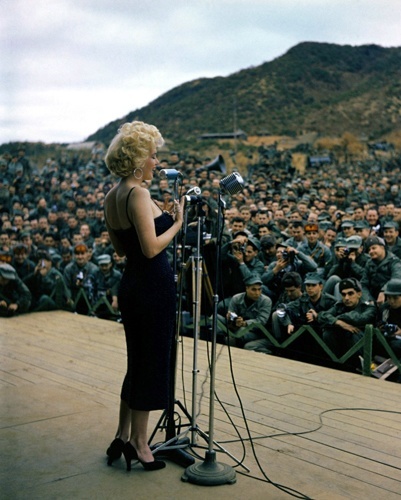 It wasn’t until the early ‘90s, when rap and techno entered the scene, that contemporary K-pop really took off. By the end of the decade, the genre dominated the music scene. Today, K-pop is no longer just a musical genre; it’s an entire teenage subculture. 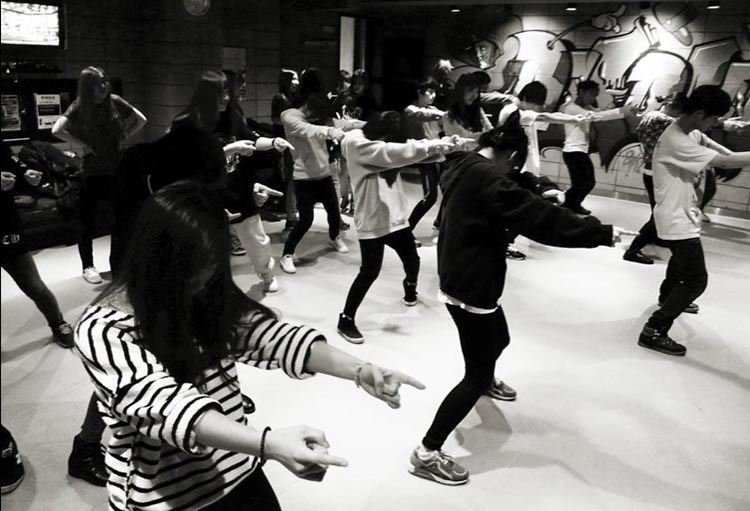 Even if you don’t speak the language, K-pop music videos and performances are engineered to engage all viewers. The combination of highly choreographed dance routines (which, like in Gangnam Style, are made for the specific song so that it is recognizable and repeatable by fans), vivid visual backdrops, synthesized music and performers’ high-fashion attire aid in the videos’ ability to really stick into the mind of the viewer.

K-pop’s frenzy of colors and choreography presents a chaotic scene, but behind the flurry of moving hues are years of work and calculation. While PSY became known in the United States seemingly overnight, it was only after he had spent years cultivating fame at home.

In South Korea, the road to K-pop stardom is a long one, with larger record labels beginning the scouting process for the next generation of K-pop stars at around the age ten. Once found, the children live together in something of a musical commune where they are trained through their early teenage years for stardom, including strict vocal lessons, dance training and PR skills.

While Western culture has occasionally vilified these practices, the South Korean government has become increasingly supportive of K-pop as a cultural touchstone and a money-making enterprise. By aiding in the dissemination of these tunes and videos through social media and investing in the training of new artists, the government is bolstering a major part of its economy.

The country produces around 60 new bands each year. While not all of them garner international fame, K-pop’s ability to churn out potential stars is impressive, if not a little overwhelming. The new bands are debuted in a manner that is highly — and virally — marketed in order to generate buzz, and usually appear for the first time on a television program or opening for a more well-established group.

That’s not to say that government intervention is singlehandedly propping up the K-pop industry, though. As with the fan base of American and European boy bands (think One Direction), the K-pop following is massive enough to keep the industry reigning comfortably the music scene for years to come.