Killer Whale “Lulu” Found Dead, Was “One Of The Most Contaminated Animals On The Planet”

This killer whale had one of the highest concentrations of toxic pollutants that scientists have ever recorded. 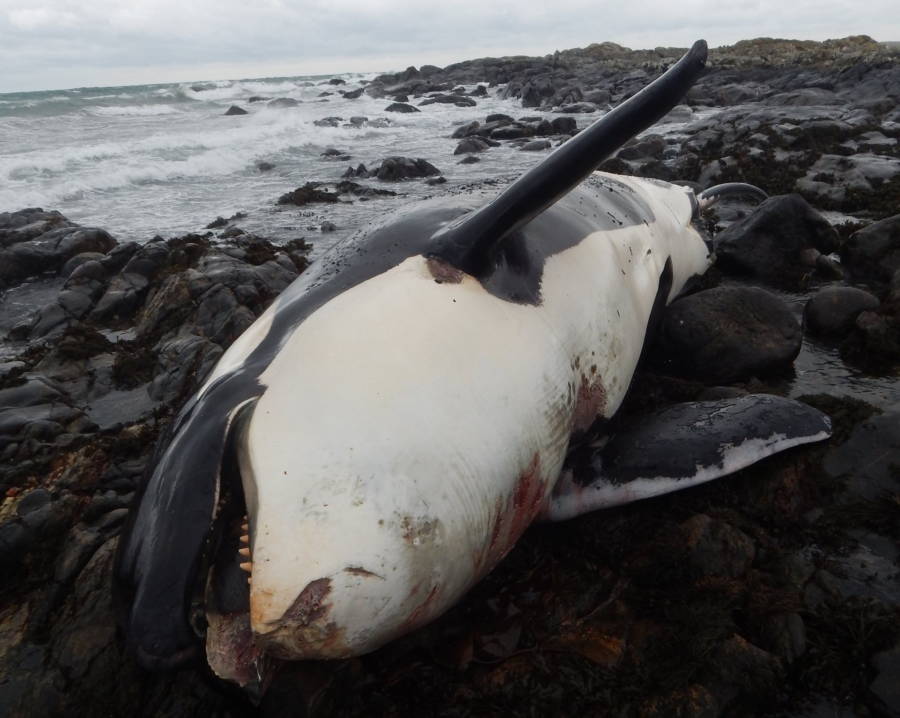 When a killer whale was found dead on the beaches of Scotland last year, it was determined that she had perished after becoming trapped in fishing net. However, new tests of the whale’s remains reveal a far darker and more complicated story.

Researchers found that the whale, christened Lulu, had some of the highest concentrations of pollutants ever found in a marine mammal, reports the BBC.

The pollutants in question were polychlorinated biphenyls, or PCBs. Used in a number of industrial and electrical processes as insulators, coolants, and more, PCBs are toxic for the environment and carcinogenic in humans.

This is why Congress banned PCBs in the US in 1979. The UK severely limited PCB production in 1981 and ceased production entirely in 2000. Nevertheless, these pollutants remain in the environment — and Lulu had extraordinary levels of them inside her.

“The levels of PCB contamination in Lulu were incredibly high, surprisingly so. They were 20 times higher than the safe level that we would expect for cetaceans to be able to manage,” Dr. Andrew Brownlow, head of the Scottish Marine Animal Stranding Scheme, told the BBC.

“That puts her as one of the most contaminated animals on the planet in terms of PCB burden, and does raise serious questions for the long-term survivability of this group (of UK killer whales),” Brownlow added.

Lulu likely had such high PCB levels because she was both quite old (20) and, as a killer whale, was an apex predator (meaning that she ingested PCBs from all the animals below her in the food chain).

With such a large amount of PCBs inside her, Lulu’s immune and reproductive systems were surely compromised. Moreover, the contamination may have caused her death in the fishing net.

“It is potentially plausible that there was some effect of the PCBs that was in some way debilitating her so she wasn’t strong enough or even aware enough to deal with this entanglement (in fishing line),” Brownlow said. “We very rarely see entanglement in killer whales – actually this is one of the first cases we have documented.”

And with a million tonnes of PCB-contaminated material awaiting disposal in Europe alone, Lulu’s case likely won’t be the last.

Next, read the story of the beached whale that was recently found with an enormous, deadly ball of plastic bags in its stomach. Then, see one-of-a-kind drone video of killer whales taking turns eating a shark alive.