While no one knows for sure why the Kindlifresserbrunnen was built, there are several theories as to why a child eating statue could be there. 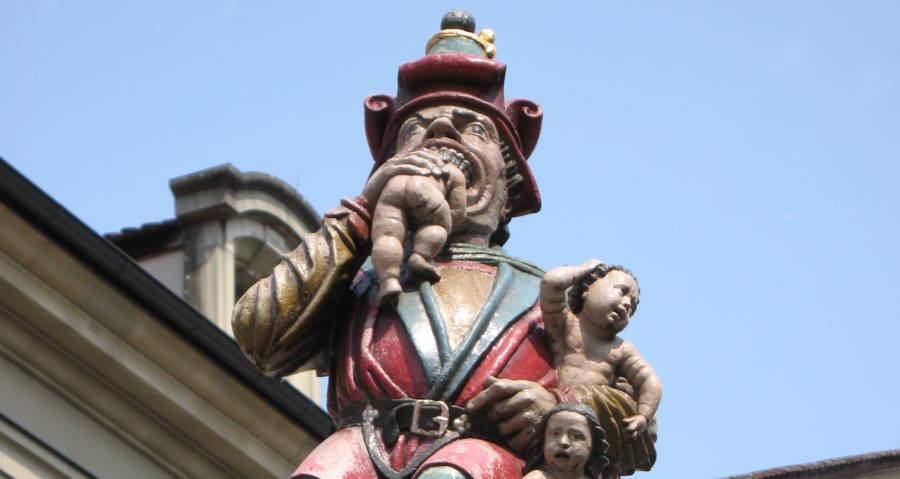 In the middle of the Swiss city of Bern, there stands a giant statue of a grotesque beast devouring small children, a statue whose symbolic purpose has been lost to time.

Built around 1546, the Kindlifresserbrunnen of Bern is a fountain with an imposing sculpture of an ogre with a half of a child spilling out of his mouth. In a sack in his other hand, he holds four more terrified children, presumably to eat later.

The Kindlifresserbrunnen is one of the many ornately decorated fountains that can in the Old City of Bern, dating back to the 16th century.

But among these, this gruesome depiction of an ogre eating children stands out from the rest, but what meaning it holds is unknown. 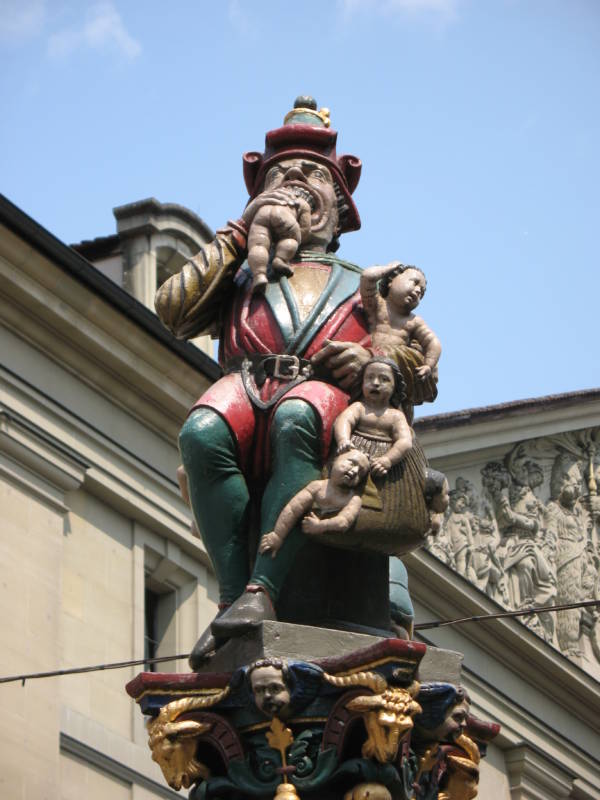 Though the true motivation behind the building of this statue may have been lost to the ages, historians have been able to come up with a number of plausible theories as to why someone would enact such a macabre sculpture in their city center.

One such theory is that the statue was erected as a warning to the Jewish community of Bern that lived there at the time.

During the Middle Ages, blood libels — or anti-semitic rumors that Jewish people engaged in the human sacrifice and cannibalism of Christian children — were seen as a threat to Christian communities, an accusation that persists to this day. According to this theory, the Kindlifresserbrunnen represents a Jewish man eating Christian children.

This representation is further supported by the fact that the hat worn by the ogre in the statue resembles a Judenhut, a hat that Medieval governments required Jews to wear outside of their ghettos to identify themselves.

Another theory is that the statue is meant to depict Cronus, a Titan from Greek mythology who was the father of the gods. Cronus, who was afraid his children would overthrow him, ate each one of them as they were born. Only Zeus escaped his clutches and freed his brothers from their father’s stomach.

Cronus was a popular deity to depict during the late-Middle Ages, and inspired a number of deeply disturbing works of art. 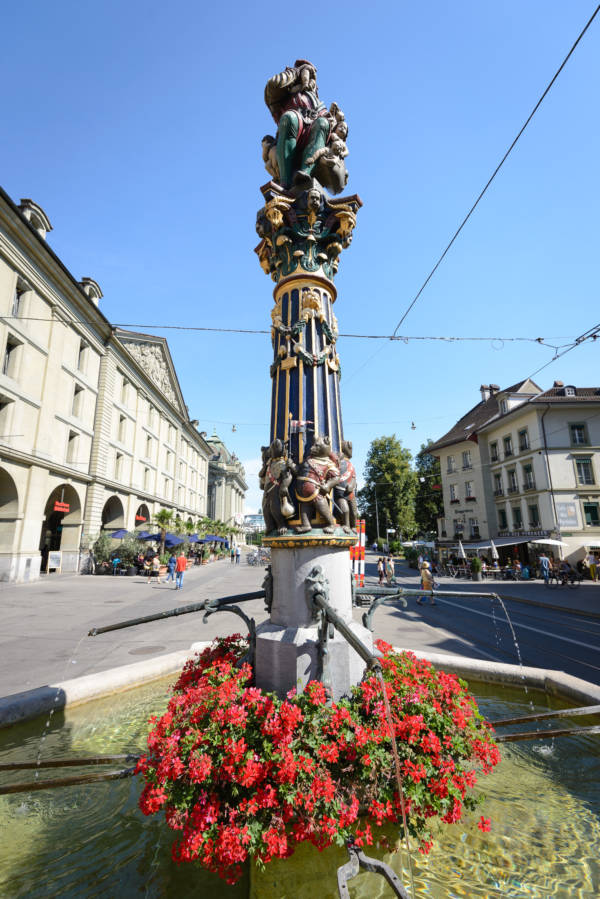 Kindlifresserbrunnen may also be a depiction of the older brother of Duke Berchtold, the founder of Bern. It is said that Berchtold’s older brother was driven mad because he felt he was constantly upstaged by his little brother.

According to myth, this resentment drove him insane and drove him into a rage where he collected and ate the town’s children.

Lastly, many historians believe that the Kindlifresserbrunnen merely depicts a kind of bogeyman meant to scare children into behaving. Due to his resemblance to the mythical creature, many believe he is associated with the Central European myth of the Krampus.

Krampus is a half-goat, half-demon companion of Santa Claus who devours naughty children.

Others believe he is a separate bogeyman, associated with the Swiss Fasnacht festival that signals the beginning of Lent.

Whatever the reasons behind this bizarre fixture, this imposing statue is now a landmark in the city of Bern and is not going anywhere anytime soon.