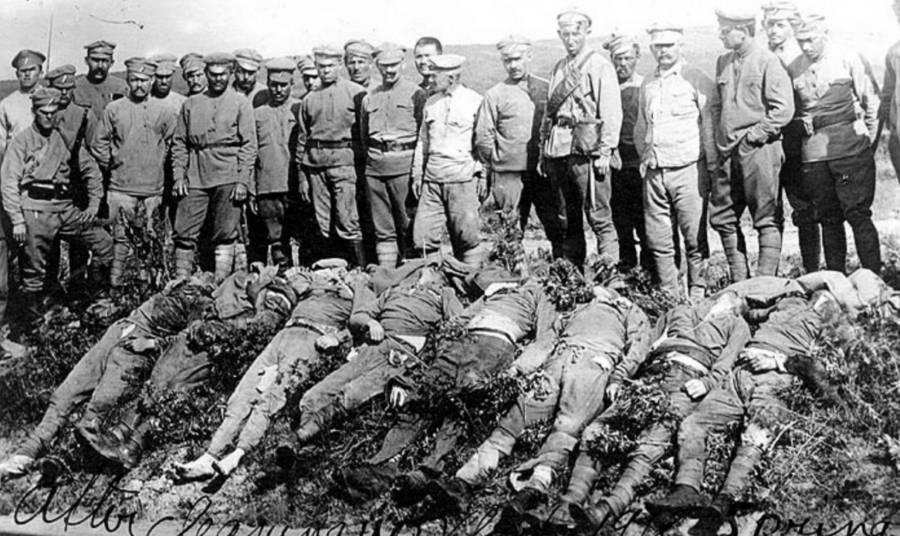 As late as 1863, President Lincoln worried about the possibility of British intervention in the Civil War. The British Prime Minister, Lord Palmerston, openly supported the Confederacy, and the British Empire was put out by the Union blockade and the consequent shortfall in cotton for Britain’s mills. Almost until Gettysburg, there was a real risk that the British might have interceded as a “peacekeeping” force, blocked the hostilities, and permanently split the United States.

Such a move would have been catastrophic for America. Instead of a final victory, in which a totally defeated Confederacy stopped fighting and rejoined the Union, foreign intervention could have prolonged the war by artificially propping up the rebellion. The war might never have ended under those conditions.

Such was nearly the case in Russia’s civil war, which saw British and American troops invading the country to support the government and crush the Bolshevik Revolution in its cradle. 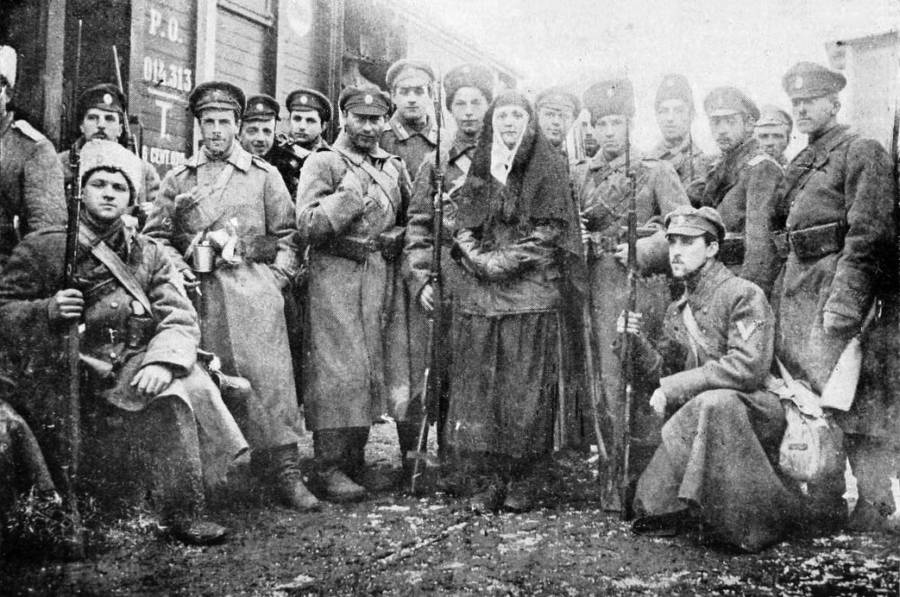 Russia went through not just one, but two revolutions in 1917. The first was a moderate socialist uprising in February that installed Alexander Kerensky as head of state. In November of that year, his government was deposed by Vladimir Lenin’s Bolshevik faction, which promised to immediately end Russia’s involvement in the increasingly unpopular World War I, which Kerensky had pledged to continue.

The Bolsheviks seized power and immediately moved for peace with Germany. Before the ink dried on that treaty, however, Lenin was fighting on multiple fronts against Kerensky’s “White” army — made up of monarchists, conservatives, and moderates — which was grabbing territory in the south and calling for foreign support to put down Lenin’s communist “Reds.” 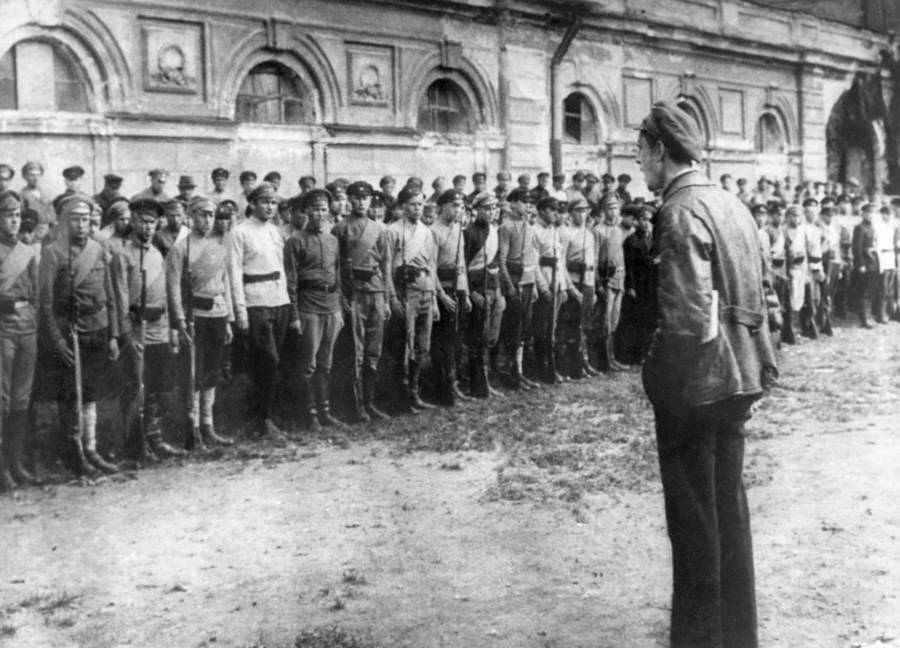 OFF/AFP/Getty ImagesA propagandist delivers a speech to soldiers of the Red Army, June 1920.

Faced with collapse of Allied forces on the Eastern Front of World War I, and fearing the spread of communism to their own people, ten countries plunged into Russia’s own civil war on behalf of the Whites, including the United States and Britain.

Western intervention in the Russian civil war was all over the map from the beginning.

In August 1917, Kerensky’s handpicked defense minister, Lavr Kornilov, tried to depose him in a coup. He was supported by a British armored car squadron, in Russian uniforms, commanded by the British military attaché, General Alfred Knox. The attempt failed, and after Lenin’s takeover the British turned to cajoling their allies into direct invasion.

In the summer of 1918, more than 13,000 American troops invaded Russia – 8,000 landing in Vladivostok and the other 5,000 on the other side of the country at Arkhangelsk – to secure supplies and transport routes. They were joined by 70,000 Japanese troops invading Siberia to establish a buffer state, and an Anglo-Canadian force attacking the Baltic states. 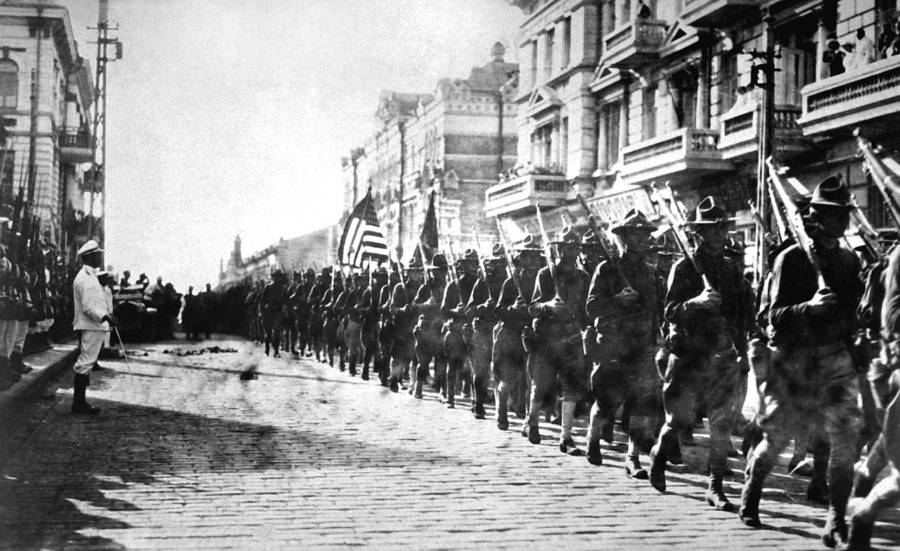 These international troops joined White forces in almost four years of fighting across Russia, accompanied by famine and disease, all of which would claim nearly 10 million lives, most of them civilian. In the end, all foreign participants were expelled and the counterrevolutionary Whites killed or exiled by the triumphant communists (though the last Siberian holdouts were offering resistance as late as 1934).

The American role in prolonging the war was one major reason that the Soviet Union — formed in 1922, upon the war’s end — never trusted the United States again, and America’s failure to apologize or pay reparations for the attack exacerbated tensions during the Cold War.