Discover the true story of Clint Eastwood's "The Mule" with this look at Leo Sharp, an 87-year-old drug trafficker for the Sinaloa Cartel.

There were a dozen unmarked cars waiting for Leo Sharp, planted across a 70-mile stretch of Michigan’s I-94 on October 21, 2011, monitoring his every move.

It was an incredible amount of manpower to catch just one man, but this was no ordinary criminal. Leo Sharp was the Sinaloa Cartel’s most effective mule. 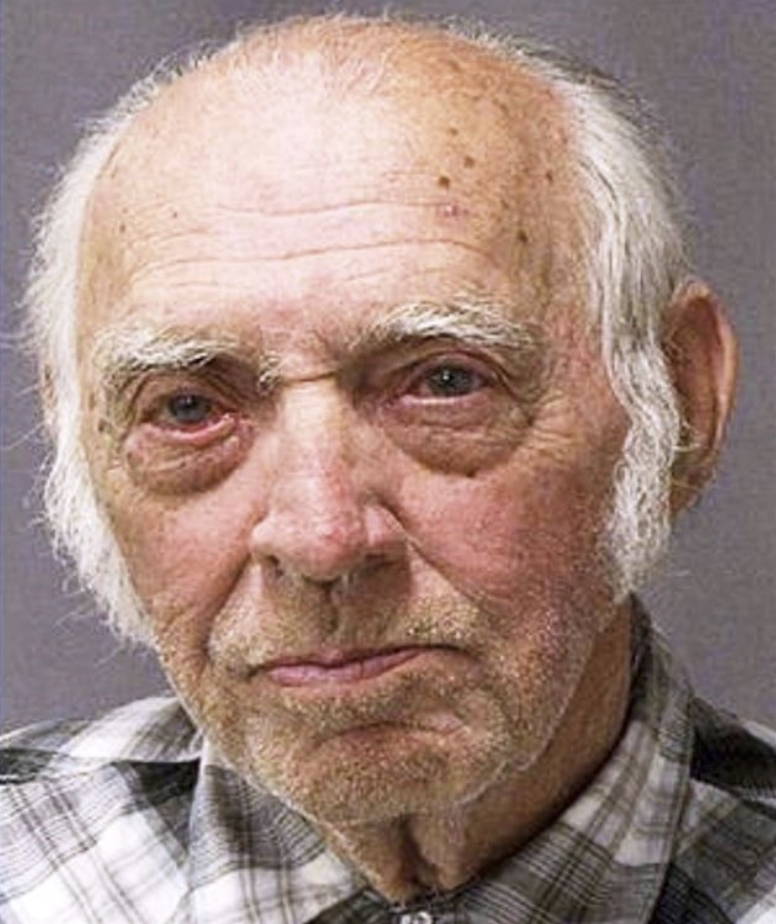 Wikimedia CommonsLeo Sharp poses for a mugshot following his arrest for drug trafficking charges in 2011.

Sharp carted between 450 and 550 pounds of cocaine into his home state of Michigan each month. He was worth a fortune to El Chapo‘s Mexican drug cartel; he sent more than $2 million back into their hands each month.

He was a legend among drug dealers, the man they called “Tata”, or “grandfather” — after all, Leo Sharp was 87 years old. 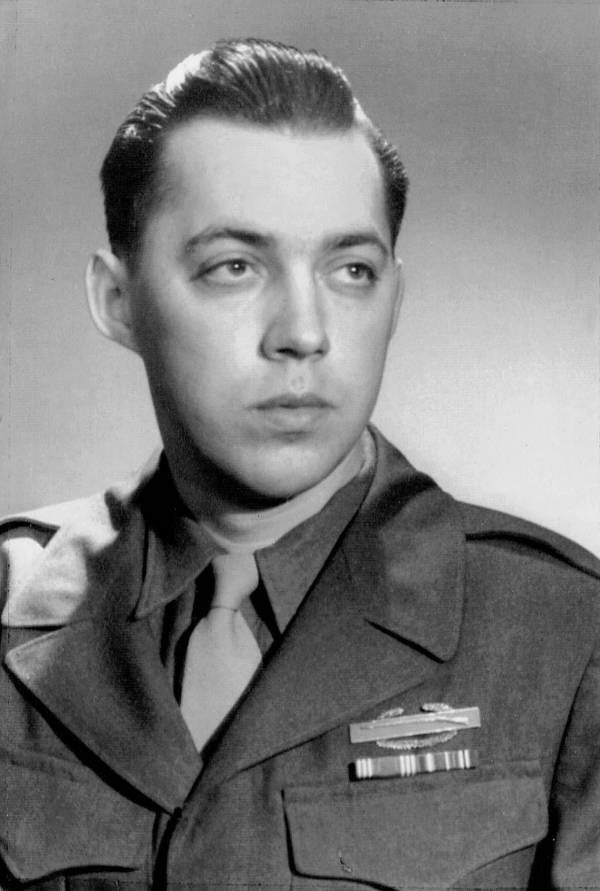 Long before he was a drug trafficker, Leo Sharp (born in Indiana in 1924) was a war hero, a veteran of World War II decorated with a Bronze Star Medal for fighting in one of the most brutal battles of the Italian campaign.

Afterward, he’d settled into an honest career as one of the world’s most respected horticulturists. Sharp specialized in daylilies and maintained a farm in which he’d hybridize new breeds of the flowers.

180 new types of daylilies have been registered to his name, many of which have won awards in international competitions. There was a whole strand of flowers named in his honor: a beautiful purple-pink flower called Siloam Leo Sharp.

His flowers even grew in the White House. During the Presidency of George H. W. Bush, Sharp was invited to plant his daylilies in the Rose Garden. 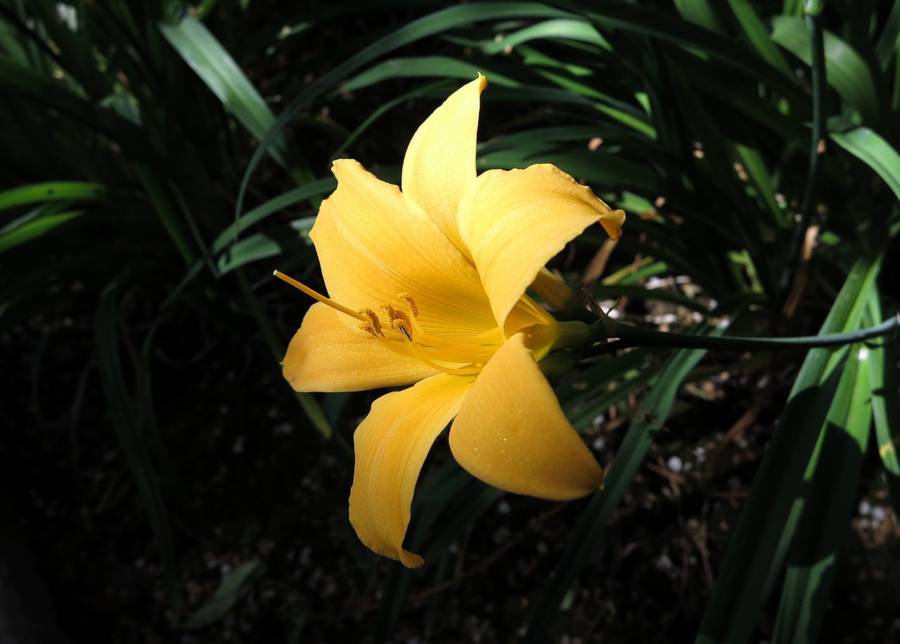 But the flower business changed with the new millennium and the aging Sharp struggled to keep up with the changes. Flower traders went online, but Sharp was too old to learn his way around a computer.

He kept trying to sell his unique breeds of daylilies through mail-order catalogs that increasingly found their way into peoples’ waste bins, and soon, Sharp’s business was falling apart.

He was going to lose the flower farm. There was no way around it. His business was in the red and his doctor was convinced he’d live to be 100. That meant he’d be alive long enough to watch his flowers be sold away and his life’s work get crushed while spending his last years as a penniless burden on his family.

And so, when a seasonal laborer on his farm offered Leo Sharp a way to make money, he couldn’t turn it down.

It seemed simple enough. All he had to do was drive down to Arizona, let them fill his pickup truck with packages, and drop them off back in Michigan.

Nobody would pull over an old man, a great-grandfather, they assured him. Nobody would ask questions. And he’d earn enough money to keep daylilies in bloom. 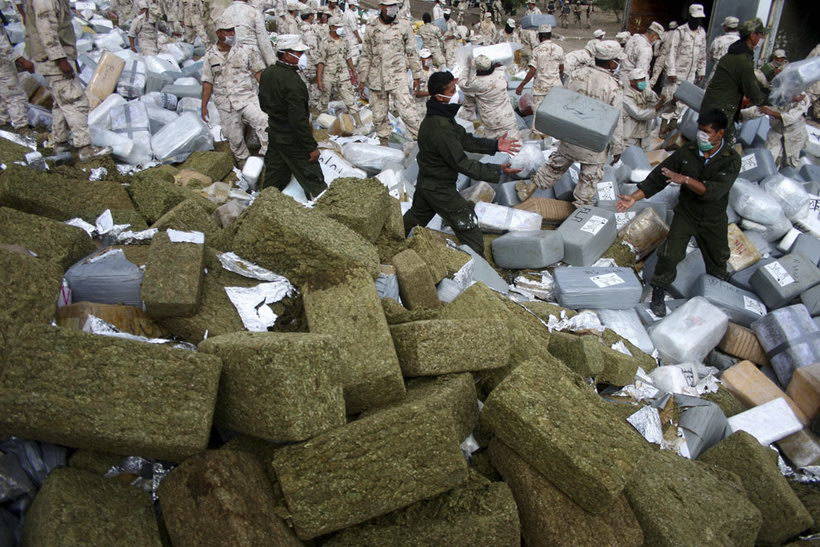 “Leo is the perfect courier for the cartel,” D.E.A. Special Agent Jeremy Fitch admitted after Sharp was caught. “He has a legitimate ID, he’s an older guy, he wouldn’t be pegged as a drug runner and he has no criminal history.”

The Sinaloa Cartel saw that too and they quickly began to trust Sharp more and more. After a quick test run, they began loading his truck up with hundreds of kilograms of cocaine at a time and trusting him to move millions of dollars by himself.

Sharp knew what he was doing. He’d earned a great deal of trust from the cartel. While other drug couriers were kept from ever seeing the men who loaded their vehicles and forbidden from looking at the supply inside, Sharp drove right into the drug houses and chatted it up with Cartel members like they were old friends.

In some cases, they were. Sharp certainly struck up a friendship with Viejo, the cartel’s head of Detroit distribution. The two even vacationed together in Hawaii.

Leo Sharp was good at what he did. He was the last person anyone would ever suspect of being a drug mule, and so he could drive all the way around the country, dropping off shipments in Chicago, Boston, and Detroit in a single trip, without ever getting pulled over.

For a decade in the 2000s, Sharp shipped drugs around the country, sometimes earning as much as $1 million in a single year.

And his daylily business boomed as well. Now, with the resources to make it thrive, he had the freedom to take his flowers on tour.

Buses would stop at his flower farm, filled with tourists eager to see Leo Sharp’s award-winning daylilies. None of those people had any idea that they were visiting the home of one of El Chapo’s best drug mules. 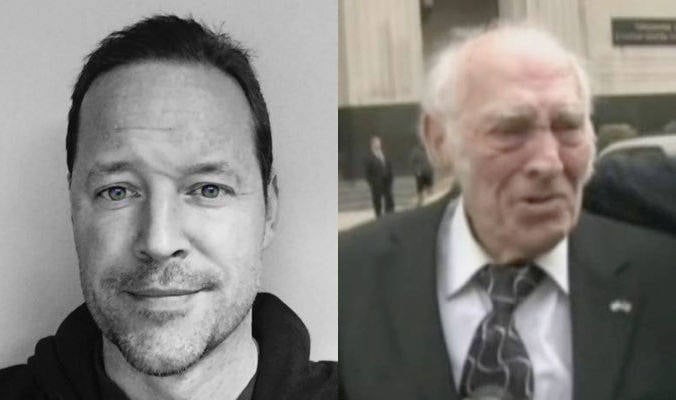 In the end, it was a D.E.A. Special Agent named Jeff Moore who found Leo Sharp. He’d busted a small-time dealer carrying 2 kg of cocaine, and he’d pressed him to talk until he’d led him to Ramon Ramos, the bookkeeper for the Sinaloa Cartel.

Ramos cracked. He offered to tell the D.E.A. everything he knew if they’d give him protection and soon he was taking them to the scenes of pickups where more than $2 million changed hands.

At first, Moore was sure he was watching a once-in-a-lifetime drug trade, but this, Ramos assured him, was routine business for the cartel. Their best courier, the man known only as “Tata,” moved enough drugs to bring them $2 million in cash on his own every month.

On September 17, 2011, Ramos agreed to wear a hidden camera and Moore got his first glimpse of Leo Sharp – the man he knew as “Tata.”

He’d been warned that Sharp was 87 years old, but nothing prepared for the sight of this man who looked more like someone’s grandfather than a drug lord.

By then, Sharp had dementia as well. Through wiretaps, the D.E.A. heard Viejo joke that, a few minutes after the two had talked, Sharp had called him back asking him to remind him what he’d said.

During one drug run, Sharp had gotten confused by the streets of Detroit and had to have his contact meet up with him and guide him through the city. And cartel members were complaining that Sharp was getting “testy” in his old age.

Still, Leo Sharp was a funnel sending a sea of cocaine into Michigan. And for law enforcement, whether he was old or not, he had to be stopped.

The Trial Of Leo Sharp

On October 21, 2011, the police pretended they were pulling Sharp over for a routine traffic stop. Sharp immediately got out of his car, staggering toward the officer and demanding, “What’s going on, officer? At age 87, I want to know why I’m being stopped.”

He seemed legitimately confused. He had to cup his ear to hear what the officer was saying. He said he didn’t know what day it was, and when they asked him for his registration, he rambled incoherently as he struggled to find his wallet.

But when they sent a drug dog to inspect his truck, they found five duffel bags carrying a total of 104 kg of cocaine in the back.

Sharp crumpled up on the spot. “Why don’t you just kill me,” he muttered, as the police opened the bags. “Let me, just, leave the planet.”

Instead, of course, Leo Sharp had to stand trial. His lawyer tried to present him as an old man with dementia, manipulated into being a drug mule at gunpoint.

It was partially true. By the time they caught Sharp, he did have dementia, and it was plain for anyone to see. He spent his time in the courtroom showing officers pictures of his family that he kept in his wallet, and when they questioned him, he had to lean close and ask the judge to repeat himself over and over again.

But the police had pictures of Sharp and Viejo together on vacation. They had proof he’d been doing this for a decade or more. Sharp hadn’t been forced into this. He’d made his own choice.

Nevertheless, Sharp begged to stay out of prison. He offered to make up for what he’d done by growing Hawaiian papayas for the people of the United States. “It’s so sweet and delicious,” he told the judge. “People on the mainland will love it.”

The judge refused and Leo Sharp was sentenced to three years in prison. For a 90-year-old man, it was a life sentence.

The True Story Of The Mule

The trailer for Clint Eastwood’s film The Mule, based on the story of Leo Sharp.

Now, the story of Leo Sharp will reach a wider audience than ever before thanks to Clint Eastwood’s film The Mule. Eastwood treats Sharp as a sort of antihero, a regret-stricken man struggling to get out of the business, caught while making one last run.

The real Leo Sharp, however, didn’t show quite so much regret. When the judge handed down his sentence, Sharp said: “I’m really heartbroken I did what I did, but it’s done” – but that single, polite statement was about the extent of his remorse.

“All God’s plants that cheer people up are created for a purpose: to take depressed peoples’ minds and make them feel good,” Sharp told a reporter at another time. As far as he was concerned, delivering cocaine was no different from delivering daylilies. He was sharing a plant that made people feel good.

What troubled him wasn’t, as the prosecution put it, the “amount of wrecked lives” his drugs had created. It was the thought of spending his last years in prison.

“I won’t live in a toilet with bars,” Leo Sharp told ABC. “I’m going to get a goddamn gun and shoot myself in the mouth or the ear, one or the other.”

He didn’t go through with his promise. Sharp went to prison, though he only served a year of his sentence before he was pulled out because of a terminal illness. He died in Dec. 2016, shortly after being released, at the age of 92.

The daylilies are gone. Today, Leo Sharp’s farm lies empty. Nothing but bare patches of brown dirt remain in what was once a brightly colored field of flowers, bursting in full bloom.

After this look at Leo Sharp and the true story behind The Mule, learn more about El Chapo, the kingpin behind the Sinaloa Cartel, or learn the story of George Jung, the drug smuggler who inspired “Blow”.