How The Welfare State Helped Make America What It Is Today 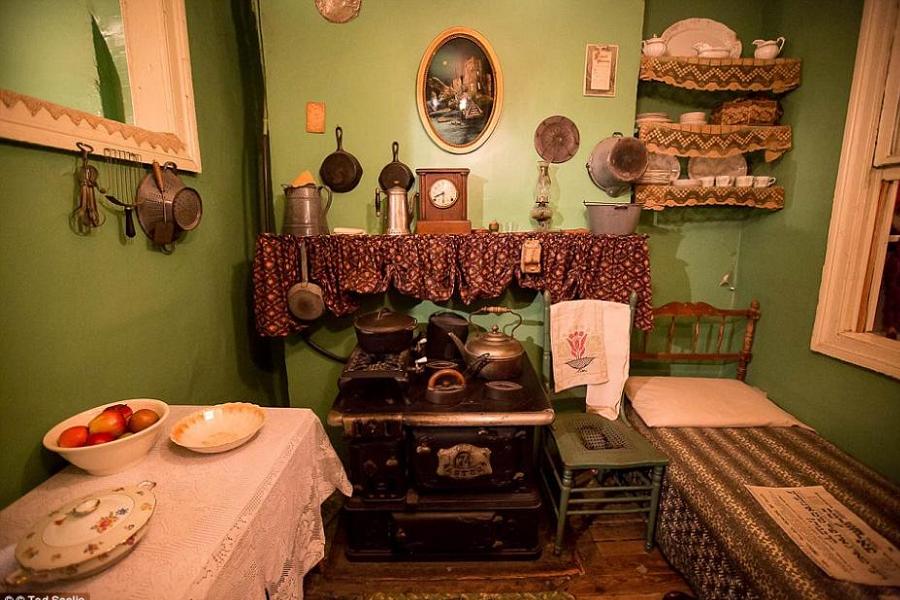 Tenement MuseumThe restored tenement at 97 Orchard Street in Manhattan is now a museum, but it once housed 7,000 immigrants — mostly Germans, Irish, and Eastern European Jews — in 13-foot-wide studios.

The Housing Act of 1937 established a number of provisions for building and expanding residential properties in the United States, and these provisions would heavily influence the suburban boom of the postwar years.

Section 8 of the act describes a subsidy to support low-income housing, which would heavily influence how the poor live for the next 80 years (and counting).

The Section 8 program issues vouchers to families in need — primarily those with children who need a place to stay — and picks up a portion of the rent for 2 million families nationwide. This benefit allows people who make less than the median income for their area to rent, and sometimes buy, adequate homes in nicer neighborhoods than they could otherwise afford.

The money usually gets paid directly to the landlord or property management company, and it comes with a lot of strings attached for housing quality and safety, backed up with regular inspections. A low-income family on Section 8 is theoretically able to live in the same safe neighborhoods and high-quality school districts as middle class families.

Before Section 8, and for quite a while after, the urban poor lived heaped on top of each other inside of slum tenements. These rickety firetraps were the stuff of legend, with perhaps a dozen people sleeping on the floor of a single bedroom, unable to paint, remodel, or in any way improve their surroundings.

Crime in tenements was out of control and barely noticed by police who avoided these buildings like the plague. Speaking of which, late-19th century tenements in New York, New Jersey, and Boston were incubators for every disease imaginable, from cholera to typhus and yellow fever. The properties were often poorly ventilated wrecks – with air shafts clogged by garbage and rotting kitchen waste – that slumlords bought up as a get-rich-quick scheme, so making improvements or keeping up with normal maintenance was out of the question.

The tenants, who were mostly recent immigrants, faced eviction if they were even a few days short with rent, which was often paid weekly. Federally subsidized housing may not have made anybody rich, but from the perspectives of public health, crime, and general human dignity, Section 8 was a lifesaver.