Did This 17-Year-Old Girl Really Strike Out Babe Ruth?

How a teenager named Jackie Mitchell struck out two of baseball's greats and why her story has historians puzzled. 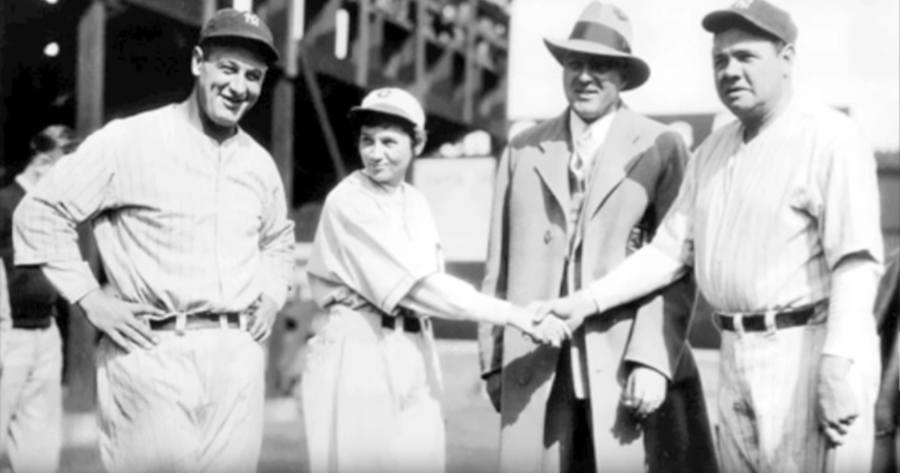 Jackie Mitchell knew that her presence on the mound was something of a spectacle.

Wearing a too-big Chattanooga Lookouts uniform that billowed around her small frame, the 17-year-old pitcher would powder her nose for the cameras before stepping under the stadium’s bright lights.

The press ate it up, snapping photos and writing that “the curves won’t all be on the ball” in this game.

With all the attention, Mitchell probably realized her baseball contract — one of the first ever offered to a woman — was partly intended as a publicity stunt. But there’s no question that her talent was real.

And up until the day she died, Mitchell insisted that the game on April 2, 1931 — the game when she struck out Babe Ruth and Lou Gehrig — was real, too. 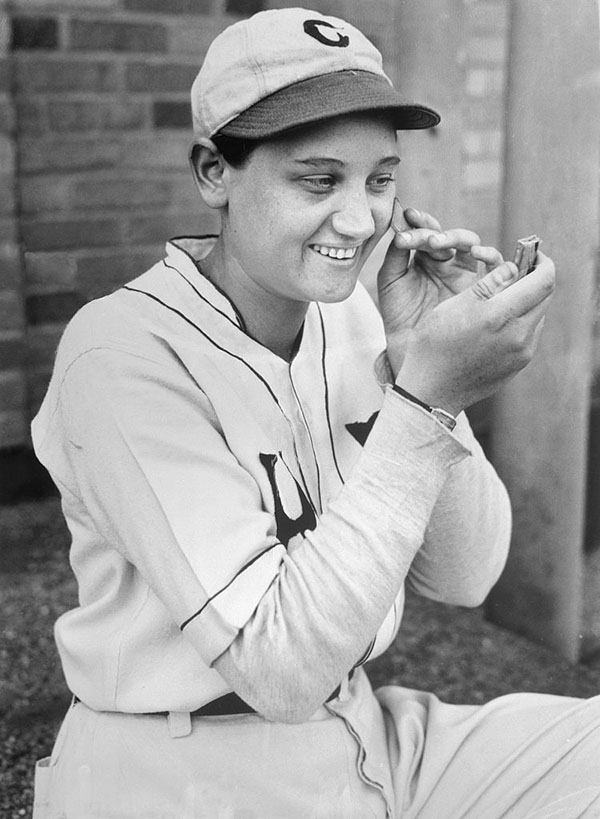 Growing up in Memphis, Mitchell had been taught to pitch by her neighbor, Charles Arthur Vance. Vance, better known as “Dazzy,” would go on to become the only pitcher to ever lead the National League in strikeouts for seven seasons in a row.

After moving to Chattanooga, Mitchell’s curveball caught the eye of Joe Engel. The manager of the Lookouts, Engel was well-known for his eccentric promotional style. He put on ostrich races, raffled off a house to a lucky ticket-holder, and once traded a shortstop for a 25-pound turkey. The week before the Yankees’ were scheduled to come to town, Engel signed Mitchell.

Some 4,000 fans showed up to Engel Stadium on that cloudy day in April when the Yankees came to town. And after the Lookouts’ regular pitcher surrendered two hits, Mitchell was sent to the mound.

Babe Ruth stepped up to the plate.

The first pitch was a sinker, and Ruth let it slide by for a ball. At the next two, though, The Sultan of the Swat swung wildly, missing “the ball by a foot.” He even asked the umpire to inspect the ball for tampering.

The third pitch came just inside the box. Strike three.

Ruth theatrically threw his bat down before yielding the batter’s box to the world’s second most iconic hitter, Lou Gehrig. Gehrig swung at every pitch Mitchell threw and missed them all. 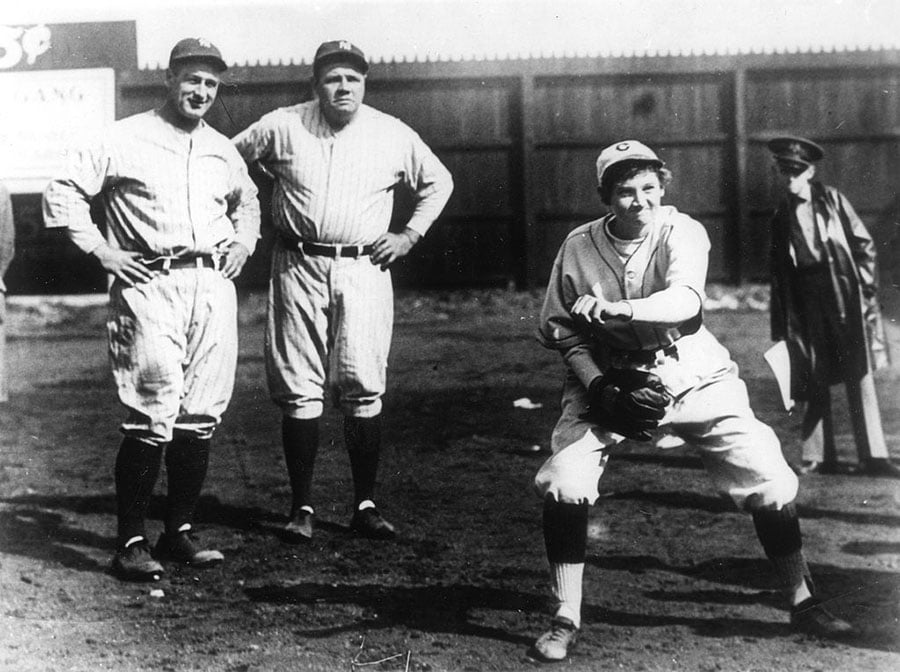 Mitchell walked the next batter and was taken out of the game. The Lookouts went on to lose 4-14 and Mitchell’s contract was terminated a few weeks later.

In spite of that, Jackie Mitchell kept playing in the minor league. She signed with an odd team named House of David — an assemblage of bearded, long-haired men who were members of a religious colony in Michigan.

The team — strange though they were — was talented. Mitchell played with them for five years, once leading them to victory against the St. Louis Cardinals. She retired in 1937, taking a job in her father’s optical business.

Even so, the five-foot-eight teenager’s besting of two of the sport’s greats made headlines across the country. “The prospect grows gloomier for misogynists,” wrote The New York Times.

Ever since, the game has been spoken about with tentative skepticism. Baseball historians and fans alike question whether the incident had been a preplanned stunt. The game had been initially scheduled for April Fool’s Day, after all. The switch to April 2 was made due to rain.

And putting gender aside, it still seems unlikely that a new minor league player could use seven quick pitches to strike out the world’s best players, one after the other. Especially when that player was working for someone as notoriously unconventional as Joe Engel.

But neither Ruth nor Gehring ever admitted to whiffing on purpose. And their Yankees teammate Lefty Gomez claimed that the team’s manager was much too competitive to have ever instructed players to miss.

Perhaps the men felt like having some friendly fun, agreeing beforehand to give the girl a moment to treasure. It certainly did nothing to hurt their legacies.

Or maybe, just maybe, the heavy-set legends tried their hardest and got beat. Maybe the pitches, likely slower and softer than what the men were accustomed to, landed in the catcher’s mitt with an honest, surprising, and well-deserved thump.

“Why, hell, they were trying, damn right,” she said 56 years later. “Hell, better hitters than them couldn’t hit me. Why should they’ve been any different?”