Lili Elbe was born Einar Wegener, and spent her entire life trying to choose between the man she was born as and the woman she wanted to become. 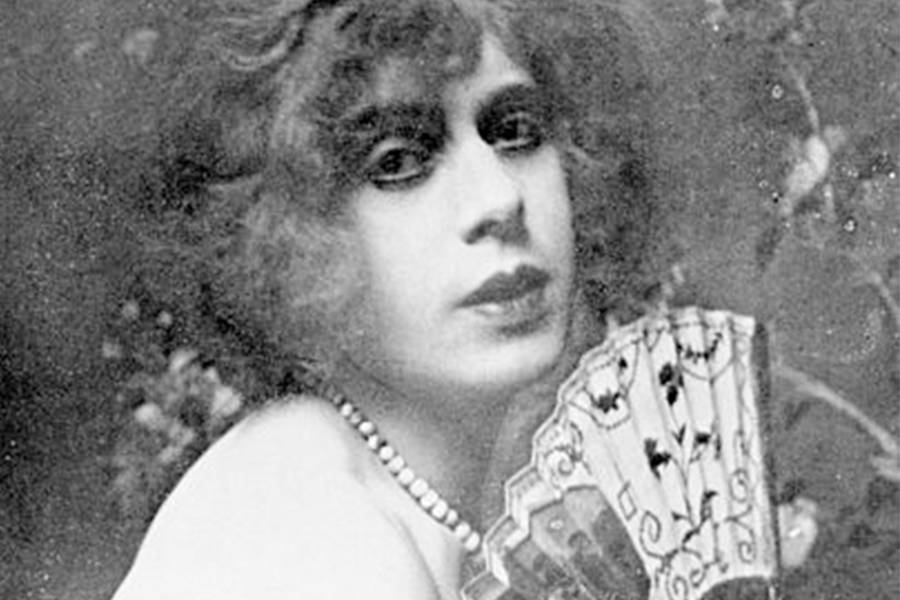 Einar Wegener didn’t know how unhappy he was in his own skin until he met Lili Elbe.

Lili was carefree and wild, a “thoughtless, flighty, very superficially-minded woman,” who despite her womanly ways, opened Einar’s mind to the life he never knew he was missing.

Einar met Lili shortly after marrying his wife, Gerda, in 1904. Gerda Wegener was a gifted painter and illustrator who drew Art Deco style portraits of women dressed in lavish gowns and interesting ensembles for fashion magazines.

The Death Of Einar Wegener And The Birth Of Lili Elbe

During one of her sessions, a model whom she had intended to draw failed to show up, so a friend of hers, an actress named Anna Larsen, suggested Einar sit for her instead.

Einar initially refused but at the insistence of his wife, at a loss for a model and delighted to dress him in costume, he consented. As he sat and posed for his wife, dressed in a ballerina costume of satin and lace, Larsen remarked at how good he looked.

“We’ll call you Lili,” she said. And Lili Elbe was born. 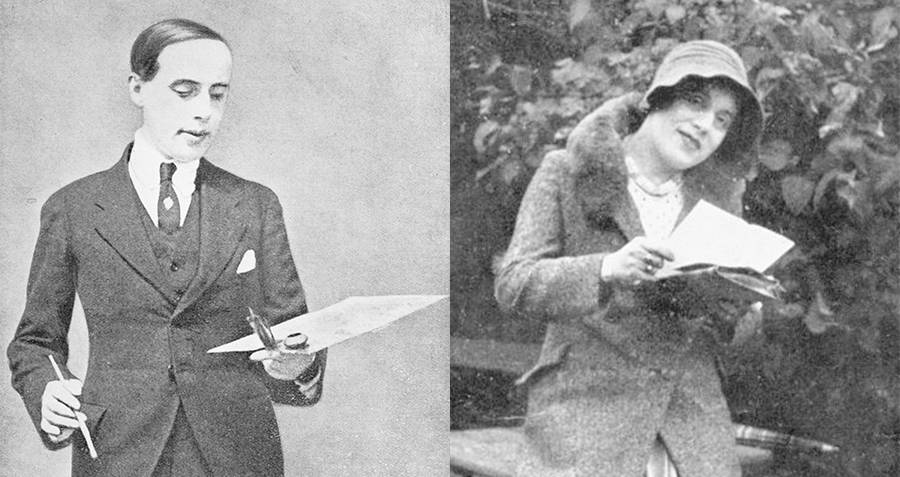 For the next 25 years, Einar would no longer feel an individual, like a sole man, but like two people trapped in a single body fighting for dominance. One of them Einar Wegener, a landscape painter and a man devoted to his headstrong wife. The other, Lili Elbe, a carefree woman whose only wish was to bear a child.

Eventually, Einar Wegener would give way to Lili Elbe, the woman he always felt he was meant to be, who would go on to become the first person to undergo the new and experimental gender reassignment surgery and pave the way for a new era of understanding of LGBT rights.

In her autobiography Lili: A Portrait of the First Sex Change, Elbe described the moment that Einar donned the ballerina outfit as the catalyst for her transformation.

“I cannot deny, strange as it may sound, that I enjoyed myself in this disguise,” she wrote. “I liked the feel of soft women’s clothing. I felt very much at home in them from the first moment.”

Whether she knew of her husband’s inner turmoil at the time or was simply enchanted by the idea of playing make-believe, Gerda encouraged Einar to dress as Lili when they went out. They would dress in expensive gowns and furs and attend balls and social events. They would tell people that Lili was Einar’s sister, visiting from out of town, a model whom Gerda was using for her illustrations.

Eventually, those closest to Elbe began to wonder whether or not Lili was an act or not, as she seemed far more comfortable as Lili Elbe than she ever had as Einar Wegener. Soon, Elbe confided in her wife that she felt she’d always been Lili and that Einar was gone.

Struggling To Become A Woman And A Pioneering Surgery 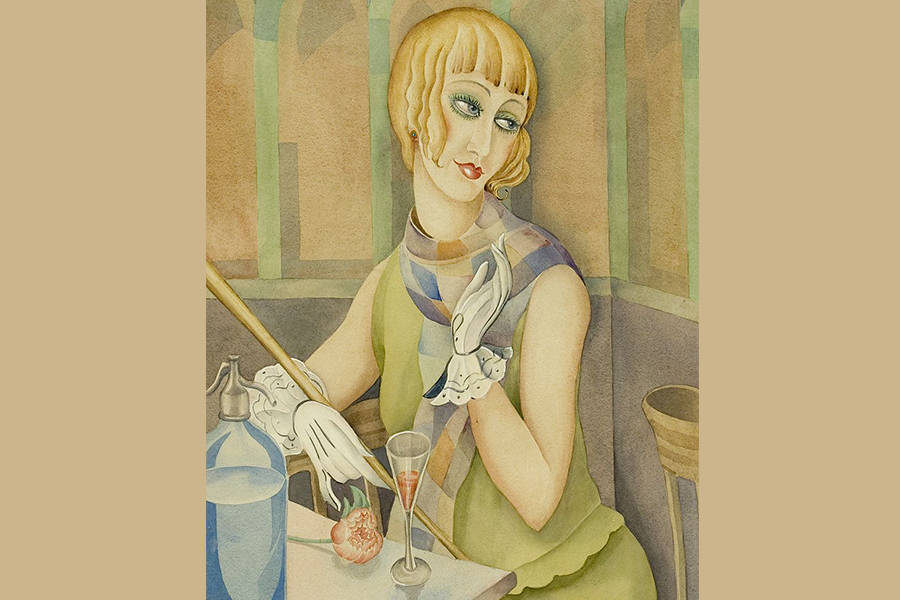 Despite the unconventionality of their union, Gerda remained by Elbe’s side, and over time became her biggest advocate. The couple moved to Paris where Elbe could live openly as a woman with less scrutiny than she had in Denmark. Gerda continued to paint, using Elbe as her model, and introducing her as her friend Lili rather than her husband Einar.

Life in Paris was far better than it ever had been in Denmark, but soon Lili Elbe found that her happiness had run out. Though her clothing depicted a woman, her body did not.

Without an outward appearance that matched the one inside, how could she truly live as a woman? Burdened by feelings that she couldn’t name, Elbe soon slipped into a deep depression.

In the pre-war world in which Lili Elbe lived, there was no concept of transgenderism. There was hardly even a concept of homosexuality, which was the closest thing she could think of to the way she felt, but still not enough.

For almost six years, Elbe lived in her depression, searching for someone who understood her feelings and was willing to help her. She considered suicide, and even choose a date that she would do it.

Then, in the early 1920s, a German doctor named Magnus Hirschfeld opened a clinic known as the German Institute for Sexual Science. At his institute, he claimed to be studying something called “transsexualism.” Finally, there was a word, a concept, for what Elbe felt. 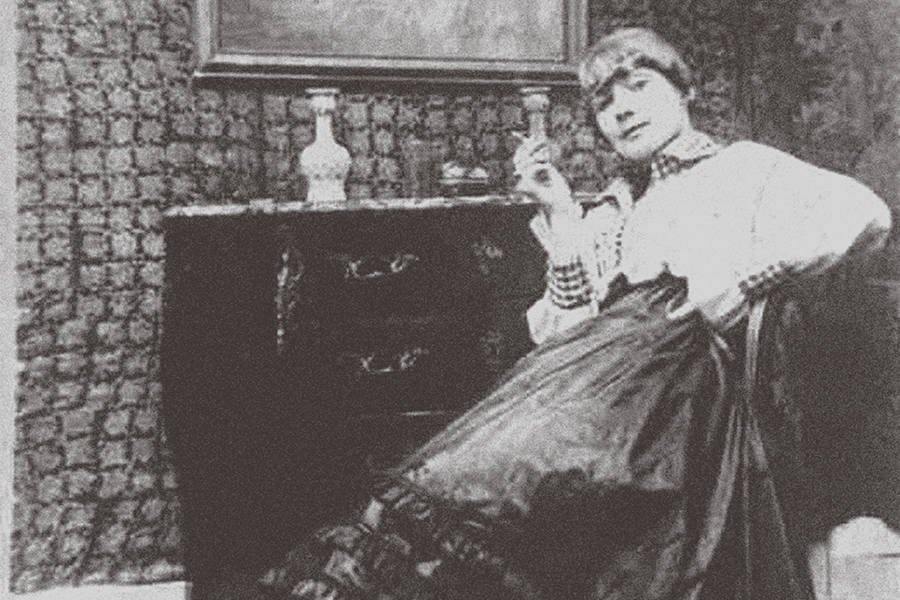 To further her excitement, Magnus had hypothesized a surgery that could permanently transform her body from male to female. Without a second thought, she relocated to Dresden, Germany to have the surgery performed.

Over the next two years, Lili Elbe underwent four major experimental surgeries, some of which were the first of their kind (one had been attempted in part once before). A surgical castration was performed first, followed by the transplantation of a pair of ovaries. A third, unspecified surgery took place shortly thereafter, though its exact purpose was never reported.

The medical procedures, if they were documented, remain unknown in their specifics today, as the library of the Institute for Sexual Research was destroyed by the Nazis in 1933.

The surgeries were revolutionary for their time, not only because it was the first time they’d been done, but because synthetic sex hormones were only in the very early, still mostly theoretical stages of development.

Following the first three surgeries, Lili Elbe was able to change her name legally, and obtain a passport that denoted her sex as female. She chose the name Elbe for her new surname after the river that flowed through the country of her rebirth.

However, because she was now a woman, the King of Denmark voided her marriage to Gerda. Due to Elbe’s new life, Gerda went her own way, determined to let Elbe live her life on her own. And indeed she did, living unencumbered by her warring personalities and eventually accepting a marriage proposal from an old friend. 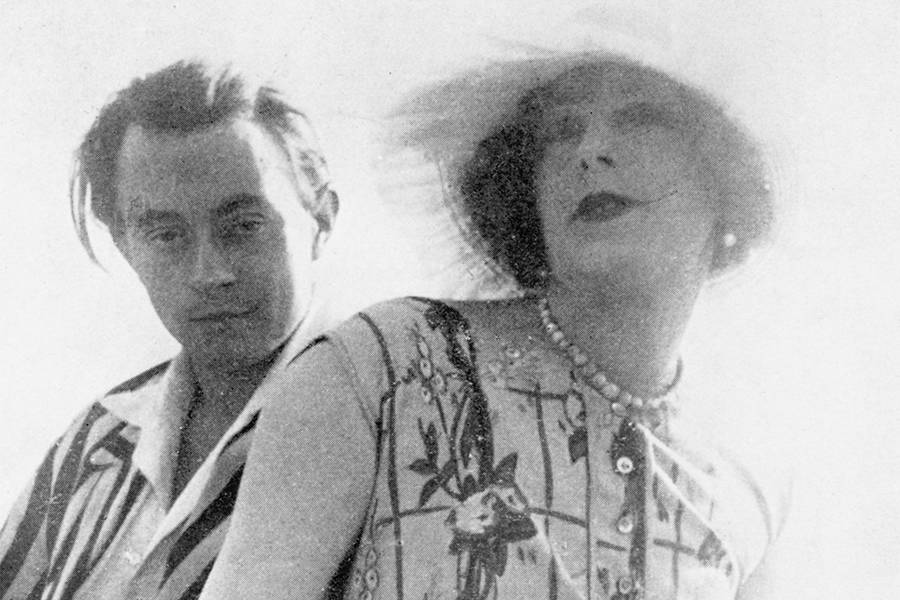 There was just one thing she needed to do before she could get married and start her life as a wife: her final surgery.

The most experimental and controversial of all, Elbe’s final surgery involved the transplantation of a uterus into her body, along with the construction of an artificial vagina. Though doctors now know that the surgery would never have been successful, Elbe hoped it would allow her to realize her dream of becoming a mother.

Unfortunately, her dreams were cut short. Following the surgery, she fell ill, as transplant rejection drugs were still 50 years from being perfected. Despite the knowledge that she would never recover from her illness, she penned letters to her family members, describing the happiness she felt after finally becoming the woman she’d always wanted to be.

“That I, Lili, am vital and have a right to life I have proved by living for 14 months,” she wrote in a letter to a friend. “It may be said that 14 months is not much, but they seem to me like a whole and happy human life.”

After learning about Einar Wegener’s transformation into Lili Elbe, read about the Joseph Merrick, the Elephant Man. Then, read about the transgender man who gave birth to a healthy baby.