While on a quest for revenge, Liver-Eating Johnson earned his gruesome nickname and struck fear into the hearts – and livers – of his enemies. 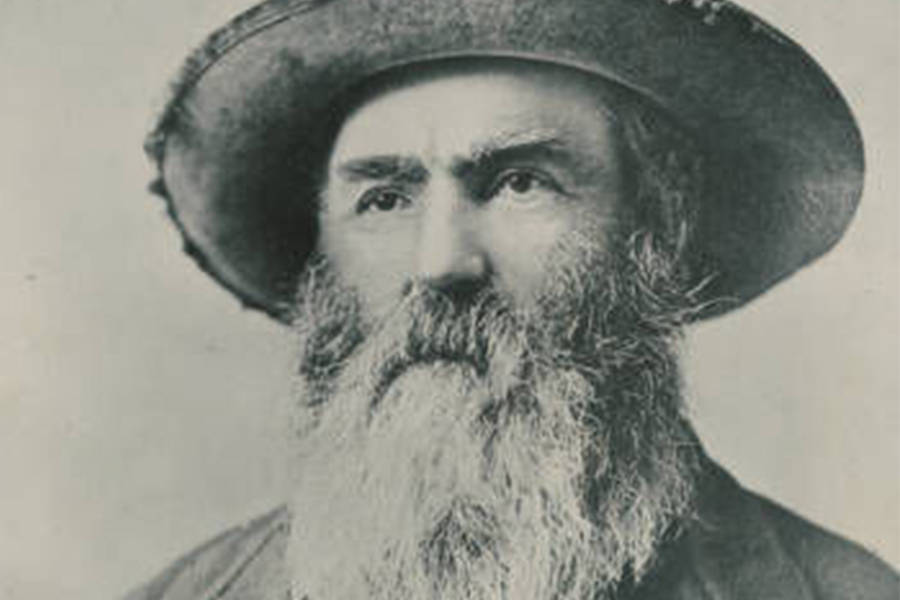 Before He Became Liver-Eating Johnson

According to legend, Liver-Eating Johnson was born in 1824 in Little York, New Jersey, though he didn’t live there long. At the dawn of the Mexican-American war, he left home to enlist in the Navy.

However, his stint as a sailor didn’t last long either. After striking an officer, whether on purpose or by accident, he fled the army and became a deserter. To throw the authorities off his scent, he changed his name to John Johnson (dropping the ‘t’) and moved out west, away from his roots and from anyone who would be looking for him.

Though he was fleeing from those who knew him, it’s hard to imagine a man like Liver-Eating Johnson blending in easily. He was about six feet tall and weighed 260 pounds with hardly any body fat. He put his considerable size and strength to work as a “woodhawk” supplying wood for steamboats to shipbuilders.

While out west in the Alder Gulch territory of Montana, Johnson met his future wife, who was a member of the Flathead Indian tribe. Together, they lived in a log cabin that Johnson built himself and his wife soon became pregnant. It seemed that finally, Johnson had a good life cut out for himself. 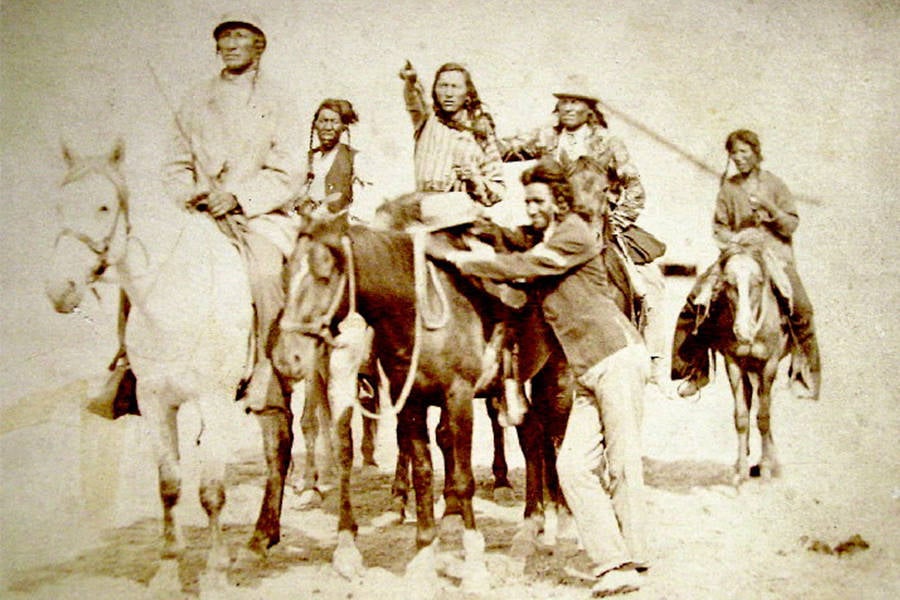 While he was out one day, a group of Crow Indian men attacked his home, killing his wife and burning his house to the ground. Blinded by rage, Johnson vowed to track down and kill each member of the Crow tribe in revenge.

Being as well equipped as he was, hunting and killing the Crow was easy for Liver-Eating Johnson, not to mention the root of his nickname. Not only did he hunt and kill the Crow, but he cut out each of the men’s livers and ate them.

The liver is especially important to the Crow people, as they believed it to be necessary to enter the afterlife. By taking the livers out and eating them, Liver-Eating Johnson wasn’t only viciously ending the Crow’s lives, but their perceived chance at the afterlife as well.

In all, legend has it that Johnson killed, scalped, and devoured the livers of over 300 Crow Indians. Before long, he was feared amongst all the tribes, not just the Crow, and even the mention of his name caused panic. 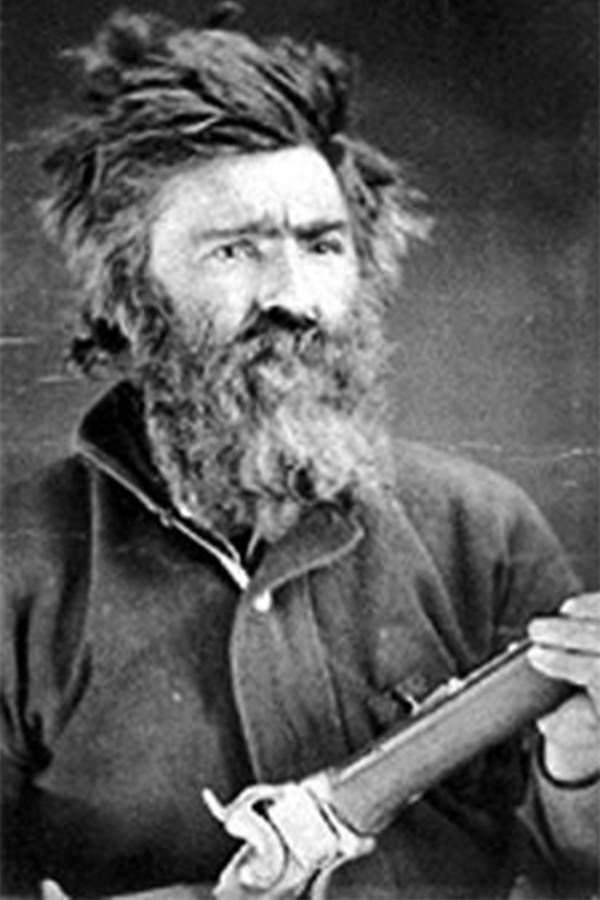 Rumor has it that while he was on his mission for vengeance, Liver-Eating Johnson was abducted by a group of Blackfoot Indian warriors who intended to sell him to the Crow.

They stripped him to the waist, tied him up with leather straps, and left him in a teepee with a guard until they could meet up with the Crow. Despite being tied up, Johnson managed to free himself and escape the teepee. After knocking out the guard, he scalped him and cut off one of his legs before fleeing into the woods, where he consumed the guard’s leg.

Miraculously, Johnson encountered an old trapping partner of his who helped him get home.

Some 25 years after setting out on his quest for revenge, Liver-Eating Johnson somehow set aside his thirst for blood and made peace with the Crow.

Some historians believe that part of their truce could have been due to the rising violence amongst the tribes. Thanks to the impending threat of war, tribes were banding together and forming alliances, and Johnson’s peace could have been a part of that.

After making peace with the Crow, Liver-Eating Johnson eventually moved on, joining the Company H, 2nd Colorado Cavalry of the Union Army in St. Louis in 1864 before being honorably discharged the following year. After his service, he moved to Coulson, Montana and was appointed deputy sheriff. Later he became the town marshal of Red Lodge, Montana.

Over the years he made a living in various ways, working as a sailor, soldier, hunter, trapper, builder, gold digger, whiskey peddler, and tour guide. Eventually, he ended up in a veterans home in Santa Monica, Calif. and was buried in a Los Angeles veterans cemetery on Jan. 21, 1900.

However, the tale of Liver-Eating Johnson didn’t end there.

In 1974, a group of 25 seventh-graders led a six-month campaign to have Johnson’s body moved from Los Angeles to Cody, Wyoming. 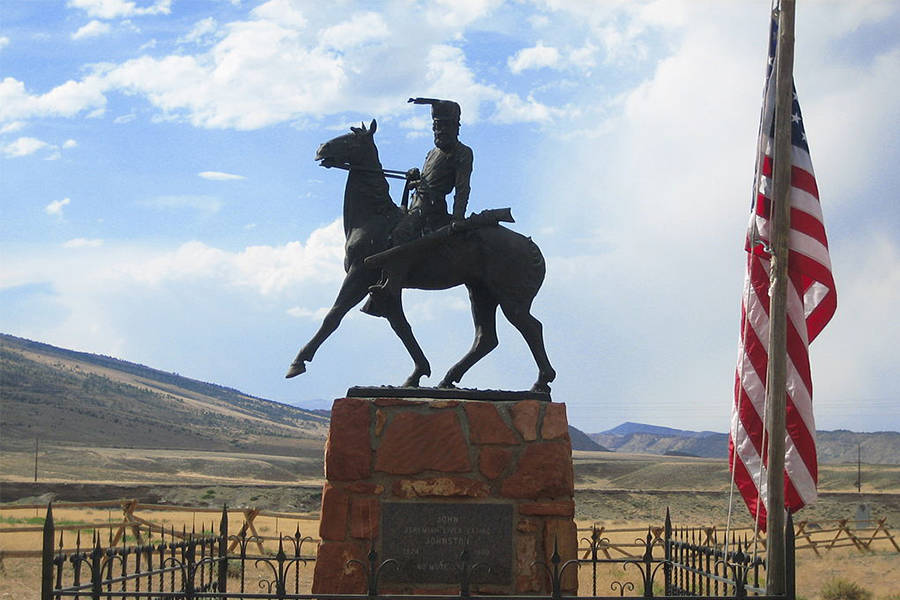 Wikimedia CommonsLiver-Eating Johnson’s grave marker, erected by the 25 seventh graders who pushed for his reinterment.

Their campaign was ultimately successful, and the students organized a disinterment and a reinterment ceremony. Actor Robert Redford, who played a fictionalized version of Liver-Eating Johnson in the movie Jeremiah Johnson, even acted as pallbearer for Johnson’s body during the reinterment.

Today, Liver-Eating Johnson remains in Cody, Wyoming, resting in the great Wild West where he made his living and earned his famous nickname.

After learning about how John Jeremiah Garrison Johnston earned his nickname of Liver-eating Johnson, check out the story of Buford Pusser, who set out on a famous quest for revenge. Then, read about Peter Freuchen, the Arctic explorer who might just be the most interesting man in history.