Inside The 1814 London Beer Flood That Killed Eight People

During the London Beer Flood, over 380,000 gallons of beer flowed out of the brewery at high speeds.

Eight people were killed, and countless others were injured when over 380,000 gallons of beer rushed through the streets. 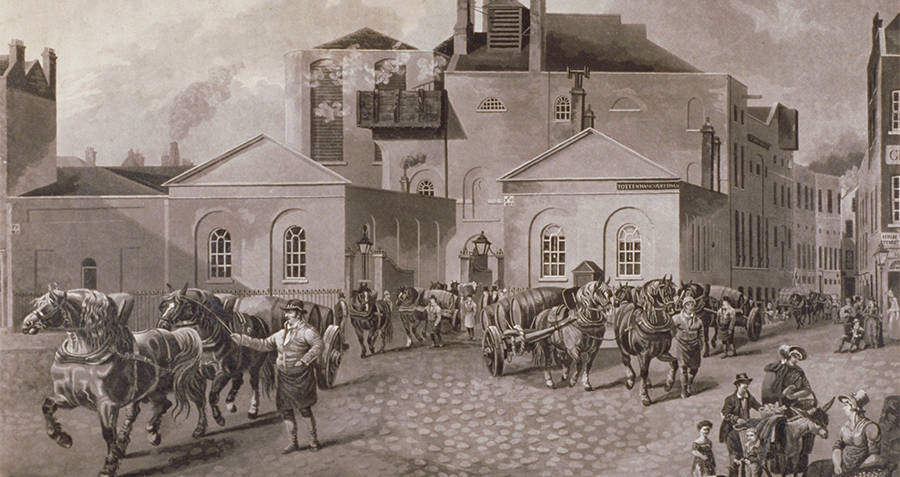 The London Beer Flood, as it came to be called, began at the Meux and Company Brewery on Tottenham Court Road. The brewery was home to the largest brewing vat that London had ever seen.

At 22 feet tall and 60 feet wide, it could hold 135,000 gallons. The tank was held together by 29 metal belts wrapped around the middle which helped hold the tank’s circular shape.

On October 17th, one of the belts snapped. Unable to hold the tank’s integrity on their own, the other 28 belts snapped as well, causing the circular central piece to unleash over a million pounds of beer.

The force of the liquid erupting from the large tank caused the other vats to collapse, resulting in over 380,000 gallons of beer to flow out of the brewery at high speeds.

Though the brewery was somewhat secluded, the area right in front of it was densely populated. The flash flood of beer flowed straight into the center of the area, known as St. Giles, causing mass chaos.

Some buildings were ripped from their foundations and completely destroyed. People were lifted off their feet and carried down through the streets in the beer. Eight died. 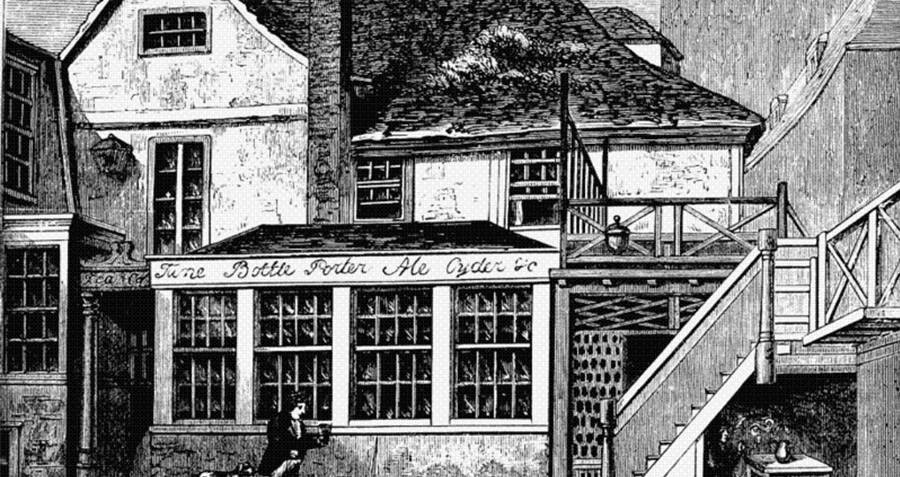 An employee of the Tavistock Arms, one of the destroyed buildings, was crushed under the rubble as the pub came down. A small girl and her friend were having tea outside their home when the floodwaters washed them away. Five others were killed after the building they were attending a wake in collapsed.

Then, almost as quickly as it began, the beer wave settled. However, as soon as it did, a new kind of chaos emerged.

Enthusiastic beer lovers took to the streets almost immediately, armed with pots, pans, kettles, and cups, all trying to salvage as much of the beer as they could. Those who couldn’t find any vessels used their bare hands or simply drank it off the road. The amount of people trying to get their hands on free beer was so large that rescue efforts for those stranded by the wave were impeded.

After several hours, the survivors of the London beer flood were rounded up and taken to the hospital. The cleanup, however, took much longer. According to reports, the smell of beer hung in the streets for weeks. The rubble was eventually cleared, but rebuilding took time and money. It is estimated that the brewery lost around £23,000 from the incident.

Eventually, Meux’s Horse Shoe Brewery went to court over the incident where they were found innocent. The brewery’s flood, the judge said, was nothing more than an “Act of God.”