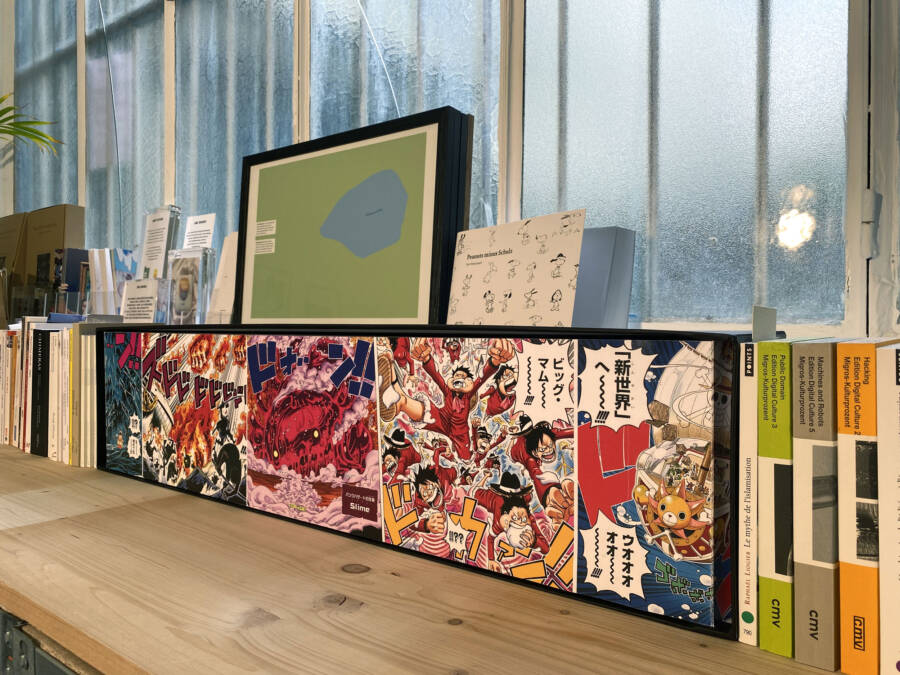 It’s official, the world’s longest book is here, and it comes in a whopping 21,450-page volume weighing 37.5 pounds. It also happens to be one of the world’s most popular manga.

As Artnet reported, the book is a compilation of every digitally released panel of Eiichiro Oda’s 25-year-old epic pirate series, now inconveniently bound in an outrageously large, single-volume edition thanks to the work of the conceptual artist, Ilan Manouach.

It is pretty much impossible to actually read the book from beginning to end, as one typically would, but apparently, that’s the point. Rather, Manouach explained, ONEPIECE is meant to be viewed as “sculptural material” and a display piece for dedicated fans of the serial.

Per Kotaku, Manouach’s website said, “ONEPIECE can only be contemplated as a materialization of digital comics’ very own media-saturated digital ecosystem. ONEPIECE exists only as an object of pure speculation.”

The book’s spine alone is 31.5 inches long, featuring full-color illustrated scenes from the manga and its protagonist, Monkey D. Luffy.

The art project, which comes only months after Guinness dubbed One Piece the most highly circulated comic in existence, was supported by Manouach’s Brussels-based nonprofit Echo Chamber and the French publisher JBE Books.

This past weekend, the art project was even publicly displayed at the Fiminco Foundation in Romainville, Paris, France, as part of the Multiple Art Days Fair.

Fifty signed copies of the book-sculpture were made available to the public — at a pricepoint of €1,900, or $1,893 — all of which were purchased within days of its September 7 release. 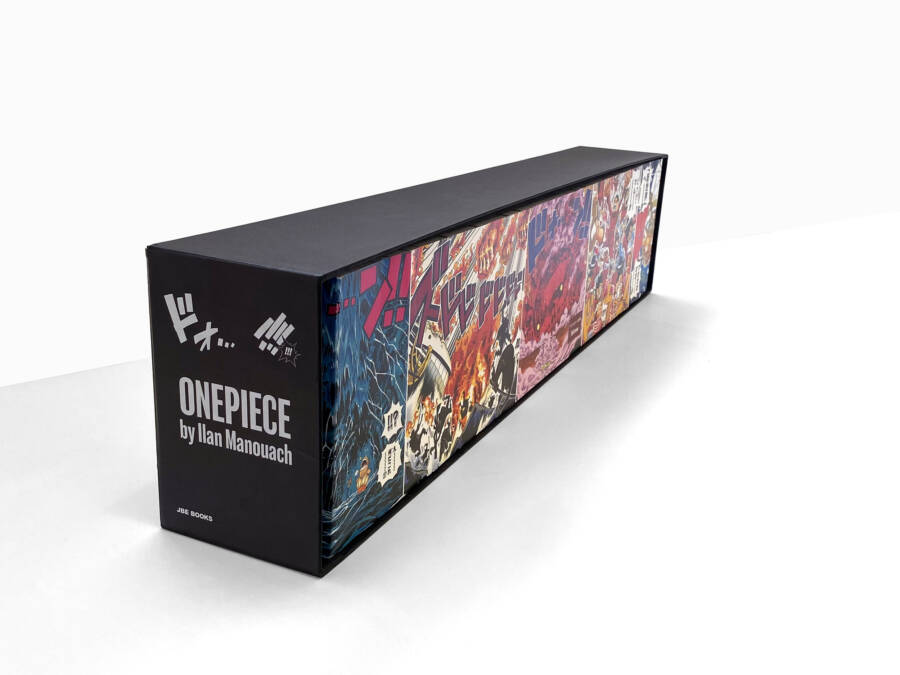 JBE BooksWhile the art piece is impressive to look at, it is technically incomplete as Oda’s manga series has yet to conclude.

Prior to the ONEPIECE project, Manouach was known for an art piece called Shapreader, designed for comic book readers with visual impairments and “built on a growing repertoire of tactile ideograms (tactigrams) that provide haptic equivalents for all the semantic features of a comics narrative.”

Manouach’s apparent goal with ONEPIECE was to highlight how comics can be both works of literature and pieces of merchandise, each with their own intrinsic value.

A JBE spokesperson told The Guardian that ONEPIECE is an “unreadable sculpture that takes the shape of a book — the largest one to date in page numbers and spine width – that materializes the ecosystem of online dissemination of comics.”

The publisher also referred to comics as “dual objects” with a specific “use value” for consumers and an “exchange value” for collectors.

“Ilan Manouach’s ONEPIECE proposes to shift the understanding of digital comics from a qualitative examination of the formal possibilities of digital comics to a quantitative reappraisal of ‘comics as Big Data,'” JBE’s spokesperson said. 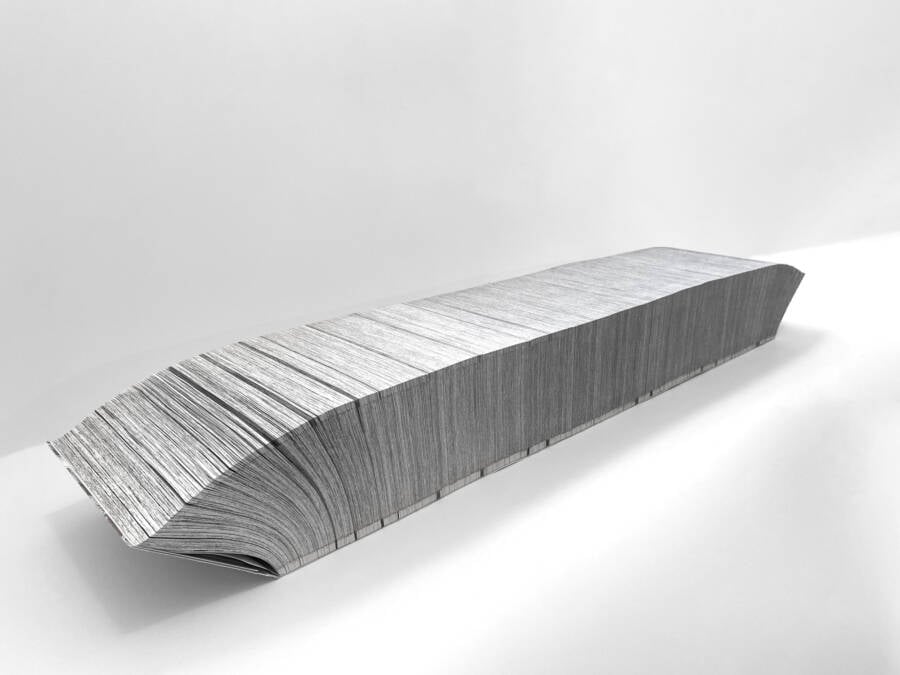 JBE BooksBecause the book is impossible to read, JBE Books argues that it does not therefore violate copyright law.

Furthermore, neither Eiichiro Oda nor his Japanese publisher, Shueisha, were contacted about the art piece.

A member of the publisher’s international rights staff, Keita Murano, informed The Guardian that Manouach’s ONEPIECE “is not official. We don’t give permission to [JBE Books]. Our licensee in France which publishes One Piece is the publisher Glénat.”

JBE Books, however, argued that the project doesn’t technically violate any copyright because ONEPIECE can’t be read by any of the collectors who purchased it. And for what it’s worth, Oda is already the wealthiest manga creator of all time — his net worth is estimated to be around $200 million.

It should also be noted that while ONEPIECE comprises 98 volumes of One Piece, the manga itself is not yet finished — therefore, ONEPIECE is also, technically, incomplete.

Oda has, however, stated that the manga is in its “final stages,” though whether that means two more volumes or twenty more volumes is unclear. The creator is, if nothing else, prolific.

You may not be able to read ONEPIECE, but you can read about other book sculpture artists and their fascinating art pieces. Then, check out the largest single photograph ever taken in human history.