The discovery of urban centers, suburban hubs, causeways, reservoirs, and canals flies in the face of the belief that the Amazon was unsuitable for permanent settlements. 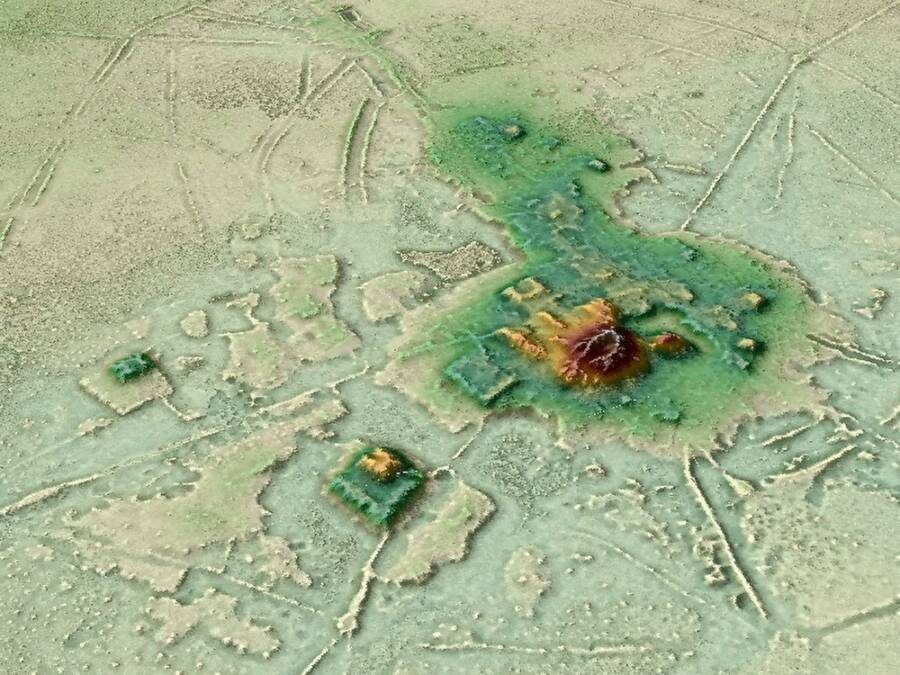 NatureScans revealed 26 unique sites, 11 of which were previously unknown.

Legends of lost cities hidden deep within the Amazon captivated Europeans for centuries. The Spanish were convinced of a city of gold named El Dorado. British explorer Percy Fawcett risked his life trying to find the mythical Lost City of Z. While he vanished forever, modern archaeologists just found the ruins of a long-lost ancient network of cities in Bolivia.

According to Smithsonian Magazine, scientists discovered the sprawling complex within Llanos de Mojos in the Bolivian Amazon. Abandoned for 600 years, the raised causeways and pyramid structures have now been attributed to the Casarabe people — who thrived in the impenetrable region from 500 to 1400 C.E.

Researchers used a modern remote sensing technology called lidar to penetrate the Amazon and peer under its overgrown surface. As published in the Nature journal, their study detailed a massive stronghold complete with urban centers, numerous suburban settlements, and a system of water reservoirs and canals.

“This is in my mind the clearest case of a fully urbanized Amazonian landscape,” said Michael Heckenberger, a University of Florida anthropologist. “It’s a marvelous piece of work. It shows really remarkable range of things that humans did in the past to work with their landscape and work with larger and larger populations.”

According to The Guardian, the ancient city network spans hundreds of square miles. Its discovery began more than a century ago when archaeologists noted curious mounds as part of the topography. Excavations since then confirmed the area was once inhabited by the Casarabe, but only modern technology could find out more.

Archaeologist Heiko Prümers started mapping the region with lidar from a helicopter in 2019. After digitally deforesting the resulting scans of surface vegetation, he was able to analyze the structures beneath. The stunning images revealed pyramids and platforms up to 70 feet high, with causeways and canals running for 600 miles.

Lidar shoots infrared beams from an aircraft, and those beams bounce back after hitting a surface. The returning data provides an exact measure of distance. Prümers mapped six different areas ranging from four to 32 square miles. After removing the vegetation, he found 26 sites — 11 of which were previously unknown.

“It is like an index fossil of what full-blown Amazonian urbanism might have looked like,” said Heckenberger. “They really nailed not what caused these urban societies to appear, not what caused them to collapse — but what they were like at their peak.”

While examples of Amazonian urbanism were previously found in the Upper Xingu area of Brazil, these were essentially merely groups of villages. Llanos de Mojos, meanwhile, shows defined urban centers with small “suburbs” positioned around them.

While two of the large urban centers, named Landívar and Cotoca, were previously known to exist, these new scans showed they were surrounded by rings of moats and fortifications. They held platform buildings, terraces, and conical pyramids — all of which were oriented to the north-northwest. 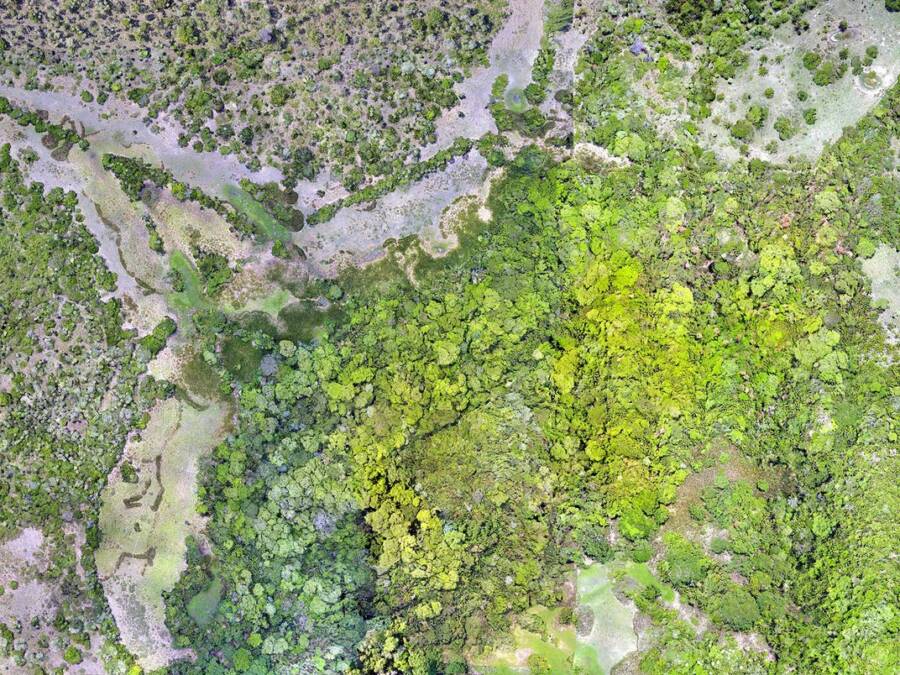 The suburban settlements were situated near the main hubs, with countless miles-long causeways leading to and from the centers. Some researchers believe that the alignment of the pyramids and positioning of settlements reflected an ancient worldview rooted in cosmology.

“Basically they remolded the landscape in terms of their cosmology, which is mind blowing,” said Colorado State University archaeologist Chris Fisher.

“The only problem is that this architecture was made from mud brick. So while at the time it was as fantastic looking as anything in the Maya region, the Maya monuments have endured because they had limestone while these just weren’t as durable.”

While the ruins of their structures do remain, the Casarabe mysteriously vanished in 1400 C.E. Some researchers believe that annual flooding was to blame, while others point to widespread droughts — which would explain the reservoirs this culture deemed vitally important. In the end, this discovery has made one thing rather clear.

Historians have now been forced to reassess their long-held beliefs that the Amazon was utterly unsuitable for large-scale and permanent settlements. Archaeologist Umberto Lombardo stated that this debate was now finally settled — and that the only remaining question is how capable these ancients truly were.

After reading about the lost Amazon city found in Bolivia, learn about the lost settlement rediscovered in the Tapajós Basin. Then, read about the long-lost city of Etzanoa unearthed in Kansas.