Leon the sled dog went missing in March after slipping out of a checkpoint, launching a months-long search. 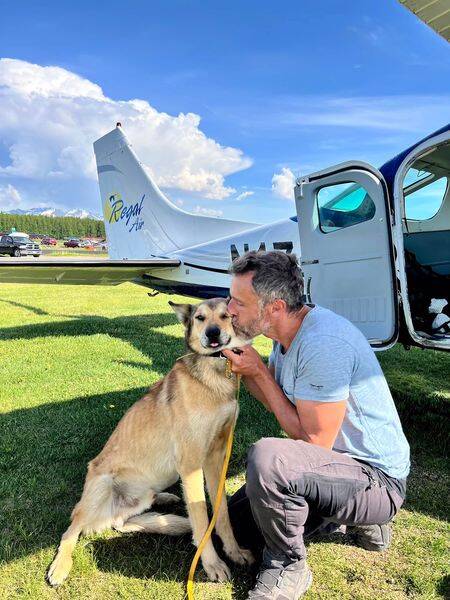 The Iditarod/FacebookLeon the sled dog with his owner, musher Sebastien Dos Santos Borges.

During the famous Iditarod race in Alaska, a sled dog named Leon slipped out of a checkpoint and vanished, prompting a massive search to bring him home. Luckily, eagle-eyed locals of McGrath, Alaska, were able to reunite the 3-year-old husky with his owner, French musher Sébastien Dos Santos Borges.

“This tale of Leon not only reflects the endurance and character of the Alaskan sled dog, but also illustrates how people work together throughout Alaska in support of the Iditarod Trail Sled Dog Race to make things happen,” Iditarod race director and marshall Mark Nordman told People. “We are ecstatic that Leon is now reunited with Sébastien.”

Leon, who the Anchorage Daily News described as a husky with “yellow-gold fur, brown eyes and dark brown ears,” went missing on March 13 when he escaped from a checkpoint in Ruby, Alaska, just a few days into the race. In hopes of bringing Leon home, the Iditarod Trail Committee (ITC) immediately launched a search for the missing dog.

“The Iditarod, along with Ruby community members and the team’s handler, have been actively searching the area since Sunday evening but have so far been unsuccessful at locating Leon,” they wrote on Facebook on March 17. “Leon is very shy, so please do not approach him.”

Though the ITC offered a $1,000 reward, and a Facebook fundraiser to find Leon raised $8,500, three long months would pass before the missing dog turned up 150 miles away from where he’d first vanished. 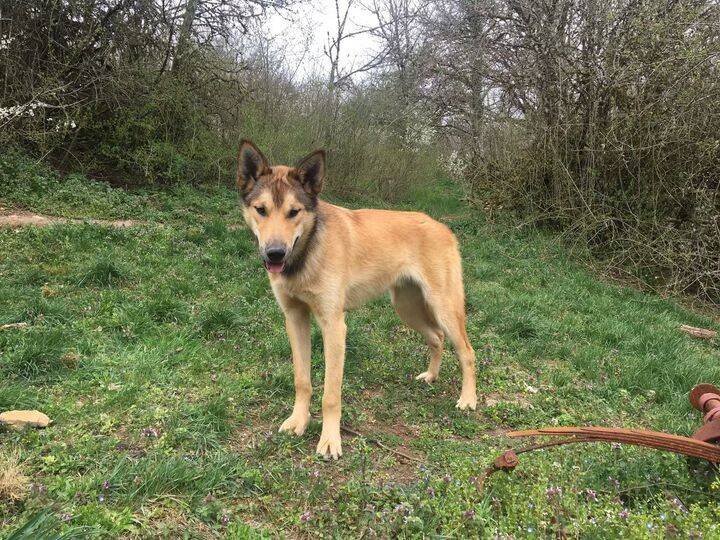 The Iditarod/FacebookLeon, a three-year-old husky, was missing for three months in Alaska.

On May 31, according to an ITC Facebook post, locals in McGrath, Alaska, reached out to race officials to say that they’d spotted the missing dog.

“On May 31, 2022, Race Director/Marshall, Mark Nordman was notified by locals in McGrath that Leon had been frequenting the area of a community member’s homestead,” the ITC wrote. “The resident of the homestead/cabin and another dog musher who lives in McGrath had been leaving food out for Leon in hopes to help contain him.”

After leaving out food for Leon, the McGrath residents were able to catch the shy husky. Then, the ITC arranged for Leon to be reunited with his owner.

“The Iditarod cannot express enough gratitude for all of Iditarod Nation’s help, prayers, thoughts and well wishes for Leon,” the ITC wrote on Facebook. “From the volunteers to the search fund organizers and the individual donors, community members along the trail and the heroes of McGrath who have helped towards the cause of finding Leon.”

They added: “Alaska is an incredibly special place as is the spirit of the community, which is part of what makes The Last Great Race so special. Thank you, Iditarod Nation, and welcome home, Leon!”

An Iditarod spokeswoman additionally told the Associated Press that Leon had seemed safe, alert and “understandably skinny but seemingly healthy.” The dog will also visit a vet to make sure that he’s healthy after his month-long adventure in the wilderness. 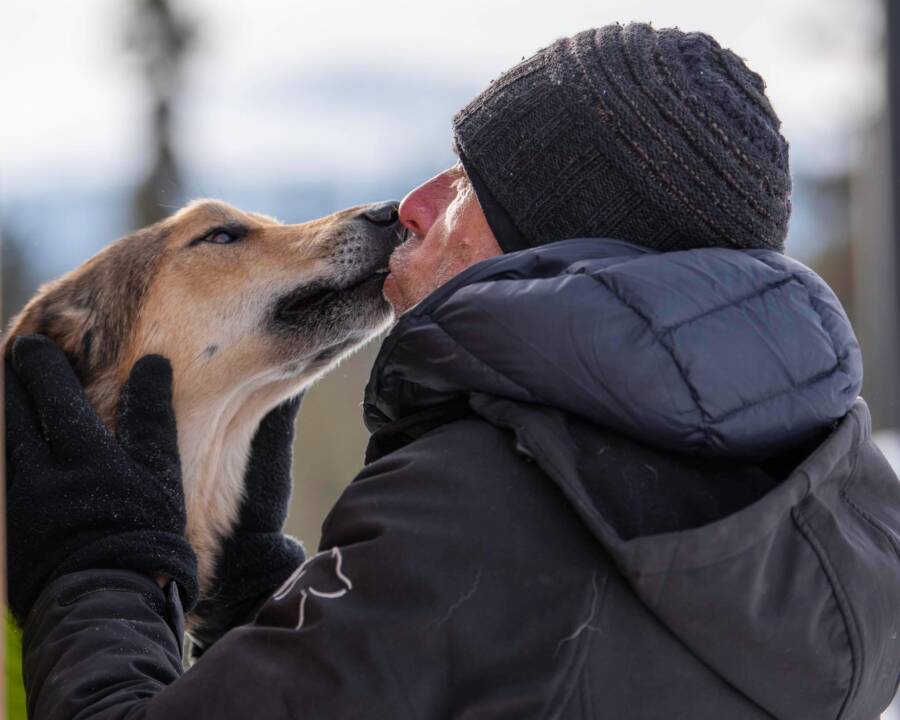 The Iditarod/TwitterLeon and his owner were ecstatic to be reunited.

The Iditarod, a 1,000-mile dog sled race, began on March 6. It takes mushers and their canine teams through the Alaskan wilderness, including two mountain ranges, and was won this year by musher Brent Sass on March 15.

But though Dos Santos Borges and other mushers were scratched from the race during a storm in the White Mountain, the French musher seems to be satisfied with another kind of prize — the safe return of his missing dog.

“Leon is with me!” an ecstatic Sébastien Dos Santos Borges wrote on Facebook after finally being reuinted with Leon. “A great story, a beautiful story of love and friendship between all the people who helped, who thought very hard about this reunion. Thank you! Life is gooooood!”

After reading about the Iditarod sled dog who was found safe after going missing, discover the true story of Balto, the husky that helped save an Alaskan town. Or, learn about Chris McCandless, the young nomad who tragically died in the Alaskan wilderness.