Inside The Brutal Story Of Maddie Clifton, The Eight-Year-Old Girl Murdered By Her 14-Year-Old Neighbor

On November 3, 1998, Josh Phillips murdered Maddie Clifton and shoved her corpse under his bed, sleeping on top of her body for a week before police discovered her.

When Maddie Clifton disappeared, an entire town sprung into action while the whole nation watched. Eight-year-old Maddie had mysteriously vanished from her home in Jacksonville, Florida, on November 3, 1998. Hundreds of volunteers joined search parties, camera crews flocked to the suburbs, and two parents tried not to despair.

Then, after a week of relentless efforts, Clifton was found bludgeoned and stabbed to death under the bed of her 14-year-old neighbor, Josh Phillips.

When police found her body, Phillips first explained that he had struck Clifton in the face while playing baseball with her, then accidentally killed her when he hit her with a bat to stop her from crying. But Phillips’ account was only half of the Maddie Clifton story, and the truth was far darker.

Clifton had been bludgeoned, though that wasn’t what killed her. After beating her, Josh Phillips stabbed her to death with a utility knife. And most disturbing of all, he then slept above Maddie Clifton’s rotting corpse for an entire week — while joining in her search with his family.

The Gruesome Murder Of Maddie Clifton

Born on June 17, 1990, in Jacksonville, Florida, Maddie Clifton was raised at a time when parents allowed their children to roam free. The Columbine High School shooting had yet to curb that lenience, and the fear of terrorism had yet to blanket a nation. Told to play outside on Nov. 3, 1998, Maddie Clifton did just that.

Joshua Phillips was born on March 17, 1984, in Allentown, Pennsylvania, but in the early 1990s, his family moved across the street from the Cliftons in Florida. His father, Steve Phillips, a computer specialist, was incredibly strict and violent towards his wife, Melissa, and Josh.

Steve also became furious if other children were in his house without him. Even more so if he’d been drinking, which he often had been.

As fate would have it, the freedom of one young girl and the fears of an abused teen would clash to deadly results. According to Phillips, he was simply playing baseball when Clifton asked to play with him.

Knowing his parents were away, he hesitantly said yes. But then, according to his account, he accidentally hit her in the face with his ball. She cried out screaming, and Josh, fearing reprisal if they came home and found another child in the house, took her inside and strangled her and beat her with a baseball bat to keep her quiet. 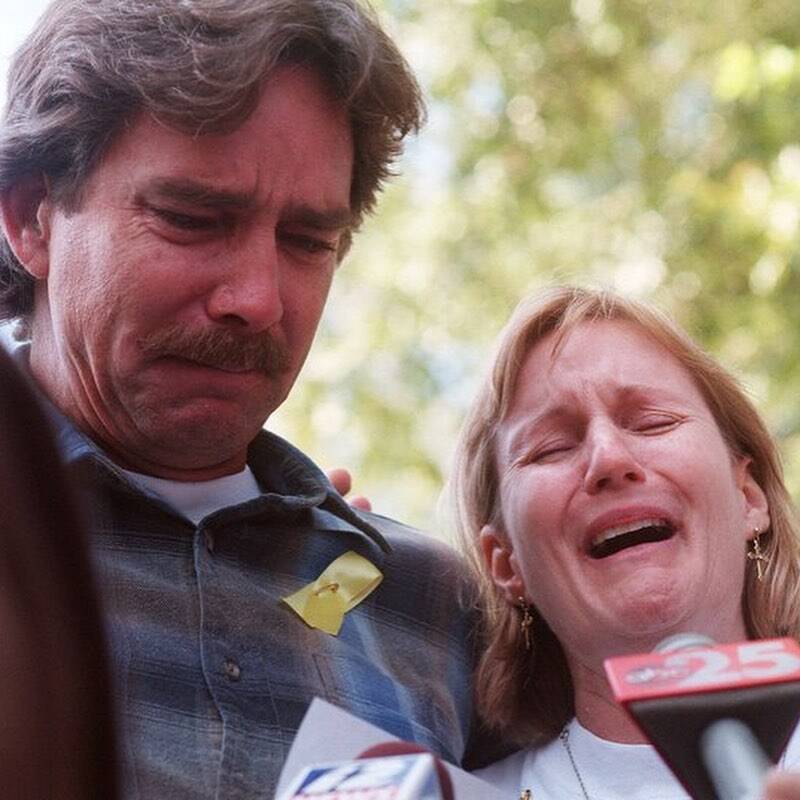 Then, he pushed her unconscious body underneath his waterbed before his parents got home. At around 5 p.m., Sheila Clifton reported her daughter missing to the police. Before nightfall, however, Phillips removed his mattress and slit the girl’s throat.

With his Leatherman multi-tool knife, he stabbed Maddie Clifton in the chest seven times — and put his water-filled mattress back on the bed frame. For the next seven days, the Lakewood neighborhood became the lifeblood of tabloids and news reports on Clifton’s disappearance. Even the Phillips household joined in her search.

On November 10, Steve and Sheila Clifton were wrapping a televised interview they hoped would help find their daughter. At that precise moment, Melissa Phillips was cleaning her son’s room and noticed his waterbed was leaking — or so she thought. Looking closer, she found Clifton’s body and ran outside to alert an officer.

Inside The Trial Of Josh Phillips

Police were stunned, as they had searched the Phillips home three times but mistaken the stench of Maddie Clifton’s corpse for the smell of several birds the family kept as pets. The FBI even became involved because the local police had failed to yield results. A $100,000 reward was offered for anyone that could lead to Clifton’s safe return.

Before November 10, Phillips was merely a ninth-grader with a C average at the A. Philip Randolph Academies of Technology. Arrested in school within moments of discovering the body, he was charged with first-degree murder. Soon, he was the focal point of national news broadcasts. Those who knew him were in shock.

“The students can’t fathom him doing something like this,” said Randolph principal Gerome Wheeler. “They say ‘Josh? Josh? Josh?’ Like they say his name two or three times. They cannot believe this.”

In fact, so many people in the tight-knit neighborhood were in disbelief once news spread about Maddie Clifton’s murderer that a judge ordered his trial to take place in a county halfway across the state in the hope of curbing jury bias.

Phillips’ attorney Richard D. Nichols didn’t put a single witness on the stand, hoping to use his closing argument as the lion’s share of his defense — that Phillips was a scared child acting in desperation.

The highly-publicized trial began on July 6, 1999, and lasted only two days. Jurors deliberated for barely more than two hours before finding Josh Phillips guilty of first-degree murder. On Aug. 26, the judge sentenced him to life in prison without the possibility of parole.

After the Supreme Court found that mandatory life sentences for juveniles were unconstitutional in 2012, Phillips became eligible for a resentencing hearing. Maddie Clifton’s sister was terrified that he would go free.

“She doesn’t get a chance to walk on this earth again, so why should he?” she said.

But when his resentencing date came up in 2017, the judge upheld the original sentence, ensuring that Josh Phillips would spend the rest of his years in prison.

After learning about Maddie Clifton, read about Skylar Neese, the 16-year-old brutally murdered by her friends. Then, learn about Sylvia Likens’ horrific murder at the hands of Gertrude Baniszewski.