The Chilling Story Of Joshua Phillips, The Florida Boy Who Murdered His 8-Year-Old Neighbor When He Was Just 14

On November 3, 1998, Josh Phillips murdered little Maddie Clifton in Jacksonville, Florida, then stashed her body underneath his bed and slept just above her corpse for a week before it was found. 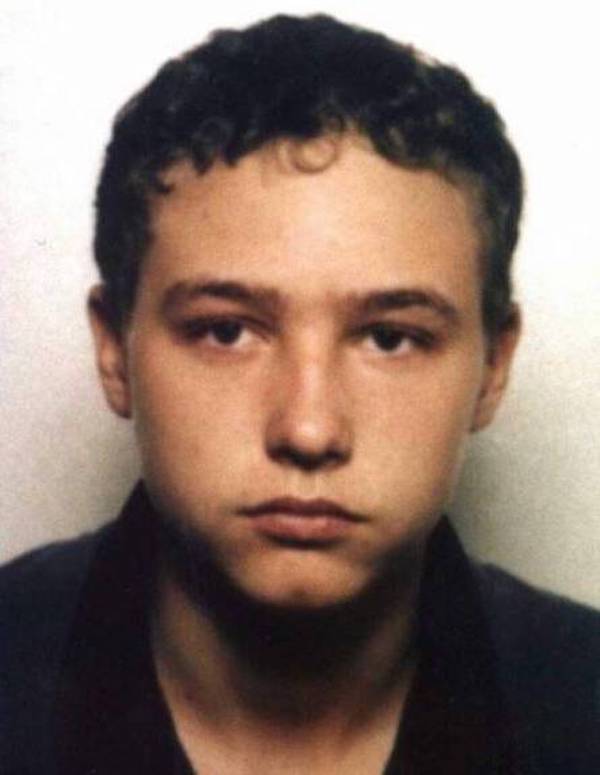 Public DomainJoshua Phillips was convicted in 1999 and is currently serving a life prison sentence in Florida for the murder of Maddie Clifton.

Joshua Phillips had only just become a teenager when he moved to the Lakewood suburbs of Jacksonville, Florida. The Pennsylvania native found few friends at the A. Philip Randolph Academies of Technology and scarce recreative outlets aside from walking the family dog and occasionally joining local softball games.

When she came by to play with Phillips on Nov. 3, 1998, the 14-year-old claimed that he accidentally hit her in the eye with a baseball. Terrified of his abusive father returning home, he said that he dragged the screaming girl into his house and slit her throat. Police spent six full days looking for her until Phillips’ mother found her lifeless body under his bed.

The Isolated Childhood Of Joshua Phillips

Joshua Earl Patrick Phillips was born on March 17, 1984, in Allentown, Pennsylvania. His father, Steve, was an alcoholic drug addict who frequently tormented him and his mother. Phillips had two older half-brothers, Daniel and Benjie, with whom he happily shared his childhood — until the two families suddenly split apart. 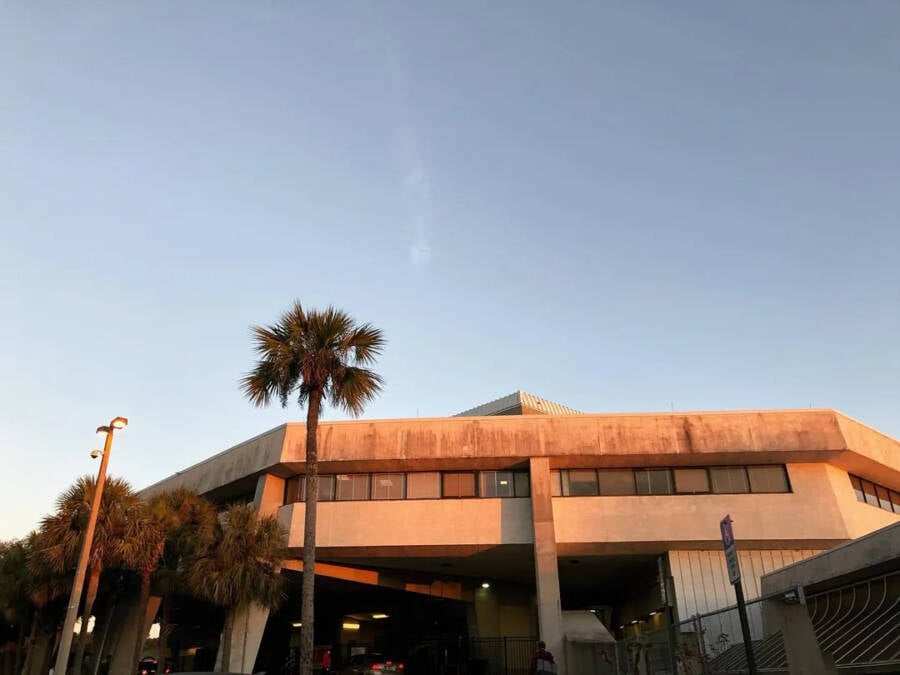 @apr.cte.jax/InstagramJosh Phillips was arrested at his school, the A. Philip Randolph Academies Of Technology.

Joshua Phillips and his brothers had seemingly done everything together, from sharing music and watching movies to attending concerts across the Lehigh Valley, despite Daniel being 11 years older. In 1997, however, their father and his wife moved to Florida — taking Joshua with them.

“But when they went down there he had nobody, and that was my father’s choice. It didn’t matter, you know, how much we begged him not to — my father did what he was going to do and nobody would have had anything to do with it.”

For Maddie Clifton on the other hand, Lakewood was the only neighborhood she had ever known. Born on June 17, 1990, her loving parents Steve and Sheila had no reason not to let Clifton roam the safe and sun-soaked streets on her own.

But while Maddie Clifton and Joshua Phillips had played together many times before, Nov. 3, 1998, would be the last.

How Maddie Clifton Was Brutally Murdered In Cold Blood

Joshua Phillips was in the front yard playing baseball when Clifton crossed the street to join him. He claimed to have agreed since both of his parents were at work, but then accidentally hit her in the eye with his ball. Scared of the consequences, he dragged the crying girl into his house — and then strangled and hit her with his bat. 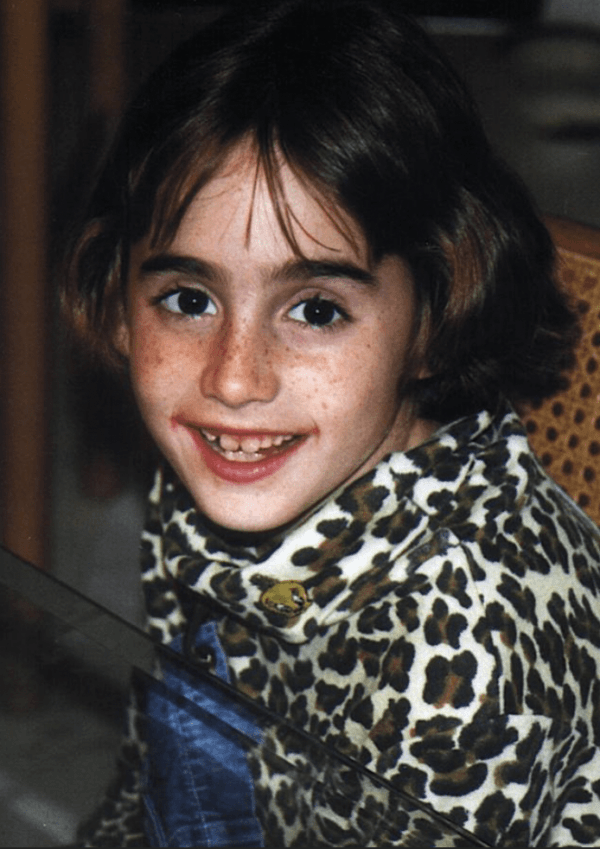 Desperate to silence her before his father got home, Phillips shoved her unconscious body under his bed. Her mother reported Clifton missing at 5 p.m., but she would never be seen alive again. When she regained consciousness and started to moan around sundown, Phillips removed his mattress and did the unspeakable.

According to The Florida Times-Union, Phillips used his multipurpose Leatherman tool to slit her throat and stabbed her seven times in the chest before placing his waterbed mattress back on the bed frame. Baffled authorities and Lakewood residents searched high and low for the missing girl. On the first night of her disappearance, even Phillips joined in.

“I was putting myself in a fantasy world that nothing had happened,” recalled Phillips. “That was my defense mechanism for everything when I was a kid. I never made the decision… to ignore it. I just did.”

While police searched his home three times, they mistook the stench of Clifton’s body for the smell of birds that Joshua Phillips kept in his room, according to The New York Times. A lack of answers from the two-street neighborhood spurred the FBI to join, while hundreds of volunteers searched the forests and swamps and handed out flyers offering a $100,000 reward.

Hopes of Clifton’s safe return were dashed in the early morning of Tuesday, Nov. 10. Dunfee had noticed an unusual wet spot on her son’s bedroom floor before noting that part of his bed frame was broken and taped together. That’s when she saw Clifton’s lifeless legs — and frantically ran out to speak to the police.

Inside Joshua Phillips’ Trial And Lifetime Of Appeals

Police cordoned off their newfound crime scene and arrested their 14-year-old suspect at his school. Joshua Phillips confessed and was charged with first-degree murder. His trial began on July 6, 1999, and saw Phillips tried as an adult. He spoke not a single word throughout. 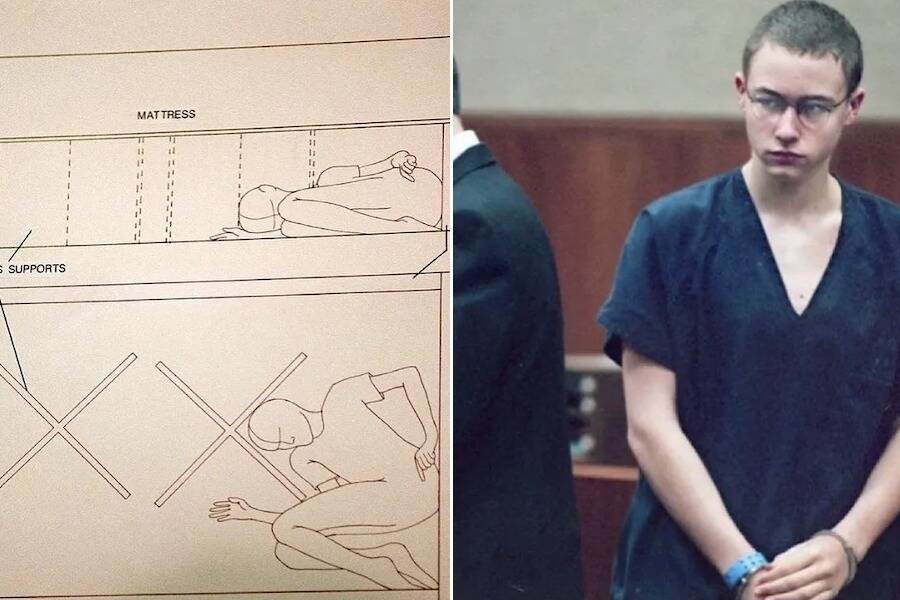 @freakenthusiast/InstagramA court exhibit regarding the crime scene (left) and Phillips at trial in 1999 (right).

According to Jacksonville News 4, prosecutors argued the murder was sexually motivated as Clifton wasn’t wearing all of her clothes when the police found her. Phillips’ lawyer, Richard D. Nichols, argued that her clothing came off while Phillips dragged her into his room and said that her death was “an act that began as an accident and deteriorated through panic that bordered on madness.”

Clifton’s body ultimately showed no signs of sexual assault. The defense didn’t call a single witness during the two-day trial, which culminated in jurors deliberating for little more than two hours before finding Phillips guilty of first-degree murder. The 15-year-old was sentenced to life in prison without the possibility of parole.

Phillips spent the first few years of his sentence getting his high school diploma and taking college courses through the mail. He tutored other inmates, helped them with their appeals, and attended religious services. In 2008, Phillips said he wasn’t sure if he deserved a second chance — but that he desperately wanted one, according to The Florida Times-Union.

Joshua Phillips refused to apologize to the Cliftons through the mail and explained that they deserved to hear one in person. Sheila Clifton understandably rejected the offer and said that his life sentence for the murder of her daughter was more than fair. Ultimately, an appeals court agreed and upheld the conviction.

While Josh Phillips was granted a new sentencing hearing in 2016, it resulted in him being re-sentenced to life in prison in November 2017 and 2019. The latter ruling, however, is scheduled to be reviewed in 2023 — and could possibly result in Phillips being released.

After learning about Joshua Phillips and his murder of Maddie Clifton, read about teenager Devonte Hart, who was killed by his adoptive mother. Then, learn about Tyler Hadley, the high schooler who murdered his parents so he could throw a party.