The Disturbing Story Of Tyler Hadley, The Teenager Who Killed His Parents So He Could Throw A House Party

On July 16, 2011, more than 60 people came to 17-year-old Tyler Hadley's house and partied for hours — unaware that his parents' corpses were hidden just behind their bedroom door.

There was only one problem. Hadley’s parents were home. And since they’d recently grounded Hadley for drinking and drug use, they weren’t about to let their teenage son throw a party. Some friends knew this and were incredulous. When one asked if it was really happening, Hadley wrote back, “dk man im workin on it.” 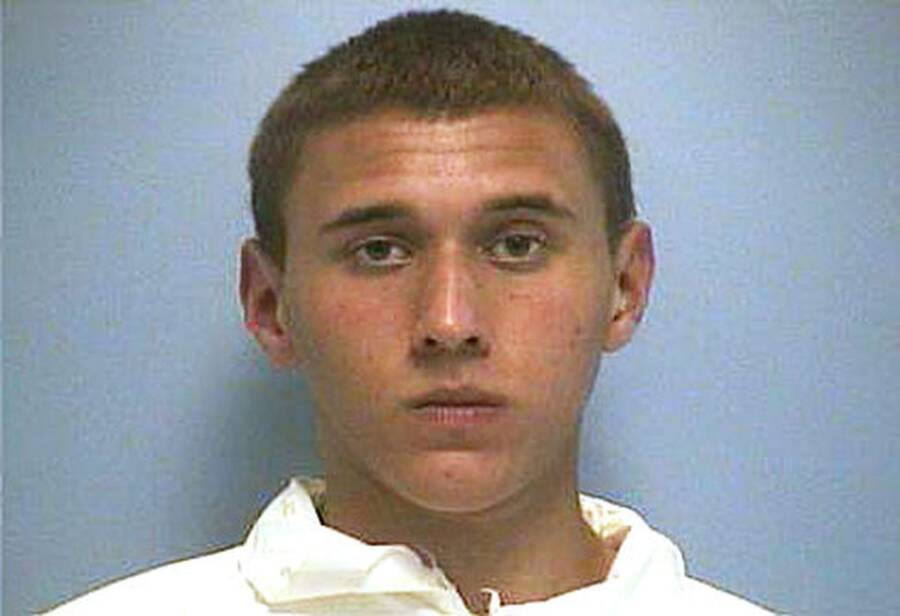 But by 8:15 p.m., the party was on. Tyler posted again on his wall to confirm: “party at my house hmu.” When one of his friends asked, “what if your parents come home?” Hadley responded, “they won’t. trust me.”

That’s because Hadley had just murdered both his parents. When he posted on Facebook, their bodies were barely cold. And the high schooler wanted to throw a party at the crime scene.

The Brutal Killing Of Blake And Mary-Jo Hadley

Before inviting 60 people to his house for a party, Tyler Hadley calmly killed both his parents.

Blake and Mary-Jo Hadley had worried about their son for years. They’d taken Tyler to a psychiatrist and turned to a substance abuse program for help. 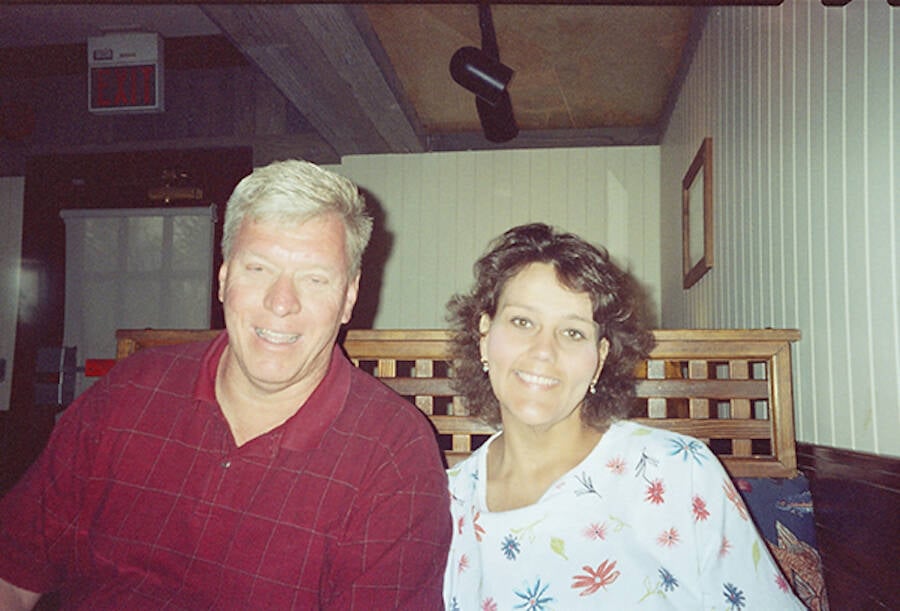 Nothing worked. So when Tyler drove home drunk one night, Mary-Jo took away his car and phone as punishment.

Tyler fumed. He told his best friend Michael Mandell that he wanted to kill his mom. Mandell brushed off the statement as something an angry teenager would say. He never thought Tyler would go through with it.

But on July 16, Tyler made a plan. First, he took his parents’ phones. That way, they couldn’t call for help. Then he took some ecstasy around 5 p.m. Tyler worried he couldn’t go through with his plan sober.

Hadley found a hammer in the garage. While Mary-Jo sat at the computer, Tyler stared at the back of her head for five minutes. Then, he swung the hammer.

Mary-Jo turned and screamed, “Why?”

Blake, hearing the screams, ran into the room. Blake echoed his wife’s question. Tyler shouted back, “Why the fuck not?” Then Tyler beat his father to death.

After killing his parents, Tyler Hadley dragged their bodies into their bedroom. He cleaned up the crime scene, tossing bloody towels and Clorox wipes onto the bed. Finally, he invited his friends over for a party.

Tyler Hadley put out the call to come party shortly after he’d cleaned up the crime scene — right around sunset. By midnight, more than 60 people had shown up to Tyler Hadley’s house. None of them knew that the dead bodies of Hadley’s parents were in the other room.

High schoolers played beer pong in the kitchen, rubbed cigarettes into the walls, and urinated on the neighbor’s lawn. 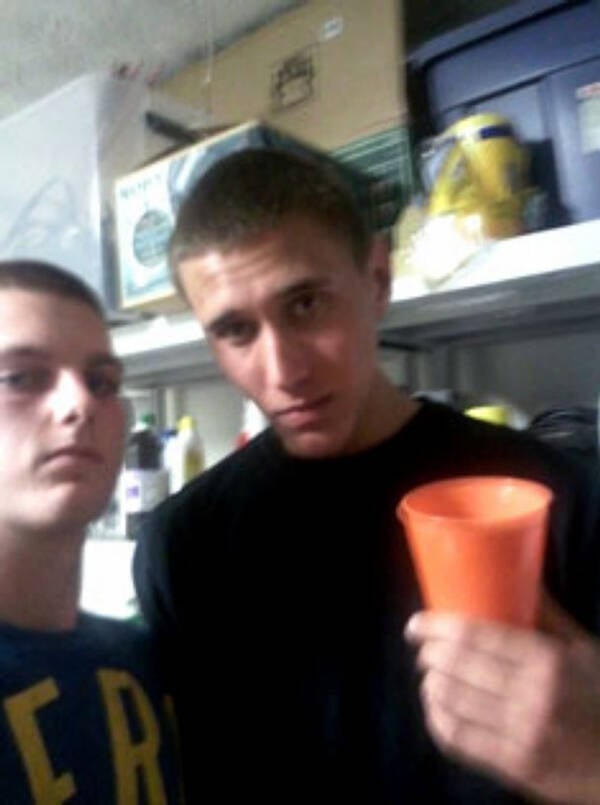 Michael MandellTyler Hadley and Michael Mandell at Tyler’s party shortly after he’d told Mandell that he had just killed his parents.

At first, Hadley tried to stop the teens from smoking inside, but eventually, he relented. As he explained, his parents were in Orlando. Then Hadley changed his story about his parents. “They don’t live here,” he told a partygoer. “This is my house.”

Later in the night, Hadley pulled aside his best friend, Michael Mandell. “Mike, I killed my parents,” Hadley said. In disbelief, Mandell responded, “No you didn’t, Tyler. Shut up. What are you talking about?”

Hadley insisted they were dead. “Look at the driveway,” he told Mandell, “all the cars are there. My parents aren’t in Orlando. I killed my parents.”

Mandell thought it must be a prank. Then Hadley led his friend to the bedroom where he’d stashed the bodies.

“The party’s going on over here, and I turn the doorknob,” Mandell remembers. “I looked down, and I [saw] his father’s leg against the door.” Mandell suddenly realized his friend was telling the truth.

Mandell didn’t leave the party right away. In shock, he took a selfie with Hadley, figuring it would be the last time he would see his friend.

Then, Mandell left the party and called Crime Stoppers to report the murders.

The Arrest And Conviction Of Tyler Hadley

Michael Mandell left an anonymous tip with Crime Stoppers at 4:24 a.m. on July 17, 2011. He said that Tyler Hadley had murdered both his parents using a hammer.

Police rushed to the Hadley house. When they arrived, the party was still going on, and Hadley claimed his parents were out of town and refused to let police in the house. But they made an emergency entrance despite Hadley’s protests. 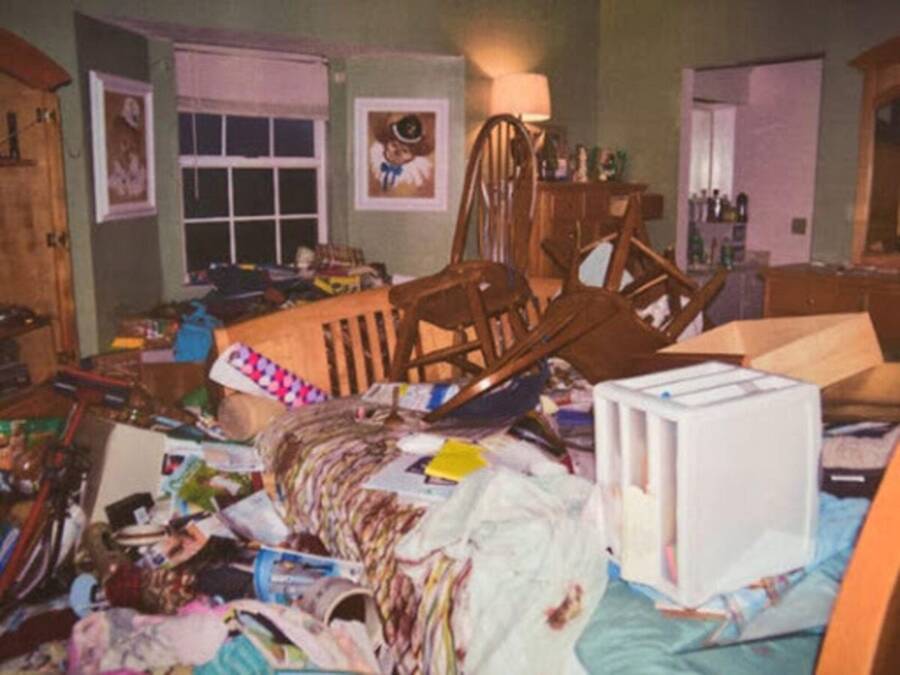 Port St. Lucie Police DepartmentThe bedroom where Tyler Hadley stashed the bodies of his parents while throwing a house party.

“Tyler appeared nervous, frantic, and very talkative while speaking to the officers,” according to the arrest affidavit.

The police found beer bottles all over the house. Unrolled cigars littered the floor, and the furniture had been tossed around. They also found dried blood on the walls.

When police forced open the bedroom door, they found dining chairs and a coffee table tossed on the bed. Under the furniture, they discovered the body of Blake Hadley. Nearby, they found Mary-Jo’s body.

If the police hadn’t shown up, Hadley had considered taking his life. He had a stash of Percocet pills hidden in his room.

But for the time being, whether it was the ecstasy, the party, or the murder, he was feeling good. He even posted one last time on his wall at 4:40 a.m., right as police were on their way to his house: “party at my house again hmu.”

Tyler Hadley isn’t the only killer to target their parents. Next, read about Erin Caffey, the 16-year-old who convinced her boyfriend to murder her parents. Then learn more about serial killers most people don’t know.