The Epic Story Of Senator Daniel Inouye, The Hero Who Didn’t Let A Severed Arm Keep Him From Fighting Nazis

Daniel K. Inouye was a Japanese American soldier with the 442nd Infantry Regiment during World War II who rose to become the highest-ranking U.S. Senator when he died in 2012. 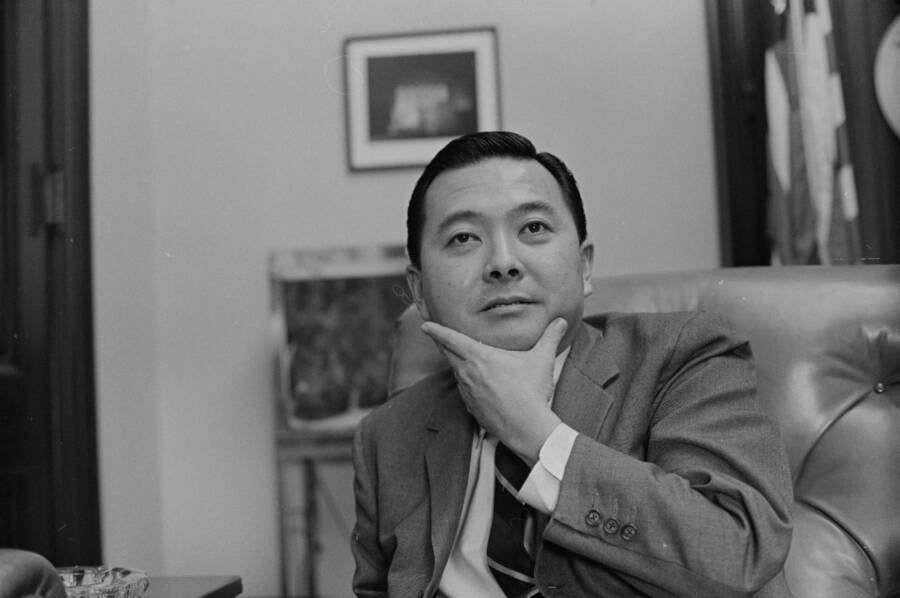 Wally McNamee/Corbis via Getty ImagesSenator Daniel Inouye in his U.S. Capitol office on August 4, 1964. Inouye would go on to serve as a Senator for Hawaii until his death in 2012.

From 1963 until he died in 2012, Daniel Inouye served as the senator for the state of Hawaii. This political career alone would have been impressive enough for the history books. But before it even began, Inouye was a hero of World War II.

Initially prevented from enlisting because of his Japanese heritage, Inouye would go on to save some 200 men, survive being shot in the chest, lose an arm in battle, and literally single-handedly take out a Nazi machine gun team.

Afterward, he became the first Japanese American to serve in the U.S. House of Representatives. And by the time he died, he was president pro tempore of the Senate, third in line to the presidency, and the highest-ranking Asian American in the United States’ history.

In short, he’s a man of many firsts — and great heroics. This is the remarkable true story of Senator Daniel Inouye, Hawaii’s longest-serving senator.

Growing Up In Honolulu On The Eve Of World War II

Born Sept. 7, 1924, in Honolulu, in the Territory of Hawaii, Daniel Ken Inouye was the son of two Japanese immigrants, Hyotaro and Kame. Raised in the predominantly Chinese and Japanese American enclave of Mō’ili’ili in Honolulu, Inouye led a relatively relaxed life — going to school, playing with friends, and enjoying life on Oahu.

But behind the seemingly normal life, Daniel Inouye came from poverty. Hyotaro was raised by poor laborers, and Kame was an orphan who was taken in by a kindly Methodist family. 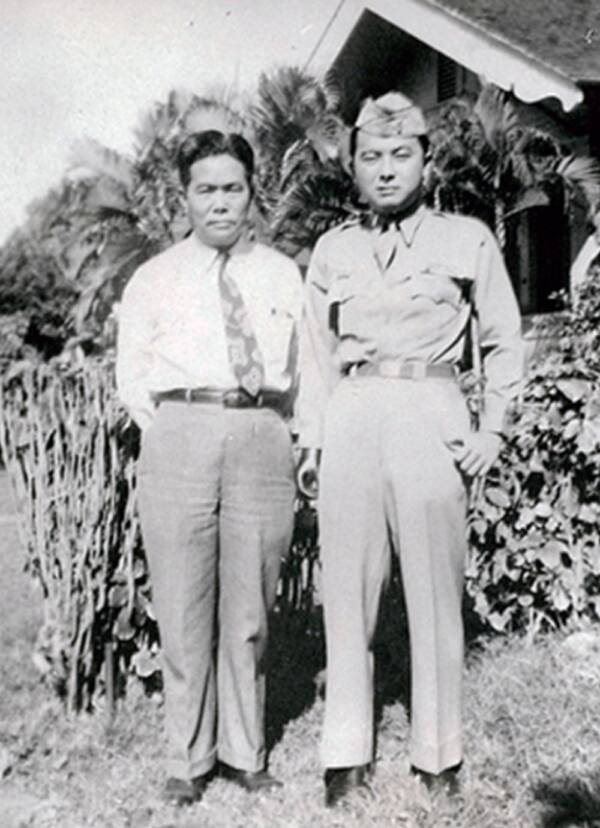 Senator Daniel InouyeDaniel Inouye and his father, Hyotaro Inouye, in Honolulu after he returned from World War II.

Because of their background, Inouye’s parents instilled a sense of responsibility in their son — and stressed the importance of service to others. Inspired by this upbringing, Inouye volunteered for the Red Cross and aspired to become a surgeon.

When the attack happened, Daniel Inouye was studying pre-medicine at the University of Hawaii and was working as a medical volunteer at Pearl Harbor. He watched on in horror as Japanese planes bombed Pearl Harbor.

“We looked towards Pearl Harbor and puff! All the smoke. And you could see puffs of the anti-aircraft shells exploding. And then, all of the sudden, three aircraft flew right over us. Green color with the red dot in the wing. I knew my life had changed,” he said.

Afterward, he tried to quit his medical studies and enlist in the Army, but recruiters turned him away because the U.S. government didn’t allow Japanese Americans to serve.

It wouldn’t be until President Franklin Roosevelt rescinded the racial restriction in 1943 that Inouye was able to finally join the war effort as a soldier. 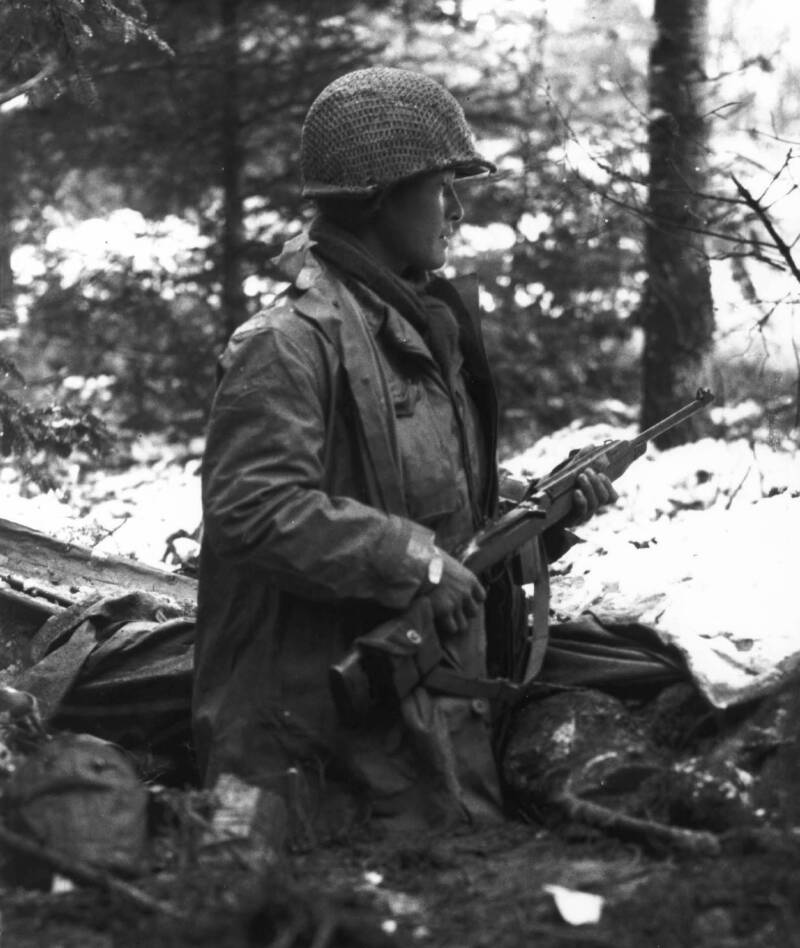 Nevertheless, Inouye quickly rose through the ranks to become a platoon sergeant within his first year. By 1944, he was in France pushing back the Nazi front line. And when the 36th Infantry Division became trapped in German territory, the 442nd was sent in to rescue them.

Inouye’s regiment fought fiercely and eventually broke through the Nazi defenses, rescuing some 200 men. But the casualties were high, and Inouye himself was shot in the chest. Miraculously, he survived thanks to two silver dollars he happened to be carrying in his pocket that stopped the bullet.

Daniel Inouye continued to carry the coins throughout the battlefield, and they served him well as good luck charms for over a year — until he lost them shortly before an assault on Colle Musatello in Liguria, Italy, on April 21, 1945.

That morning, the 442nd was tasked with taking out three German machine-gun positions on the top of a ridge. In the charge, Inouye was shot in the stomach, but he kept pushing forward because the guns had his whole unit pinned down.

Far ahead of his men, Inouye charged ahead, taking out one German gun team with a grenade and a second with his Thompson submachine gun. But, while he was crouching towards the last Nazi emplacement with a grenade in his right hand, he was struck by a rifle-propelled grenade that all but tore off his right arm at the elbow.

His own grenade, he later recalled, was still “clenched in a fist that suddenly didn’t belong to me anymore.” Fearing that it was about to detonate, he tore it from his palm and threw it straight at the Nazi’s machine gun. After it detonated, he took his Thompson gun and fired on the German gunners to make sure they were dead before falling unconscious. 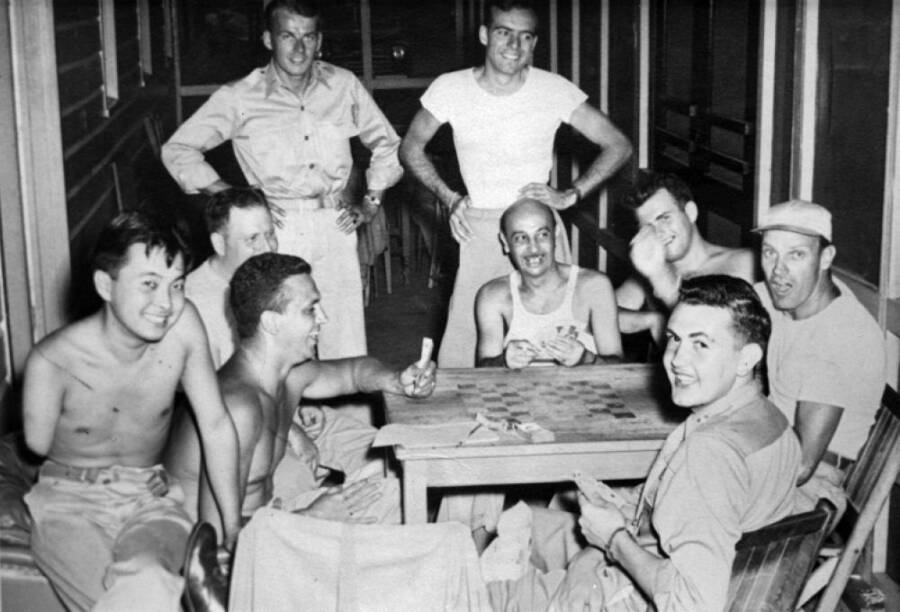 While Daniel Inouye was recovering from the amputation of his arm at Percy Jones Army Hospital in Michigan, he met two other soldiers, Bob Dole and Philip Hart. Dole told Inouye that he’d had plans to return to civilian life and become a senator when the war was over. Hart had the same plans.

Inspired by this conversation, Inouye abandoned his plans to become a surgeon for good. He was honorably discharged in 1947 with the rank of captain and earned a Bronze Star, Purple Heart, and the Distinguished Service Cross for his bravery on the battlefield.

When he returned to Hawaii after the war, he enrolled in the University of Hawaii at Manoa under the G.I. bill and graduated with a degree in political science.

After earning his J.D. degree from George Washington University Law School, Inouye went on to get elected to the Hawaii territorial House of Representatives, where he quickly rose through the ranks to become the majority leader. 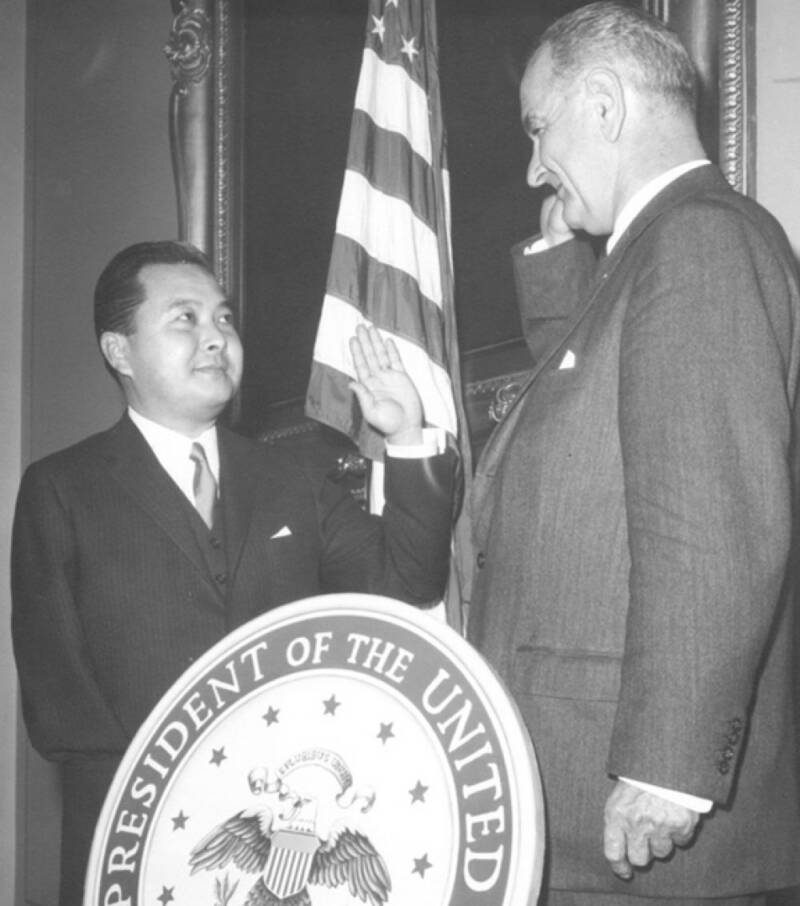 In 1962, he ran for the U.S. Senate and won — beating Bob Dole there by six years. And Inouye never lost another election as long as he lived. Incredibly, Inouye, Dole, and Hart all served in the Senate together for decades and stayed life-long friends.

On June 21, 2000, Inouye, along with 19 other Japanese American servicemembers from the 442nd, was awarded the Medal of Honor, the military’s highest decoration, after being overlooked because of their race for over half a century.

And when Daniel Inouye died from respiratory failure on Dec. 17, 2012, he drew commendations from both sides of the political aisle. Mitch McConnell called Inouye “one of the finest senators in United States history,” and Harry Reid called him a “giant of the senate.”

After reading the epic story of Daniel Inouye, take a look through these color photographs of World War II that bring the reality of the war to life. Then, read the inspiring story of Joe Medicine Crow, the Plains Indian war chief who battled Nazis.