The Disturbing Story Of Martin Bryant, The Australian Mass Shooter Behind The Port Arthur Massacre

On April 28, 1996, Martin Bryant pulled out an AR-15 rifle and began shooting indiscriminately at people in Port Arthur, Tasmania — and he didn't stop until 35 victims were dead. 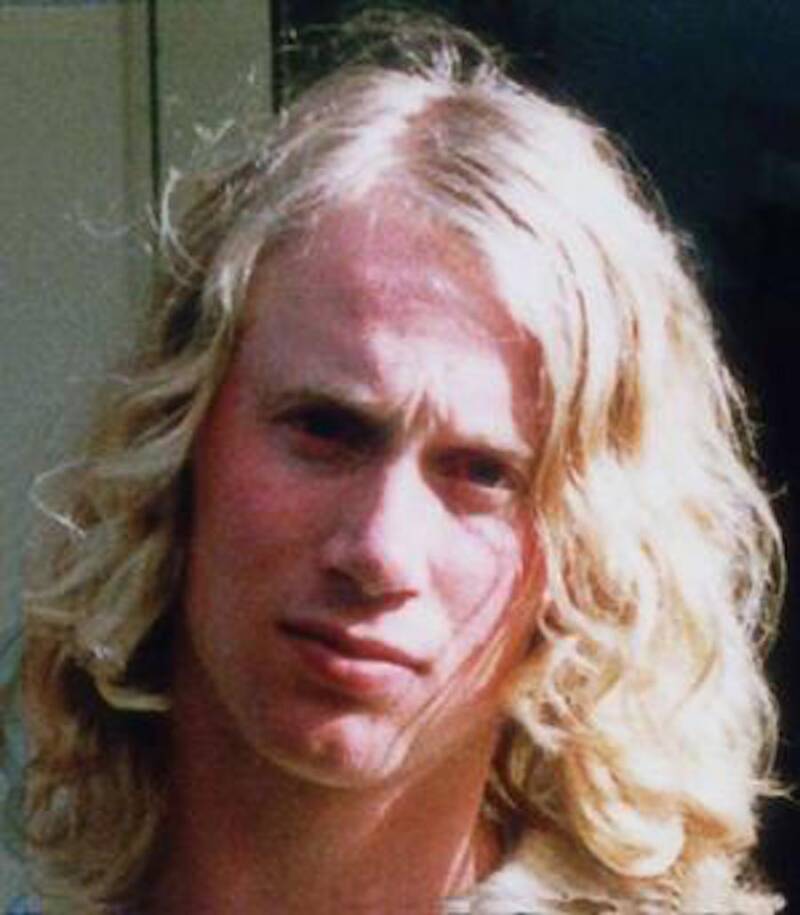 Death seemed to follow Martin Bryant from an early age. One of the boy’s neighbors in Hobart, Tasmania remembered the day a young Bryant shot every parrot in the neighborhood. Dead animals frequently appeared with no natural explanations on the Bryant farm. But still, no one could have predicted the day Bryant exploded in violence — the day that would become known as the Port Arthur Massacre.

April 28, 1996, was the worst mass shooting in Australian history. But it was also the last — as Australia’s federal and local governments placed strong restrictions on firearms, and even banned many of the weapons outright. But most Australians will never forget the chilling face of Martin Bryant and the destruction that he wrought.

There were, unfortunately, warning signs in Martin Bryant’s early life, beyond his childhood penchant for animal cruelty. In his 20s, Bryant befriended a wealthy, older woman. Not long after she rewrote her will to leave Bryant millions, the woman died in a car accident with Bryant in the passenger seat — and those who knew her reported that Bryant had a reputation for grabbing the steering wheel when she drove.

The next year, Bryant’s father went missing — and was later found drowned on the family farm with his son’s scuba weight belt wrapped around his chest and sheeps’ carcasses lying nearby.

Bryant even reportedly laughed and joked with police as they searched the property. In spite of the unnatural death, Bryant inherited his father’s life savings.

With his newfound wealth, Bryant began stockpiling guns. And on April 28, 1996, he went on the killing spree that changed Australia forever.

The morning of April 28, 1996, Martin Bryant walked into the Seascape guesthouse and shot the owners. Then he walked over to the Broad Arrow Cafe and ordered lunch.

After eating, Bryant pulled out a Colt AR-15 rifle and shot 12 people in 15 seconds. It was the beginning of the worst mass shooting in Australia’s history. 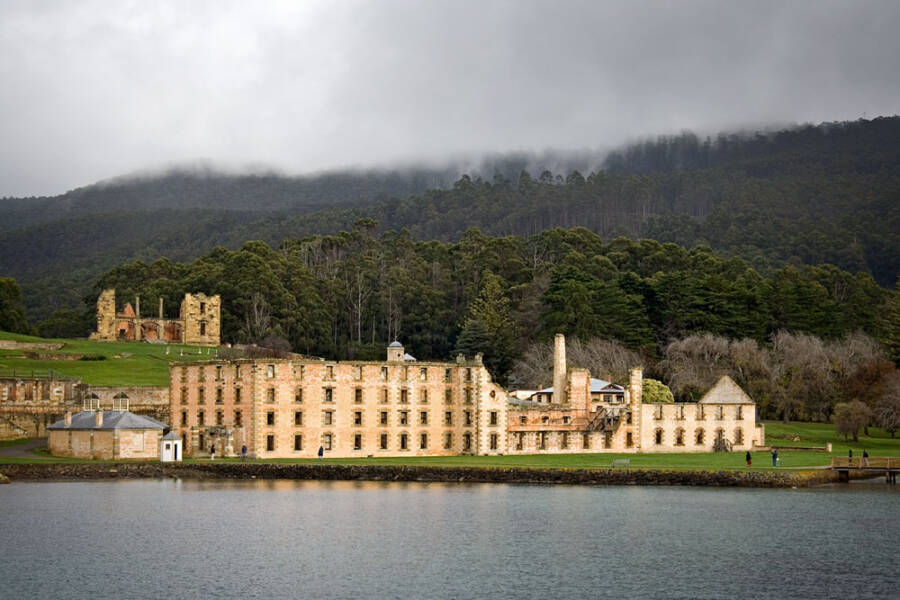 Ian Kingston was a security guard at Port Arthur, a 19th-century penal colony turned into an open-air museum. When Bryant started shooting, Kingston dove for safety and shouted for visitors outside to flee the area. The tourists wrote off the gunshots as a historical reenactment until Kingston saved their lives.

Kingston did not try to go back into the cafe. “You don’t get a second chance with a gun like that,” he said.

Inside, Martin Bryant headed for the gift shop. He killed eight more people. Then he walked to the parking lot, shooting at tour busses.

Finally, after murdering 31 people, Bryant fled back toward the bed and breakfast. On the way, he shot another victim and took a hostage.

The shocking shooting spree took just 22 minutes. But capturing Bryant would take much longer, as he hid in the guesthouse armed to the teeth.

The 18-Hour Standoff at Seascape

Police quickly encircled the Seascape guesthouse. They knew Martin Bryant was inside – he kept firing at police. They also knew Bryant had taken a hostage. But police had no idea if anyone else was in the guesthouse.

The guesthouse became the site of a long standoff between a mass murderer and police. 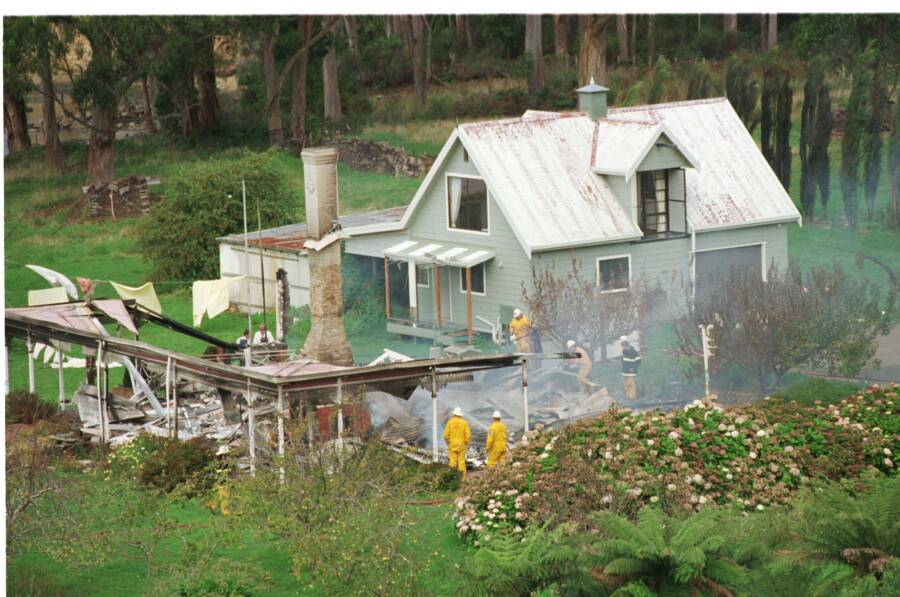 Two of the first policemen on the scene, Pat Allen and Gary Whittle, hid in a ditch with a view of the house.

“It was very simple: I knew where he was, he was shooting at us,” Allen explained. “So I had no concerns about where he was.”

The two were trapped in the ditch for eight hours.

As hospitals tended to the wounded and global news coverage descended on Port Arthur, Bryant refused to surrender. After 18 hours, Bryant lit the guesthouse on fire, hoping to escape in the chaos.

“He set the place on fire and consequently set himself on fire as well,” said special operations commander Hank Timmerman. “His clothes as well were burning and he came running out on fire … so we had to extinguish him as well as arrest him.”

During the standoff, Bryant had killed the hostage. The Port Arthur massacre claimed the lives of 35 men, women, and children.

In 1987, the premier of New South Wales declared, “It will take a massacre in Tasmania before we get gun reform in Australia.”

The prediction was distressingly accurate.

The new rules banned automatic and semi-automatic long guns. Gun owners had to apply for a license and provide a “genuine reason” beyond personal protection for owning a gun.

The buyback program alone cut firearm suicides by 74%, saving 200 lives every year. And since the Port Arthur massacre in 1996, Australia has not had a single mass shooting. 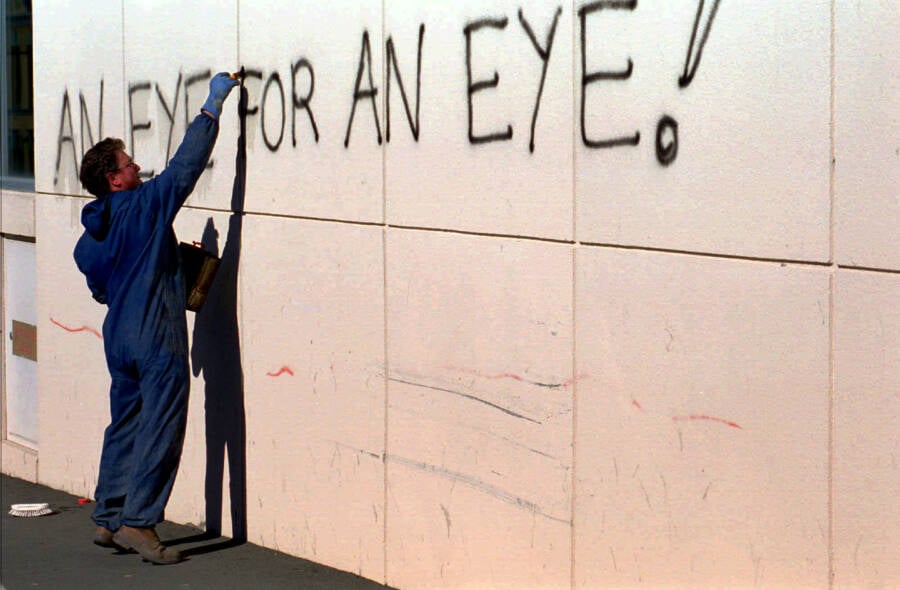 Fairfax Media via Getty ImagesGraffiti outside the hospital where Martin Bryant received treatment after the Port Arthur massacre.

As for Martin Bryant, he pleaded guilty to 35 counts of murder and received life in prison with no possibility of parole.

Australia’s reaction to Port Arthur stands in stark contrast to U.S. inaction after mass shootings. “Port Arthur was our Sandy Hook,” said Tim Fischer, Australia’s deputy prime minister during the massacre. “Port Arthur we acted on. The USA is not prepared to act on their tragedies.”