The Youngest Roman Amphitheater Ever Found Was Just Uncovered In Switzerland

The ruins of the amphitheater in the Swiss city of Kaiseraugst dates back to the fourth century A.D. in the late antiquity period. 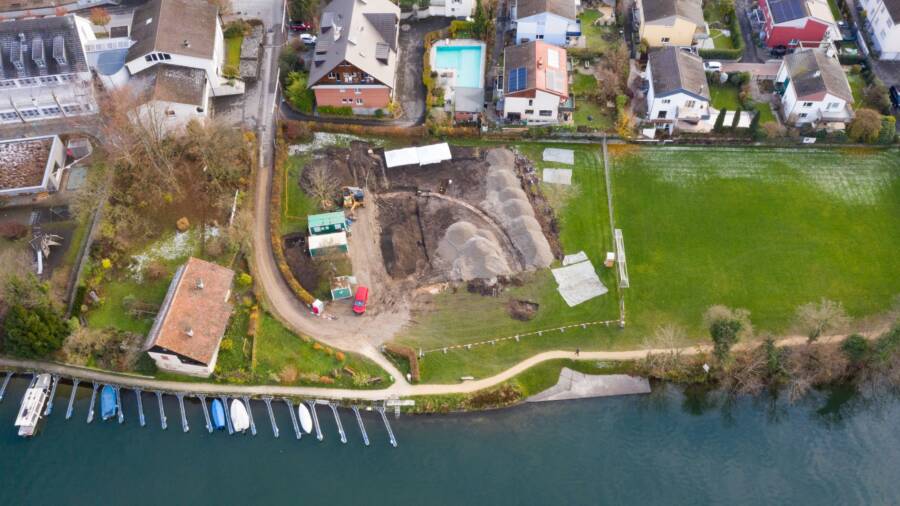 Department of Education, Culture and SportA drone photo of the excavation site.

When archeologists arrived to monitor the construction of a new boathouse in the Swiss city of Kaiseraugst, they expected to find ruins of a Roman quarry. Instead, the December 2021 construction project unearthed the walls of a once-mighty Roman amphitheater.

“The archaeologists were all the more surprised when an oval ring of walls came to light,” according to a statement about the discovery from the Department of Education, Culture, and Sport.

At first, archeologists weren’t sure what to make of the oval walls, which contained a space 164 feet (50 meters) long and 131 feet (40 meters) wide. But they soon uncovered new clues.

Along the banks of the Rhine, they found remnants of gates and side entrances complete with preserved sandstone thresholds. The archeologists also uncovered interior walls coated with plaster. And, significantly, they found wooden grandstands — evidenced by the imprint of a wooden post — where people likely once sat to cheer.

“All the evidence together, the oval, the entrances, and the post-placement for a tribune, speak for the interpretation as an amphitheater,” the Department of Education, Culture, and Sport stated.

To date, archeologists have found eight such ruins throughout Switzerland. They noted that these arenas were sites of “games such as gladiator fights and animal hunts … which were very popular at the time.”

But archeologists believe that this impressive arena dates back to the fourth century A.D. — which would make it the youngest Roman amphitheater ever found. 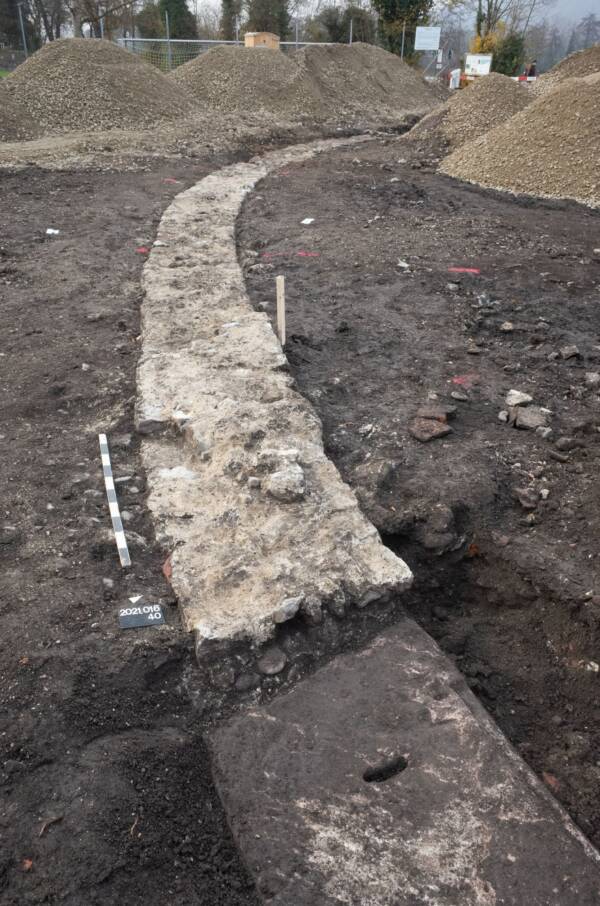 Department of Education, Culture and SportArcheologists found ruins of a wall covered in fine plaster.

To determine this date, archeologists weighed several clues. They’d found a coin at the site that dated between 337 and 341 A.D, suggesting, of course, that someone dropped it in the fourth century.

Plus, the archeologists knew that the Roman quarry at the site had been used during the late antiquity period. And Jakob Baerlocher, head of excavations in Kaiseraugst, noted that the arena’s stone blocks and mortars are also “reminiscent of that of the late antique fort wall.”

Since this period of late antiquity is thought to have dated from the late third century up until the sixth or seventh centuries, archeologists determined that the arena was likely used in the fourth.

At that point, the city of Kaiseraugst — then called Augusta Raurica— had a front-row seat to the fall of the Roman Empire. 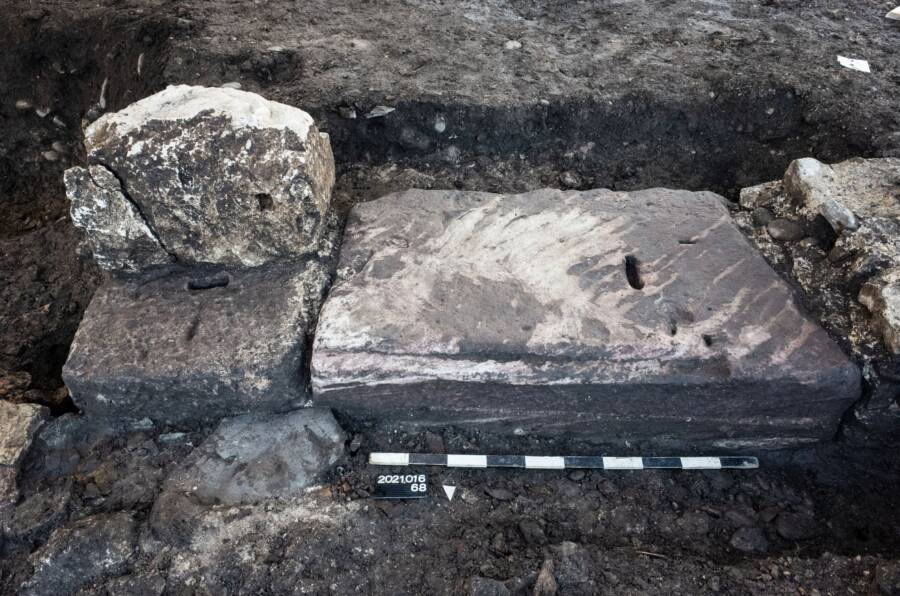 Department of Education, Culture and SportA sandstone block marking the threshold into the amphitheater.

Augusta Raurica was first founded as a Roman colony around 44 BC. Strategically placed along the Rhine and near several other outposts, the colony thrived and by 200 A.D. had between 10,000 and 20,000 inhabitants.

Though Roman emperors used Castrum Rauracense as a military base to beat back invaders, they eventually relinquished control of the fort. The Romans retreated around 400 A.D. as their empire stumbled to an end.

But archeologists note that the discovery of an amphitheater is especially significant given Kaiseraugst’s long Roman roots.

“The [amphitheater] thus underlines the importance of the Castrum Rauracense in the 4th century AD,” stated the Department of Culture, Education, and Sport.

Given the amphitheater’s important place in history, archeologists will now work to preserve it.

“Thanks to the close and good cooperation with the [boathouse] client, the construction project could be adapted in such a way that the Kaiseraugst amphitheater was preserved in the ground,” the Department of Culture, Education, and Sport explained.

The new boathouse will be built above the amphitheater, the statement said, allowing the arena to remain in its “original place” so that it may be “preserved for the future.”

In the end, it’s discoveries like these that keep archeologists digging. Great powers like the Roman Empire may have fallen, but they left compelling traces of their might across the swaths of lands that they conquered.