The Horrific Story Of Elisabeth Fritzl’s Children, Who Were Fathered By Their Own Grandpa

In 1984, Elisabeth Fritzl's father locked her in a basement cell in their home in Austria, where he repeatedly raped her over the course of 24 years. While in captivity, she gave birth to seven children.

When Elisabeth Fritzl was 18 years old, her father, Josef Fritzl, locked her in a prison lair he’d built in the family’s basement. Over the next two decades, he frequently raped her, and she gave birth to seven children — one of whom died shortly after birth.

Elisabeth’s six surviving children had one thing in common: they’d each been born in the dank basement cell, absent of doctors, medicine, and fresh air. But though they started at the same place, their lives unfolded in dramatically different ways.

At Ybbsstrasse number 40, an unassuming house in the Austrian town of Amstetten, three of Elisabeth Fritzl’s children remained with her in captivity. The other three were brought upstairs by Elisabeth’s father and captor, where they enjoyed music lessons, sunshine, and freedom.

Their lives — and their mother’s life — abruptly changed in 2008, when Elisabeth Fritzl’s harrowing 24 years of captivity finally came to an end. Then, the “upstairs” and “downstairs” siblings were finally reunited. So, where are Elisabeth Fritzl’s children today?

How Josef Fritzl Imprisoned His Daughter 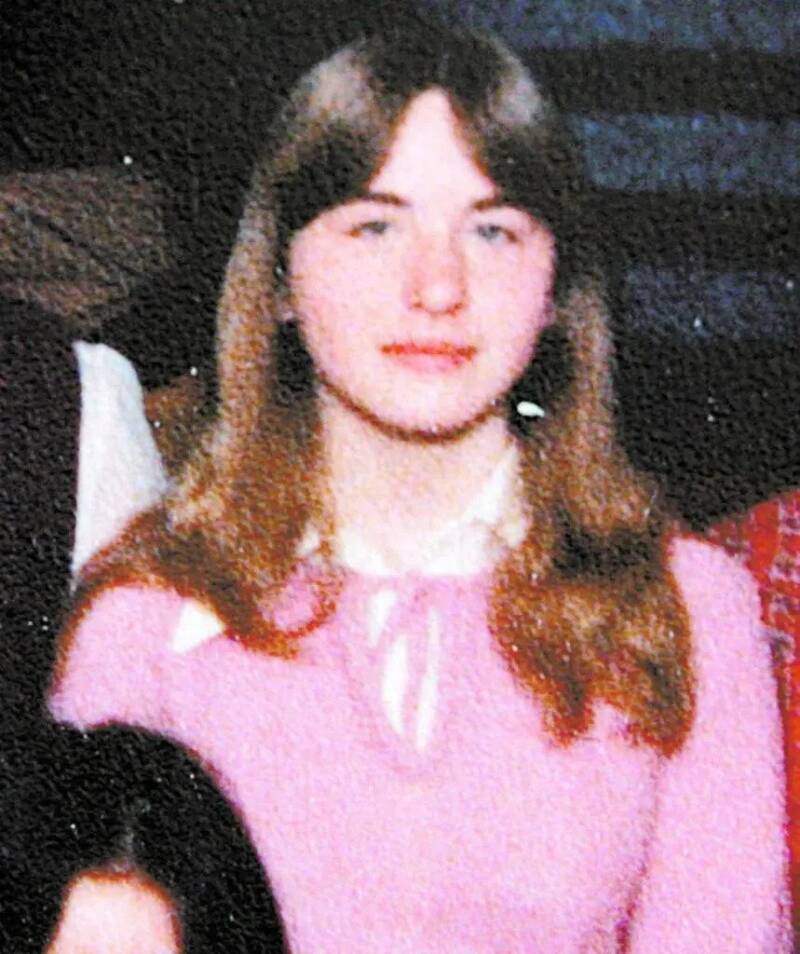 YouTubeElisabeth Fritzl at the age of 16, two years before her father imprisoned her their basement.

On Aug. 28, 1984, Elisabeth Fritzl’s life changed forever. Then, the 18-year-old agreed to follow her father into the basement to help him install a door. She wouldn’t emerge for 24 long years.

By that point, Elisabeth had reason to be wary of her father. According to Der Spiegel, Josef first raped her when she was 11 or 12, initiating a pattern of abuse that had continued for years.

But by 1984, it seemed that Elisabeth might finally escape his control. After training as a waitress, she had lined up a possible job in the Austrian town of Linz. Instead, she followed her father into the cellar, where he knocked her unconscious with ether and tied her to a bed with a metal chain.

Josef had long prepared to turn his daughter into his sex slave. According to The Guardian, he’d received permission to expand his cellar in the late 1970s. The electrical engineer had then meticulously built Elisabeth’s future prison, which included several windowless rooms stuffed into 650 square feet.

Over the next 24 years, Josef kept his daughter as his captive. Having convinced the outside world — and Elisabeth’s mother Rosemarie — that she’d joined a religious cult, he beat her, punished her by cutting off the electricity, and raped her some 3,000 times. And soon, Elisabeth Fritzl became pregnant. 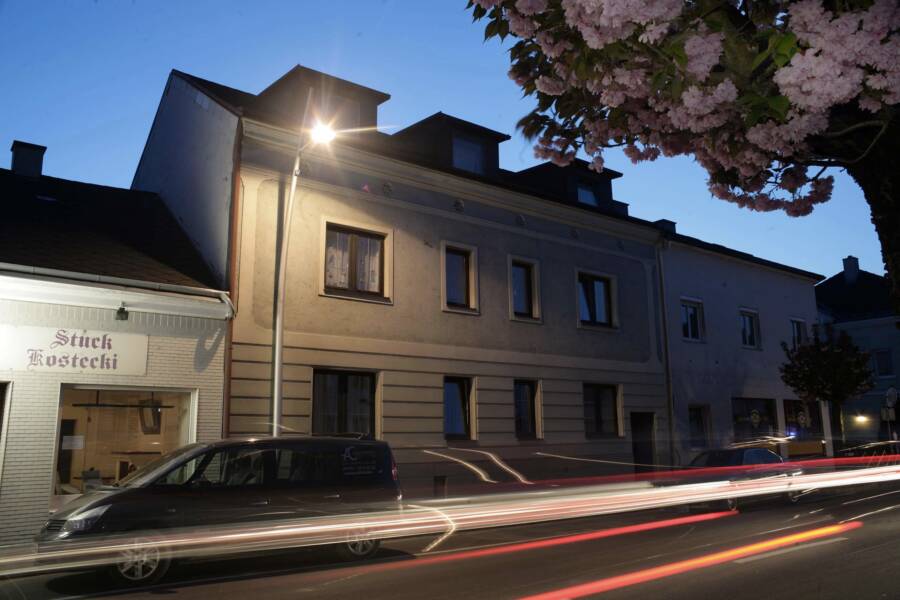 SID Lower Austria/Getty ImagesThe Fritzl house from the outside.

The first of Elisabeth Fritzl’s children was a girl, Kerstin. According to Telegraph, she was born almost exactly four years after Elisabeth’s imprisonment, on Aug. 30, 1988.

Unlike most expectant mothers in Austria, Elisabeth didn’t have the help of doctors or nurses during Kerstin’s birth. She delivered the baby alone with only a book on pregnancy, which her father had begrudgingly provided her, as a guide. He’d also given her scissors, a blanket, and diapers, though he didn’t check on Elisabeth and Kerstin until 10 days after she was born.

About a year and a half later in February 1990, Elisabeth gave birth again, this time to a boy, Stefan. He was followed by a third child, a girl, Lisa, in August 1992. But though Stefan and Kerstin remained with their mother, Josef decided to take Lisa out of the basement because of the lack of space.

According to Der Spiegel, he placed Lisa in a cardboard box outside the Fritzl home in May 1993, about nine months after her birth. Inside the box, he tucked in a letter from Elisabeth, which he’d forced her to write.

“Dear parents,” the coerced letter read, “I am leaving you my little daughter Lisa. Take good care of my little girl… I breastfed her for about 6 1/2 months, and now she drinks her milk from the bottle. She is a good girl, and she eats everything else from the spoon.”

The letter was enough to convince local social workers, who made a note of Josef and Rosemarie’s “shock.” They wrote, “The Fritzl family is taking loving care of Lisa and wishes to continue caring for her.”

As such, no one batted an eye when another child, nine-month-old Monika, showed up on the Fritzls’ doorstep in December 1994. Nor did anyone ask many questions when yet another of Elisabeth Fritzl’s children, this time a boy, Alexander, appeared in 1997.

No one would know — not until 2008 — that Alexander had been born a twin. His brother, Michael, had died a few days after birth. As Michael struggled to breathe, Josef had allegedly told Elisabeth, “What will be, will be.” He later burned the infant’s body in an incinerator and scattered his ashes in the family garden.

The last of Elisabeth Fritzl’s children, a boy, Felix, was born in 2002. But this time, Josef left Felix in the basement. He later told authorities that his wife couldn’t have cared for another child.

By 2008, Elisabeth Fritzl’s children were divided into two worlds. Three of them lived relatively normal lives upstairs. The other three lived in a windowless hell, having never seen the sky or the sun.

But that year, everything changed when Kerstin suddenly fell deathly ill. 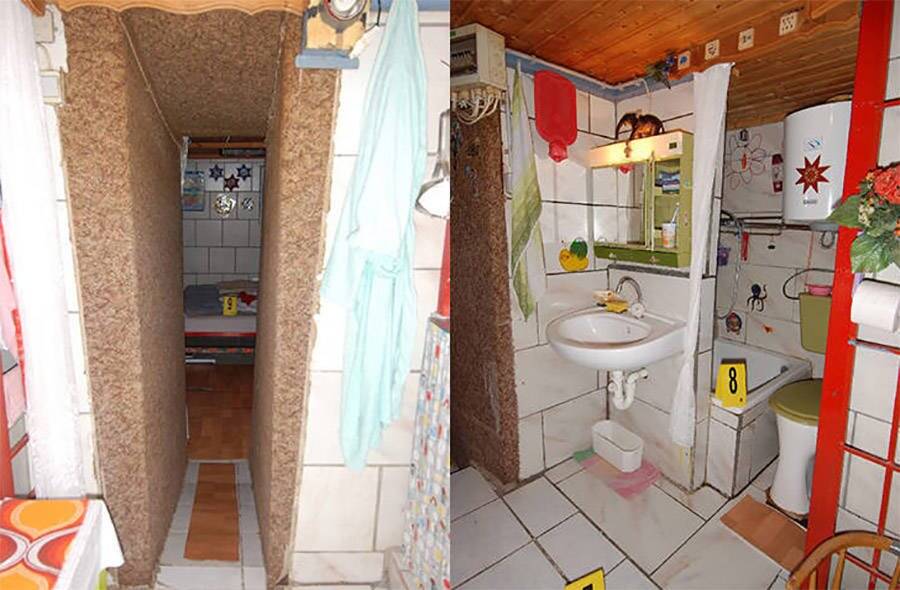 Elisabeth Fritzl’s eldest daughter, Kerstin Fritzl, had always been sickly. But in April 2008, she started to have terrible cramps and would bite her lips so hard that they bled. Elisabeth begged her father to take Kerstin to the hospital and, on April 19, Josef obliged.

Before he took Kerstin out of the basement, Elisabeth slipped a note in her pocket. “Please, please help her,” Elisabeth wrote, suggesting that doctors treat Kerstin with aspirin and cough medicine. “Kerstin is really terrified of other people. She was never in a hospital.”

This, and the severe neglect that Kerstin Fritzl clearly had suffered, roused the doctors’ suspicions. They asked for her mother to come forward to help save her life. And, incredibly, Josef allowed Elisabeth to do so. According to The Guardian, he announced that Elisabeth had decided to come home with Stefan and Felix.

Once Elisabeth was alone with the police, however, she made a deal. If they promised she would never see her father again, she would tell them everything. The police agreed, and Elisabeth began a story that started 24 years earlier, in August 1984.

The lives of Elisabeth Fritzl’s children would never be the same. As doctors treated Kerstin Fritzl in the hospital, her “upstairs” and “downstairs” siblings met for the first time since they were babies. But they faced a long, long road to recovery.

The New Life Of Elisabeth Fritzl’s Children In ‘Village X’

Today, Elisabeth Fritzl’s children live with their mother in an undisclosed location in Austria known only as ‘Village X.’ They’re free — and back together — but life hasn’t been easy.

According to The Independent, the two sets of siblings initially struggled to adjust to their new realities. The “upstairs” children suffered from guilt; the “downstairs” children found it difficult to bond with their siblings.

After all, the “upstairs” children — Lisa, Monika, and Alexander — had enjoyed a normal childhood with their grandparents. But the “downstairs” children — Kerstin, Stefan, and Felix — emerged from the cellar pale and stooped, having never seen the sun or taken a breath of fresh air.

Though not much is known about Elisabeth Fritzl’s children nowadays, The Independent suggests that they’ve gotten closer as the years passed. And their mother, who emerged from the cellar white-haired and gaunt, has taken to shopping, wearing colorful jeans, and driving a car.

Helpfully, Elisabeth Fritzl and her children also have new identities so that they can make a fresh start. They have new lives. And with Josef Fritzl in prison for the foreseeable future, they’re free to forge their own paths, far from his basement prison, his secrets, and his lies.

After reading about Elisabeth Fritzl’s children, discover the story of Natascha Kampusch, the Austrian girl held for 3,000 days by her kidnapper. Or, look through these six shocking cases of famous incest in human history.