Scientists already knew that dolphins use "signature whistles" to identify themselves, but now they know that they also use the taste of urine. 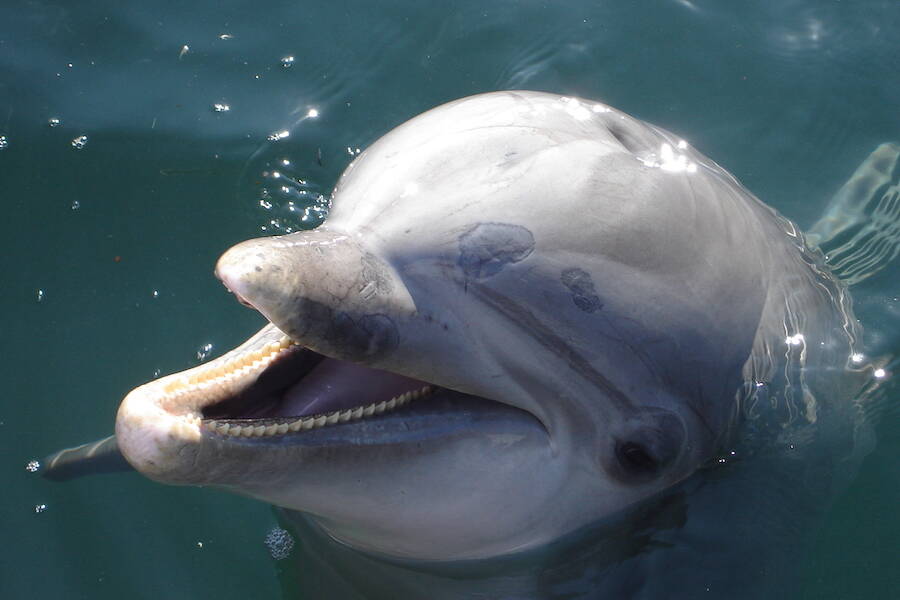 Wikimedia CommonsThe study showed dolphins can recognize each other through taste alone – unlike any other vertebrate.

While humans can easily recognize friends by their faces, bottlenose dolphins don’t have that luxury. Instead, these aquatic mammals generally identify each other with signature whistles that serve as names, but a new study has just showed that they’re also familiar with each other’s urine — and can identify their friends by tasting it.

According to VICE, this research project — conducted by scientists from the University of St. Andrews in Scotland and the Stephen F. Austin State University in Texas — set out to learn more about dolphins’ “signature whistles,” the specific calls they use to refer to themselves.

Researchers used captive bottlenose dolphins from two Dolphin Quest resort locations in Bermuda and Hawaii. These animals have now spent years performing for tourists or swimming with paying customers, but live in seawater tanks with their natural social groups — and were thus the ideal subjects. 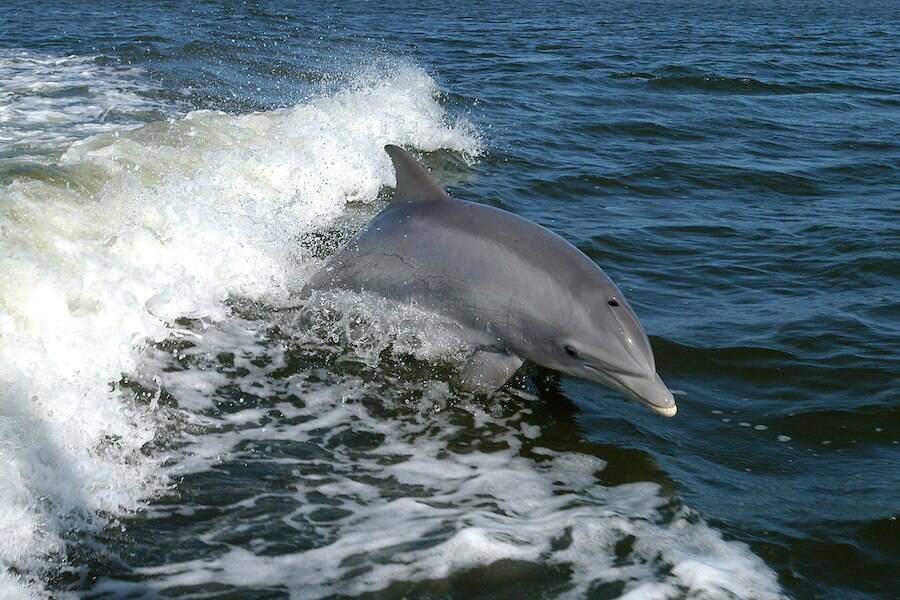 Stephen F. Austin State University marine biologist Jason Bruck has long been fascinated by how dolphins identify each other. The study co-author explained that these animals “essentially, come up with their own name,” but that scientists have long wondered if those signature whistles work similarly to human names.

“If I name your best friend, you’ll picture them in your head, right?” Bruck said. “That’s what we’re trying to get at.”

The researchers first proposed using high-definition televisions to see if dolphins could identify each other facially. Bruck said they reassessed as TVs “would have been very heavy, very expensive, and very hard to move around.” That’s when the team recalled stories of dolphins joyfully swimming through each other’s “plumes of urine.”

It’s important to note that dolphins don’t possess a sense of smell as they don’t have an olfactory bulb. Since they’ve been previously observed barreling through each other’s pee with their mouths open, however, the experts theorized that these animals must be learning something from each other’s urine through taste. 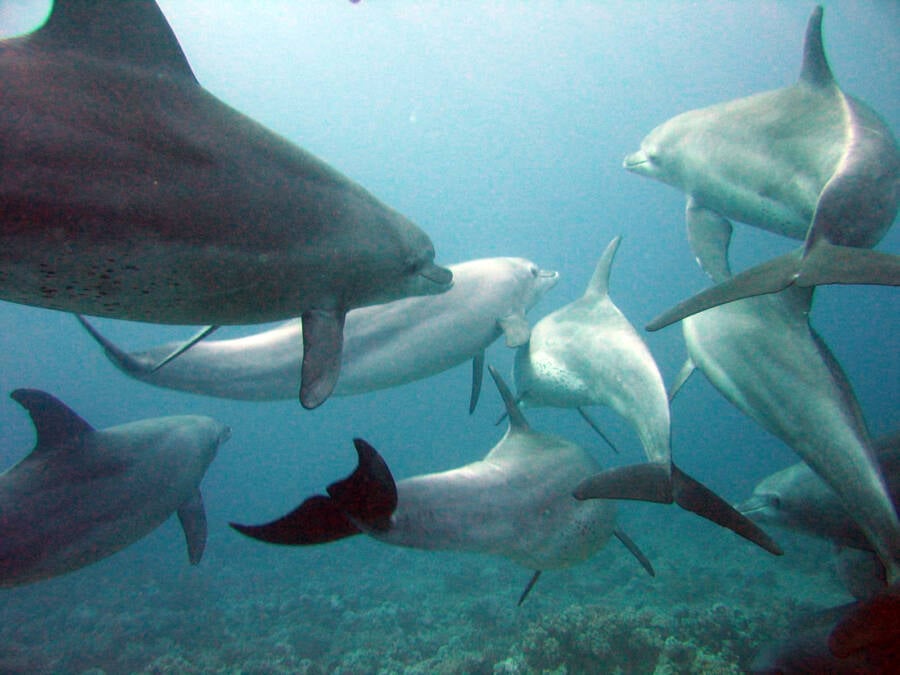 Wikimedia CommonsThe dolphins in question were from Dolphin Quest resorts in Bermuda and Hawaii.

So the researchers placed a dolphin’s pee “in a little cup at the end of a very long pole” and poured it in front of another dolphin. They simultaneously played the signature whistle of another dolphin that the test dolphin knew or didn’t know. Amazingly, the researchers found the test dolphin swimming off when the taste didn’t match the whistle of a dolphin they knew.

When it did, however, the dolphin stuck around.

The test subject would gleefully open its mouth and use its tongue to sample the urine. Remarkably, it even swam toward the underwater speaker playing the signature whistle of the dolphin whose urine was used. No other vertebrate can recognize its friends from their pee like this.

“It was a shot in the dark,” Bruck told HuffPost. “And I was not expecting it to work, to be honest. In other animals, it’s very difficult to separate the sense of smell from the sense of taste. So this is a really exciting opportunity to just study how taste works in this really unique way.” 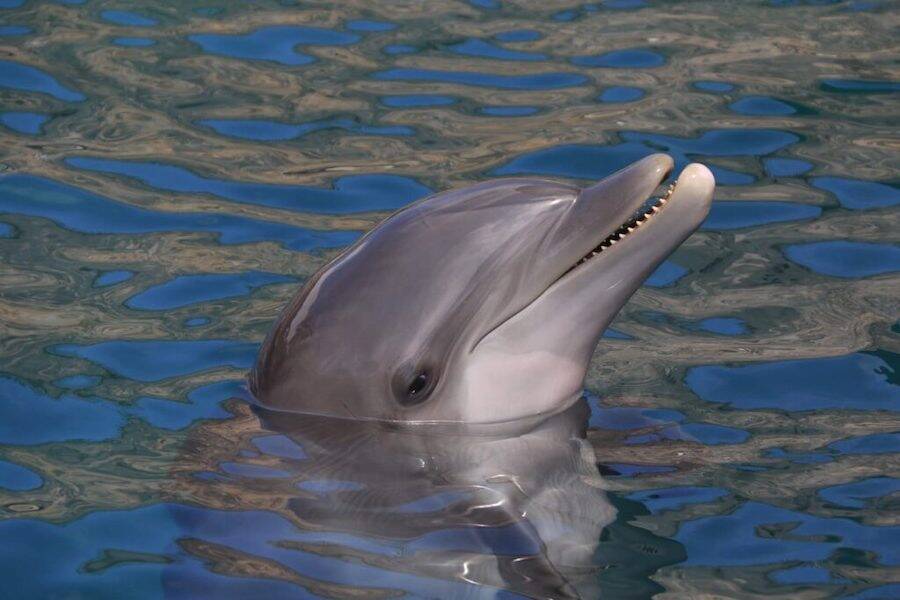 A marine biologist at the Woods Hole Oceanographic Institute, Laela Sayigh believes this fascinating discovery might precede countless others regarding dolphins and their social interactions. Bruck was certainly in agreement when he said this opened the door for “powerful avenues for future research.”

Ultimately, however, far more research needs to be done. This study was based solely on two groups of bottlenose dolphins, after all. Countless questions remain: how long does it take for dolphins to develop this sound and taste connection? Do other subspecies exhibit the same trait? Can the research be repeated?

“We still know very little about how the sense of taste works in dolphins,” said lead author of the study Vincent Janik. “Other studies have shown that they lost a lot of the common tastes that we find in other mammals such as sour, sweet, umami, or bitter. But they have unusual sensory cells on their tongue that are probably involved in this detection of individual tastes of other animals.”

But perhaps the most satisfying aspect of the study was how much the test subjects appeared to be enjoying themselves.

“The dolphins were very, very keen to participate,” said Bruck. “Usually, dolphins get bored with my experiments. We were tapping into something that is part of the dolphins’ world.”

After reading about the urine-centric study of dolphin friendship, learn about the study that shows most people can’t write or recognize a lowercase “g.” Then, read about the study confirming dolphins have conversations like humans do.