Archeologists believe that ancient travelers might have stopped to stay at an inn, visit a blacksmith, or even pray in a small temple that all date to the 1st century C.E. 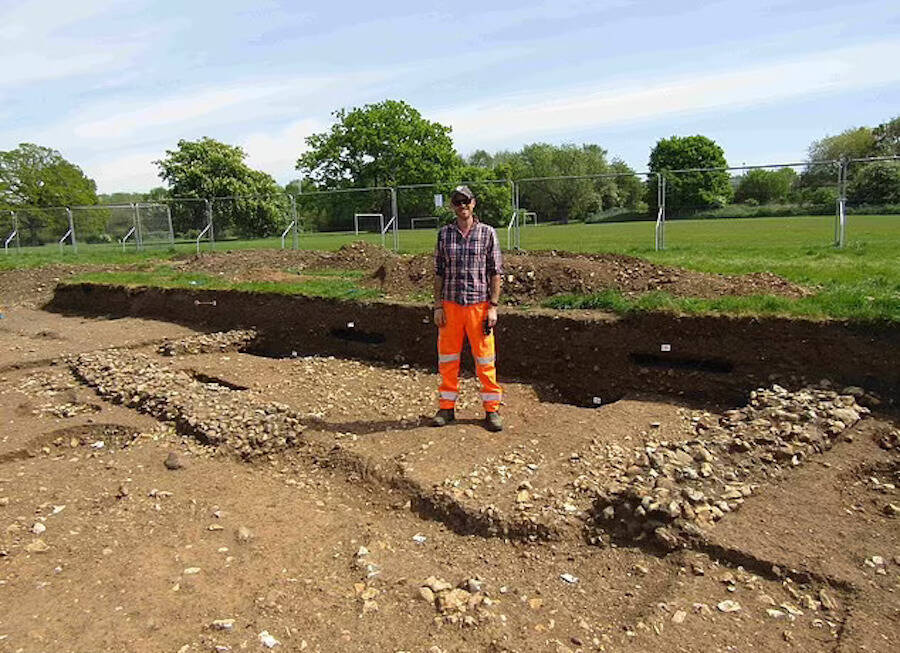 Oxford Archaeology/Pen NewsArchaeologists uncovered the service station along an ancient Roman road in Bishop’s Stortford, about 30 miles northeast of London.

Modern-day travelers often like to stop to grab a snack and stretch their legs. And, apparently, so did ancient Romans. Archeologists in England have just uncovered what was once a busting “service station” alongside a major Roman route in Bishop’s Stortford, Hertfordshire.

“It’s quite like a service [station],” project manager Andrew Greef of Oxford Archaeology told The Daily Mail. “You’d have been able to stop. Everything would have been available for you at the roadside.”

Archeologists found evidence of an ancient inn, a blacksmith’s shop, and a temple where weary travelers could pray. They also found an assortment of Roman coins and other metal items like pots, suggesting that the area was a thriving place for buyers and sellers. Because some of the coins date to Nero’s reign (54 C.E. – 68 C.E.), archaeologists believe that the station was in use during the 1st century C.E.

“We’re getting a lot of evidence for trade and commerce going on on-site,” Greef explained to The Daily Mail. “I think you’re looking at some kind of stopover point or something associated with supply and trade, rather than just your average settlement.”

That makes sense, as the ancient service station was located along a major Roman road — Greef pointed out that it lies almost precisely halfway between Roman Colchester and St. Albans, two important settlements.

“It’s also at a river crossing, which is a strategic location, and they would have been utilizing the River Stort for transporting goods and materials, so you’re essentially at a crossroads,” Greef said. 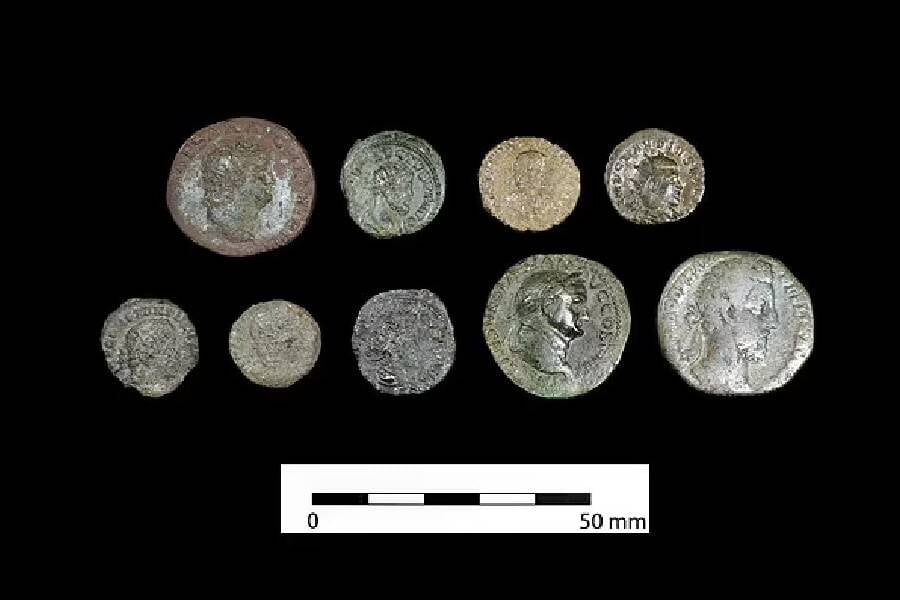 Oxford Archaeology/Pen NewsSome of the coins dated back to the reign of Emperor Nero, who ruled during the 1st century C.E.

Incredibly, the archeologists on Greef’s team didn’t go looking for the service station. According to Ancient Origins, Oxford Archaeology was hired to perform a evaluation of the area prior to the construction of a soccer field. Instead, they found what Oxford Archaeology project office Neal Mason called “everything you could possibly hope for from a Roman site.”

Indeed, they found more at the site than just the service station.

Alongside the evidence of the Roman service station, archeologists also came across a cemetery, military weapons, and the remains of ancient livestock. Mason called it a “once in a lifetime discovery.”

The cemetery appears to be Christian, with about 87 graves dating from the 3rd or 4th centuries. According to The Bishop’s Stortford Independent, the graves don’t appear to contain any grave goods, but they do have nails, suggesting that ancient people once used wooden coffins.

The skeletons themselves are in various states, with some almost entirely intact and others degraded. In at least one instance, archeologists found what appears to be the remnants of human cremation. 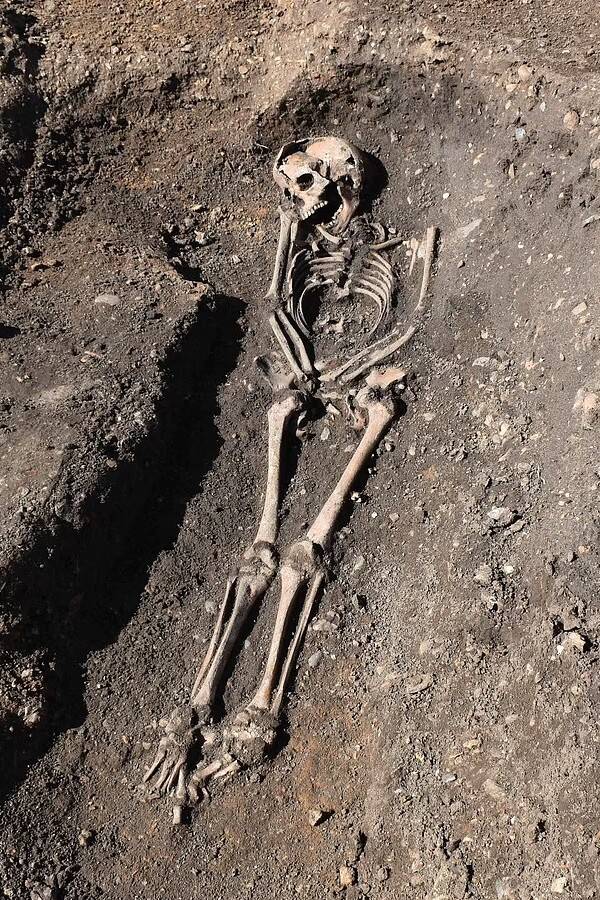 In addition, archeologists found military weapons like spearheads and a caltrop, a form of ancient Roman landmine, leading some to speculate that the service station had been originally established by Roman military veterans who’d been gifted land and sought to profit from passing trade.

“One thing that’s really intriguing is the amount of military-related objects and getting to the bottom of how this relates to how the army would’ve been using the site,” Greef noted. “So that’s something we’re going to be looking at further in the post-excavation process.”

Overall, Greef and the others are absolutely astounded at the number of artifacts they’ve found in and around the ancient Roman service station.

“For such a small area, the sheer quantity of archaeology and the amount of finds is more what you’d find in an urban center like London really,'” Greef told The Daily Mail. “It’s definitely significant, you don’t get very many opportunities to excavate roadside settlements along the lines of major routes.”

Archeologists will continue to analyze the objects they found, and those artifacts will soon be housed at the Bishop’s Stortford Museum. They also hope to continue to search beyond the original perimeter but, according to Ancient Origins, will need permission to do so.

Either way, they’re thrilled by what their excavations have turned up so far.

“From the 1st-century road to the 5th-century cemetery and with religious and military use, this site has many different layers and it just keeps giving,” Neal Mason told The Bishop’s Stortford Independent. “It’s been brilliant.”

After reading about the ancient Roman service station discovered in England, see how archeologists found a 2,000-year-old Roman mosaic in the shadow of London’s Shard. Or, discover the story of the ancient Scottish weapons found underneath a soccer field.