Taken from the ancient Greek words for “love” and “monster,” teratophilia involves the sexual attraction to fantasy creatures like Bigfoot — and sometimes real-life people with deformities.

One could easily mistake teratophilia as the Latin term for some type of horrifying disease. However, it defines the sexual attraction to fictional monsters or people with deformities. Teratophiles certainly comprise a small chunk of the world’s population, but the subculture has grown in visibility and popularity over the years.

Clinically known as a paraphilia, this intense sexual arousal to atypical individuals or fantasies has been part of society for centuries. From vampire mythology and paperback romances about Bigfoot to Academy Award-winning movies about amphibian lovers, teratophilia has only become more popular over the last few decades. 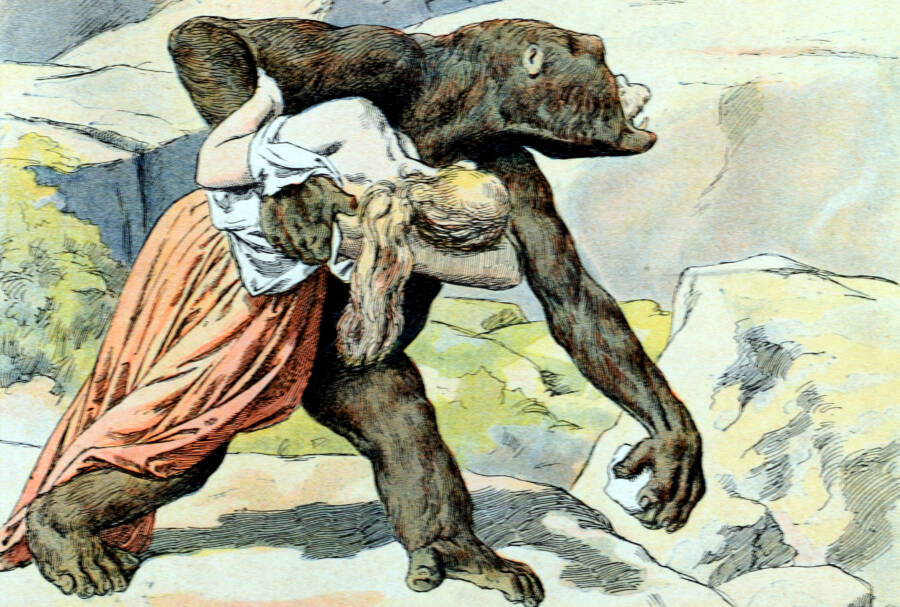 Chris Hellier/Corbis/Getty ImagesA Bigfoot or Sasquatch carrying a woman to its lair in an 1897 example of teratophilia.

And with the internet in every pocket and the rise of social media, teratophilia likely has yet to reach its peak.

What was once mostly found on the most obscure erotica blogs online has since spawned sex toys molded after the genitalia of fictional characters like Godzilla and Marvel Comics’ Venom.

One might be surprised that this creature-based attraction even exists, but its tentacles reach as far back as Ancient Greece, from whence the term was coined. From the days of antiquity to modern-day Tumblr, teratophilia has stood the test of time.

The History Of Teratophilia

The term teratophilia derives from the Ancient Greek words teras and philia, which respectively translate to monster and love. Terato, meanwhile, refers to physical abnormalities like birth defects. 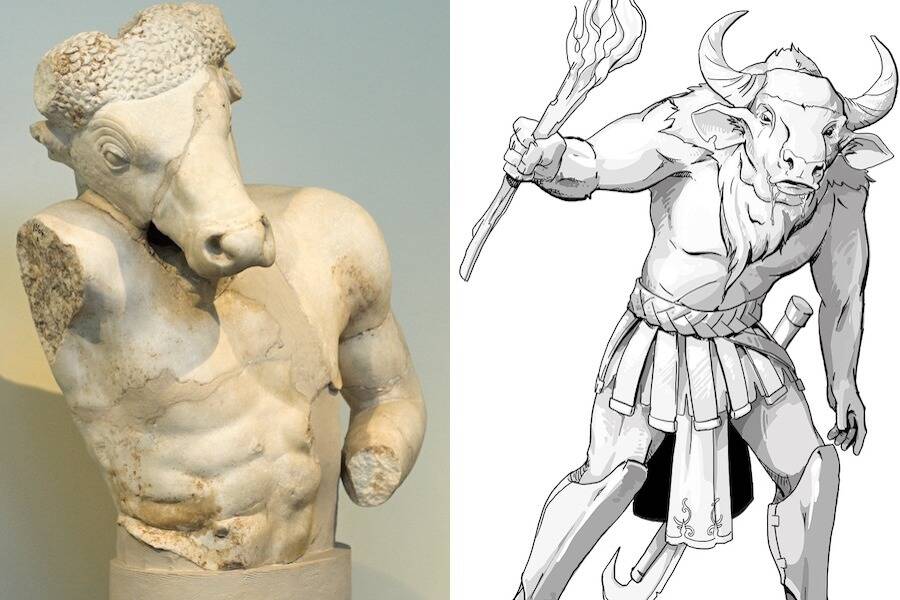 Wikimedia CommonsThe Minotaur from Greek mythology may have been the earliest representation of teratophilia.

The most ardent teratophiles believe their desires are broader than sexuality, however, and that their attraction to monsters or the deformed merely allows them to cherish beauty where society suggests they shouldn’t.

Teratophiles are often unable to engage in sexual relations with the creatures they desire since they tend to be fictional. Ultimately, however, teratophilia and zoophilia, or the attraction to animals, do appear to share an ancient foundation.

The oldest-known representation of teratophilia is perhaps the Minotaur from Greek mythology. Legend has it that Queen Pasiphae of Crete was so desperate to have sex with a bull that a carpenter named Daedalus built a wooden cow for her to climb inside of — and be wheeled into a meadow to copulate with a bull.

The result was a half-human, half-bull with the body of the former but the head and tail of the latter.

Teratophilia gained steam with the advent of the printing press like any other subject and spawned a litany of monster romances throughout history. These have often centered on the marginalized of society: women, minorities, transgender individuals, and the disabled. Psychotherapist Kristie Overstreet believes there’s a link. 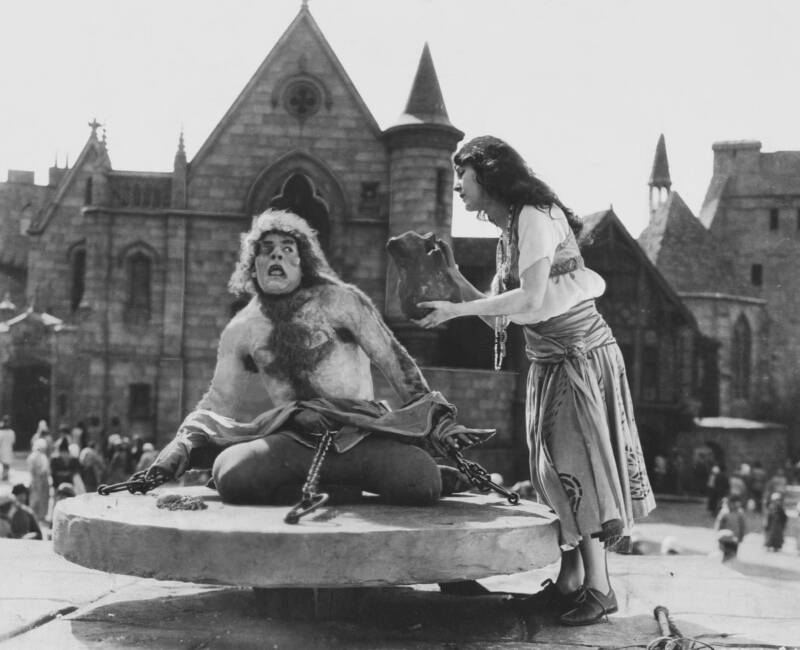 Wikimedia CommonsQuasimodo and Esmeralda in a movie adaptation of The Hunchback of Notre Dame.

“The need to be accepted for who you are links otherness with the monstrous,” she said. “Being different attracts you to others who are seen as different, so there is comfort in being connected with another person that understands.”

One of the most famous examples is the Quasimodo character from Victor Hugo’s The Hunchback of Notre Dame, who falls in love with a woman named Esmeralda only to be killed by terrified townsfolk. Beauty and the Beast by Gabrielle-Suzanne Barbot de Villeneuve could practically serve as a companion piece.

“The longer I’m in this business and reading other people’s work, I’m beginning to realize that it’s this capture fantasy, where you kind of have this thrill about being kidnapped and ravished, but of course, you would never want that to happen to you in real life,” she said. 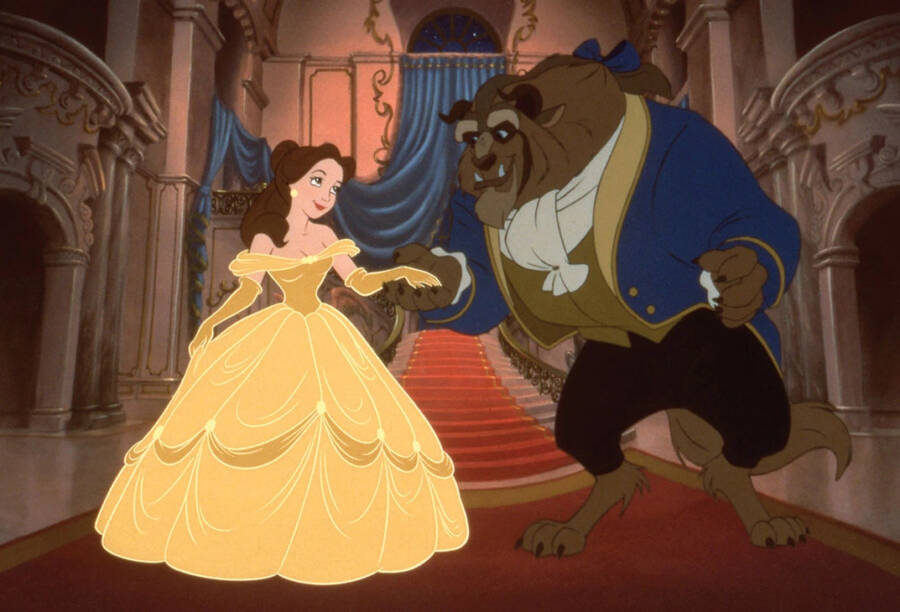 DisneyDisney’s Beauty and the Beast was arguably one of the most popular teratophilia-centric movies of all time.

“The danger of it, the dark quality to it and the taboo nature of it, I think that all appeals — and actually mostly to female readers … Why do we read books? So that we can go somewhere else for a while and experience something that will never happen to us.”

While Wade only made $5 in the first month of self-publishing her Bigfoot book, it received over 100,000 downloads within one year and saw Wade earn over $30,000 during the most successful months to come. Bigfoot-centered teratophilia even found its way into politics in 2018.

Onlookers were stunned when Democratic candidate Leslie Cockburn of Virginia’s 5th Congressional District tweeted a drawing by her Republican opponent Denver Riggleman that featured a nude Bigfoot with a sizable member. While Riggleman claimed it was drawn for fun, teratophilia had suddenly entered the political arena.

It was only a few months later that director Guillermo del Toro won the Academy Award for Best Picture for his romantic fantasy film The Shape of Water. Centered on the sexual relationship between an amphibian creature and a human woman, it created quite a buzz — and profits for sex toy manufacturers. 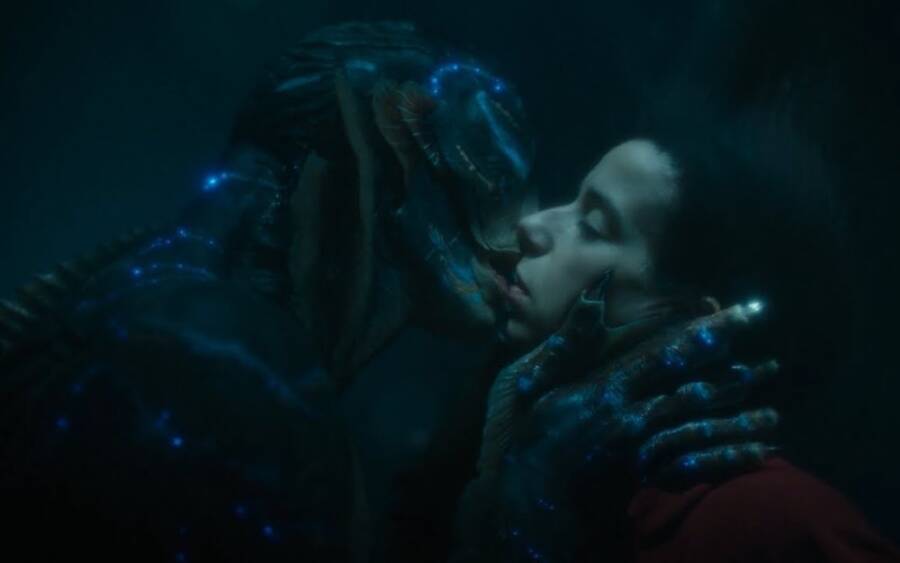 Fox Searchlight PicturesXenoCat Artifacts manufactured sex toys molded after the genitalia of the amphibian protagonist from The Shape of Water in 2017.

“I’ve been anticipating this movie for a while,” said Ere, owner of XenoCat Artifacts. “The shape, the character design are gorgeous — and I love del Toro’s work.”

Teratophilia has only become more popular as society has created more ways in which to share it. From oral myth and early literature to fawning internet users today, it doesn’t look like teratophiles are going anywhere — especially when a film involving their attractions was awarded an Oscar.

After learning about teratophilia, read about the 10 weirdest people in history. Then, learn about Margaret Howe Lovatt and her sexual encounters with a dolphin.